WHY was drunken Chris Pincher not ­immediately kicked off the Tory benches for his alleged groping shame?

It would have reflected far better on Boris Johnson’s judgment had he suspended him as soon as The Sun’s exclusive dropped.

Pincher had already confessed, apologised and quit his Government role.

Better to have withdrawn the whip then and ordered a probe.

Not doing so outraged ex-MP Neil Parish, who WAS unceremoniously dumped by the Tories and wanted Pincher treated equally. 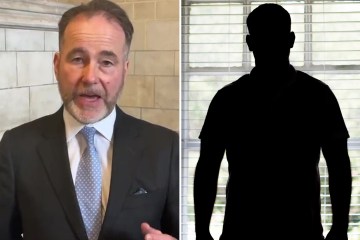 Questions will be asked about how No10 and the Cabinet Office appointed Pincher to a role overseeing MPs’ discipline and welfare.

He’d already quit such a job in 2017 after similar allegations.

Whatever the reasoning his name now joins a miserable roll-call of Conservative scandal, resignations and suspensions which grows longer by the week.

But this is not solely a Tory problem, whatever Labour’s cynical opportunists claim. All parties are deep in the mire.

One of its MPs Claudia Webbe, now an independent, got a suspended jail term last year for threatening a love rival with acid.

Labour’s Fiona Onasanya was banged up for lying to police. Past Labour MPs did time for expenses fraud.

The Lib Dems’ Chris Huhne was jailed for perverting justice.

And the SNP can hardly gloat over Pincher. Not when their insufferably sanctimonious Westminster leader Ian Blackford rallied support for his ex-chief whip Patrick Grady, accused of sexually assaulting a teenager.

And this is just the wrongdoing we know about.

How much more is this staggeringly disreputable cohort of politicians guilty of?

A VAT cut isn’t the cure-all it might seem.

It would make everything cheaper for all short-term. Longer-term, that risks making this inflation nightmare worse.

Better, surely, to target the real source of pain: Fuel prices and energy bills, both making food more costly too.

Slashing VAT and green levies on energy and VAT and duty on petrol and diesel makes more sense to us.

How about it, Rishi?

HERE’S a healthy dollop of good news. Harvester is poised to reinstate our self-serve all-you-can-eat salads.

What’s more, it’s thanks to Sun readers’ protests after we revealed the iconic green accompaniments were in peril.