BILL Barr has reportedly dismissed Donald Trump’s attacks as a “deposed king ranting” and bullishly said he is not “intimidated” by the President.

Sources claimed Barr is standing firm after Trump called him a “big disappointment” over failing to reveal the Justice Department investigation into Joe Biden’s son Hunter. 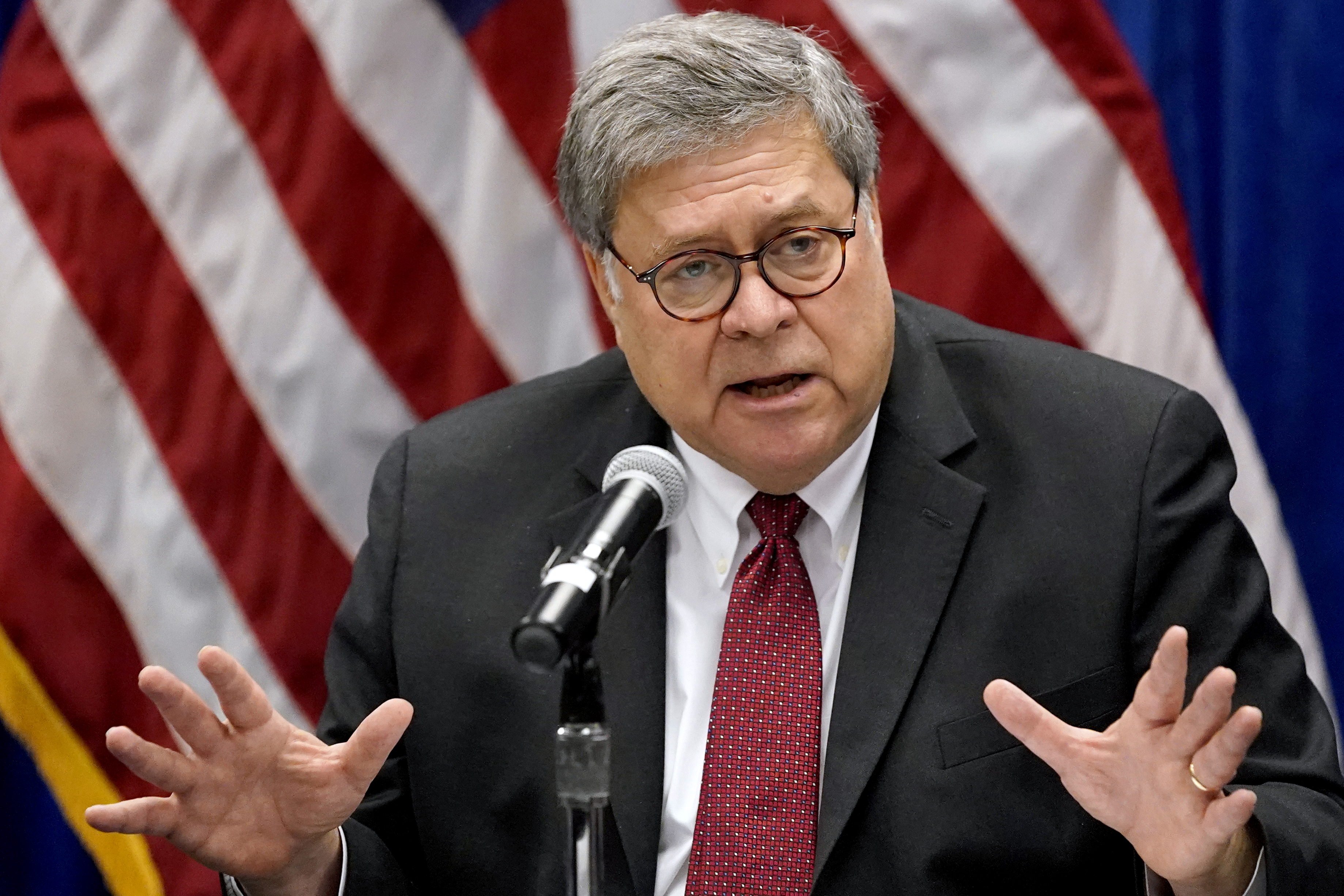 Bill Barr has reportedly refused to back down amid criticism from Donald TrumpCredit: AP:Associated Press 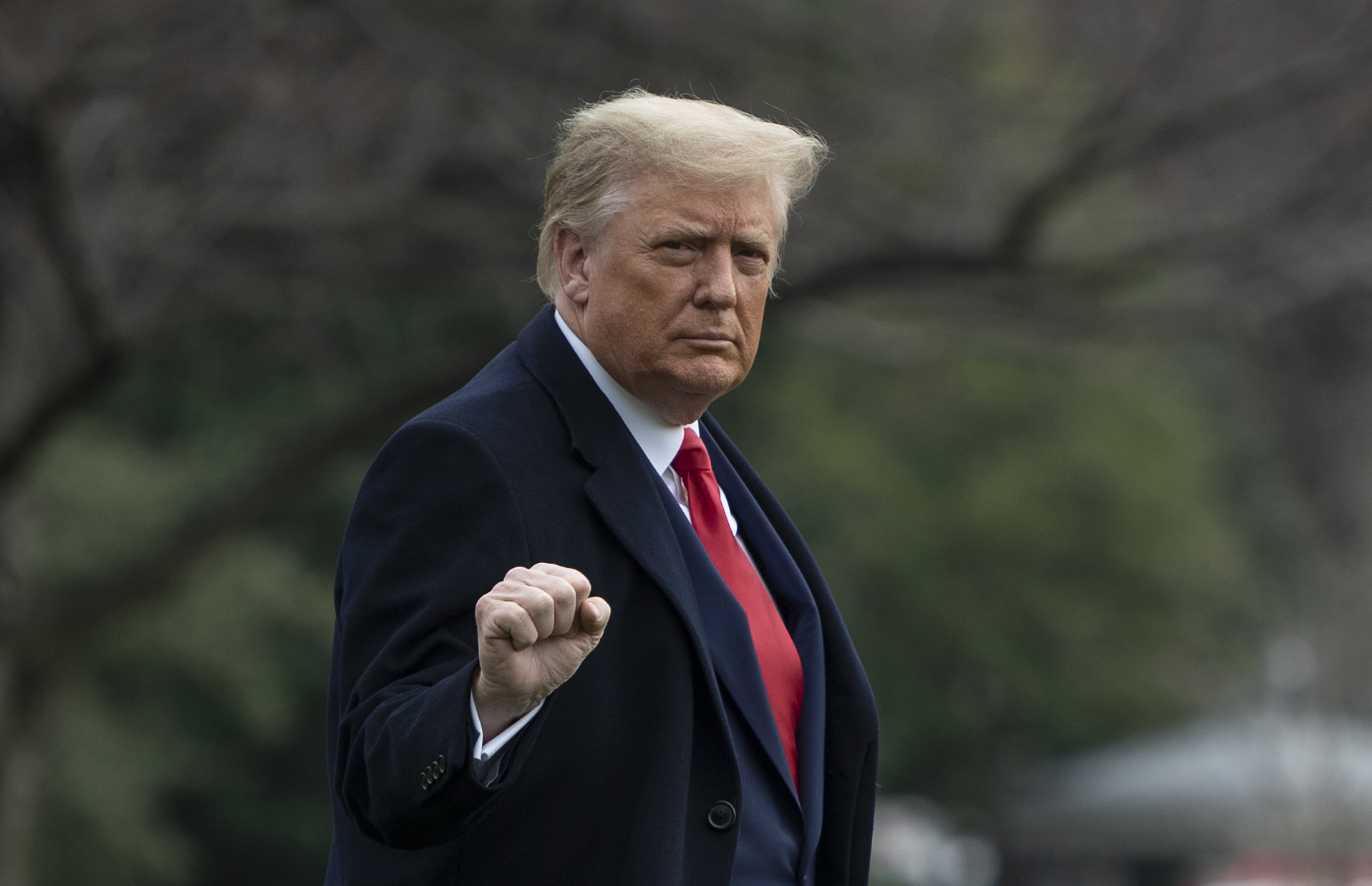 Donald Trump has taken aim at Barr over allegations of voter fraud and the FBI probe into Hunter BidenCredit: AFP 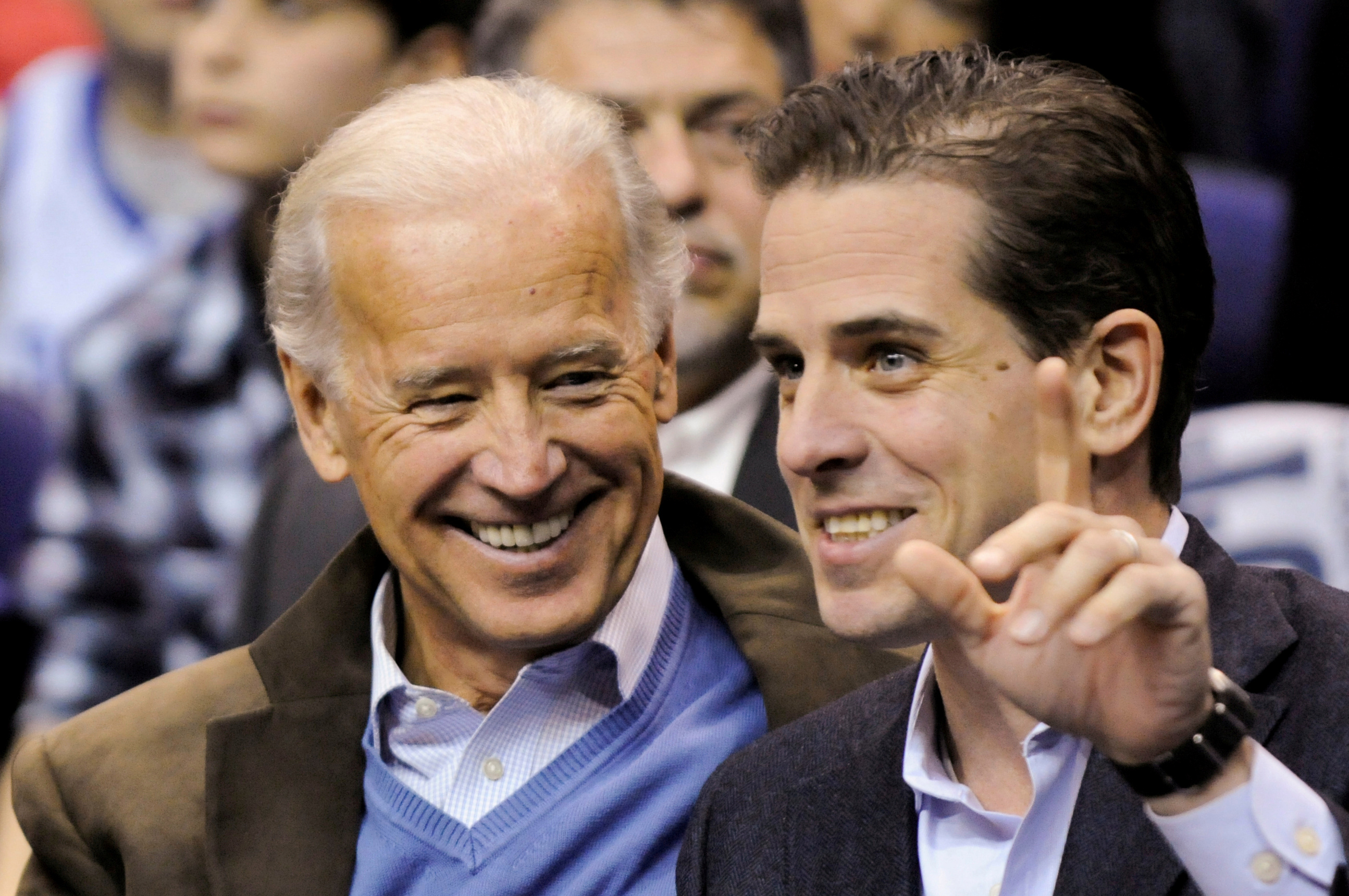 Hunter Biden is being investigated by the FBI over his taxesCredit: REUTERS

The President lashed out at Barr on Saturday morning via Twitter and retweeted a call for the attorney general to be fired as he is furious the probe was not made public.

Barr however is standing firm and plans to ride out the next 38 days until both he and the Trump leave office to make way for president elect Biden.

CNN reported sources said the AG “‘cannot be intimidated by Trump” and has dismissed the president’s outbursts as a “deposed king ranting”.

He is said to have branded it “irrelevant to the course of justice and to Trump’s election loss” amid the growing rift between the two men.

“[Barr] is not someone who takes bullying and turns the other cheek,” the source added.

Trump appointed Barr and until very recently the pair were seen as close allies, with the AG previously being accused of working to squash probes against the President.

Barr reportedly will only quit if he believes Trump is about to fire him – and the source added tensions between the two men are currently like a “Cold War”.

They initially fell out over what Trump perceived as inaction by the DoJ on his baseless claims of a rigged election.

It emerged on Wednesday that Hunter is being probed by the FBI over alleged money laundering and his ties to China.

The President-elect’s son, 50, revealed that his “tax affairs” were being investigate – however it is claimed agents have launched a much more wide-ranging probe.

Trump is understood be furious at Barr for failing to release information about the probe before the election – appearing to believe it could have helped swing the vote in his favor, despite also insisting he won. 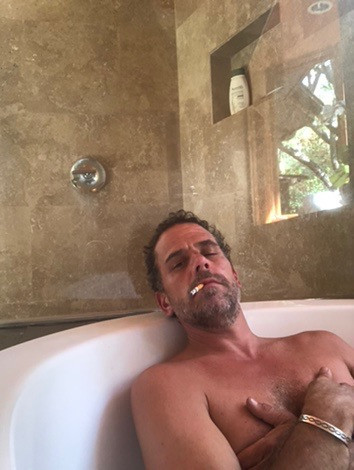 Hunter Biden is facing questions about his business dealings overseas 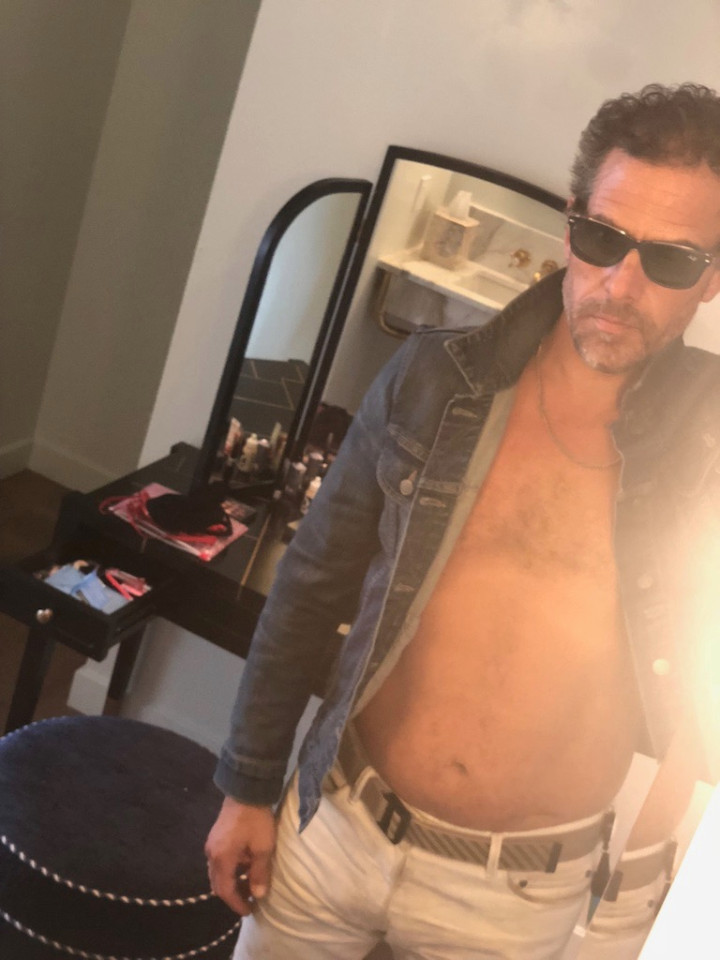 Barr and Trump initially butted heads when he said the DoJ had found no evidence of widespread election fraud – despite repeated claims from Trump and his allies.

The two men reportedly had an icy meeting at the White House earlier in December, and last week Trump is reported to have raised the possibility of firing Barr.

“Why didn’t Bill Barr reveal the truth to the public, before the Election, about Hunter Biden,” he tweeted.

“Joe was lying on the debate stage that nothing was wrong, or going on – Press confirmed. Big disadvantage for Republicans at the polls.”

Continuing to push the narrative that he can overturn the election result, Trump added: “IF Biden gets in, nothing will happen to Hunter or Joe.

“Barr will do nothing, and the new group of partisan killers coming in will quickly kill it all.” 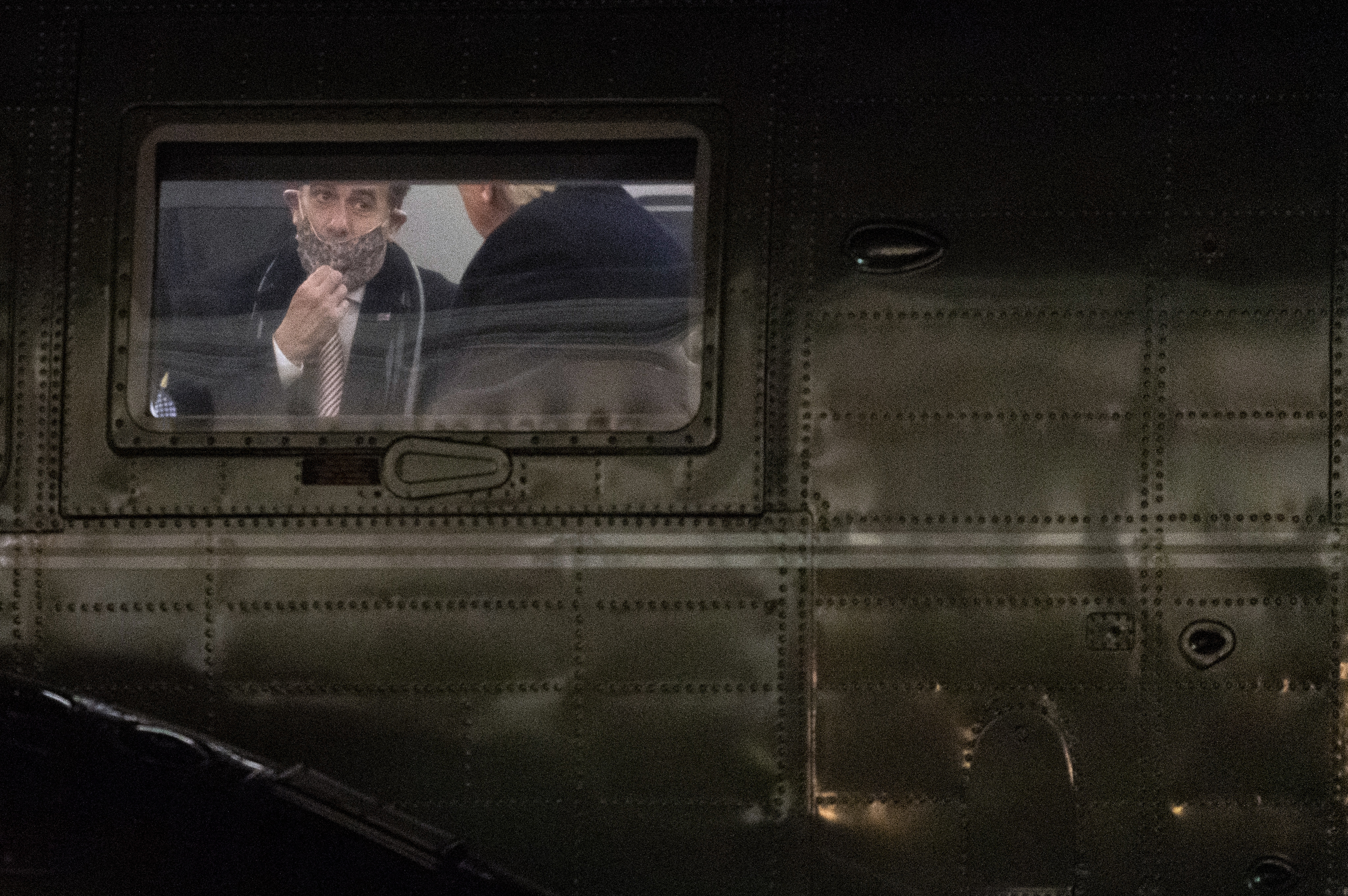 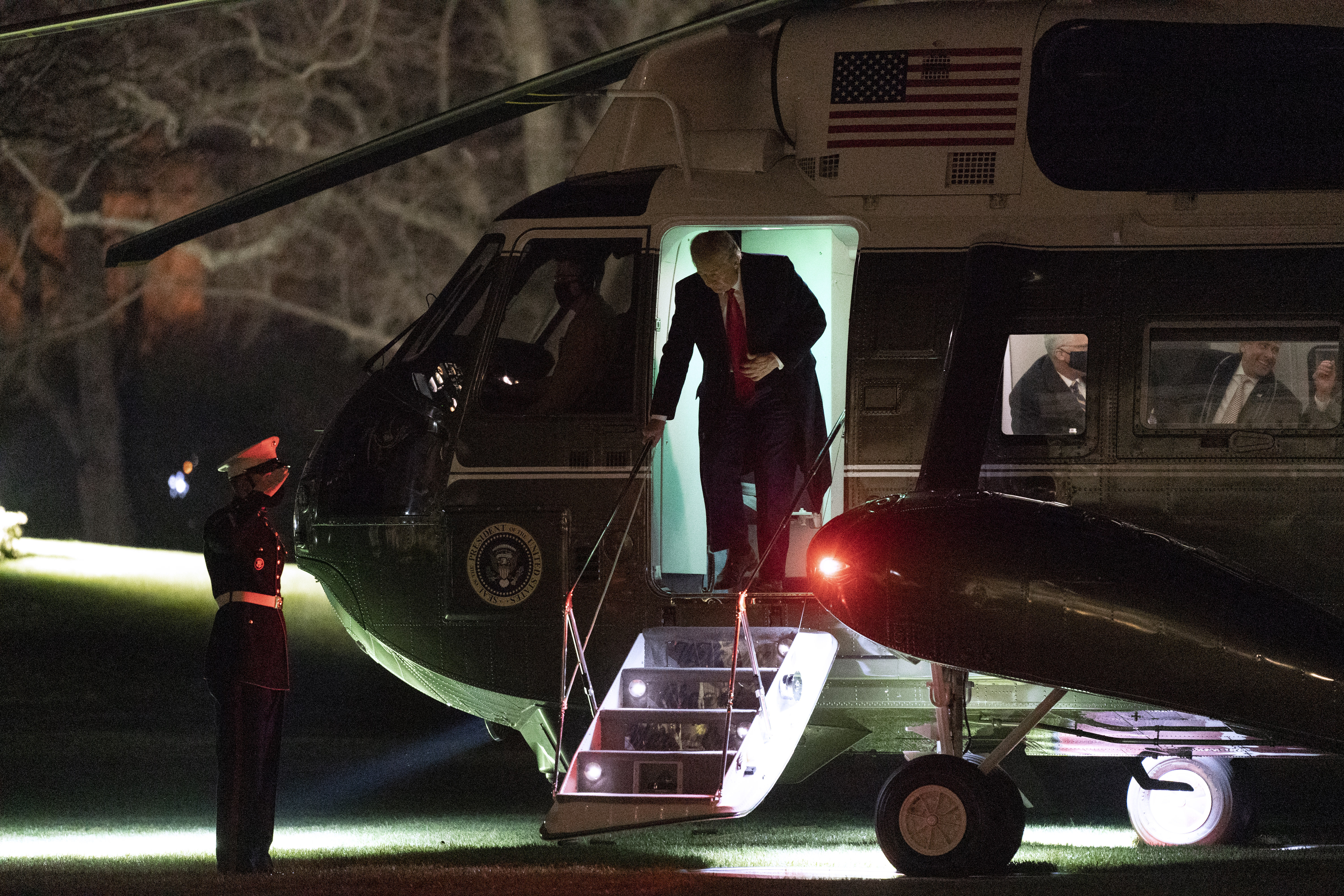 The Wall Street Journal reported on Thursday the attorney general attempted to stop the investigation being made public.

It came after after Trump and various Republicans urged Barr to pursue Hunter for months.

A source told the Journal the attorney general warded off pressure from Republicans in Congress who were gunning for information into the investigations.

The Department of Justice confirmed it is looking into some of Hunter Chinese business deals.

But the DOJ is not looking into the contents of a laptop alleged to belong to Biden – which was leaked to the press by Trump’s lawyer Rudy Giuliani in the weeks running up to the election. 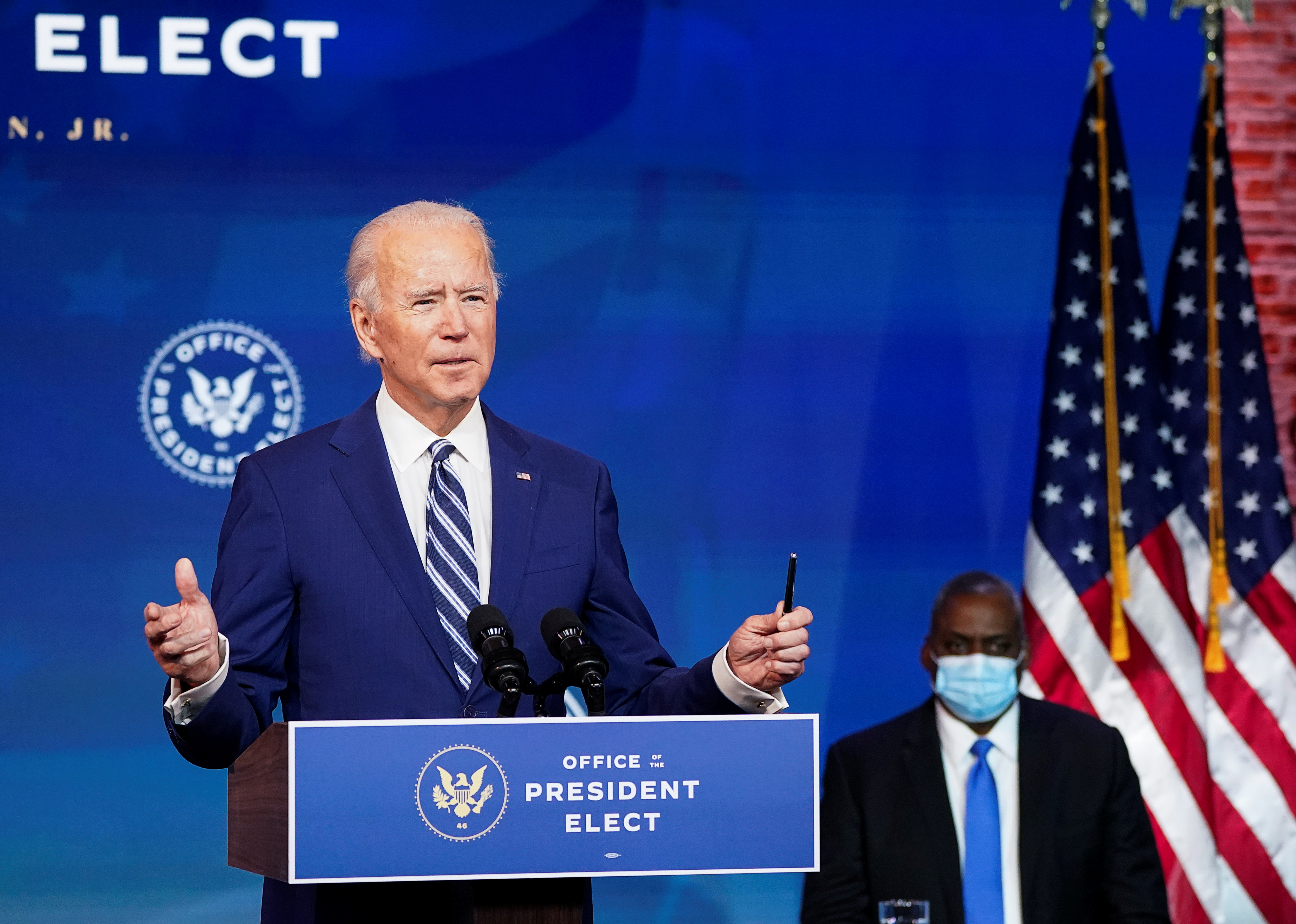 What was the Hunter Biden laptop scandal? 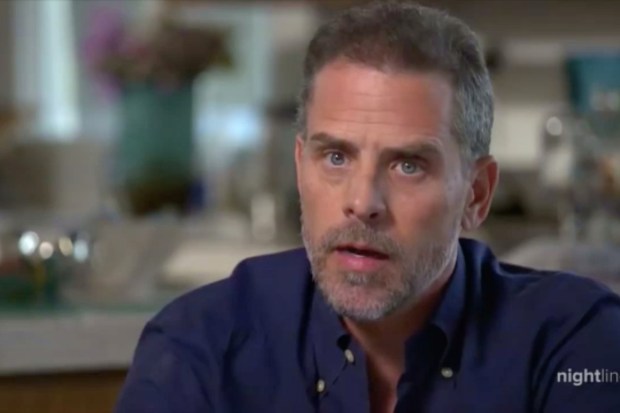 The laptop and emails in question were first obtained by the New York Post in October.

The emails, which were retrieved from a laptop hard drive, related to Hunter’s work with Ukrainian natural gas firm Burisma Holdings, as well as his work with a Chinese energy firm.

The Post published a “smoking-gun” email that allegedly revealed how Hunter introduced his father to a Ukrainian businessman, Vadym Pozharskyi, when Joe Biden was vice president under Barack Obama.

The Sun cannot independently confirm the authenticity of these documents.

Hunter became the prime target of the Republicans attacks on the Biden family in the lead up to the election – and this has continued after the Democrat beat Trump.

A statement out out by Joe Biden’s transition office read: “I learned yesterday for the first time that the U.S. Attorney’s Office in Delaware advised my legal counsel, also yesterday, that they are investigating my tax affairs.”

According to The Associated Press, the investigation started in 2018 but a new round of subpoenas went out on Tuesday, including to Hunter Biden.

Barr has said publicly that the the president-elect isn’t under investigation.

And two sources told CNN that the probe doesn’t allege any wrongdoing on the part of the president-elect.

Neither the tax investigation nor the Manhattan financial inquiry implicate the president-elect, it was reported.

A statement circulated by the Biden transition team on Wednesday showed the president-elect is standing by his son.

The statement noted how Biden is “proud of his son, who has fought through difficult challenges, including the vicious personal attacks of recent months, only to emerge stronger.”

JoJo Siwa, 17, fuels fan speculation she ‘came out’ as ‘gay’ by posing in a 2,200k Gucci rainbow jacket after pride post

How Learning to Eat More Mindfully Changed My Life