THIS is the terrifying moment a dog walker came face-to-face with a big cat while walking through woodland at night.

Toby Matthews, 32, captured incredible footage of the large black beast, thought to be a puma, prowling in the darkness at around 8.30pm on Wednesday. 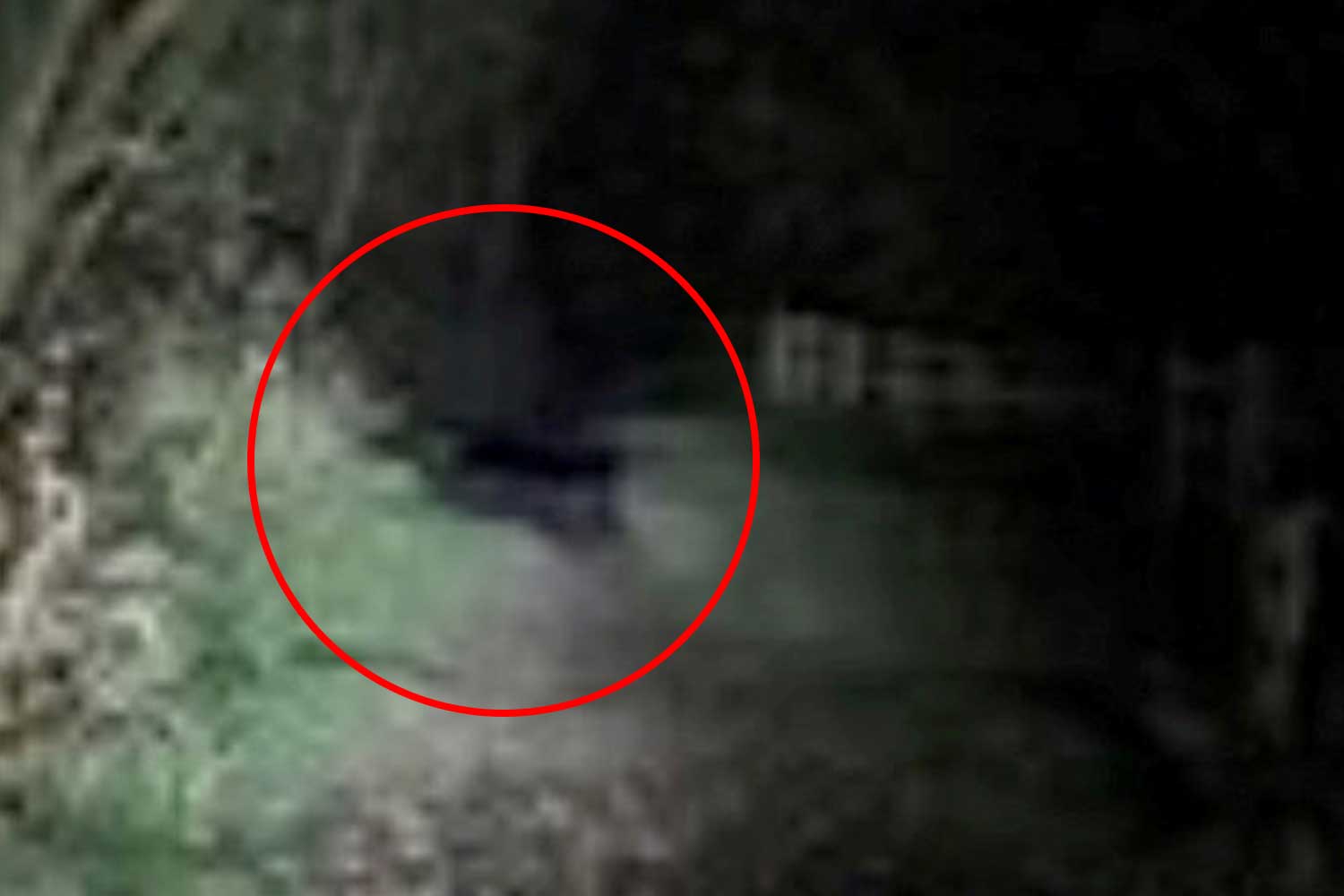 He had been walking his dog Tilly by torchlight when the beam landed on the shape of a big cat ahead of him at Wood Pit Nature Reserve, in Coed Talon, North Wales.

The nature reserve is just over 30 miles from Gwrych Castle where the current series of I’m a Celebrity… Get Me Out of Here! is being filmed.

Hypnotherapist Toby said he quickly backtracked but was too scared to run in case the creature gave chase while his one-year-old pet also retreated in fright.

It is the second big cat sighting in Flintshire in less than a month and there are now fears a puma is on the loose in the Welsh countryside.

Toby, from Caergwrle, Flintshire, is convinced the animal – which was about three times the size of a Labrador – was a puma as the area has a history of big cat sightings.

He spotted the creature on the old railway line which runs through the reserve, in the middle of a dense wooded valley and admitted it was “the stuff of nightmares.”

Toby said: “I was going along sending a Snapchat, it was a bit misty and spooky and I just wanted to show my partner.

“I looked up and had a sudden moment of shock, almost like when you wake up suddenly from a dream feeling like you’re falling.

“Maybe 50 or 60 feet away was an enormous black cat looking right at me.

“I had my phone in one hand and both the dog’s lead and the torch in the other, so when I looked up I managed to drop the torch. I picked it back up and looked around again. 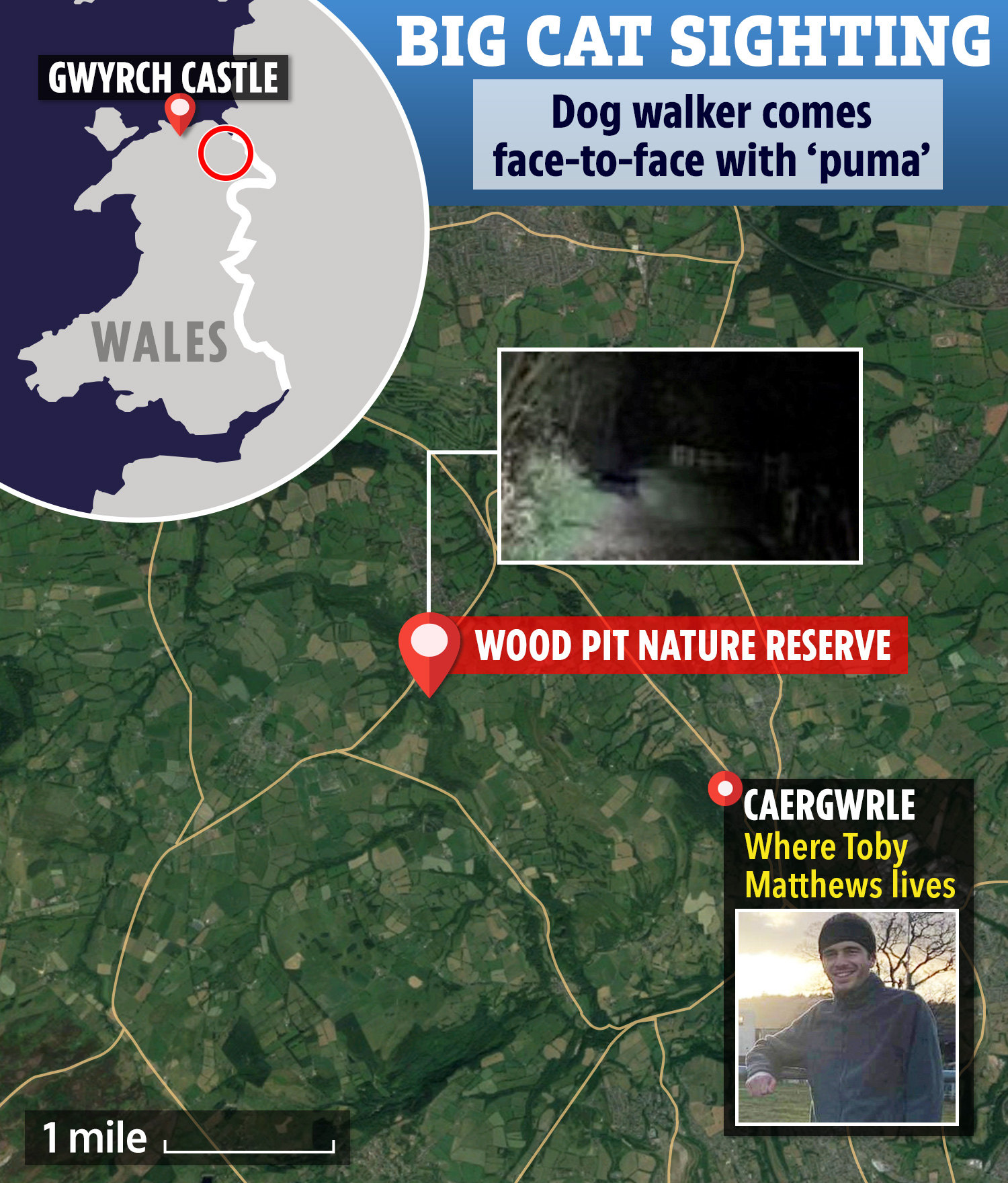 “It had moved to the opposite side of the path and wasn’t really moving at all.

“I could tell the dog was scared and she started pulling back towards Pontybodkin, I took a photo then turned around and quickly walked back.

“I wanted to start running but was worried it’d give chase.”

The sighting comes less than a month after local cafe owner Robert Kardziz reported being confronted by a mystery beast in Pentre Halkyn as he locked up.

In May this year a large black cat was seen prowling around the Prince Charles Hospital in Merthyr Tydfil, Wales.

I’m convinced that it was a puma, it was about two or three times the size of my little Labrador

And in 2013, an all-black big cat was seen moving through a paddock in the early hours of the morning in Treuddyn.

Toby added: “I’m convinced that it was a puma, it was about two or three times the size of my little Labrador.

“It was probably around the same size as some of the jaguars at the zoo, and I think it was completely black.

“I’ll definitely be sticking to the villages from now on and I’ll never be going down the old railway line on my own again.

“This has really shaken me up.”

Expert big cat tracker Rhoda Watkins believes the UK big cat population is not only real but breeding and booming.

She told The Sun last month: “I have studied the behaviour of animals, including prey species and big cats, and see things with a tracking mindset. There is just too much evidence out there that cannot be down to anything other than big cats.”

In August this year night vision footage captured what appeared to be a big cat prowling around a Staffordshire farm.

Earlier today it was revealed a woman had been killed in a horror car crash just outside Gwrych Castle in Abergele at around 5pm yesterday. 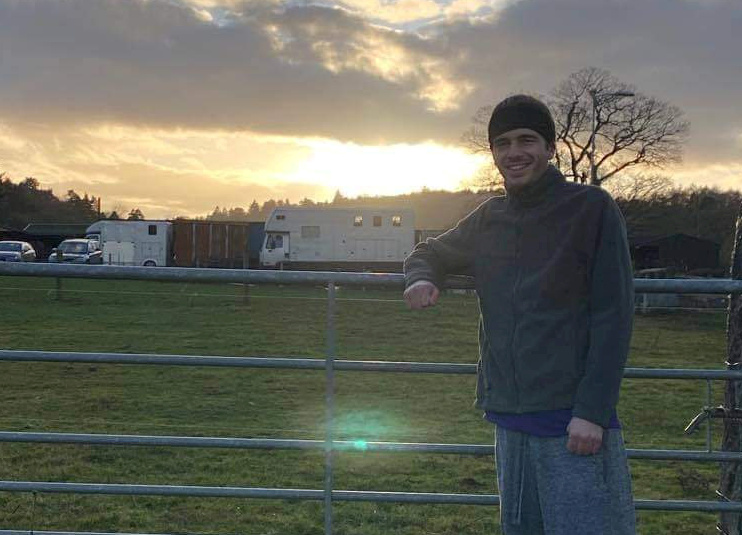 Toby said the animal was two or three times the size of a LabradorCredit: SWNS:South West News Service 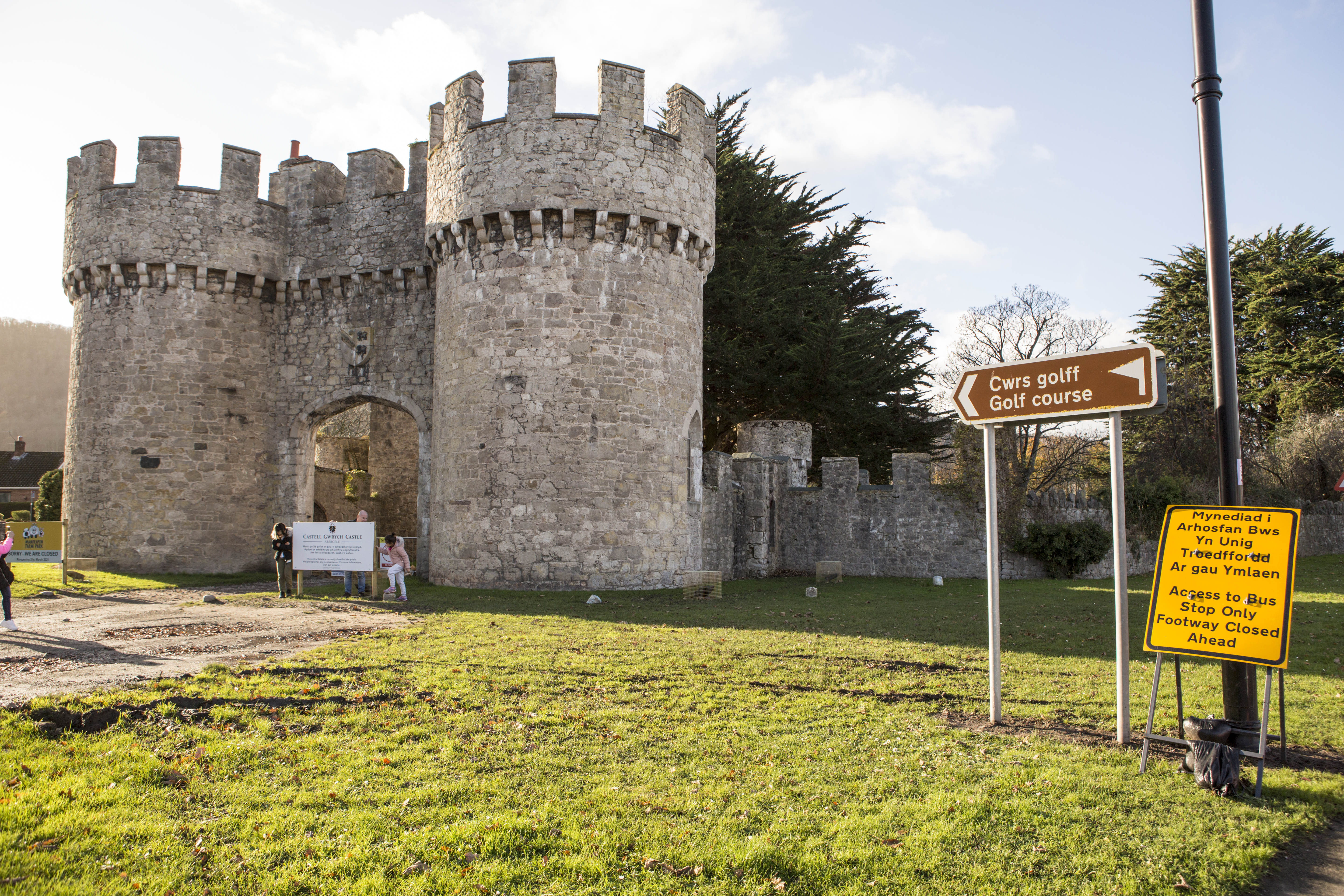 Gwrych Castle, where I’m a Celebrity is currently filming, is just over 30 miles from the Wood Pit Nature ReserveCredit: 2020 Freelance Photos North Wales www.fpnw.co.uk Images are supplied for Single usage only