TOP GOP lawmakers stomped all over President Joe Biden’s May jobs report, blaming his blank checkbook policies for keeping Americans at home instead of punching the clock at the workplace.

“Another bad jobs report—100,000 fewer jobs added than experts estimated,” Minority Whip Steve Scalise tweeted. “This is what happens when you pay people not to work.” 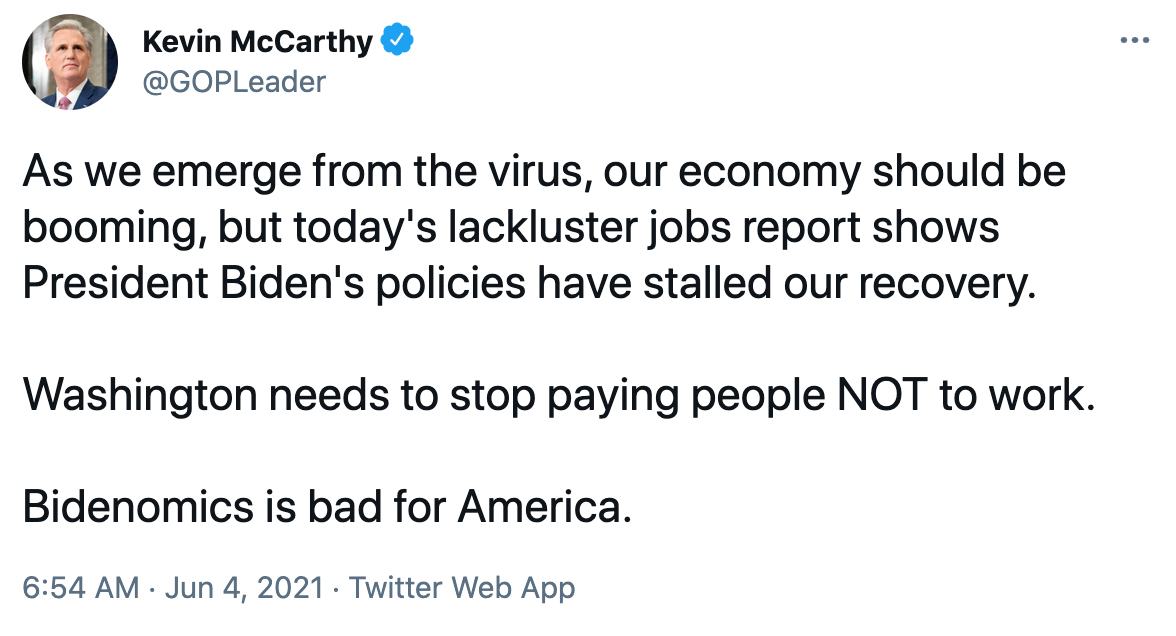 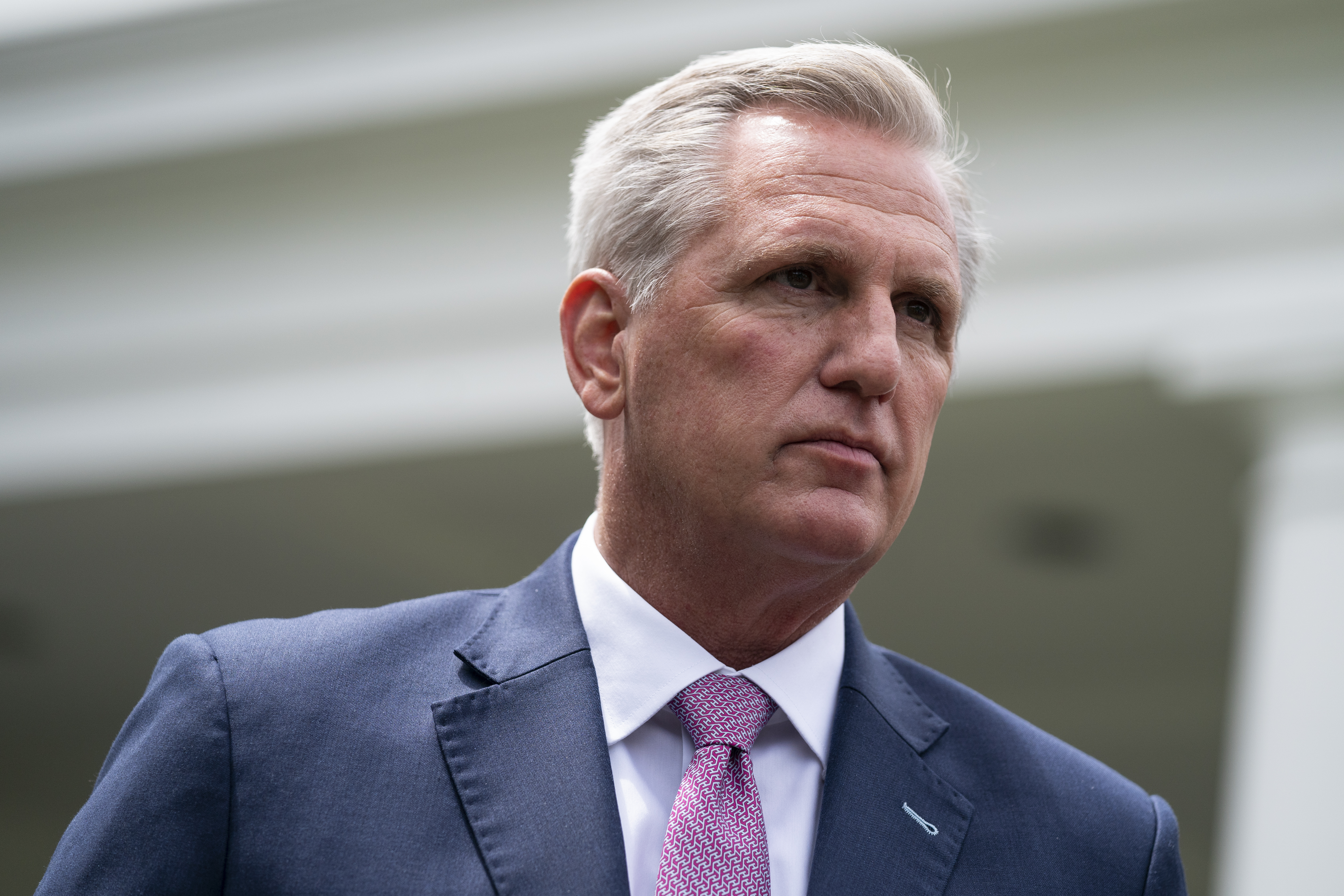 McCarthy said Biden was paying people hundreds of dollars a week to stay home instead of going out to get hiredCredit: AP

The Department of Labor announced on Friday that the country added 559,000 jobs, but came short of the 671,000 economists’ forecasts.

House Minority Leader Kevin McCarthy called out the president’s support for a weekly unemployment benefit of $300, giving Americans an easy out to keep in the comforts of home over earning a paycheck.

“Washington needs to stop paying people NOT to work,” he wrote on Twitter. “Bidenomics is bad for America.”

The powerful Republican then retweeted a chorus line of fellow Republicans echoing Biden’s poor showing on the economy despite rolling out his $1.9 trillion relief package. 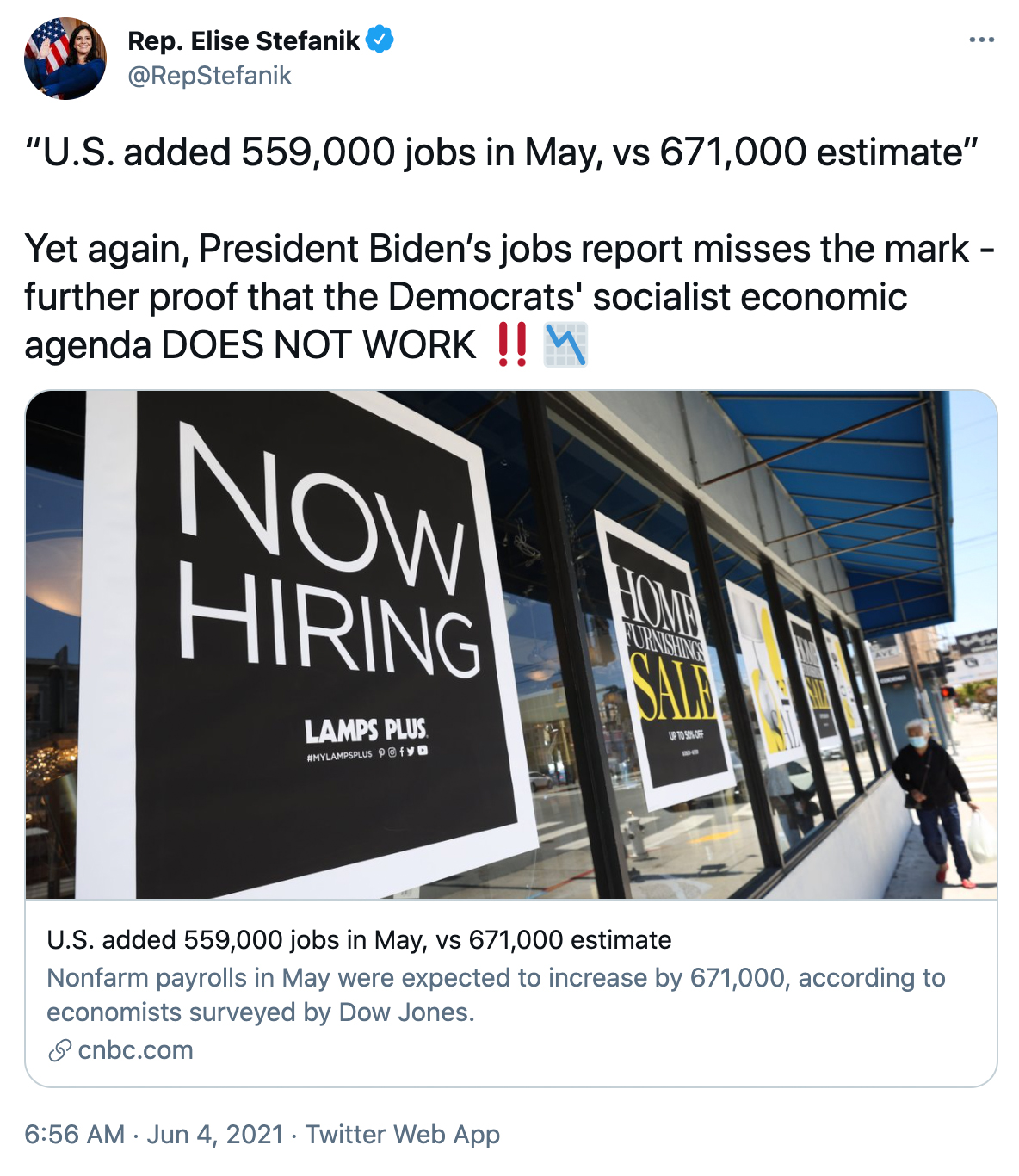 New York Rep. Elise Stefanik piled on the jobs report and blamed the president for the coming up shortCredit: Twitter/@RepStefanik

“Instead of holding back our economy, we need to get gov’t out of the way & incentivize a return to work,” Illinois Rep. Darin LaHood posted on his feed.

“The Biden admin. has stopped even trying to pretend like they care about the national debt,” South Carolina Rep. Nancy Mace tweeted.

Another jobs report that falls short continues to show what I hear throughout #IL18. Biden policies are disincentivizing work & harming our recovery: https://t.co/H3l1LxEGOk

Instead of holding back our economy, we need to get gov’t out of the way & incentivize a return to work. https://t.co/SWPg2uGft5

The Biden admin. has stopped even trying to pretend like they care about the national debt. Now, their reckless spending is ticking away at the savings of every working American with massive inflation.

We can’t keep this up. pic.twitter.com/NovyIhxSpF 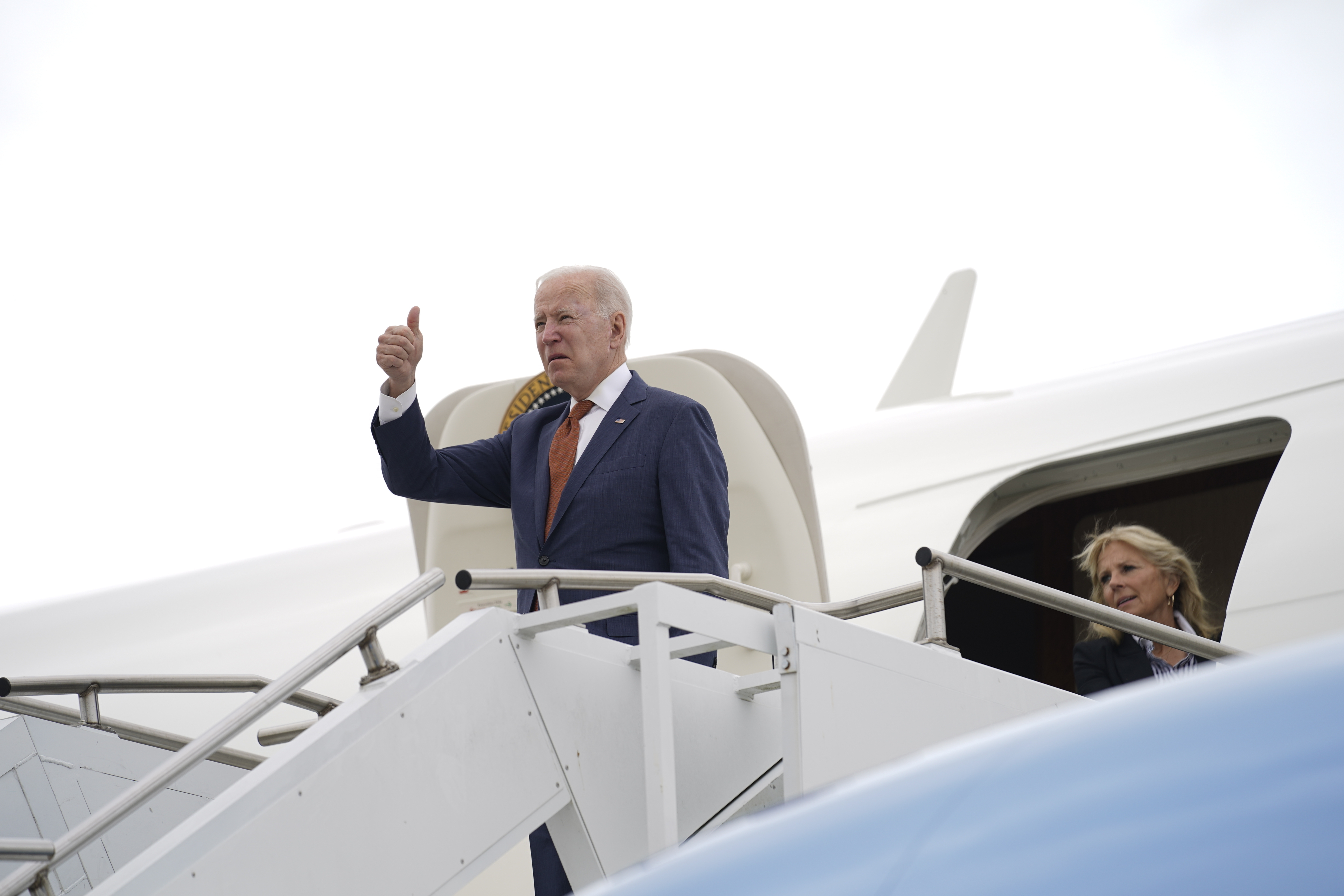 Pres. Biden tried to push for patience as the jobs report came un about 100,000 less than economists estimatedCredit: AP

Meanwhile, the president remained sunny about the results during a speech on Friday from Deleware’s Rehoboth Beach.

“This is progress, historic progress,” he said. “Progress that’s pulling our economy out of the worst crisis it’s been in 100 years.

“America is finally on the move again.”

He pleaded for patience.

“As we continue this recovery, we’re going to hit some bumps along the way. You can’t reboot the world’s largest economy like flipping on a light switch.”

He also suggested the US was pulling out from the depths of darkness after over a year of death and disease.