Prepare your appetite for a week of fun in the capital (Picture: Napoli Gang/ The Glass Rooms/ Truman’s Social Club)

We hope you like your food (we know you like your drink!) because we’ve tracked down some cracking nosh for you this week, starting with free pizza courtesy of Napoli Gang.

Then there’s a pair of new lobster rolls to celebrate British Sandwich Week, dinner in a glass box on the banks of the Thames and Korean fried chicken with a side order of musical bingo, a Nasa stylie touring show and loads more.

Far out, man. And don’t worry – there are also drinks. 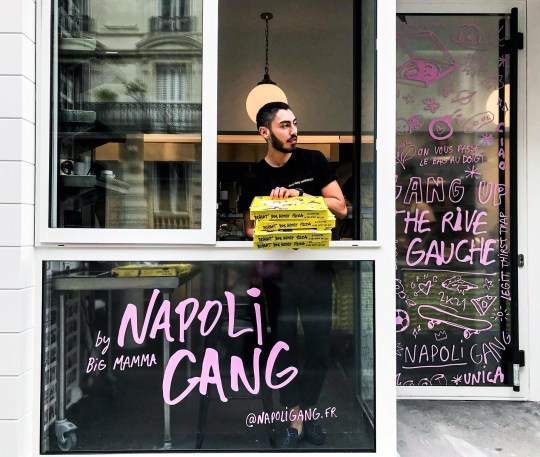 We think the fact that our old friends the pizza tossers Napoli Gang have opened their first London pizza shop has gone to their heads as they’re offering 100 free Margherita pizzas to celebrate.

Well, we’re certainly not going to tell them it’s a rash idea.

Besides, once you’ve had a Margherita, you’ll want to try the Puglian burrata or the Parma ham and mortadella, in all likelihood. Maybe with extra truffle.

The shop? Well, that’s a hot-pink neon-lit, graffiti-covered job with kick-ass speakers… as you would expect from this lot. 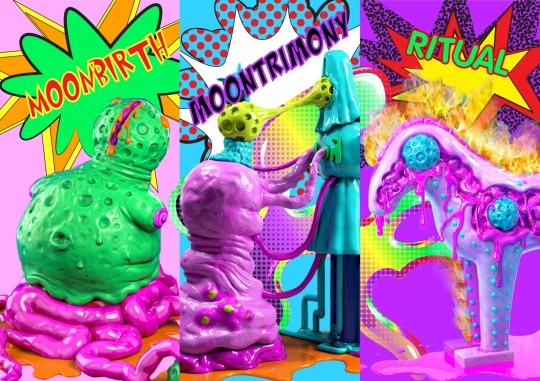 It’s out of this world (Picture: Tour de Moon)

If you can’t get that Eurovision ‘Space maaaaaan’ tune out of your head, you might be the target market for this wonderfully otherworldly sounding new touring exhibition called Tour de Moon.

A multi-media kind of affair, there will be music, games, cinema and talks all celebrating the mystical connection between the Earth and the Moon but the bit we’re most looking forward to are the giant inflatables designed by Nasa, just in case they didn’t have more important things to concentrate on.

And the clincher? Not the immersiveness, the DJ sets, the nine metre squid or the focus on nightlife and creativity but the fact that it’s free! Better sign up ready in that case. 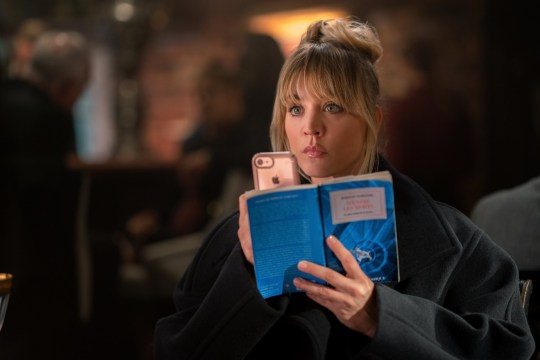 Viewers of the Flight Attendant can win a jet set experience (Picture: HBO)

Have you ever stepped onto an aeroplane and turned left? Into first class? No?

Well, apparently it’s on a lot of our bucket lists and so to celebrate the return to NOWTV of The Flight Attendant – remember that show with Kaley Cuoco off of Big Bang Theory? – the people behind the show are setting up a First Class Lounge so the lucky winners of their prize draw can be pampered like Beyoncé before she settles into her seat (number 1A). 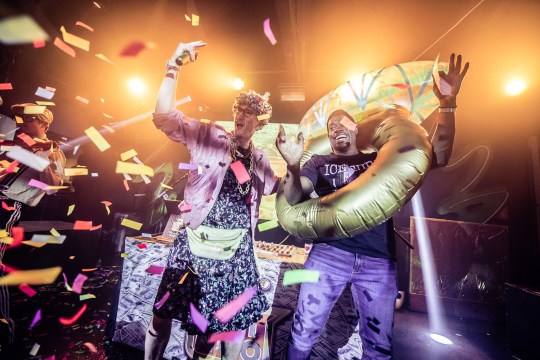 Yeah, it’s bingo… but not as you know it. For a start the bingo caller is a foul-mouthed pensioner called Grandma Flash with her 87-year-old DJ sidekick/lover and secondly it’s a riotous evening with big prizes, big sounds and no one with a dobber (those big fat pens bingo fans use) shushing you if you get over-excited.

It’s called Blingo and as you might have guessed it all comes courtesy of Truman’s Social Club where nuts isn’t just what they serve with their drinks at the UK’s biggest beer hall with 20 – count them! – beers on tap.

Oh and cocktail carafes for the ladies. Chill! We’re just getting in the spirit of the thing. 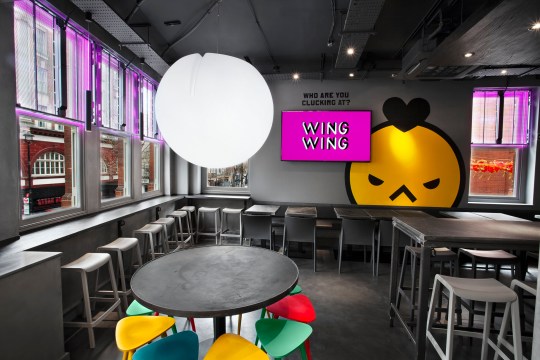 Bingo is obviously back as even Korean fried chicken shop Wing Wing are getting in on the act… even though they’ve been in on the act before.

The first music bingo went so well for them that they’re back with more at their site in Charing Cross, where, for £10 – fully refundable on any food and drink you buy on the night – you get a rip-roaring night of K-Pop and Western hits in a classic bingo format.

You just cross the artist’s name off your sheet and get ready to holler bingo when you get a full house.

All this and Korean crispy chicken and booze! We haven’t been so excited since the Eurovision Song Contest on Saturday. 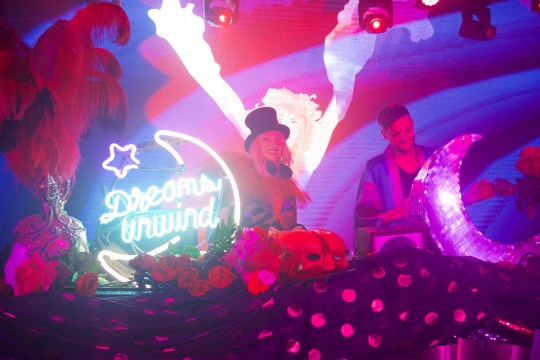 Yes, it’s not until July but if you don’t grab your tickets now, we fear you may never get in and will just have to hear about how great it was from us (and you know how boring we can be!).

Fleetmac Wood, the DJ/remix project devoted to one of the greatest bands of all time (can’t think of the name right now) are celebrating ten years at the very top of their game with a world tour and are setting down for a massive party in London this July.

It’ll be your only chance to join the madness outside of an expensive festival. And watch the tassels on your Stevie Nicks fringed shawl… you’ll have someone’s eye out! 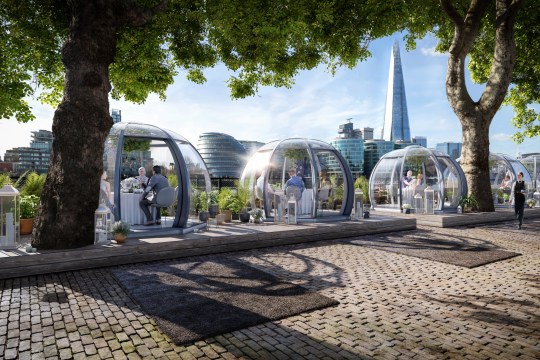 Glass room with a view (Picture: The Glass Rooms)

Taking the concept of a room with a view to, frankly, ridiculous lengths Ultimate Experience and Superbloom are launching twelve glass dining pods on the banks of the River Thames so you can fill your face while enjoying uninterrupted panoramic views of the River, Tower Bridge, The Shard, Tower of London with – of course! – the Superbloom installation, a moat full of flowers, set to be the biggest tourist attraction in the whole of London. And you have a ring-side seat.

Well, if you get one of the Glass Houses. Feel the river breeze through the rooftop opening as you dine on asparagus, girolles, summer truffle, Dover sole, warm potted shrimps, Barbary duck breast, 35-day aged beef rib… and views! 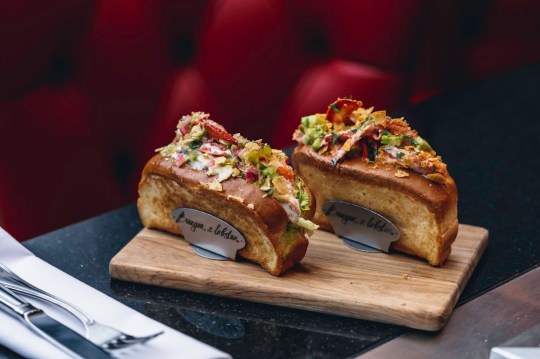 Tuck in to these (Picture: Burger & Lobster)

It feels like ages since we really got to celebrate a National Week so thank goodness for British Sandwich Week, which turns up not a moment too soon next week.

And to mark such an occasion, Burger & Lobster have teamed up with TV chef Max Halley of Max’s Sandwich Shop to produce two strictly limited-edition lobster rolls.

Choose between (or have both, we will be) the Lobster Cocktail Roll, piled high with lobster claw and knuckle meat with a Marie Rose sauce laced with brandy and Tabasco and the Fish & Chip Lobster Roll, with chunks of lobster bound together with tartare sauce, garnished with lime pickled onions and mushy peas, both topped with crisps and served with fries.