The 232-square-metre boutique is located near the Champs-Élysées and belongs to Courrèges – a Parisian label that was launched by fashion designer André Courrèges in 1961.

Courrèges’ second store in Paris was designed by Bernard Dubois 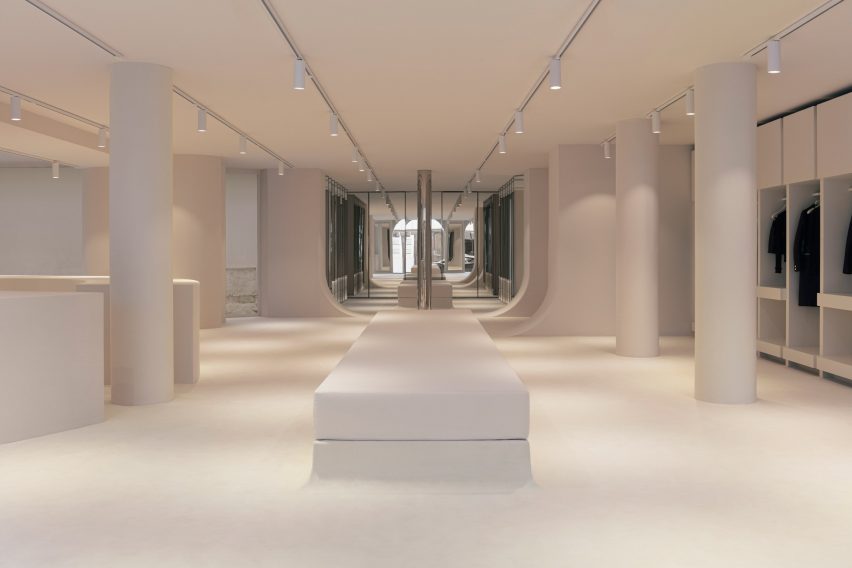 Its interior is lined in fabric and thick carpet

The result is a monochrome space with fabric-lined walls and ceilings, thick carpets and rows of mirrors that are set at an angle in a nod to the perspective-bending decor often found in nightlife venues.

“White has always been part of the Courrèges universe,” Dubois told Dezeen. “We decided to embrace this and make it our own, by making it warm, intimate, silent, plush.”

Other references to the brand’s history include shelves and cabinets that were part of a store interior designed by Courrèges in 1967 before being redesigned to match the proportions of the new store. 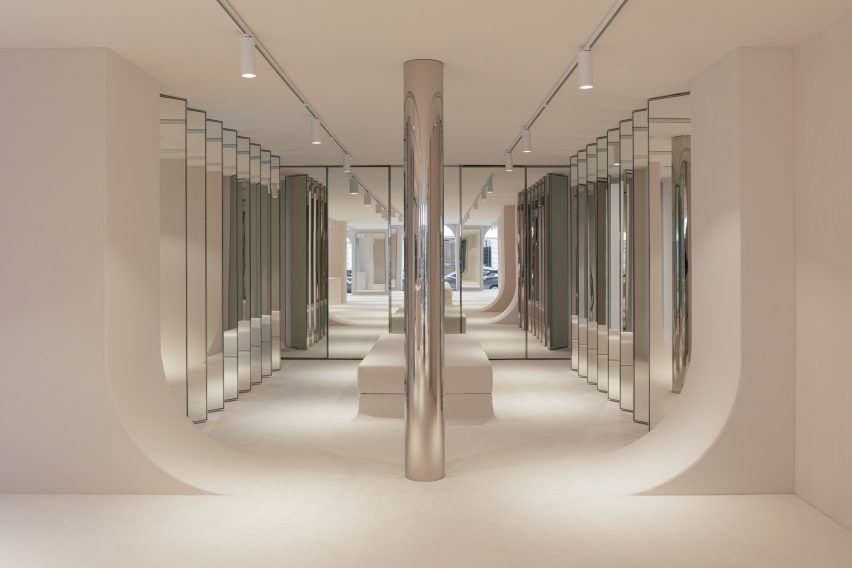 Upside-down arches frame the way to the changing rooms

Curved U-shaped elements resembling upside-down arches feature alongside the mirrors towards the back of the store in a homage to classical architecture and space travel.

“I always like to play with classical elements of architecture in my projects, sometimes placing them in different contexts, at different scales than their usual size or context,” Dubois said.

“In this case, placing them upside-down is also a reference to spaceships, where the absence of gravity naturally places things upside down and creates different structural constraints,” he added.

In some areas of the Courrèges store, Dubois deliberately exposed the raw concrete walls, creating a contrast with the softness of the fabric and the carpet. 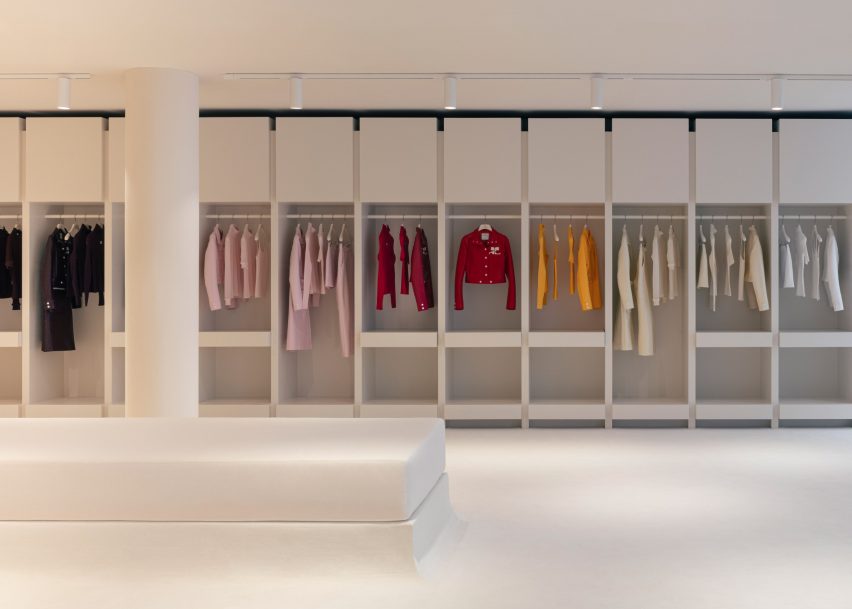 The interior is rendered almost entirely in beige

The mirrored panels were added to provide perspective and direct the eye to the dressing rooms at the back of the store.

“I always like to structure spaces,” Dubois explained, “give them some depth, play with perspectives, create relationships between different shapes of spaces, giving the impression that the visitor enters into a coherent world.” 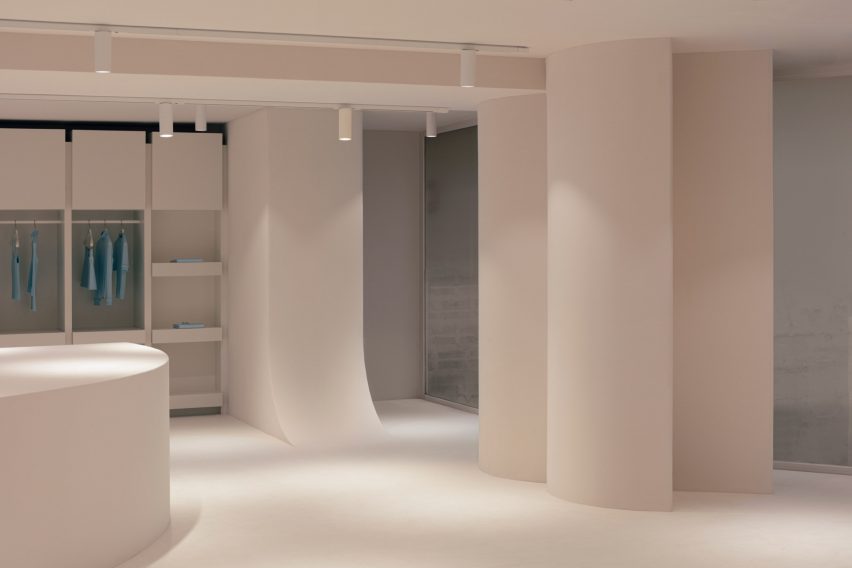 The store is the larger of two Courrèges outposts in Paris. The other store in the Marais neighbourhood was also designed by Dubois.

Bernard Dubois set up his eponymous firm in 2014 after graduating as an architect from La Cambre in Brussels in 2009. Other projects from the studio include a store for Aesop featuring distinctive yellow bricks and a narrow “runway-like” sneaker store for APL.

The photography is by Romain Laprade.