AN ALLEGED assassin for one of Mexico’s deadliest cartels, dubbed “The Demon”, has caused a stir on social media after a leaked snap showed her posing with an AK-47.

The unidentified woman wore a face covering leaving only her eyes on display while holding a large assault rifle. 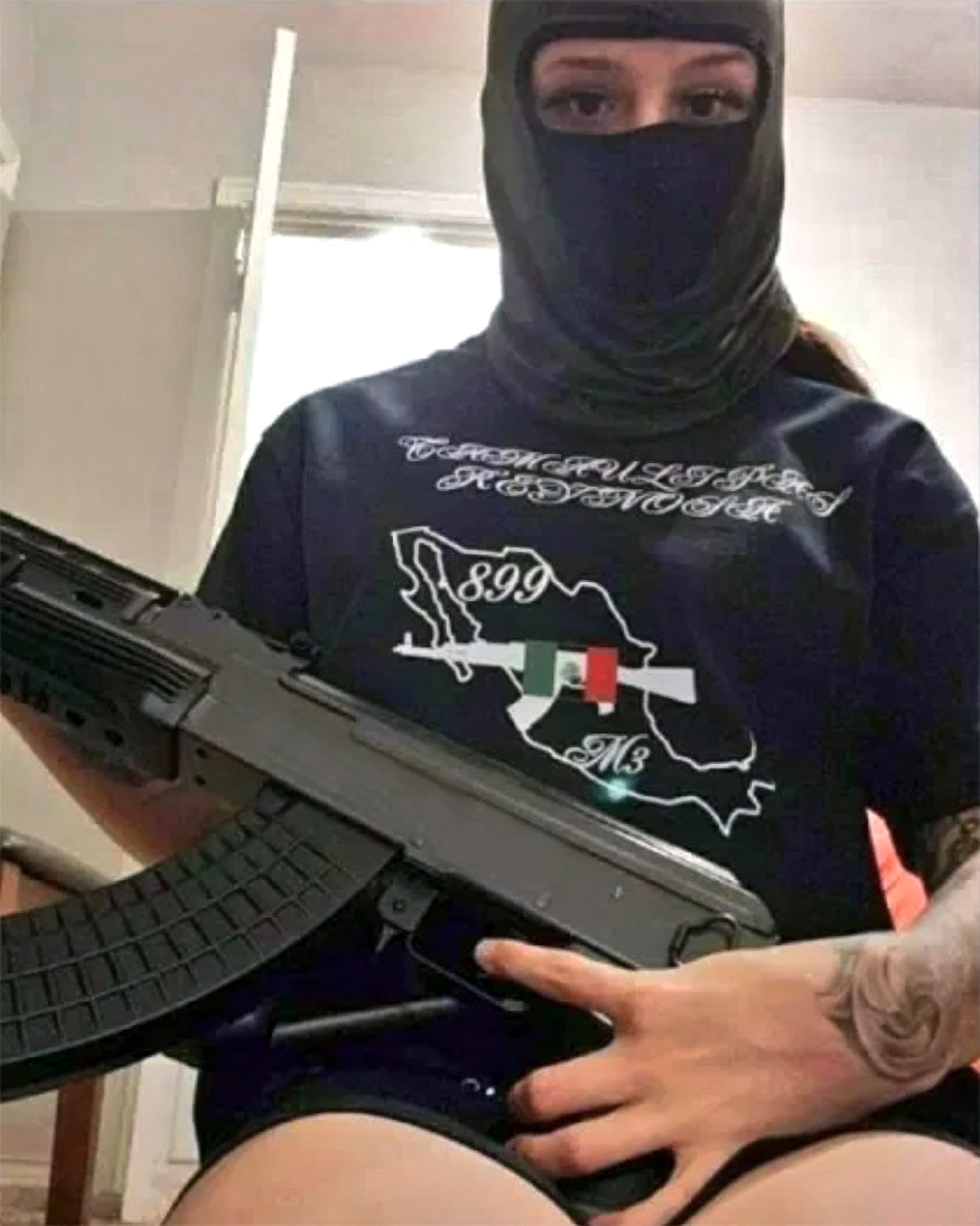 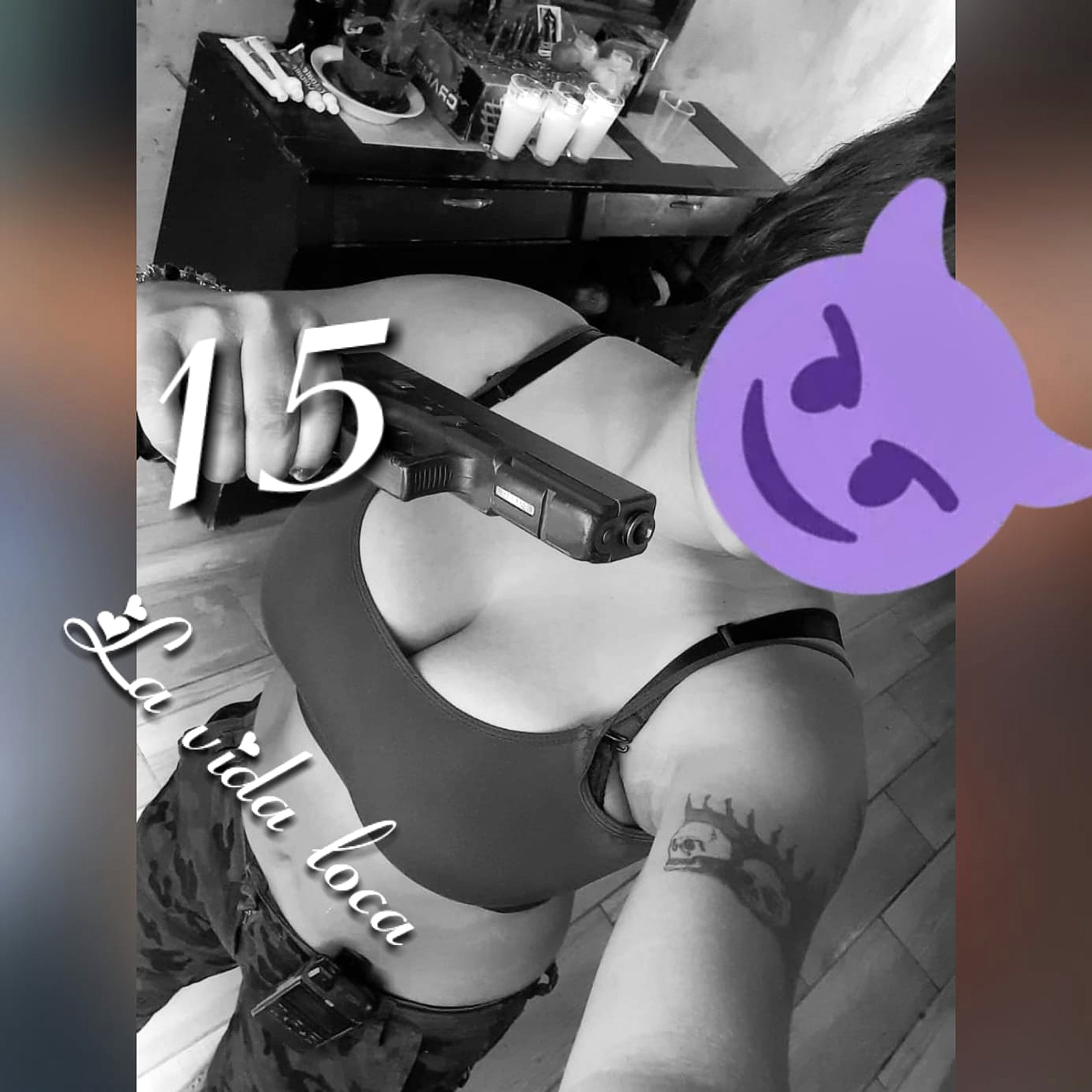 She donned a shirt sporting the map of Mexico with 899 written on it, as a similar weapon to what she held was printed across it, emblazoned with the Mexican flag.

“The Demon” is believed to work for the Gulf Cartel, one of Mexico’s most established criminal organisations, according to local media.

The pretty-eyed cartel member sports a large tattoo on her hand, which could lead to authorities identifying her.

It is unclear why the picture was uploaded or who shared it online.

Despite its notoriety, the Gulf Cartel has lost territory and influence in recent years thanks to battles against rivals including Los Zetas, the gangs former military wing.

It isn’t the first online leak for the cartel either – an alleged member of the the Gulf, known as”Roque”, had audio recordings leaked where he discussed operations and businesses in the border state of Tamaulipas.

A spate of female cartel members have hit the Mexican headlines recently.

It follows separate reports from local media of another woman assassin, known as La Cholita, who taunts rivals by sending them photos of her cleavage in low-cut tops.

She is believed to be a ruthless cartel assassin for the Los Viagras criminal group.

La Cholita allegedly likes to taunt rivals, such as the fearsome Jalisco New Generation Cartel (CJNG), with raunchy snaps posing with guns while hiding her face with emojis.

In one video, she is reportedly heard branding the CJNG – led by Nemesio Oseguera Cervantes – “a bunch of cowards”.

It is part of the growing social media war between rival cartels in an effort to control the lucrative drugs trade.

According to Mexico News Daily, a turf war in the state of Michoacán is now raging between the CJNG and the Los Viagras cartel.

The bitter war is said to be responsible for much of the violence in several Michoacán municipalities.

In January this year, Maria Guadalupe Lopez Esquivel, known as “La Catrina” was killed in a shoot out with cops and the Mexican army.

The suspected leader of the Jalisco New Generation Cartel regularly posted snaps on social media showing off her curves and collection of deadly weapons.

She led a team of hitmen that carried out an ambush on cops in the municipality of Aguililla in Michoacan State in 2019. 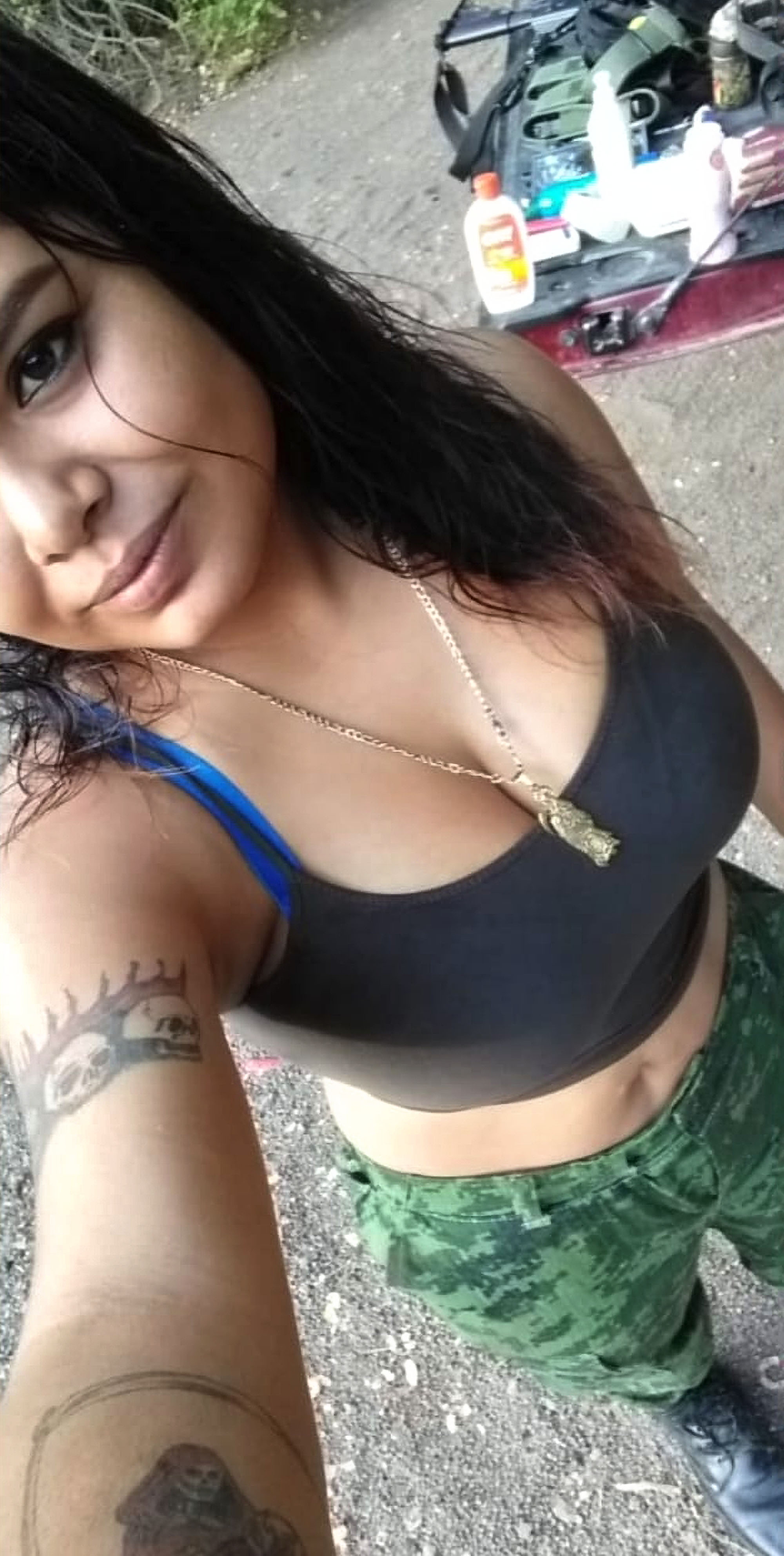 This is allegedly the face of “La Cholita”, the ruthless female assassin 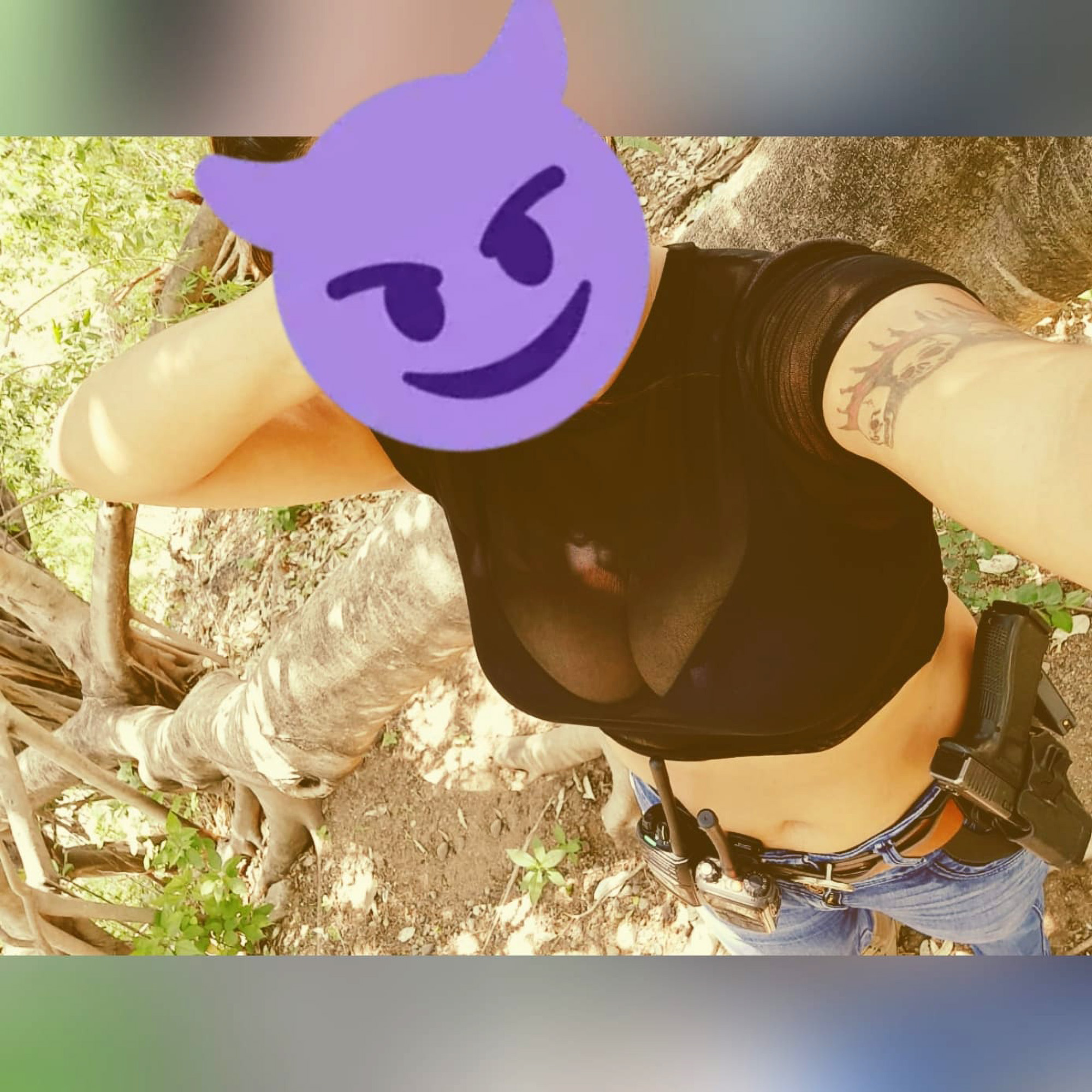 The cartels wars have extended to social media

Jlo, 51, slams trolls who insist she secretly had Botox AGAIN and says ‘don’t call me a liar!’