IT’S hard to imagine Audi’s ostentatious SUV as being a bit of a bargain. But it is.

Now its old diesel engine has been blacklisted, the SQ8 inherits the same storming 4-litre V8 as the angrier and considerably more expensive RS Q8. 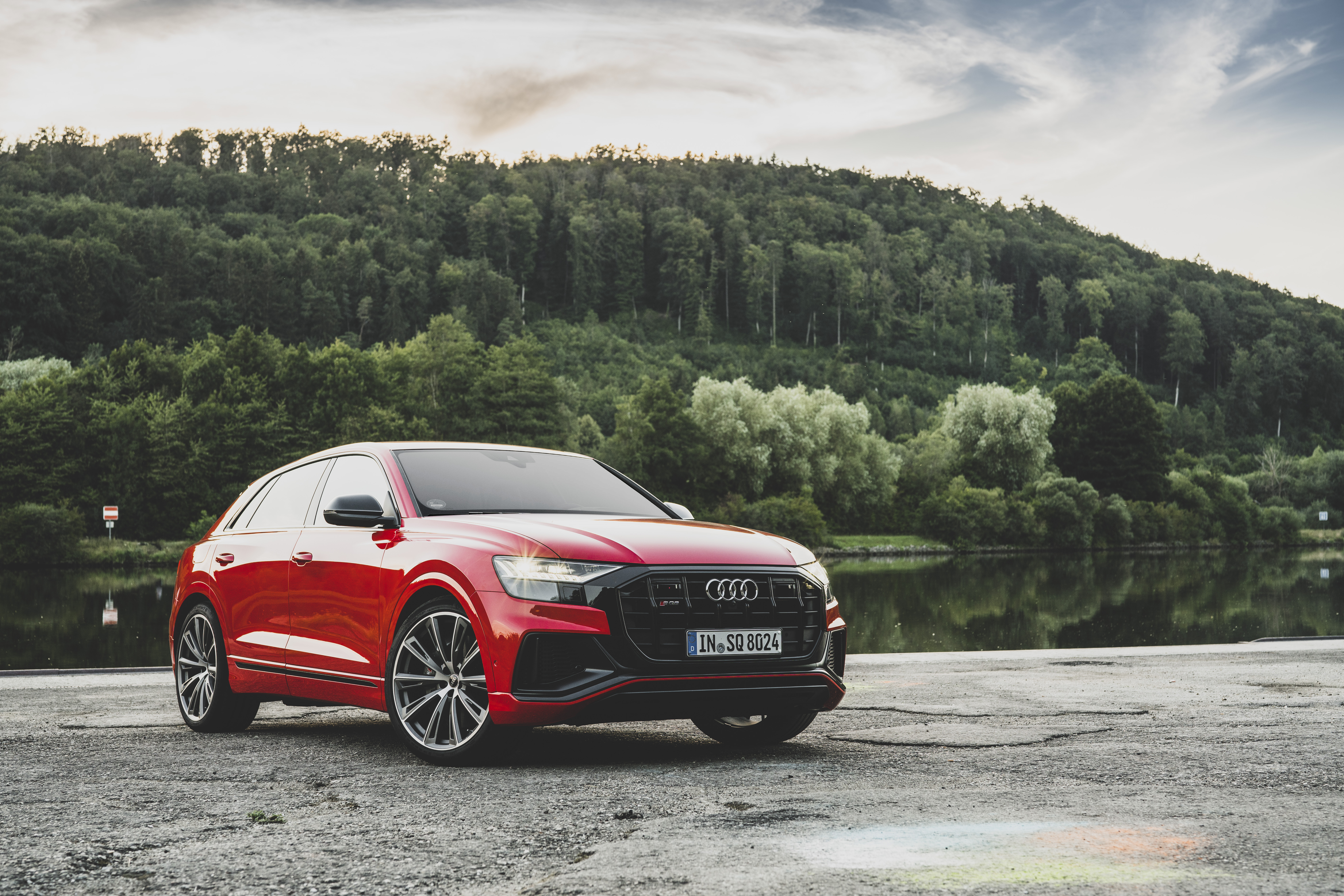 The Audi SQ8 is faster, smoother and more desirable then ever

But if you want an even greater saving, then just think what you will be saving over a £160,000 Lamborghini Urus.

Yes, that too uses the very same engine, albeit tuned to an even sillier 650hp. Sounding as joyously thunderous when pushed hard in Dynamic mode or riding with a creamy level of cosseting comfort in, you guessed it, Comfort mode, these are just two of the seven drive modes this off-road-ready Quattro offers. 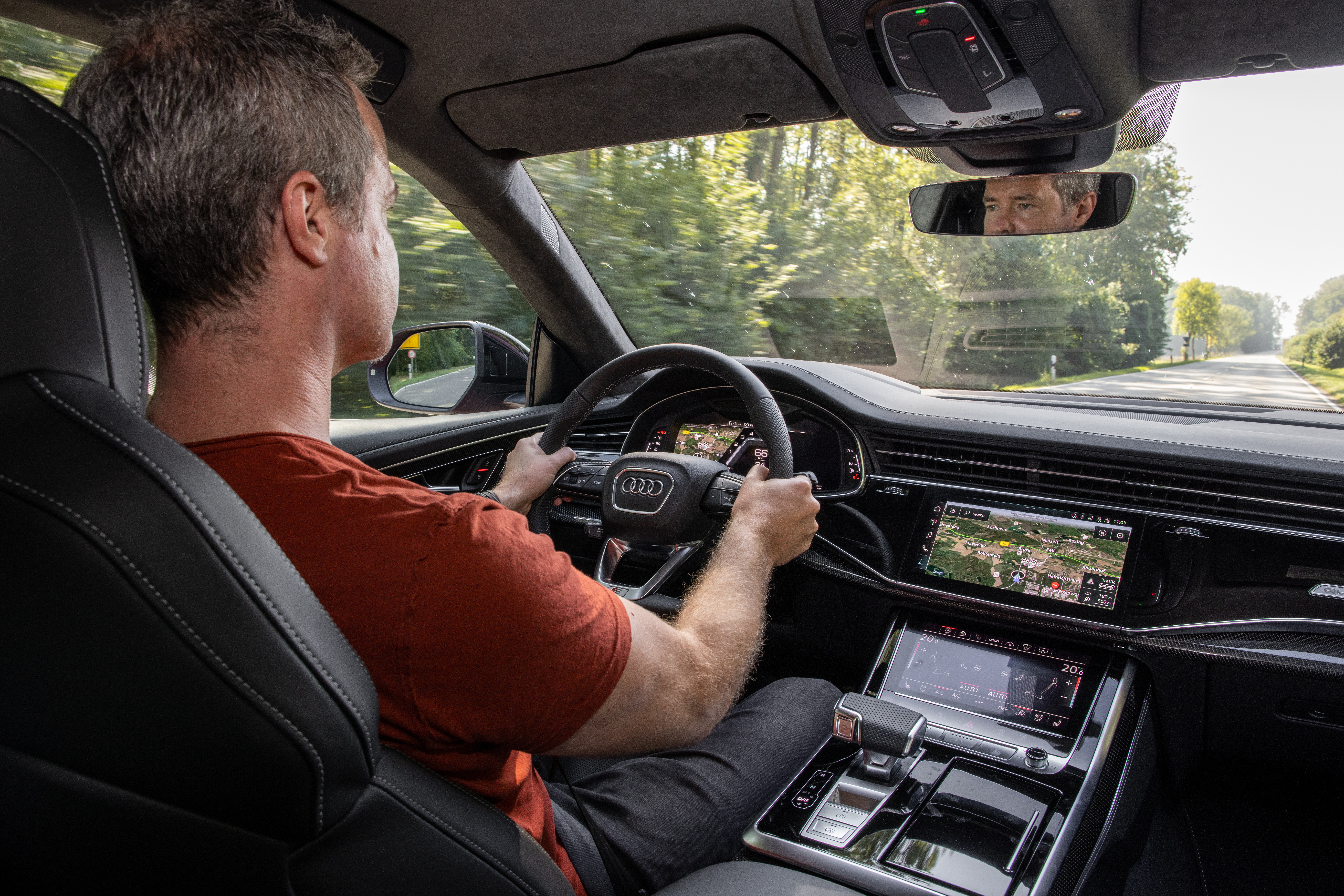 We have indeed reached peak SQ8. Of course, in ditching diesel, fuel economy has inevitably taken a nosedive.

Officially it now chalks up 23mpg if you’ve a particularly light right foot – which, let’s be honest here, you clearly won’t if you’re in the market for an SQ8.

Designed for vast, gas-guzzling markets such as Russia, the US and China at a time when de-badging and understating one’s wealth is on the rise.

This ultimately impractical hulk will surely shift in both senses of the word. Just perhaps not so much on our little, more sensitive island. Aside from the revolution under the bonnet, there are a few other important upgrades thrown into the bargain. 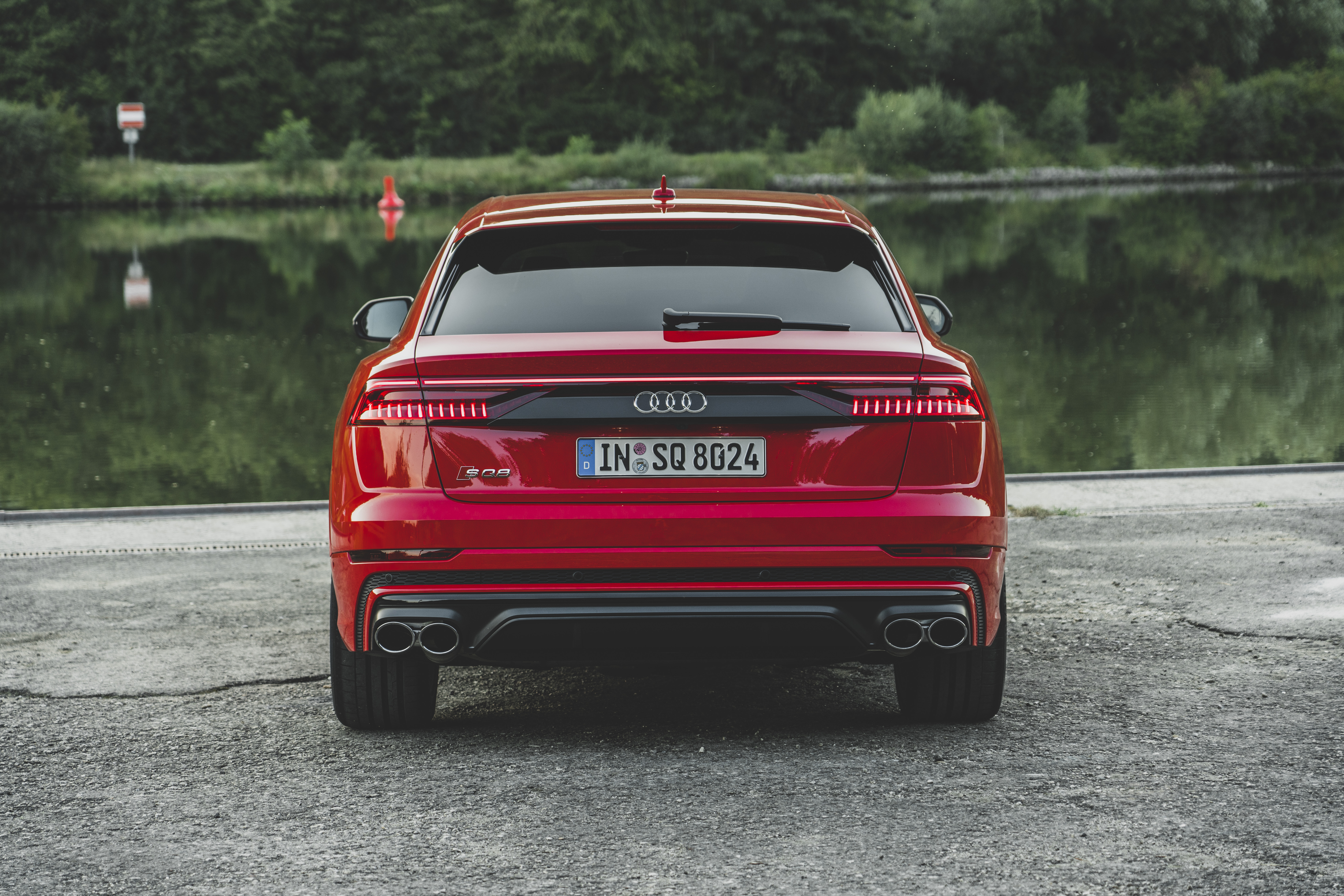 The SQ8 is designed for vast, gas-guzzling markets such as Russia, the US and China

Most instantly noticeable is four-wheel steering that’s now available as standard having been previously held back for the top Vorsprung spec models.

The result is both a tighter turning circle and more stability at high speeds.

Air suspension now comes as standard too but the list of pricey optional extras, including active roll stabilisation and sports differential, is still somewhat annoyingly long given the £83k you’ve already shelled out.

It’s business as usual in the cabin. Two huge touchscreens dominate the centre of the instrument panel which you don’t even need to touch as just about everything can be done by your mouth after saying “Hey Audi”.

Audi really has nailed it in the driver display department – and although there are no leaps in tech here, up to six drivers can pre-set their ambient lighting preferences and use their smartphones like they would an old-fashioned key. Smart stuff.

Pricey but oh so peachy, the Audi SQ8 is faster, smoother and more desirable then ever if you don’t care about the cost of fuel, or the environment. Trouble is it’s so good it’s made the RS Q8, as it stands, redundant.