This is what happens when you’re too busy for romance (Picture: Getty images)

Asking For A Friend is new series where we answer the questions that you’ve always wanted to ask.

Picture this: You get home from the gym on Saturday afternoon. Your partner is sprawled on the couch, still in their pyjamas, watching television.

‘Good session?’ they ask. ‘Yep,’ you respond, sitting next to them, barely touching.

Maybe they’ll go out to the shops (it’s their turn to get milk) or you’ll head out to meet your friends. Either way, by the time evening rolls around you find yourselves back there, on the couch, this time with a takeaway.

The thought of going out on a date hasn’t crossed your mind – in fact, it hasn’t for months – and the days of spontaneous sofa sex are long gone.

You’re in the roommate phase.

What is the roommate phase?

‘The roommate phase is what happens when couples have stopped seeing their relationship as special and have fallen into comfortable cohabiting, just like two friends sharing a space,’ says Rhian Kivits, a Relate trained sex and relationship expert.

‘They usually get on well, with very few arguments, and because there’s plenty of space for them to pursue their work, friendships and individual interests, they may even feel content.

‘However, they’re living platonically, and there’s very little magic or romance in their relationship.’

Put simply, the honeymoon phase is over, and you’ve fallen into a little bit of a rut with your relationship, one void of intimacy and romance.

While it’s better than constant bickering and screaming matches, the roommate phase is far from ideal. In fact, it can lead to resentment, awkwardness and, worst case scenario, infidelity. 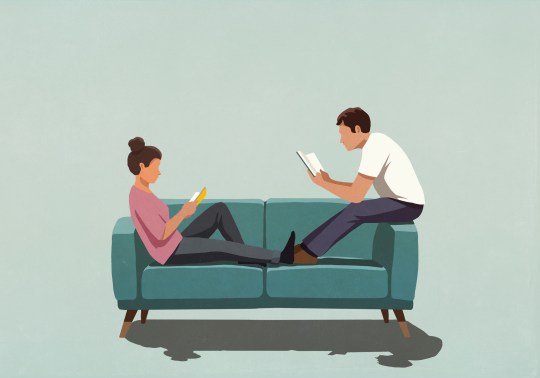 The spark has died out – but you can get it back (Picture: Getty Images/fStop)

What causes the roommate phase?

The roommate phase can creep in for a variety of reasons, from couples forgetting to prioritise their connection to a loss of attraction.

‘Partners might stop prioritising the romantic aspect of their relationship when they are too focused on their own interests or have demanding work schedules,’ says Rhian. ‘So they support each other to do what they believe is important but end up with very little space to make sure the quality of their connection is maintained.’

Although intimacy and sex has fallen by the wayside in this scenario, both partners are likely to still feel fulfilled by things outside of their relationship, like building their careers or enjoying their hobbies – and not to mention the relationship is still functional – so they’re willing to compromise.

A more depressing reason might be that the attraction has gone, but both partners are too attached, committed or comfortable to admit it.

‘They may like each other, but no longer love each other in the same way that they used to,’ says Rhian. ‘In this case, they’ve become avoidant of intimacy but they’re prepared to carry on as a couple because it feels like the right thing to do… or each partner doesn’t want to face the problem or hurt their significant other.’

A lot of the time, though, the roommate phase stems from complacency and comfortability and is actually pretty normal. It’s what clinical psychotherapist and relationship therapist Dipti Tait calls the ‘practical’ stage of the relationship.

‘It happens subtly and slowly once we get to know our partner very well and we feel settled,’ she tells Metro.co.uk.

But as easy as it is to fall into the roommate phase, getting out is another story. 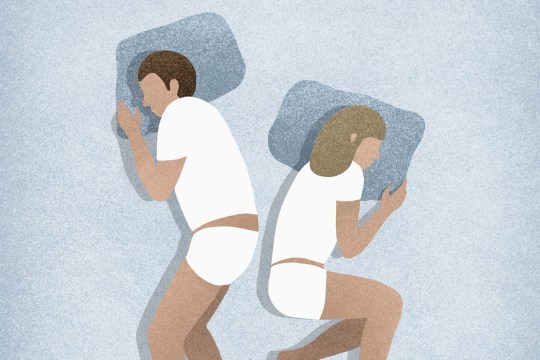 How to get out of the roommate phase

When it comes to getting out of the roommate phase and rebuilding the connection in your relationship, you need two things: communication, and a whole load of effort.

‘The only way to break the cycle of avoidance and complacency that characterises the roommate phase is to face the truth and communicate,’ says Rhian.

Once you’ve recognised what phase you’re in, there’s no time for procrastination – you need to speak to your partner about why this might have happened.

‘This can help you consider whether you’d like things to change and look at how you can course-correct,’ Rhian adds.

‘In order to break out of the roommate phase, couples need to shift their priorities so that they can spend more quality time together and reignite the spark between them,’ says Rhian.

‘This may mean that they’ll have to compromise some of their routines and shift their focus.

‘In practice they might need to spend less time on their individual leisure pursuits or stop working so late.’

Make an effort for each other

On a similar note, it’s important to stop taking each other for granted.

It’s important to make an effort with and for your partner.

‘This could look like becoming more spontaneous, offering each other more gratitude and appreciation, and treasuring the relationship with a deeper intention,’ says Rhian.

‘Organising dates, creating surprises for each other and taking the initiative to instigate intimacy again.’

Remember the magic and recreate it

Finally, attempting to recreate the magic from the early days of your relationship might be the key to reigniting the spark.

‘Look back and recall how it felt when you first got together,’ says Rhian.

‘What did you find attractive about each other? What made things special? What kinds of things did you say or do that felt romantic and fun? It can really help to start living like a couple again by recreating what worked at the start.’

This could be anything from getting ready separately and meeting at the restaurant, going on fun, less conventional dates, or even booking a holiday to a destination you went to at the start of your relationship. 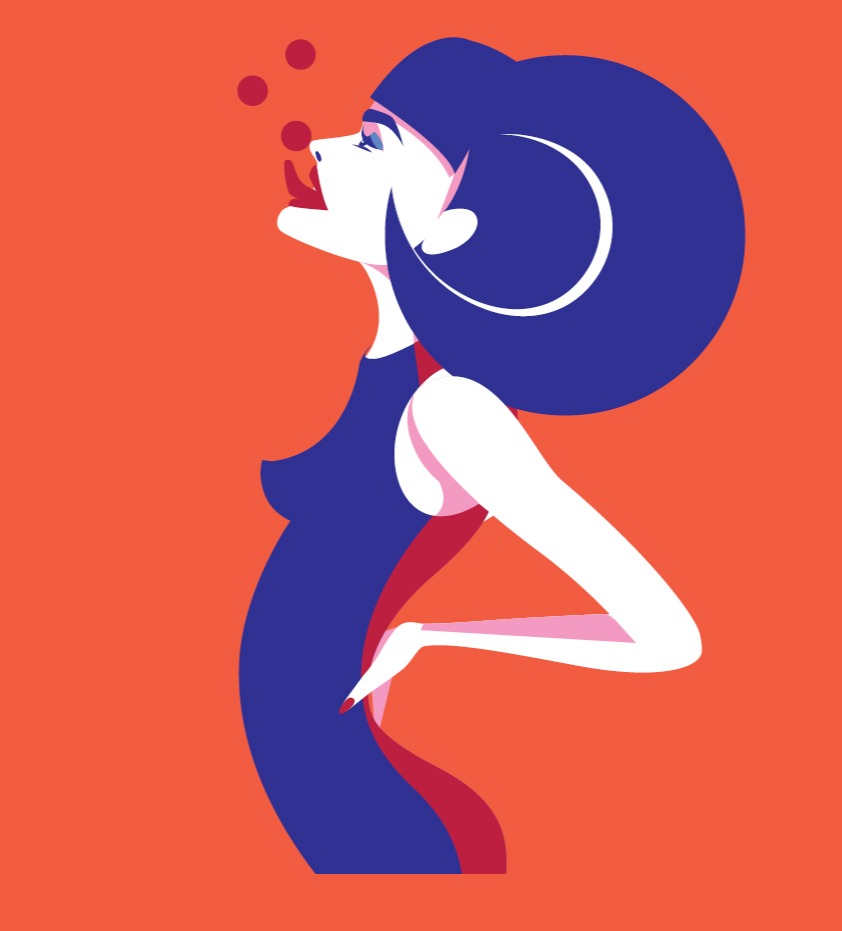 Weekly horoscope for August 14 – August 20: What the stars have in store for every zodiac sign revealed