People who have children definitely have many stories about how their little ones surprise them every day. And not all of the stories are fun and games. Kids are known to cause some serious trouble and it’s the parents who have to clean up the mess that follows.

At least that’s what others expect from the parents. Like this Reddit user who got her painting that was meant for a client destroyed by her nephew. So she asked her sister, who is the boy’s mom, to pay £2,500 (about $3,400) for the damages; however, the sister was not seeing her kid’s blame in the situation.

An artist is demanding her sister pay £2,500 (about $3,400) for a painting her child destroyed when she specifically told everyone to not go into her art studio

The original poster (OP) of the story was an artist, 26 years old at the time, who goes by the username CattFen on Reddit. She organized a New Year’s celebration for her family but specified that she didn’t want any kids to come.

Her sister, who she calls Lucy in the story, has a 9-year-old son who is named Ethan in the post and Lucy couldn’t find a babysitter for the evening so she came to the party with her son. 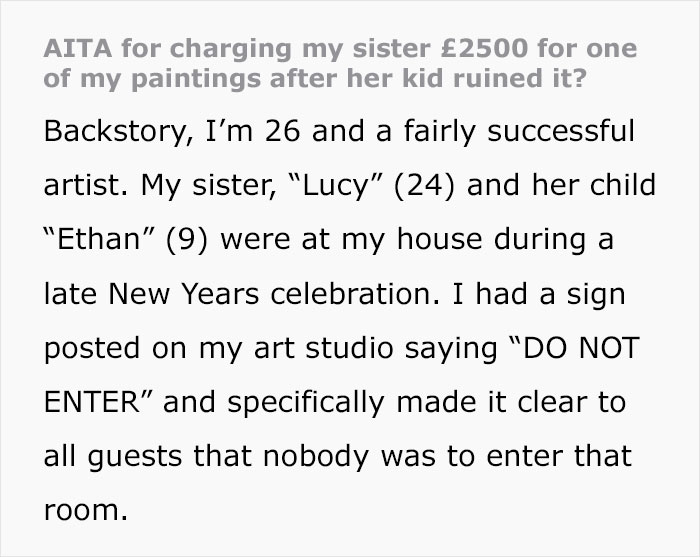 CattFen is a serious artist and had an art studio in her house which had a sign forbidding entry to it on the door. And she also verbally announced that nobody was to enter that room. But knowing that kids can get bored really easily and like to break the rules, the OP set up her boyfriend’s PS4 to keep Ethan entertained.

Apparently, it wasn’t entertaining enough for him as at 10pm, a crashing sound came from the studio and when the artist went to look at what happened, she saw Ethan having fun with the supplies in the room. And more importantly, he ruined a painting that was meant for a client and now needed to be started over. 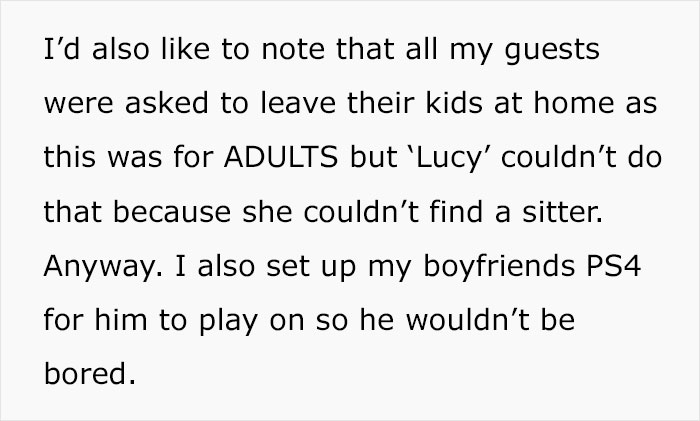 The next day, the OP sent a bill of £2,500, which would be about $3,400, to her sister as it was a commission. In the comments, the artist explained, “The £2500 is based on a few things. I will have to redo the painting as it was for a client. All the other items were destroyed. (The acrylics fell and he squirted them out. Very expensive acrylics!) The other time I will take me to redo the work (it was maybe 1/3 the way done) I will be receiving around £6000 for the work.” She also added that she wouldn’t have asked for money if the painting wasn’t an order from a client.

However, that didn’t stop her nephew and after a while she found him ruining her artwork an supplies 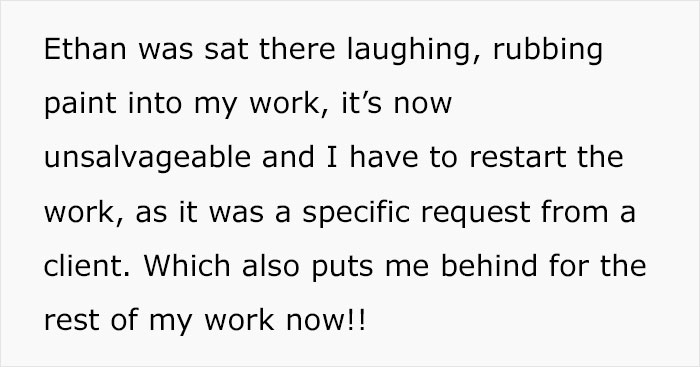 She also explained that Lucy’s husband is “VERY successful and she’s a SAHM (no disrespect). They can afford it 100%.” And she mentions in the post that her sister’s husband was not against paying. If you are wondering if Lucy has a reason why she shouldn’t pay, apparently she told her sister that “kids will be kids.” 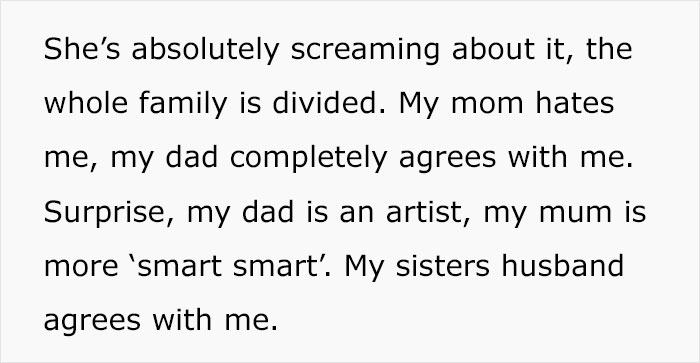 Another detail to have in mind is that the whole situation was probably not an accident. In another comment, CattFen detailed the layout of the house and how the studio is connected to it: “my kitchen and garage are connected, and next to the kitchen there’s a door to the living room. Through the garage there are two openings. The main garage door was open, but the side door that’s connected to the kitchen wasn’t. The kid went out of the house, into the garage through the car entrance and accessed my studio. (Which is next to the garage).” Which suggests that the kid didn’t accidentally stumble upon the door and went to see what’s inside out of curiosity.

What is your verdict? Is the artist in the right to demand compensation for her ruined work that she spent 15 hours on and for the damaged supplies? Or do you think that she shouldn’t be so serious about it because it involves a child which is also her nephew? Leave your thoughts in the comments!

Redditors were unanimous and saw no blame of the artist, saying that the child was old enough to know better 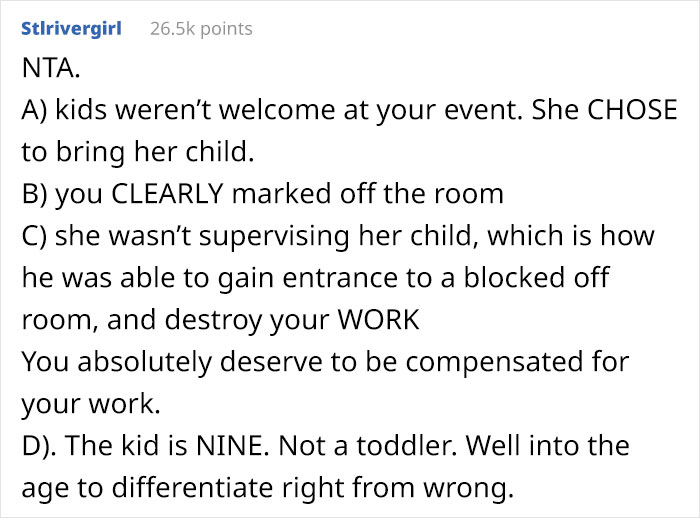 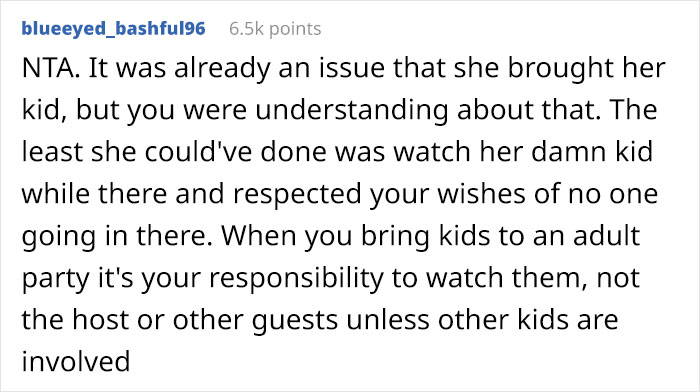 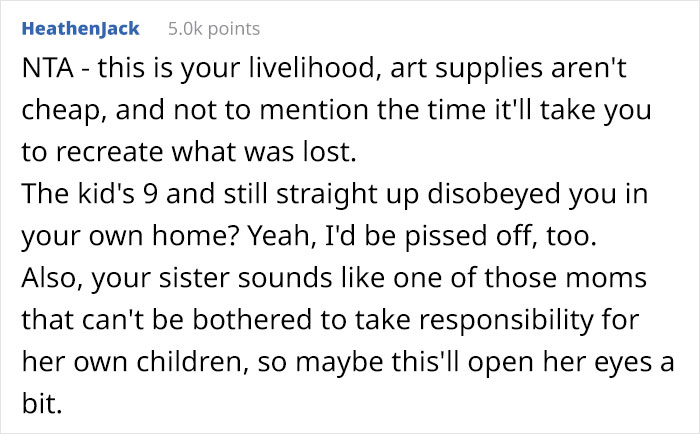 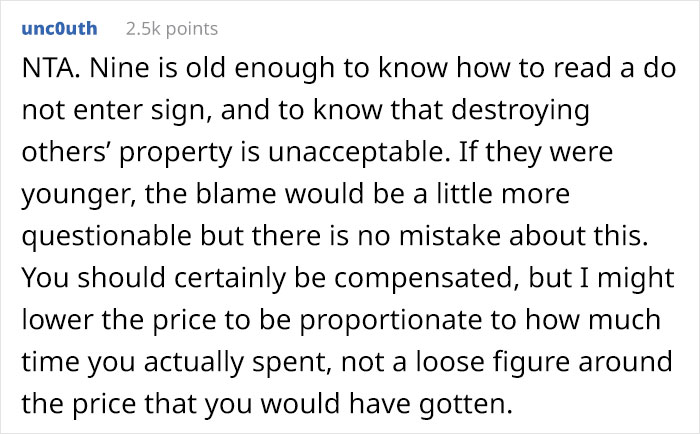 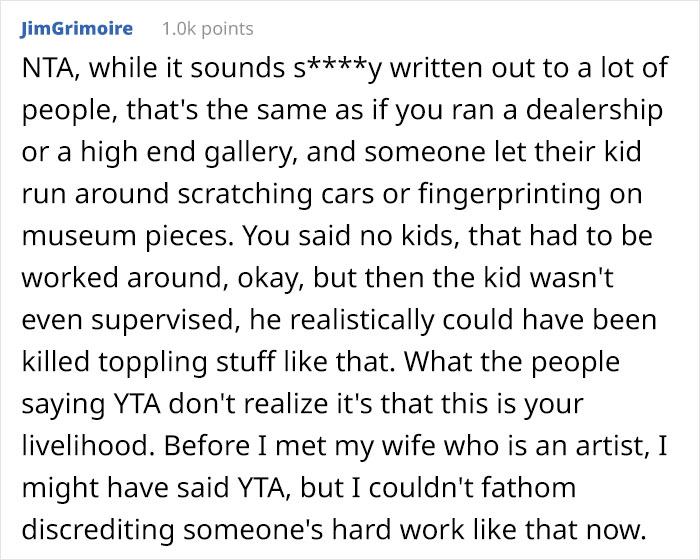 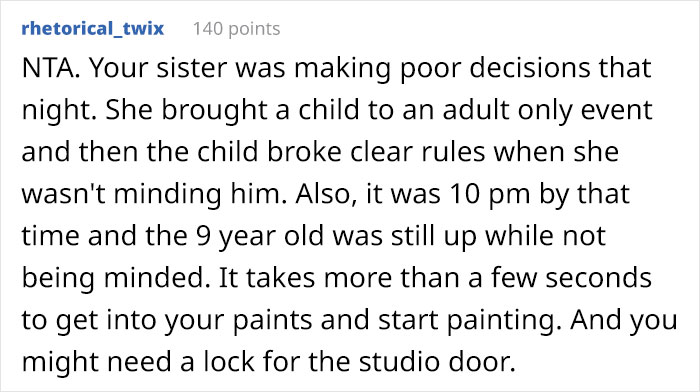 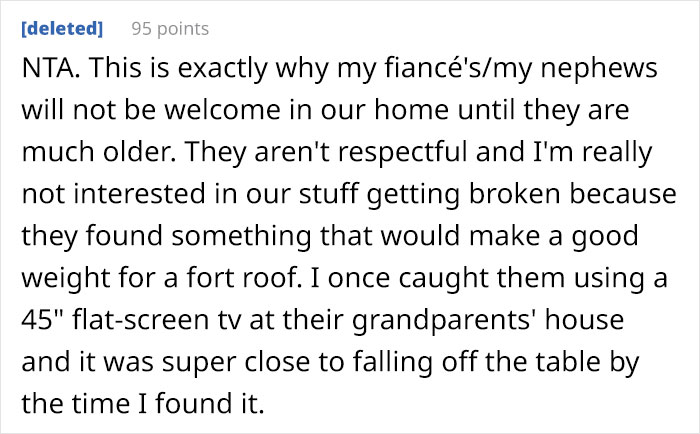 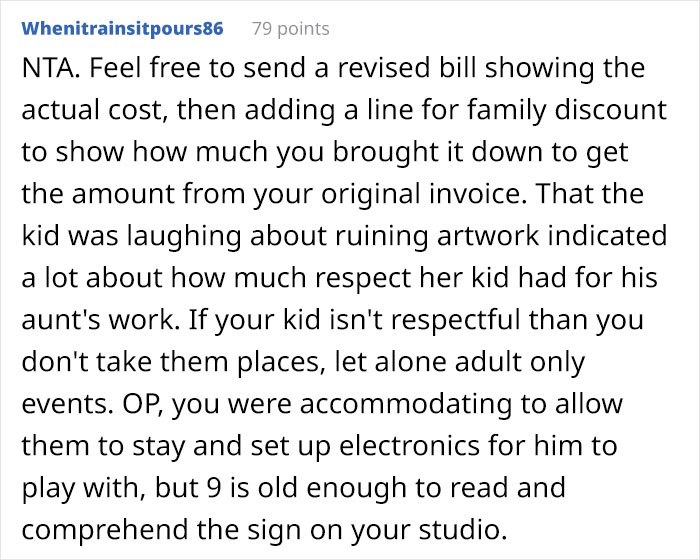