ARSENAL have bizarrely been linked with a January swoop to sign Real Madrid winger Gareth Bale in a swap deal for striker Alexandre Lacazette.

Both players are in the final year of their contracts, and the Gunners are claimed to be keen to part ways with their centre-forward in the New Year.

Real Madrid forward Gareth Bale has been linked with a January switch to ArsenalCredit: Getty 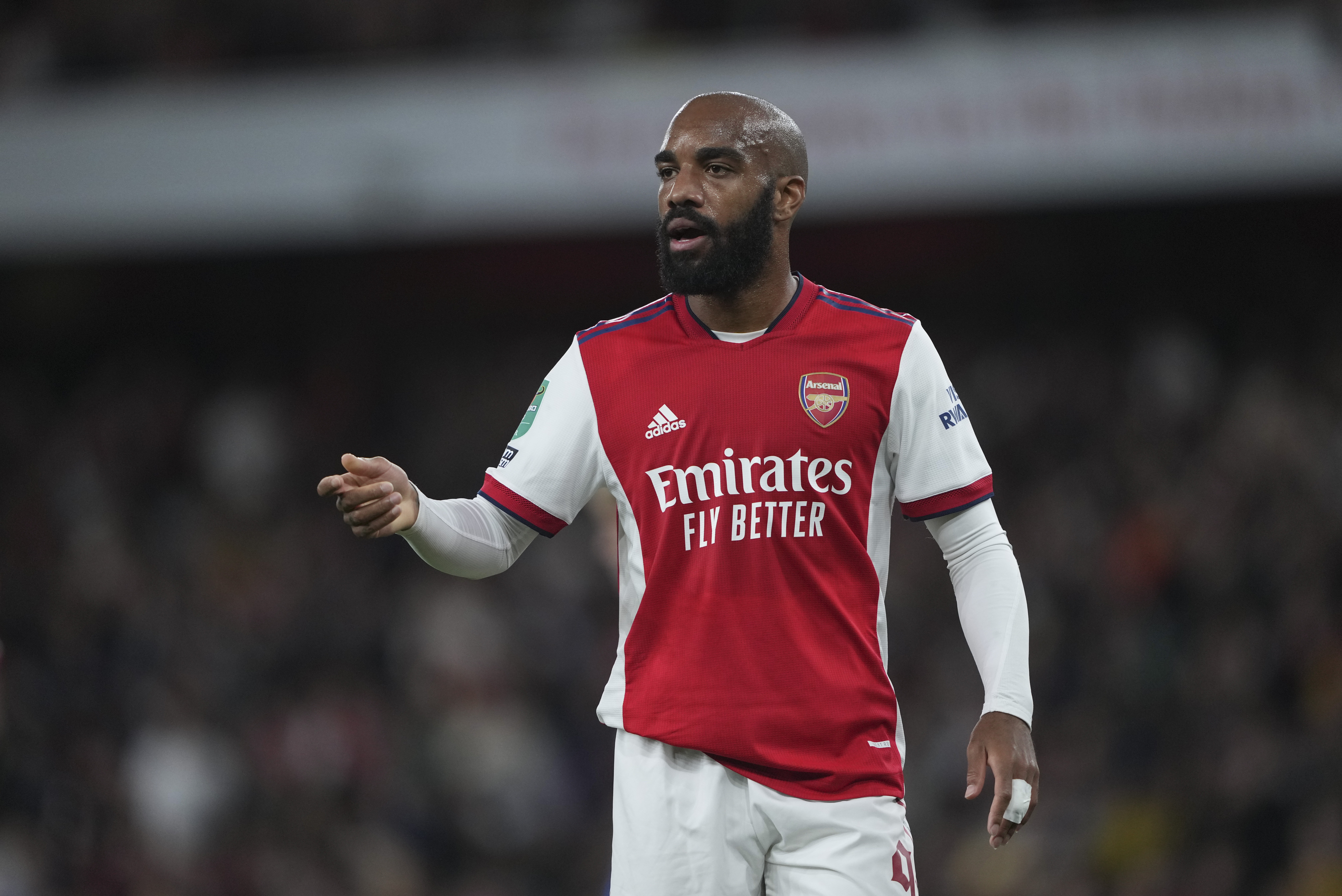 Spanish media claim that the Gunners are willing to offer Alexandre Lacazette to Los BlancosCredit: Rex

An astonishing report from Defensa Central has stated that Mikel Arteta’s side are keen to bring Tottenham icon Bale back to North London.

Bale spent last campaign on loan with Spurs, before returning to Los Blancos where he won back his place in the starting XI under Carlo Ancelotti.

But he has failed to feature since August 28 for Real after picking up an injury.

Despite concerns over his fitness, it has been said that Arsenal are interested in securing his services.

The Spanish news outlet has boldly announced that Arsenal have offered Lacazette to Real in exchange for Bale.

However, the three-time Premier League champions have let it be known that the Wales international would have to lower his wage demands.

But in a blow to Arsenal, the alleged offer was knocked back by the LaLiga giants.

Despite being linked with Real in the past, the club are no longer interested in a move for Lacazette.

Instead, they are looking to bring Paris Saint-Germain forward Kylian Mbappe and Borussia Dortmund marksman Erling Haaland to the Bernabeu.

It has also been reported how Real are unwilling to sign a striker in the winter transfer market as they believe they have enough options in attack until the summer.

Lacazette could now be sold in a cut-price deal in January with the ex-Lyon ace unwilling to extend his stay at Arsenal.

Newcastle could turn their interest into a formal bid with the Magpies set to splash the cash following their takeover.

It is understood the Toon have a ten-man initial shortlist of stars they are looking to bring in, with Lacazette included.