MIKEL ARTETA has slammed Nicolas Pepe and told him his red card for a headbutt at Ezgjan Alioski was ‘unacceptable’ at Leeds.

The Gunners managed to survive and hold Marcelo Bielsa’s side to a stalemate despite playing over 40 minutes with a man less. 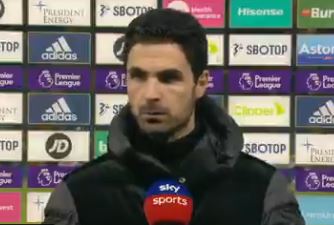 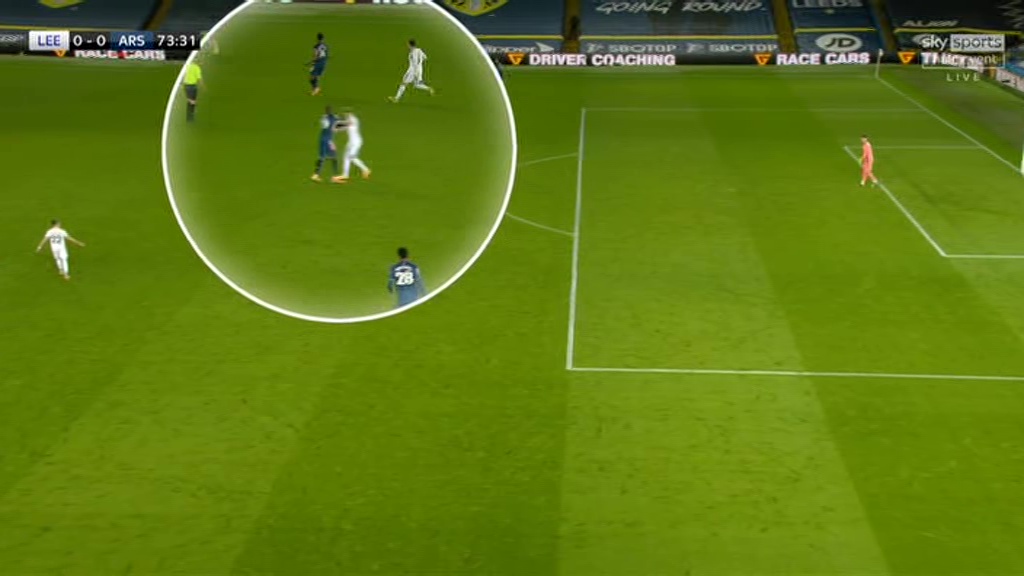 The Gunners star was sent off after he was spotted by VAR headbutting AlioskiCredit: Sky Sports

The incident occurred just after half time, and after a VAR check, winger Pepe was given his marching orders at Elland Road.

And afterwards his manager did not hold back as he blasted the Ivory Coast attacker for his hot-headed reaction.

“At this level you cannot do it.”

On the result, Arteta added: “Considering how early we got Pepe sent off we have to take it.

“I never like a draw but in the circumstances it’s a point. It is unacceptable.

“The first half there were two different periods. The game broke a bit, we started to give the ball away and led to them having the space to break.

“The second half it was a matter of defending well and staying patient and using the pace of our players in the space they were leaving.”

Manchester United legend Patrice Evra was a pundit for Sky and he said afterwards that Pepe should apologise to the Gunners squad.

“Alioski deserves an Oscar… he looked like he’d broken his nose or something. But it’s really silly from Pepe. 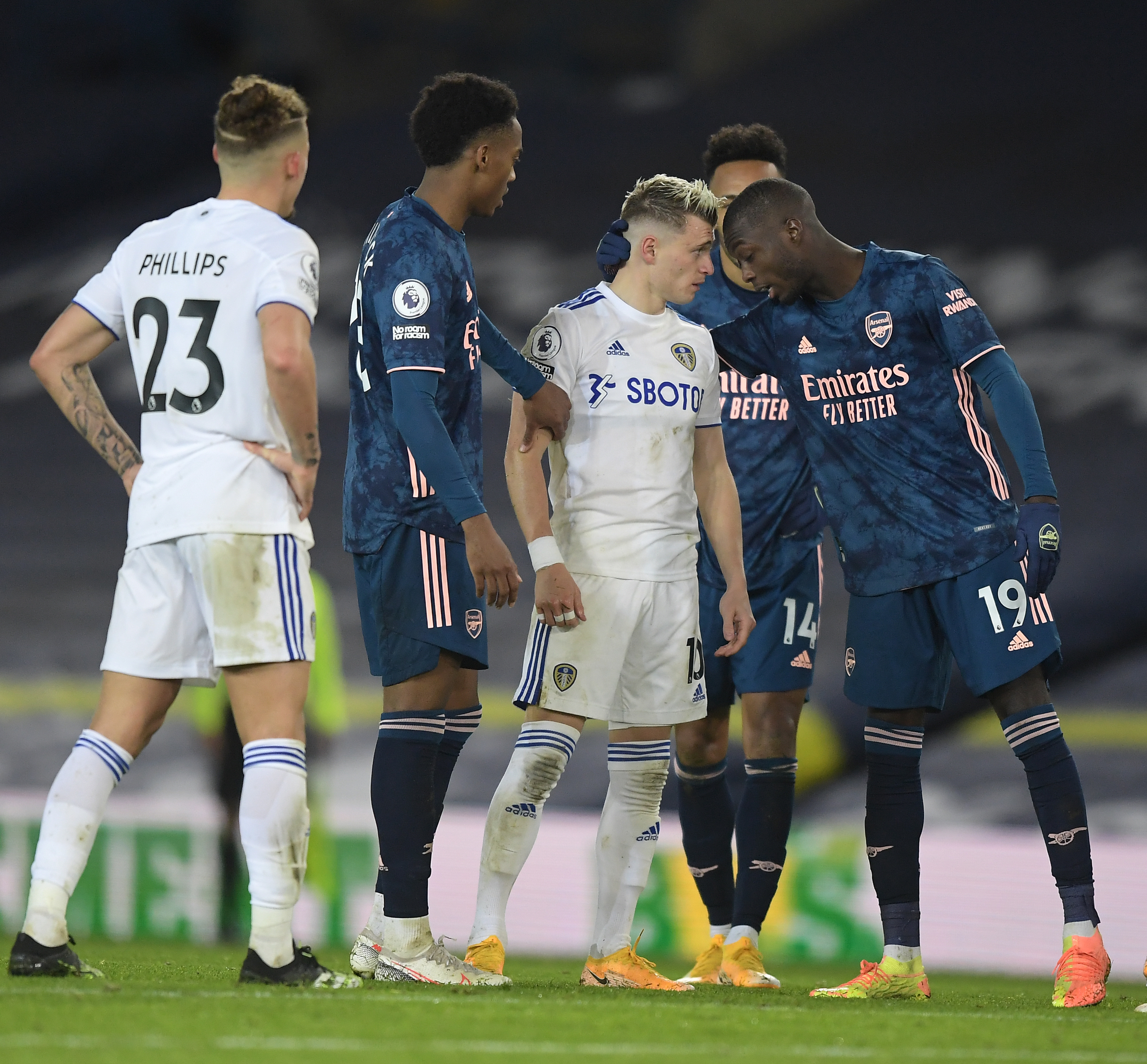 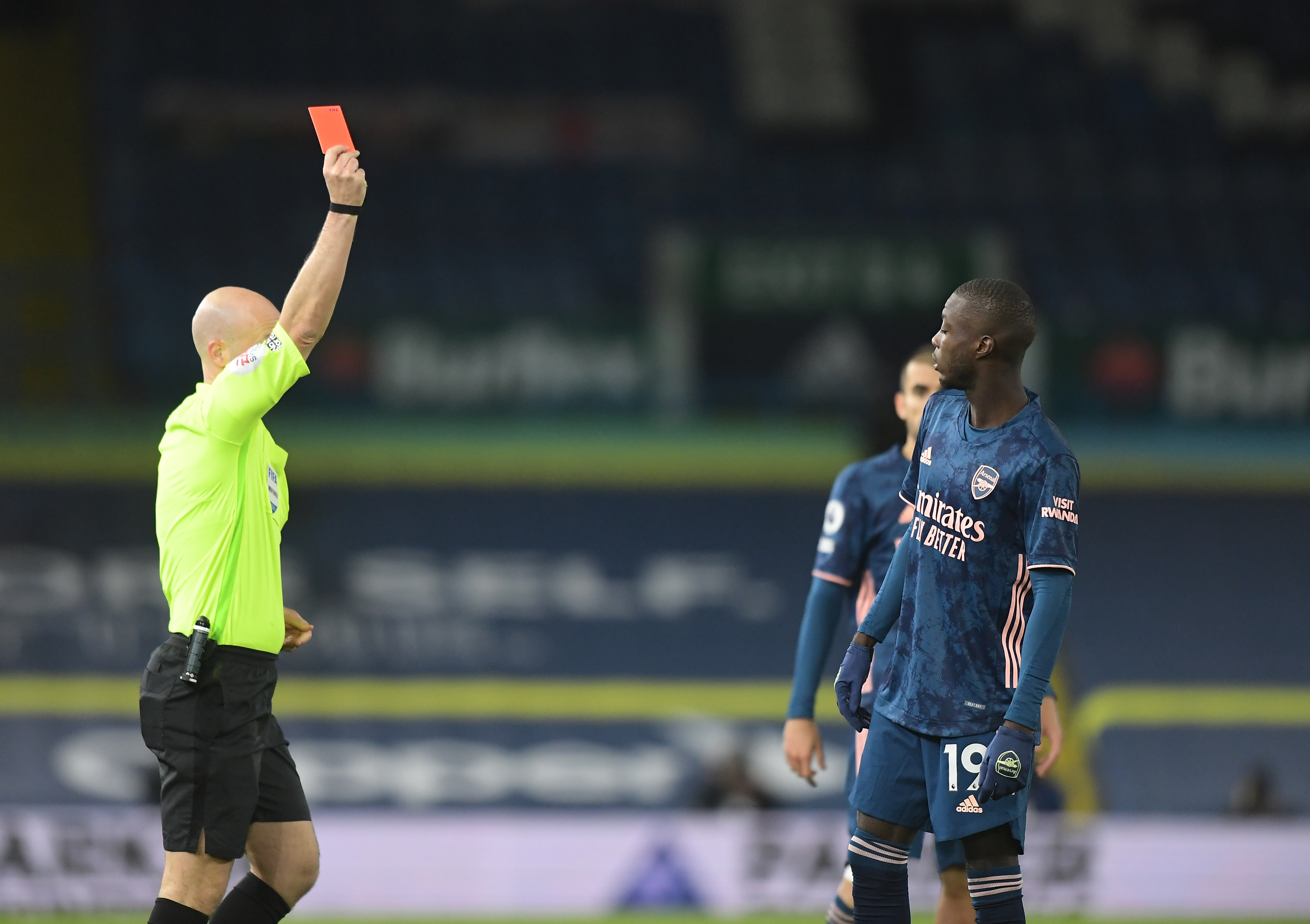