A ROOKIE soldier with a “heart of gold” was found dead on a railway line while on leave from his training barracks.

Private Thamir Mbarushimana, 18, was found dead on railway tracks in his hometown of Wythenshawe, south Manchester, on February 6. 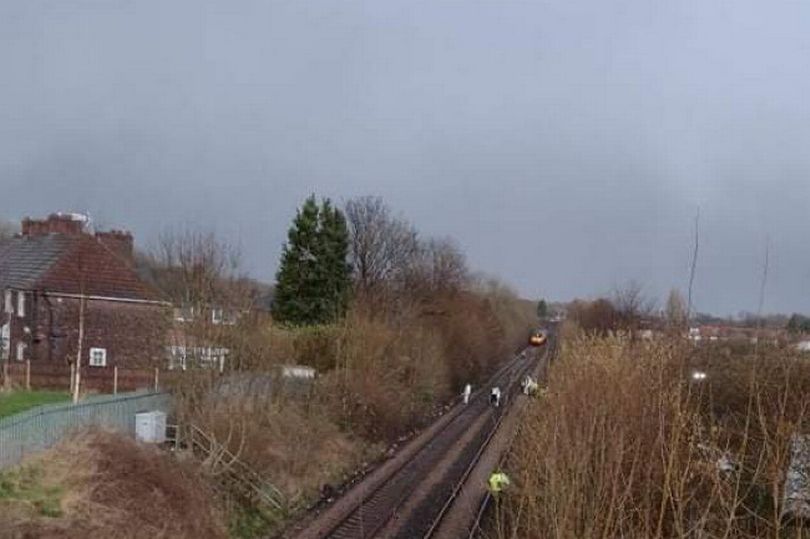 He was found dead on railway tracks in his hometown of WythenshaweCredit: MEN Media

He was based at the Infantry Training Centre at the British Army’s Catterick Garrison near Richmond, North Yorkshire.

It is understood Pte Mbarushimana had only been in training there for weeks and was visiting his family at home in Wythenshawe at the time of his death.

Police and paramedics were called to a stretch of railway line near Southmoor Road, Wythenshawe, at 4:17pm following reports of a ‘casualty on the tracks’.

Sadly, Pte Mbarushimana was pronounced dead at the scene.

Trains between Stockport and Altrincham were cancelled for around three hours following the incident.

A British Transport Police spokesman said Pte Mbarushimana’s death was not being treated as suspicious and files were being prepared for a coroner.

Pte Mbarushimana was a former pupil at Manchester Health Academy in Baguley.

His grieving family said he was proud of his accomplishments in becoming a soldier – a pride they shared.

In a statement, Pte Mbarushimana’s family said: “We thank all those who are providing love, support and understanding for our family at this time.

“Thamir was a wonderful man who we will all sorely miss. He was caring, generous and loving.

“He touched the lives of many and will forever remain in our memories.

“Thamir was proud of his accomplishments in becoming a soldier in the Army and we shared in this pride as a family.

“We would like to thank the British Army for their support over the last week.

“We request that our family are left to grieve in privacy and will not be commenting any further at this time.”

Catterick Garrison is the largest Army base in Britain and home to more than 13,000 personnel.

Pte Mbarushimana was one of two men from the base to die on the same day.

In a separate incident, police were called to Catterick Garrison at 5am on February 6 after receiving reports of the “sudden death” of a 33-year-old man.

Iraq and Afghanistan War veteran Nicolas Hart was discovered in his room – but no cause of death has been confirmed.

At the barracks eight soldiers have died suddently or by suicide since 2018 – sparking fears that there is a “pandemic of suicide.”

Friends are rallying round Pte Mbarushimana’s family and a GoFundMe appeal has been launched.

It describes Pte Mbarushimana as an ‘aspiring soldier who didn’t get to live out his potential in the Army’ – and said he had a ‘heart of gold’.

The organisers wrote: “We would be thankful for any donations.

“Thamir has been such a good soul to everyone and he had a heart of gold.

“We’re doing this for all his family and friends to give him the best send off, which he truly deserves.

“RIP Thamir – until we meet again.”

An Army spokesperson said: “It is with great sadness that we can confirm the death of Private Thamir Mbarushimana in Manchester on February 6.

“Our thoughts are with his family and friends at this difficult time.”

An inquest into Pte Mbarushimana’s death will be held on a date yet to be fixed.