ANTHONY JOSHUA packed on 4lbs in his effort to bully and KO Oleksandr Usyk on Saturday. 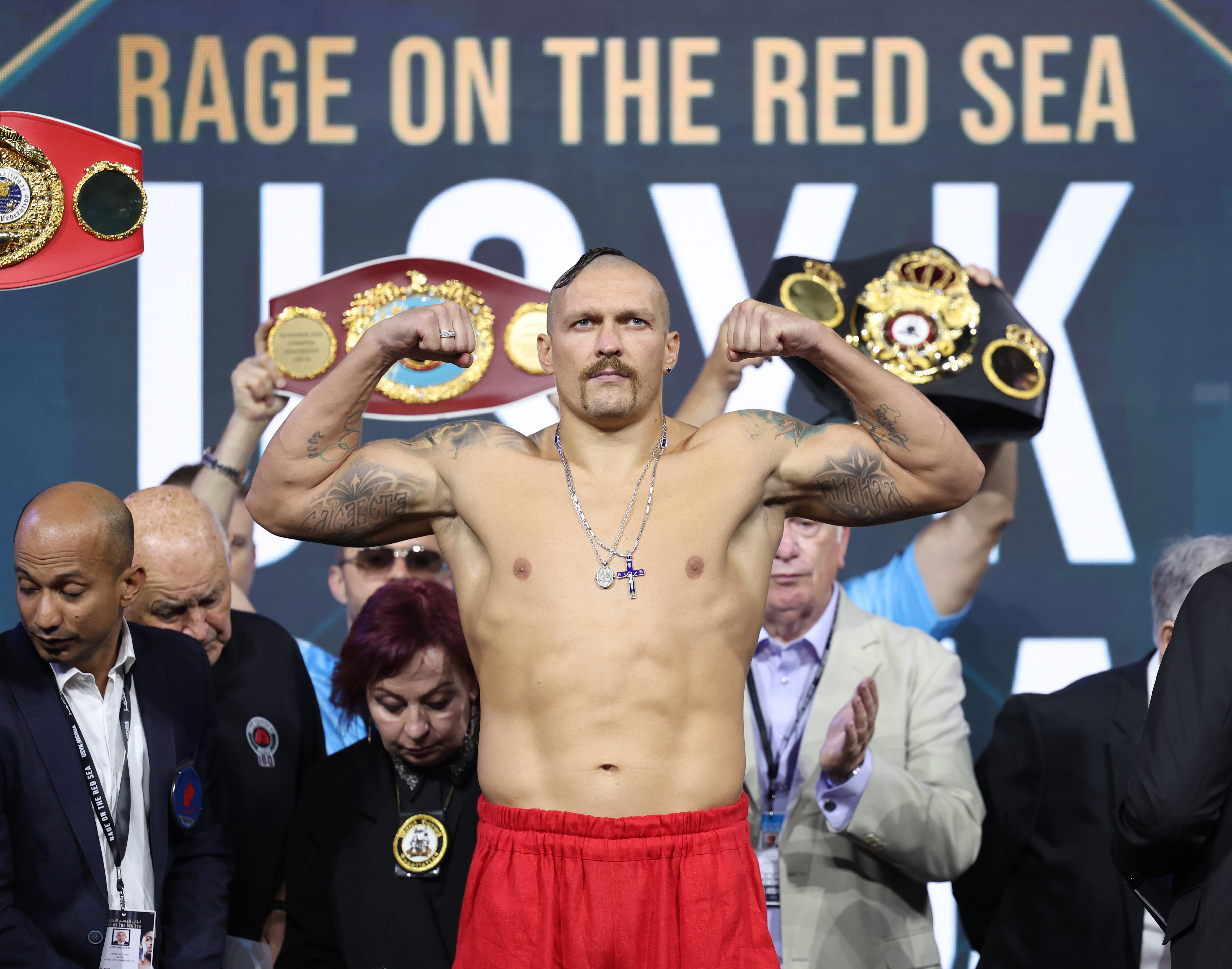 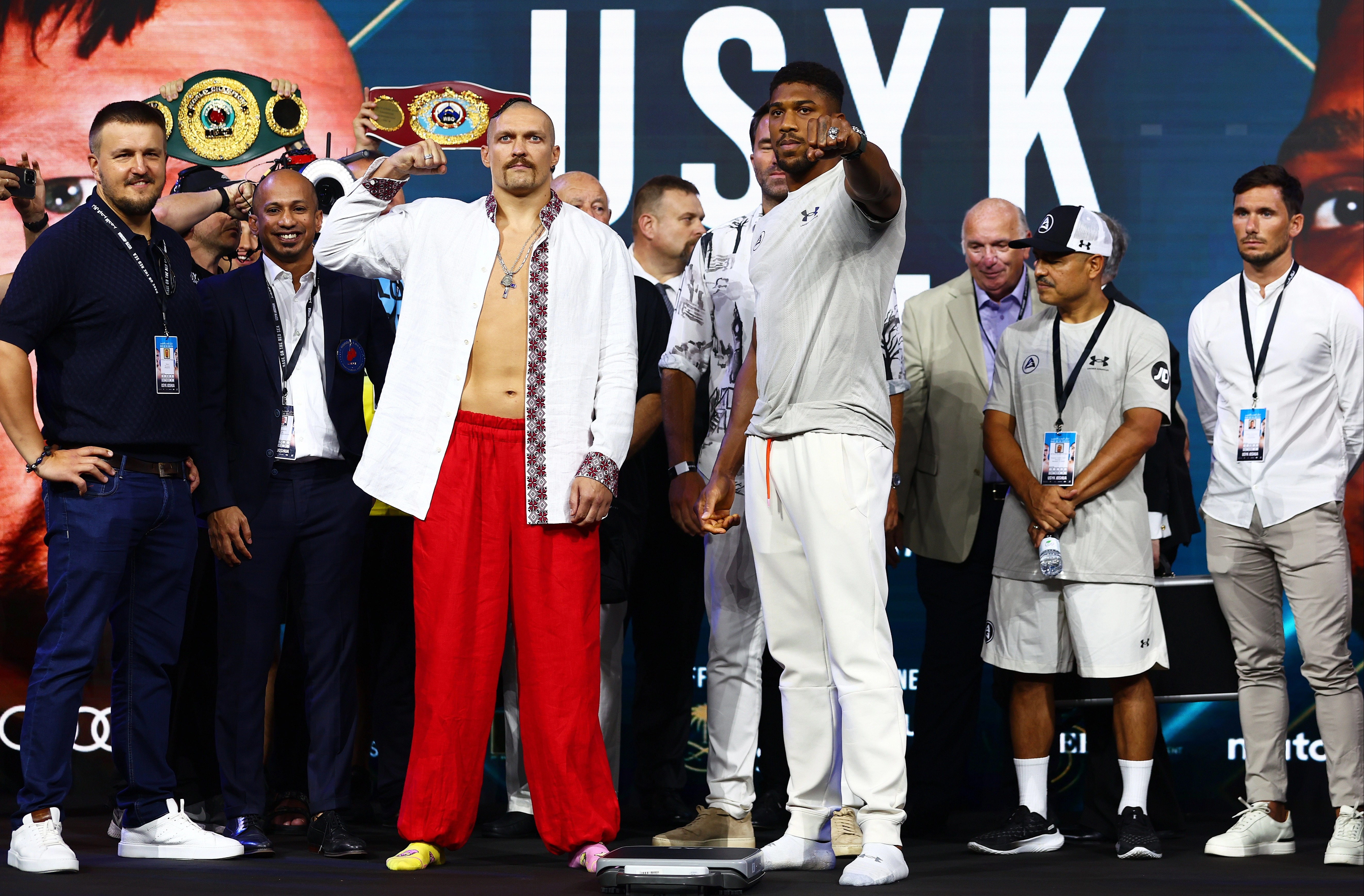 Oleksandr Usyk and Anthony Joshua ahead of their rematchCredit: Getty

And he stripped his top off – but left on his trousers and pants – to make 244lbs on Friday afternoon in Jeddah, before staring down his 13lbs lighter foe.

The under-pressure challenger said: “I’ll be honest, all of this stuff doesn’t matter, it’s just about the fight. Real talk.

“All of this stuff, weight, face-off, none of it matters to me. Just looking forward to the fight.” 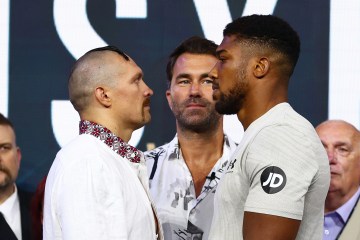 Misleading photos of the WBA, IBF and WBO champ looking massive – and Amir Khan’s terrible maths following a visit to his Dubai gym – had some fans thinking Usyk had packed on as much as 2st.

But he was just a quarter-of a-lb over his September weight – technically a career heaviest – and played it ice cool as always when asked if it was an intentional trick.

“Your expectations are not met every time,” he grinned.

But he has now linked up with American boxing mastermind Robert Garcia, promising a seek-and-destroy approach. 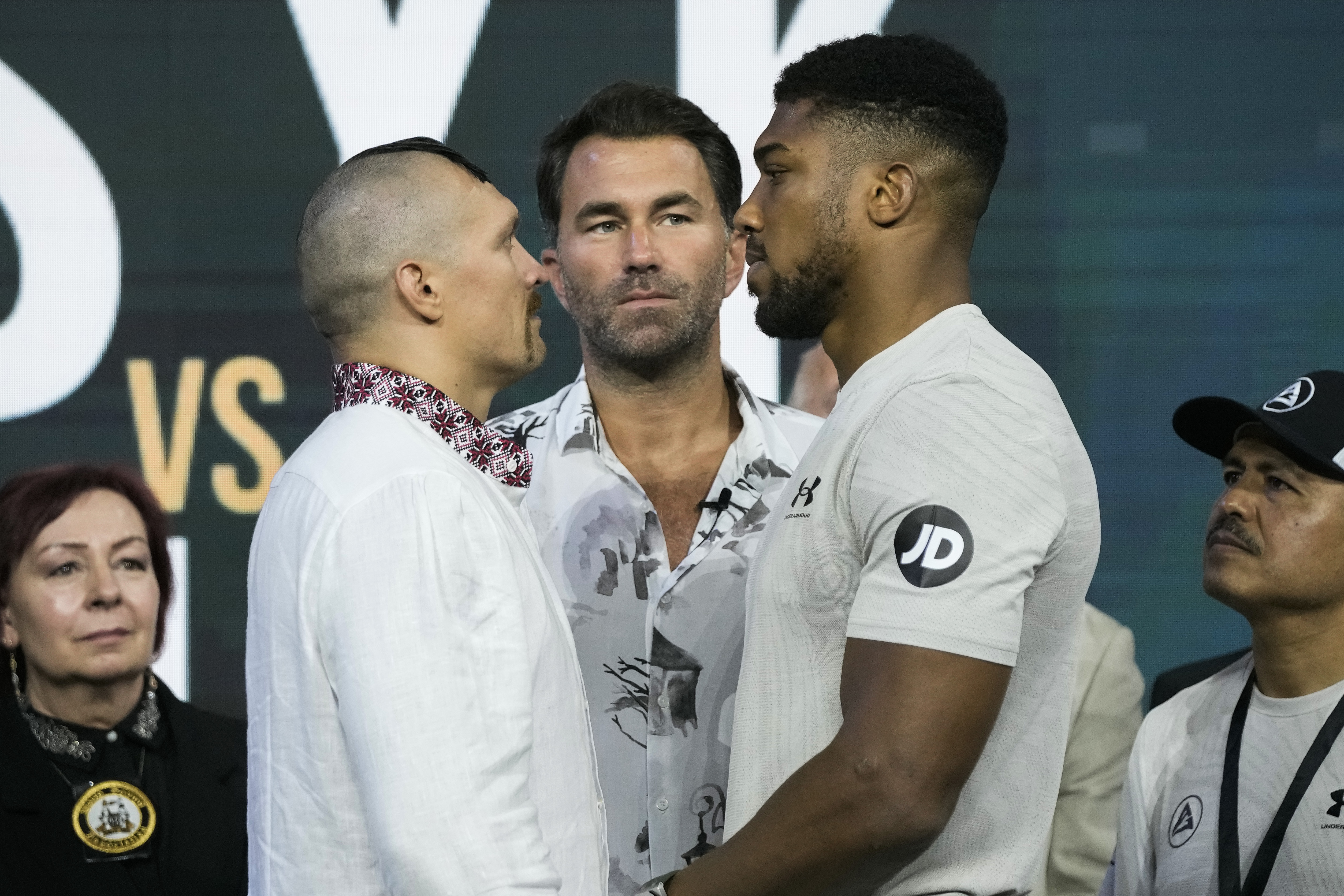 Oleksandr Usyk and Anthony Joshua face off for the final timeCredit: AP 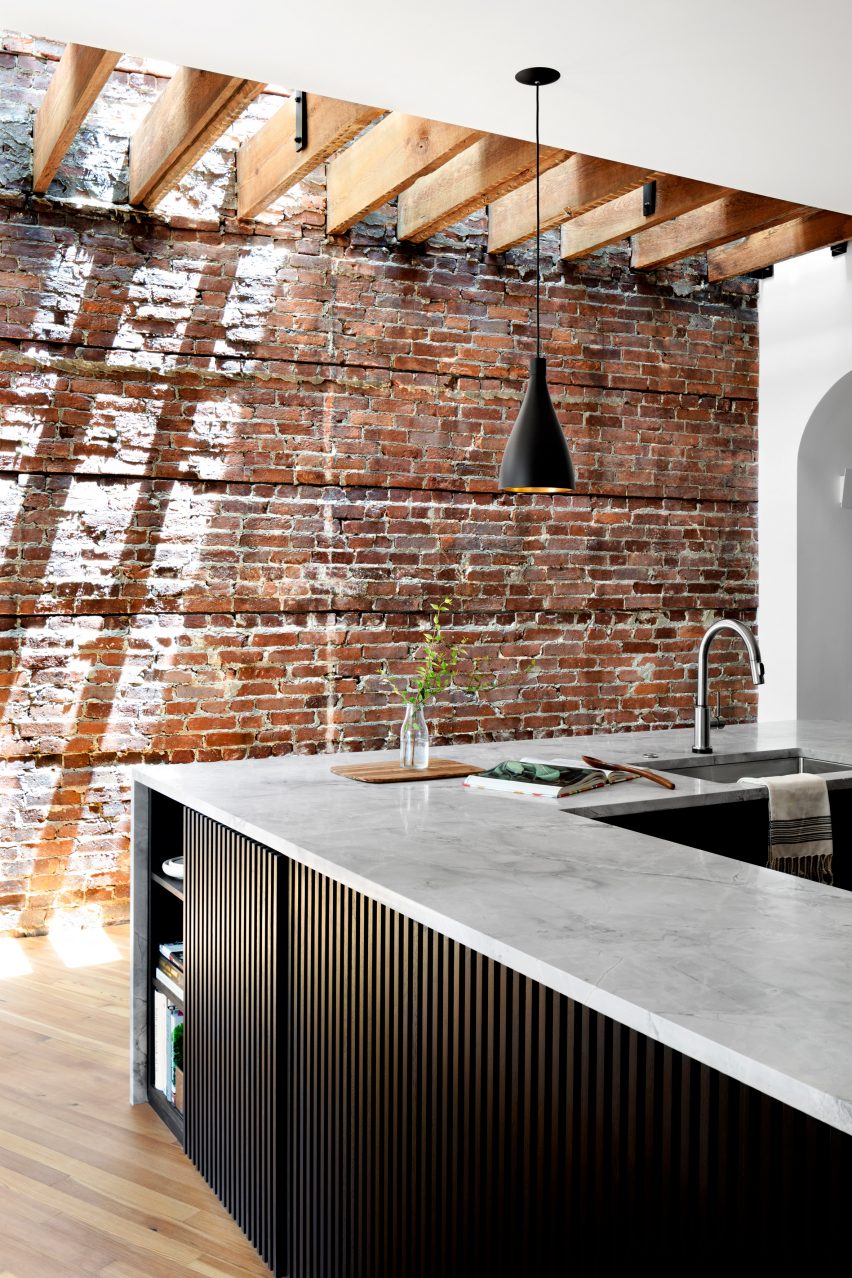