ANGELINA Jolie and Ellen Pompeo enjoyed a girls night out on Wednesday in Beverly Hills, California.

The unexpected pals were spotted having a nice dinner, along with some of their kids, at E Baldi, an upscale Italian restaurant. 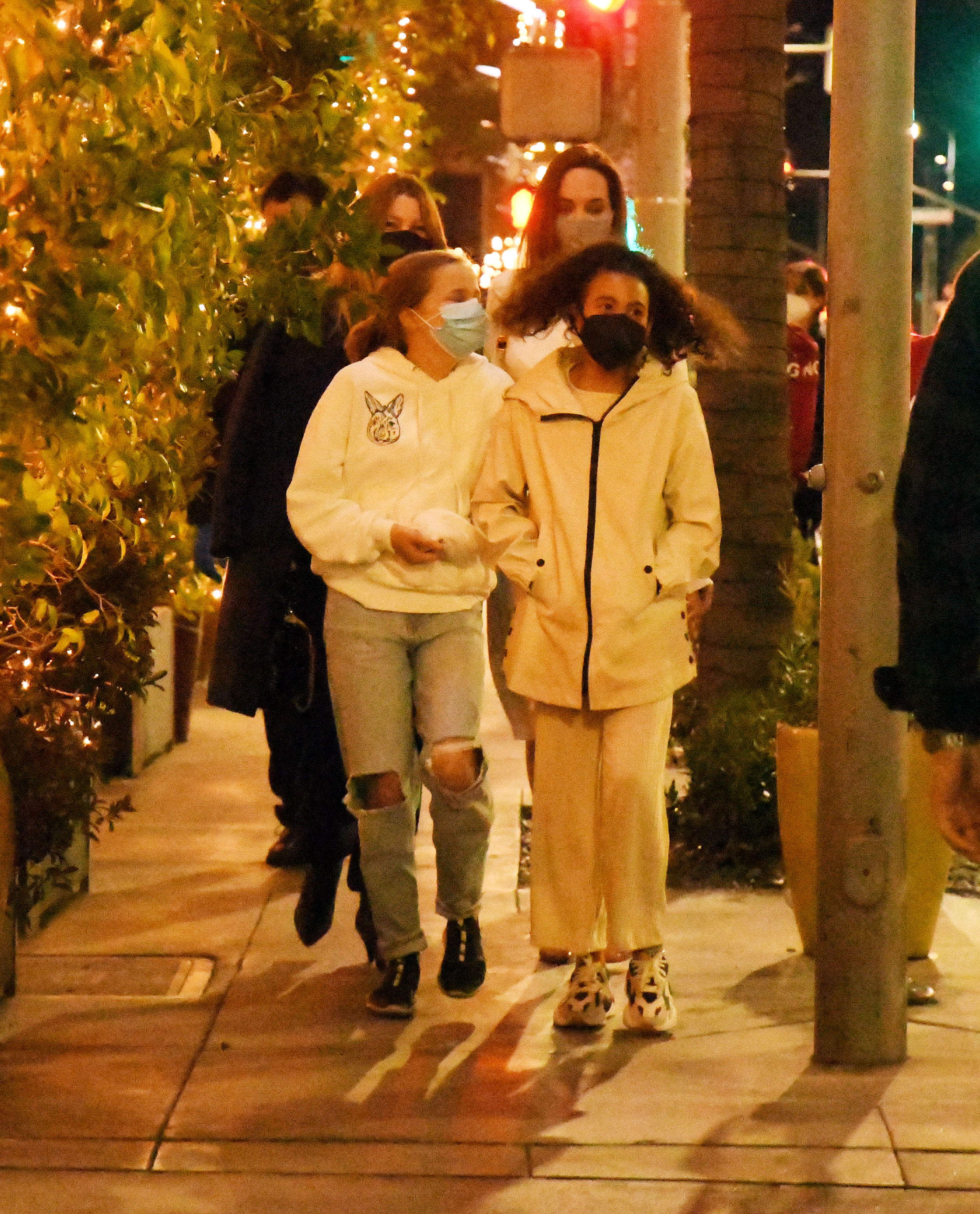 For their night out on the town, Angelina, 45, dressed up in a white, long-sleeved robe-style wrap dress with nude heels.

Grey’s Anatomy star Ellen, 51, opted for the opposite and chose an all-black ensemble.

Both of the actresses wore their hair down, just past their shoulders, and had on face masks as they walked toward the restaurant and as they were inside and made their way to their tables.

Angelina, who shares six kids with her ex-husband Brad Pitt, and Ellen, who has three children with her husband Chris Ivery, brought along some of their kids for the dinner trip. 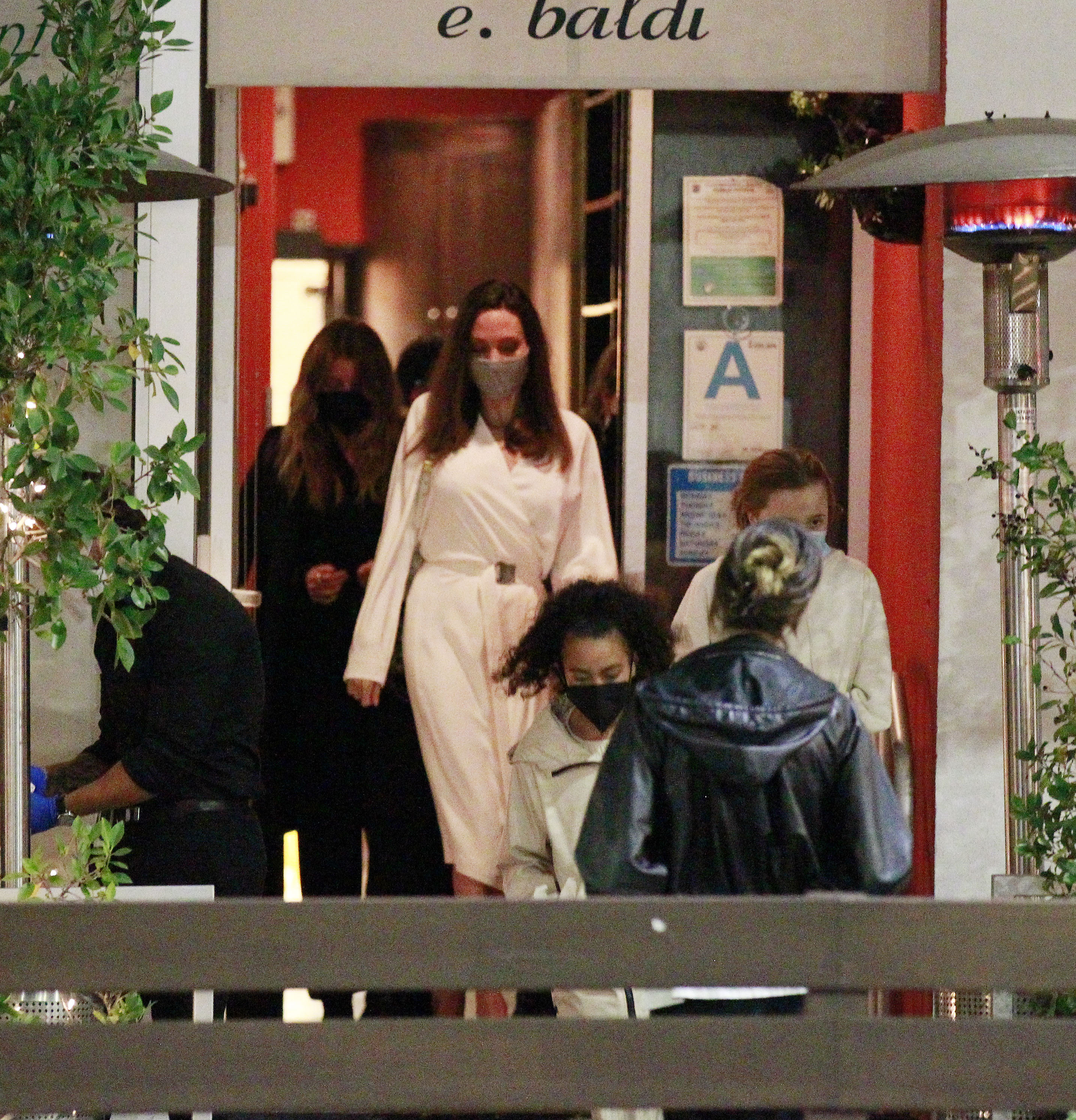 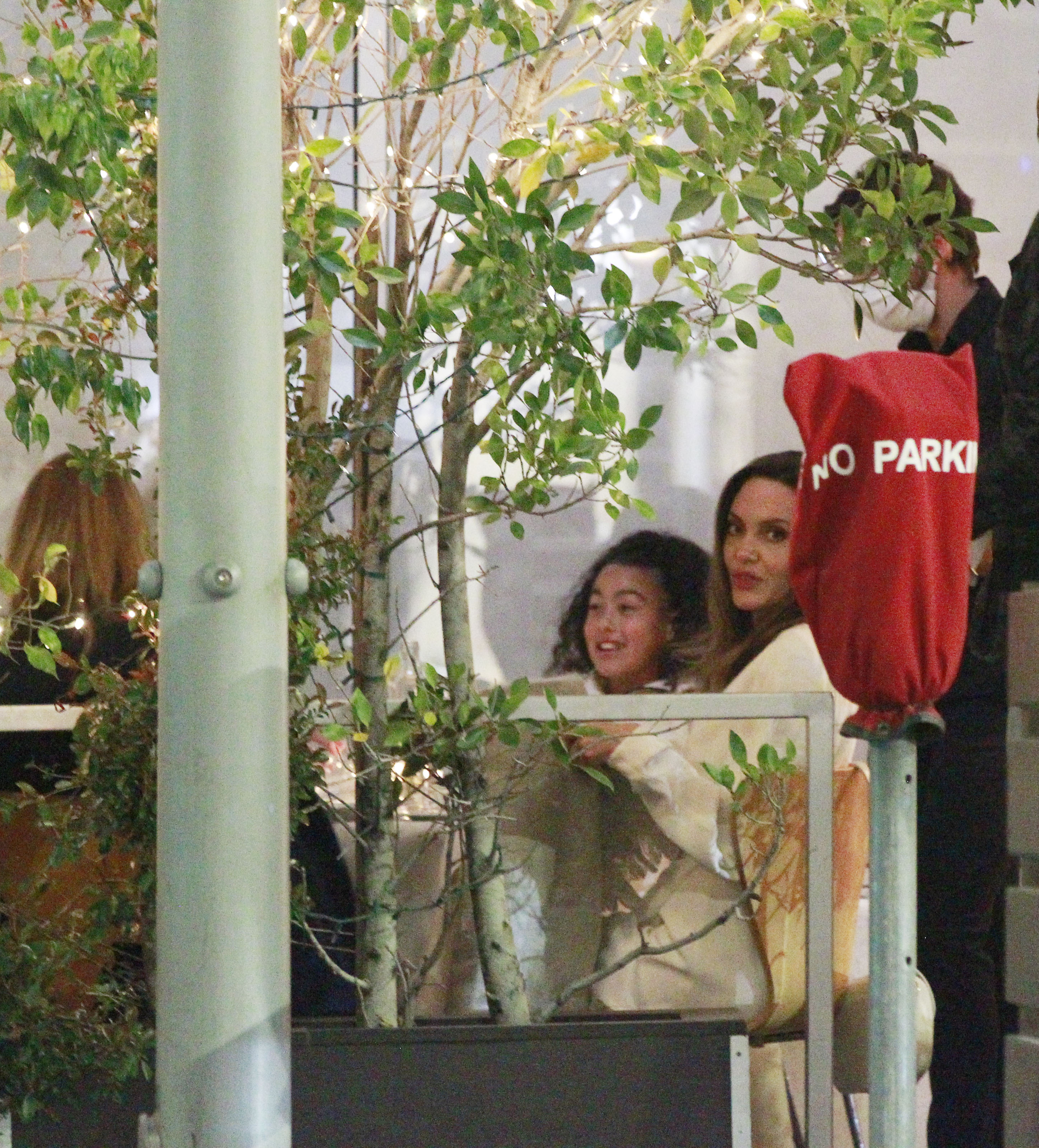 Of the unlikely duo, a source told ET that they are actually neighbors and have been friends for a little while.

The insider added that their daughters, who were seen walking side by side toward the restaurant, are good friends, too.

Earlier this week, Angelina was able to make $11.5 million after auctioning off a rare Winston Churchill painting gifted to her by her ex Brad. 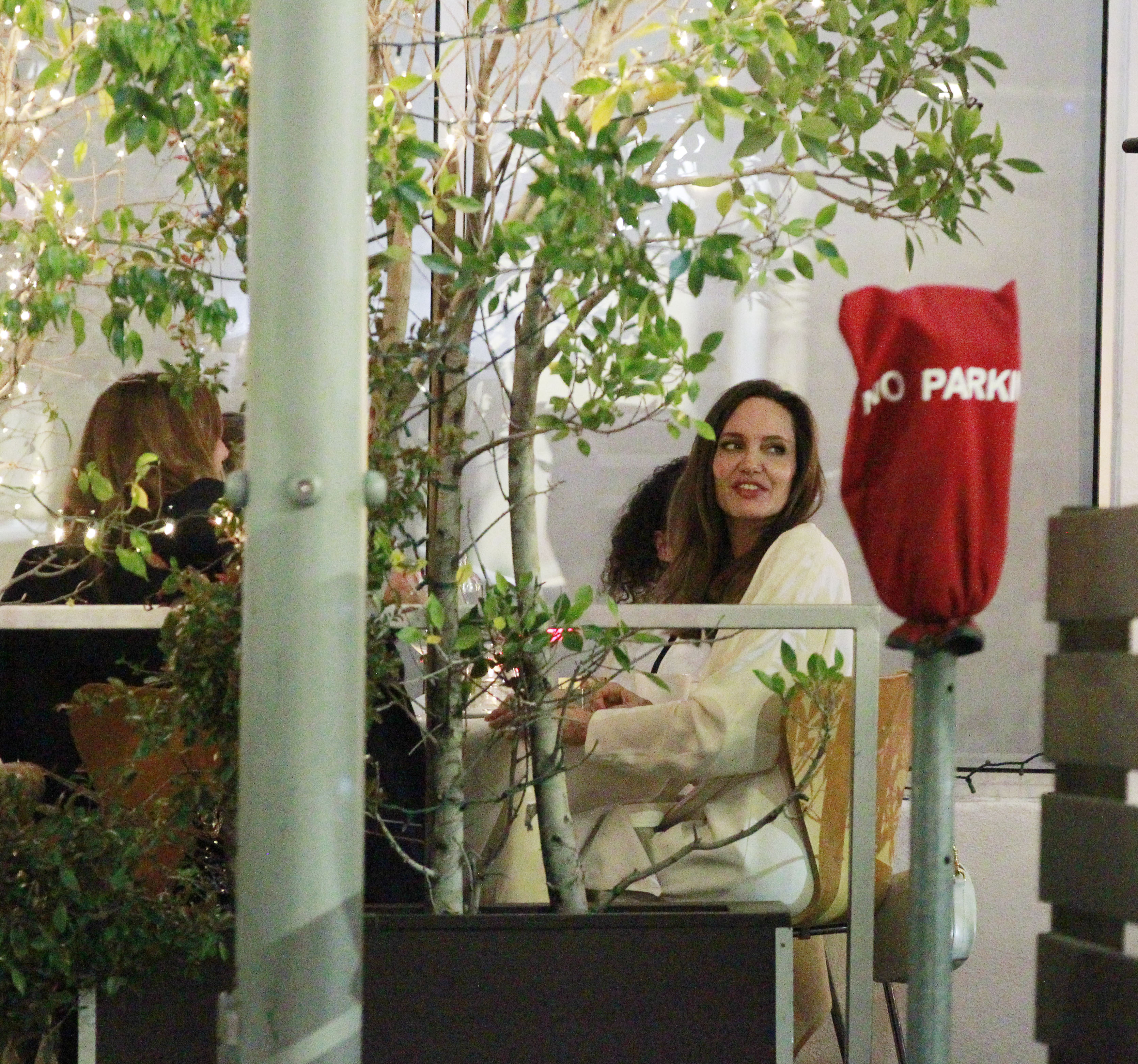 The late Prime Minister painted the piece in 1943 for Franklin D. Roosevelt.

The Moroccan painting was previously expected to be sold off for about $3 million, but the 45-year-old was able to sell it off in London for the eye-popping price of $11,590,715.

The painting, called “Tower of the Koutoubia Mosque,” was the only piece that Churchill created during World War II.

An insider told Page Six that the mother of six had the piece since 2011 when it was bought from New Orleans antique dealer M.S. Rau for $2.95 million.

The source added that Brad was the purchaser of the painting which then fell into the Jolie Family Collection.

Brad and Angelina had a nasty divorce battle after splitting in 2016, with the divorce not being finalized until three years later.