On tonight’s episode of the ABC singing competition, emotions were at an all-time high as Luke, 44, along with panelists Katy Perry and Lionel Richie revealed this season’s Top 16. 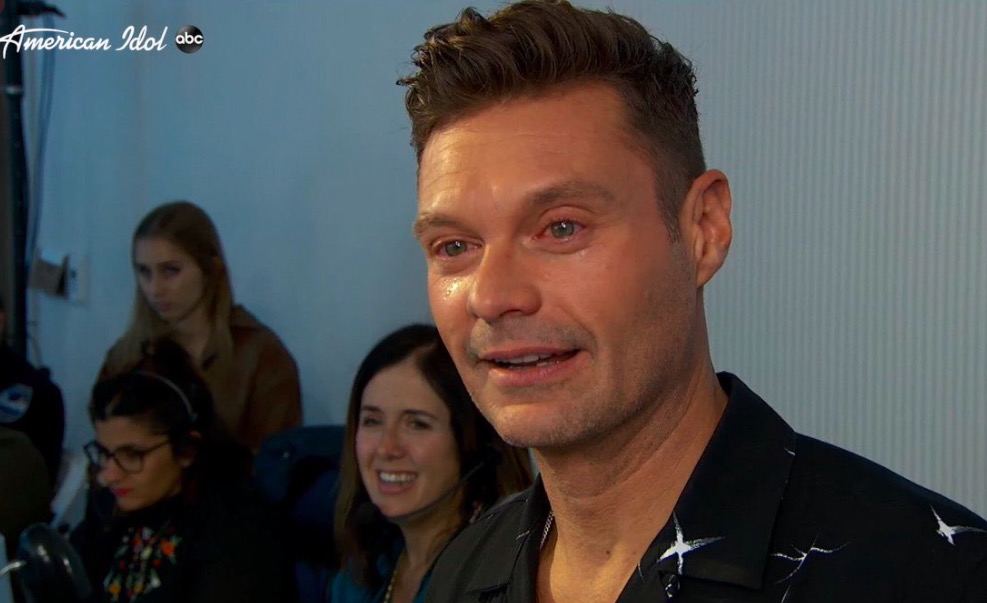 Rocker Wyatt Pike, 20, gave his best rendition of Kings Of Leon’s hit, Use Somebody, where he was credited for being “authentic” and having “a blast” on stage.

Country crooner Luke appeared moved as he watched the aspiring star jamming with his guitar.

Afterwards, all three judges had positive words to tell Wyatt – with Luke even praising the rest of his future career.

“One of the coolest things that’s ever happened to me is the day I realized that I could do music for the rest of my life and Wyatt I already know you will too,” he told him.

Following the critique, host Ryan joined a teary Wyatt on stage, when he quipped “don’t worry, there’s lots of easy criers in here.”

The TV personality poked fun of himself – for getting misty eyed on many Idol episodes in the past.

Luke let out a boisterous laugh and agreed that Ryan was indeed an “easy crier.”

He took the mockery a step further by tweeting a picture of Ryan with red, tear-filled eyes.

“‘Easy criers in here…’ This really made me laugh because it’s true,” Luke wrote of Ryan’s emotional state.

American Idol’s Luke Bryan says he got Katy Perry’s baby Daisy, 7 months, a GUN but admits mom will never let her use it