THIS amazing photo shows the moment SEVEN horses crossed the finish line at the same time.

And incredibly the 400-yard dash was won by the outsider of the field – with ‘corona’ in its name! 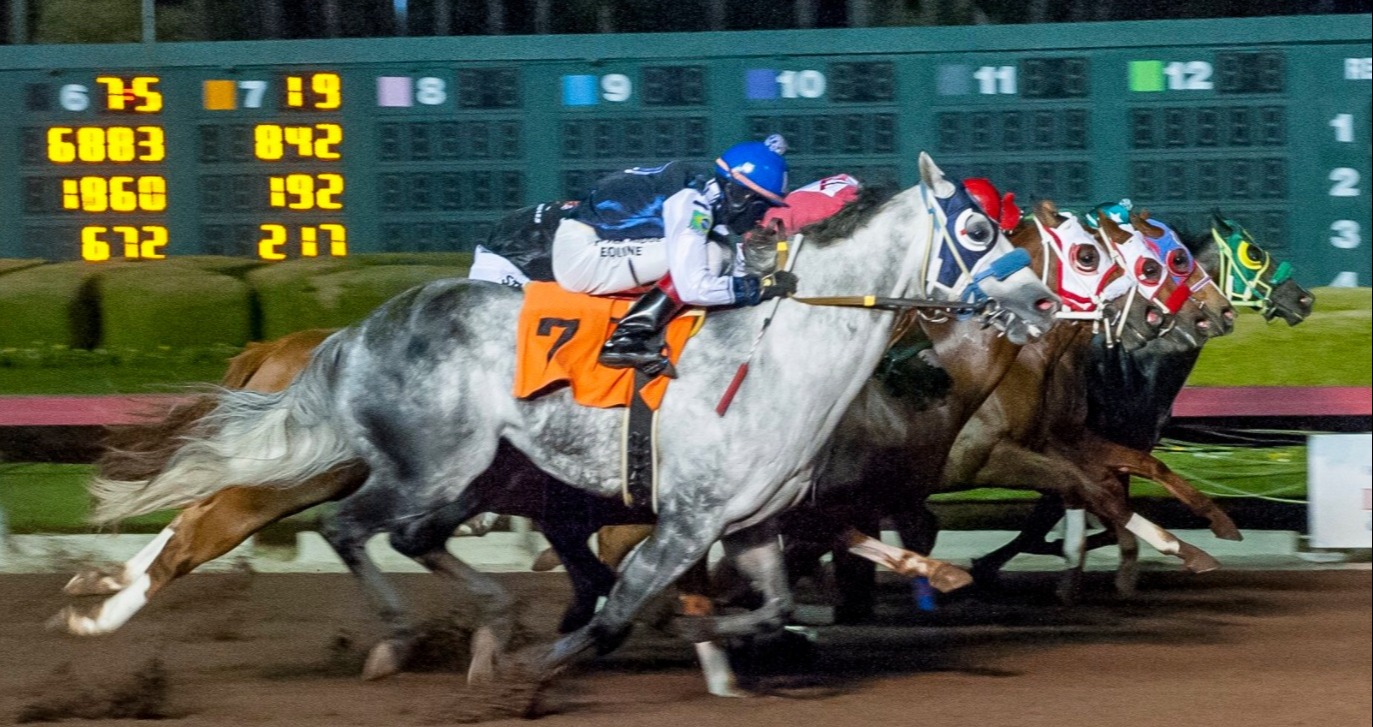 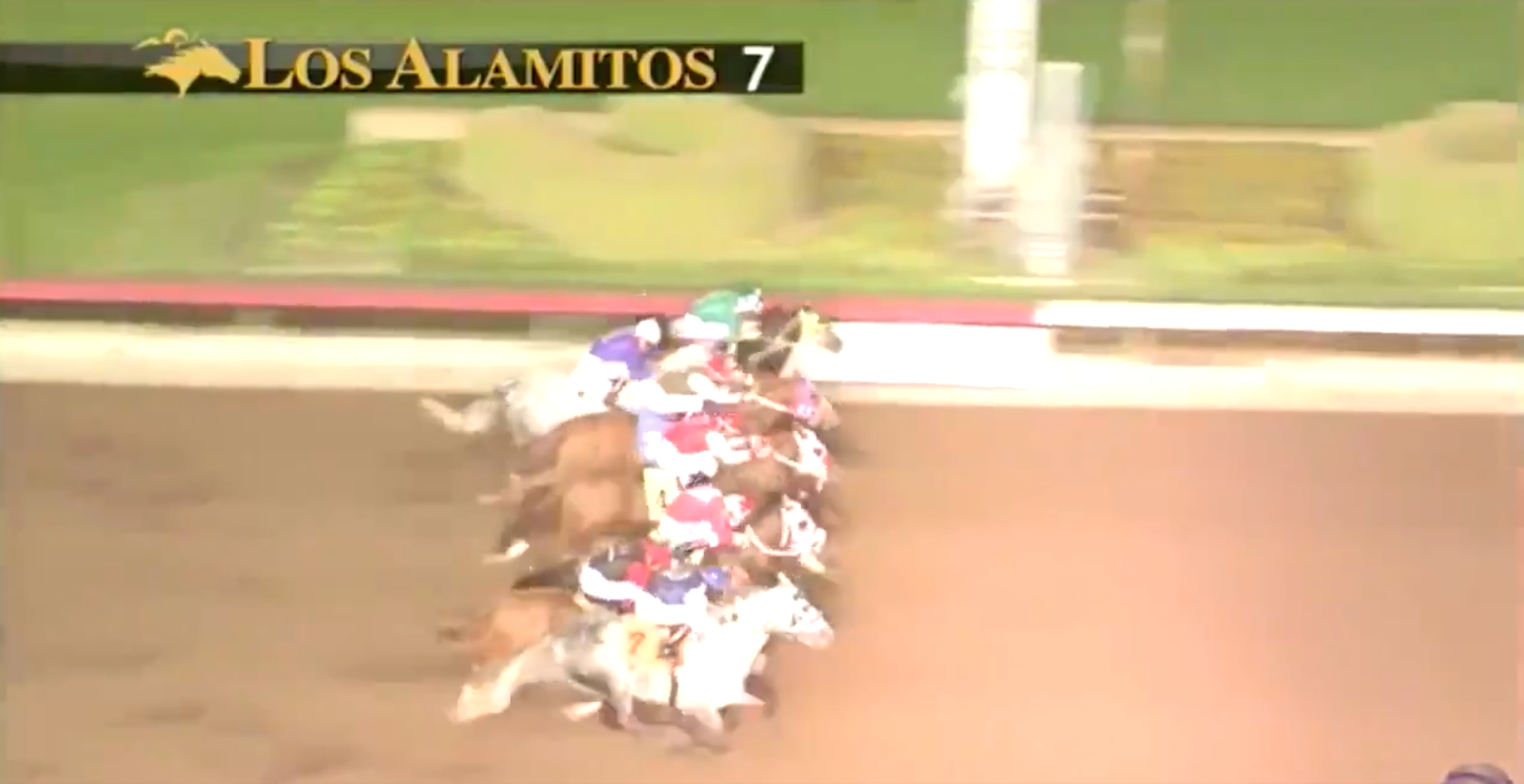 There was nothing in it as the horses approached the post 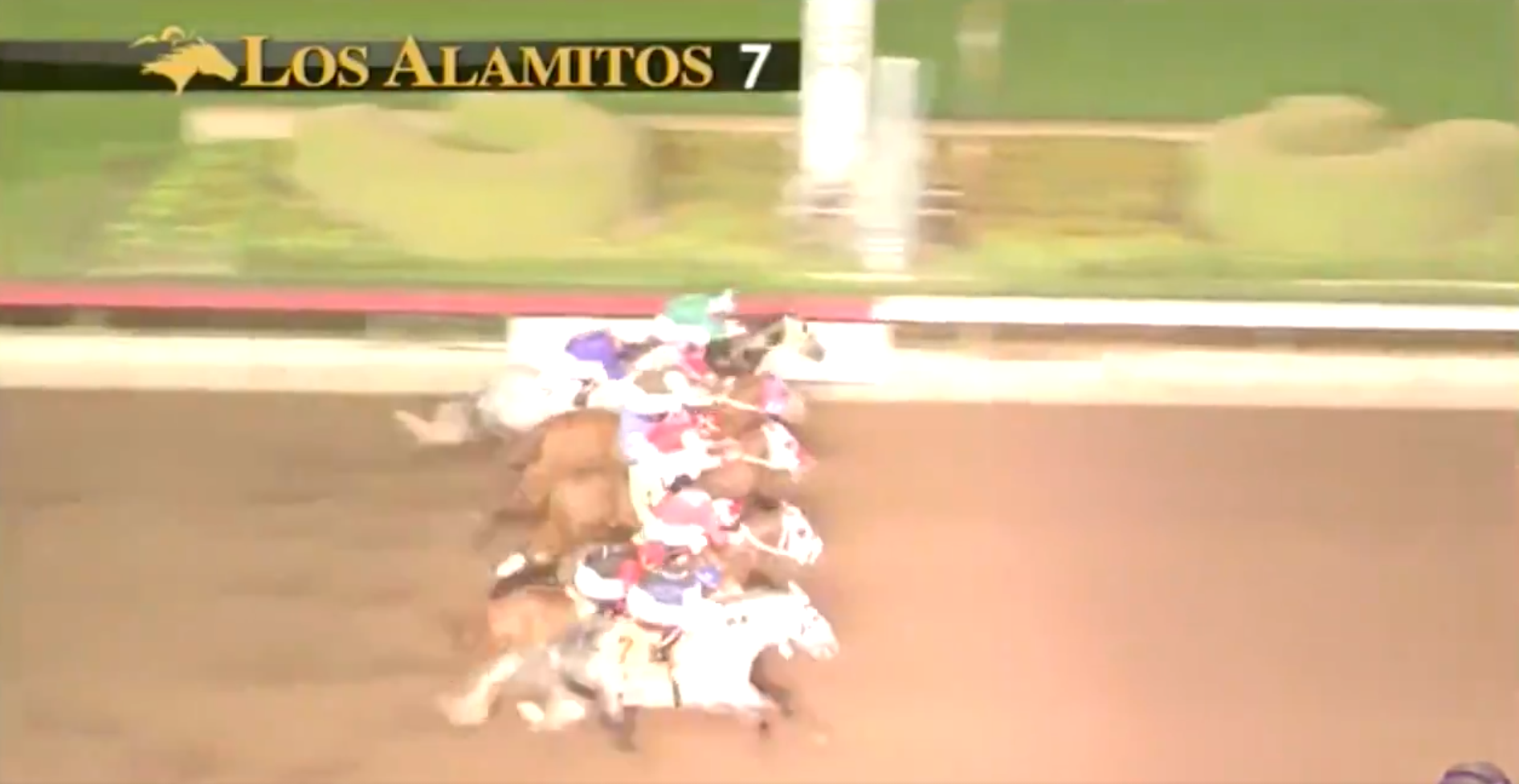 What a race! The first of two Z Wayne Griffin Directors Trial goes to the gray stallion #7 Corona Jumpim Mrl. He wins the 400 yards in :19.934. The horses with the two fastest times in the trials earn berths to the Champion of Champions. pic.twitter.com/oiiMJ2Vlz2

The jaw-dropping finish came at Los Alamitos racecourse in California, US.

T&Cs: New customers only. Place your FIRST bet on any sportsbook market and if it loses we will refund your stake in CASH. Max refund for this offer is £20. Only deposits made using Cards or Apple Pay will qualify for this promotion. T&Cs apply. Paddy’s Rewards Club: Get a £10 free bet when you place 5x bets of £10+. T&Cs apply. 18+ Begambleaware.org

Short sprint races in UK and Ireland tend to be over a distance of around five furlongs – with 220 yards in a furlong.

But in America, the ultra short races leave little time for jostling during a race.

Bunched finishes are commonplace in these quickfire sprints, but rarely do they produce anything as close as this race.

And rarely do you get a horse trailing in last for much of it come through and pinch the honours at the end.

But that was what happened when Corona Jumpim MRL – the outsider of the field – finished like a train.

Luckily, a snapper was on hand at the finish line to capture the astonishing moment all seven horses finished at what looked to the naked eye like the same moment.

But as the official race photo showed, Corona won by a short head from the runner up. 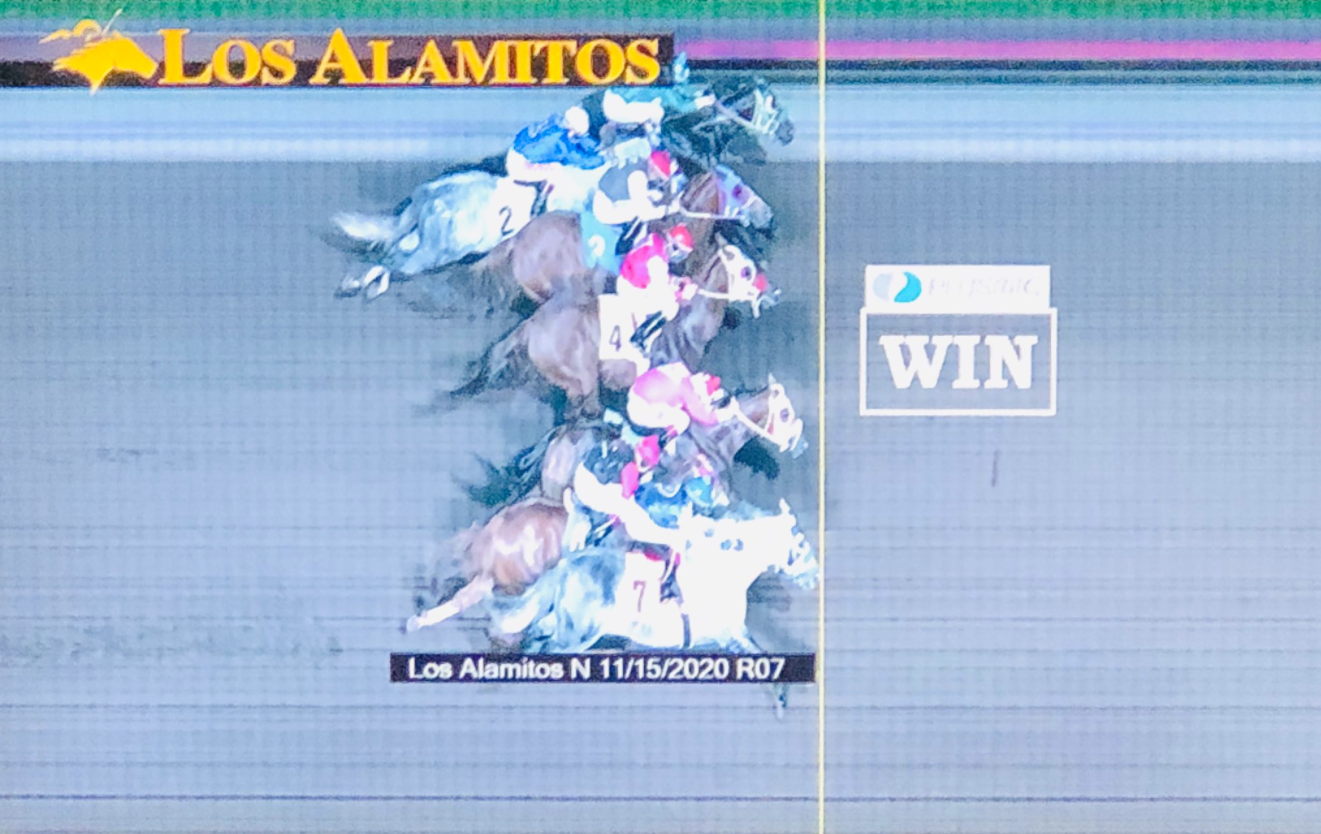 Not that the commentator had any idea who had snatched it when watching in real-time.

Calling the action on the line, he said: “This is a blanket finish on the way. By golly I could use a second pair of eyeballs.”

The dramatic conclusion is similar to the four-horse photo finish that happened at Doncaster in July.

Then, 12-1 shot Notforalongtime was judged the winner in the dash over a mile.

The judge eventually decided he had beaten 16-1 Indie Angel in the red silks by a nose, with two more noses deciding the third and fourth home. 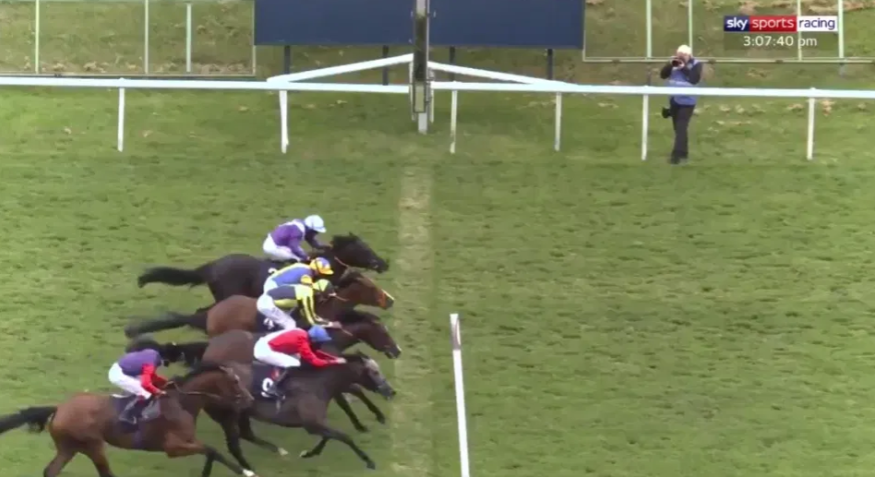