A STATUE in memory of Princess Diana is set to be unveiled in Kensington Gardens on what would have been her 60th birthday.

Prince Harry and Prince William will be reunited for the unveiling as they put aside their differences to attend today’s ceremony.

The statue is being unveiled on Princess Diana’s 60th birthdayCredit: Getty 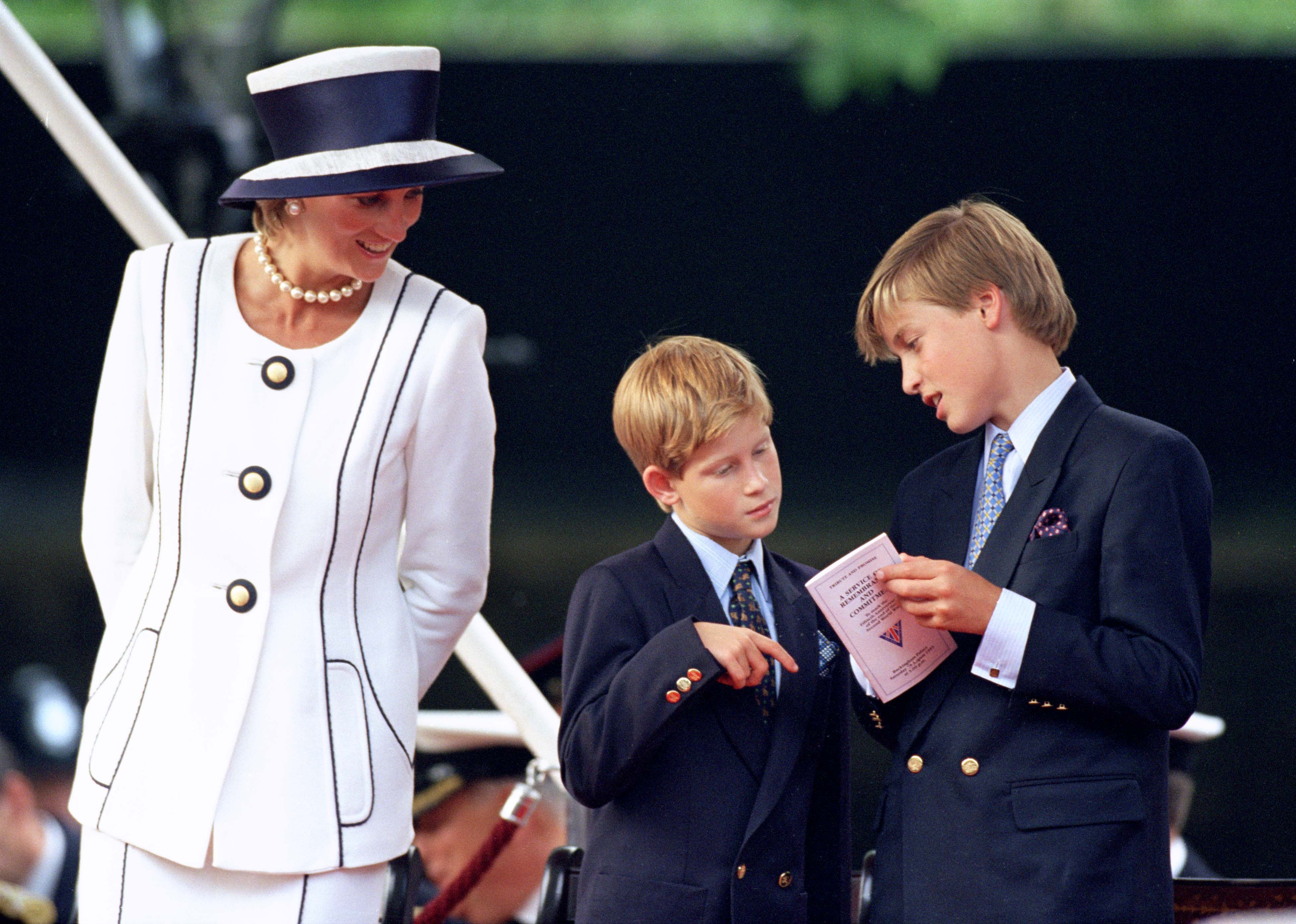 The Princess with William and Harry when they were boysCredit: Getty – Contributor

The statue was commissioned four years ago, with the unveiling on July 1 set to be a private affair for the royal brothers.

So what do we know about the statue?

WHO COMMISSIONED THE STATUE?

Prince William and Harry commissioned the statue in 2017 – when they

At the time, the princes said: “It has been 20 years since our mother’s death and the time is right to recognise her positive impact in the UK and around the world with a permanent statue.”

Diana’s sister, Lady Sarah McCorquodale, was also member of the six-strong committee tasked with commissioning and privately raising funds for the creation of the statue

She worked alongside Julia Samuel, a godparent of Prince George, who was a close friend of the princess

The commission was chaired by Jamie Lowther-Pinkerton, the brothers’ former principal private secretary.

Its members advised on the selection of the sculptor and worked with Historic Royal Palaces on the statue’s installation.

WHY WAS THE STATUE COMMISSIONED?

Plans for the statue were announced in 2017, two decades after the Princess was killed in a car crash in Paris.

In a joint statement, the royal brothers said: “The statue was commissioned to mark the 20th anniversary of her death and recognize her positive impact in the UK and around the world.

“The statue will be installed in the Sunken Garden of Kensington Palace on 1st July 2021, marking the Princess’s 60th birthday.

“The Princes hope that the statue will help all those who visit Kensington Palace to reflect on their mother’s life and her legacy.” 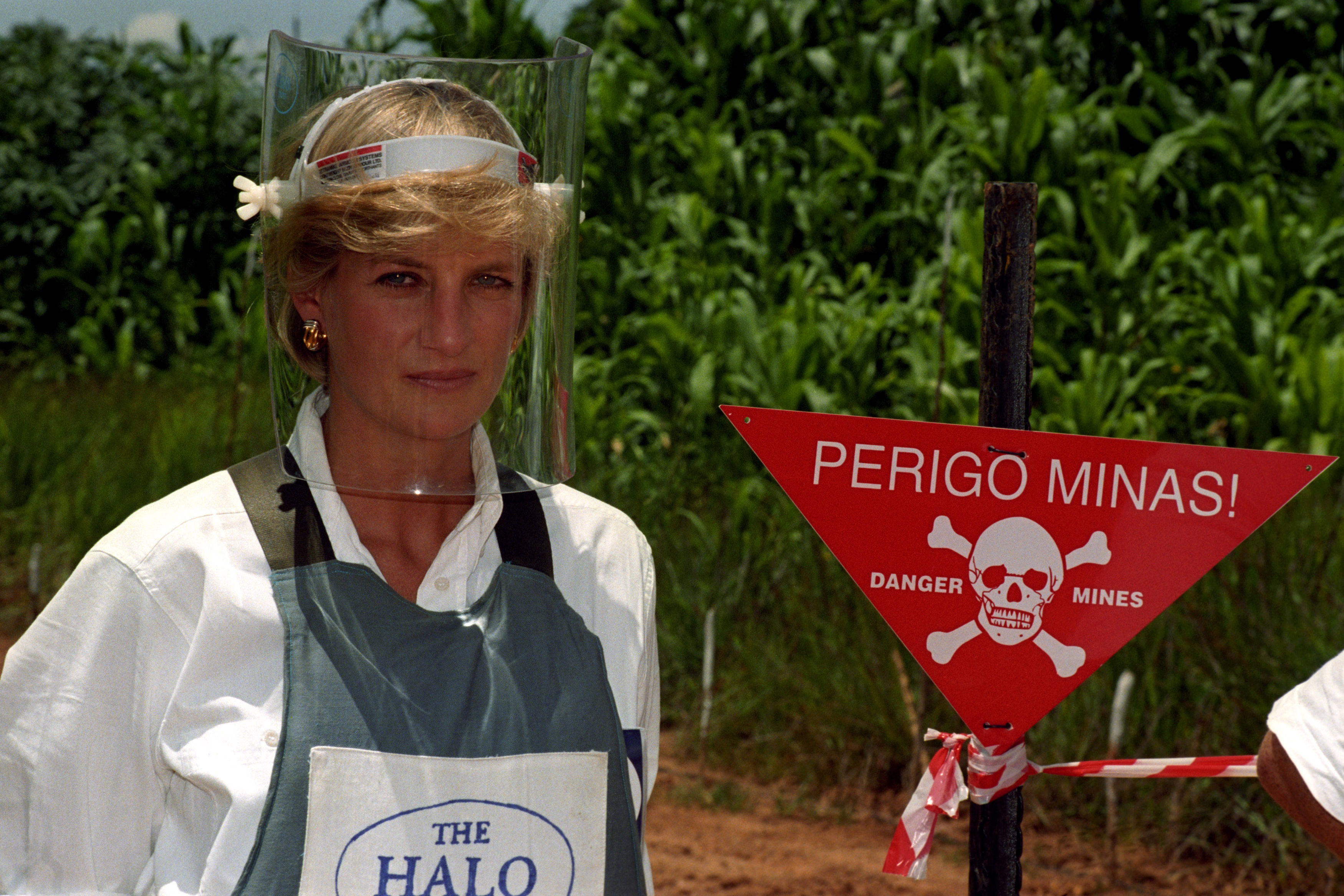 Diana walked through a minefield in Africa to raise awareness about the weaponsCredit: PA:Press Association 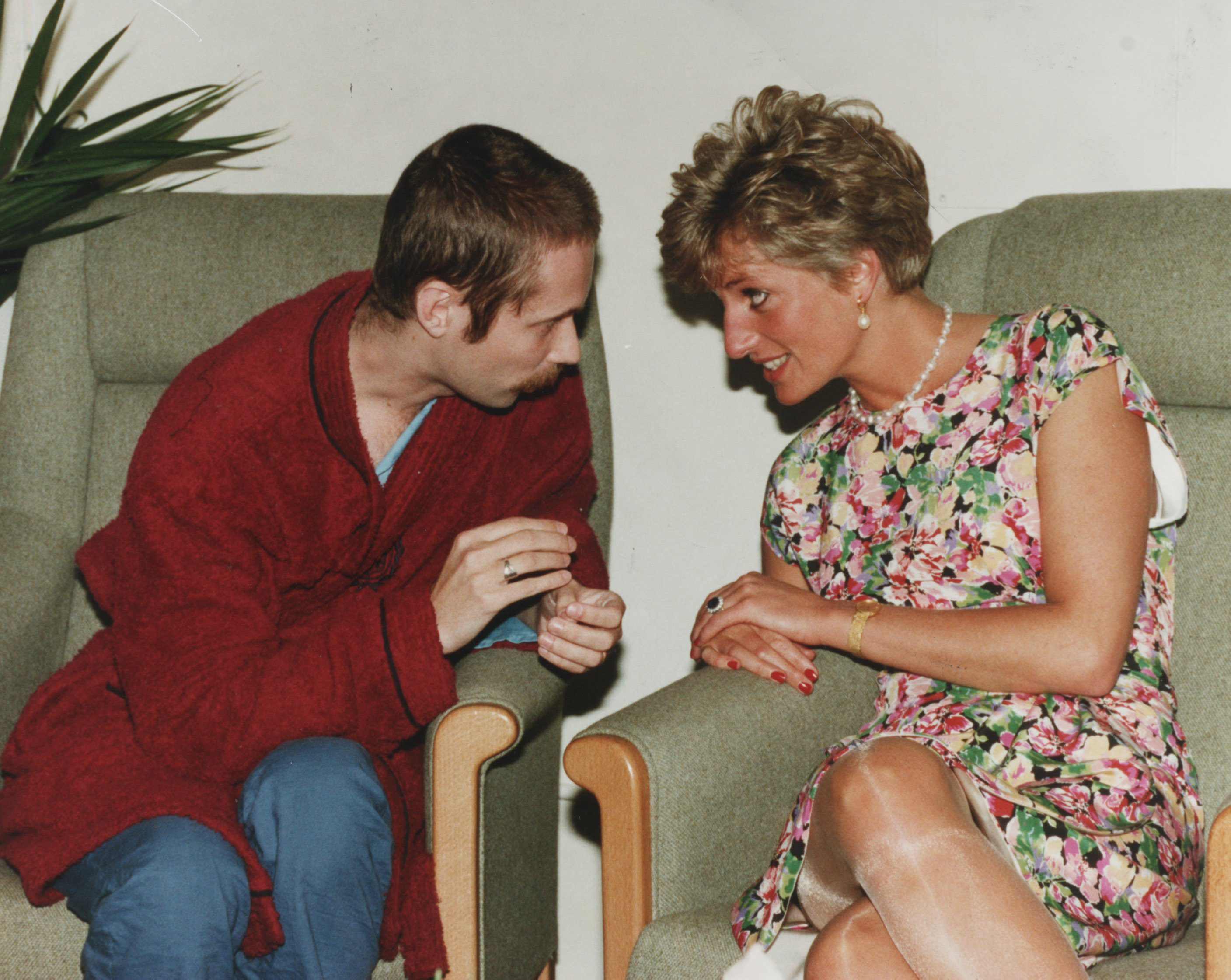 The Princess was the first royal to have contact with an AIDS patientCredit: News Group Newspapers Ltd

The princess was the first member of the royal family to have contact with a person suffering from HIV/Aids.

In the late 1980s, when many still believed the disease could be contracted through casual contact, she sat by the sickbed of a man with Aids and held his hand.

Just months before she died in a car crash in 1997, Diana, wearing a protective visor and vest, walked through an Angolan mine field being cleared by the Halo Trust 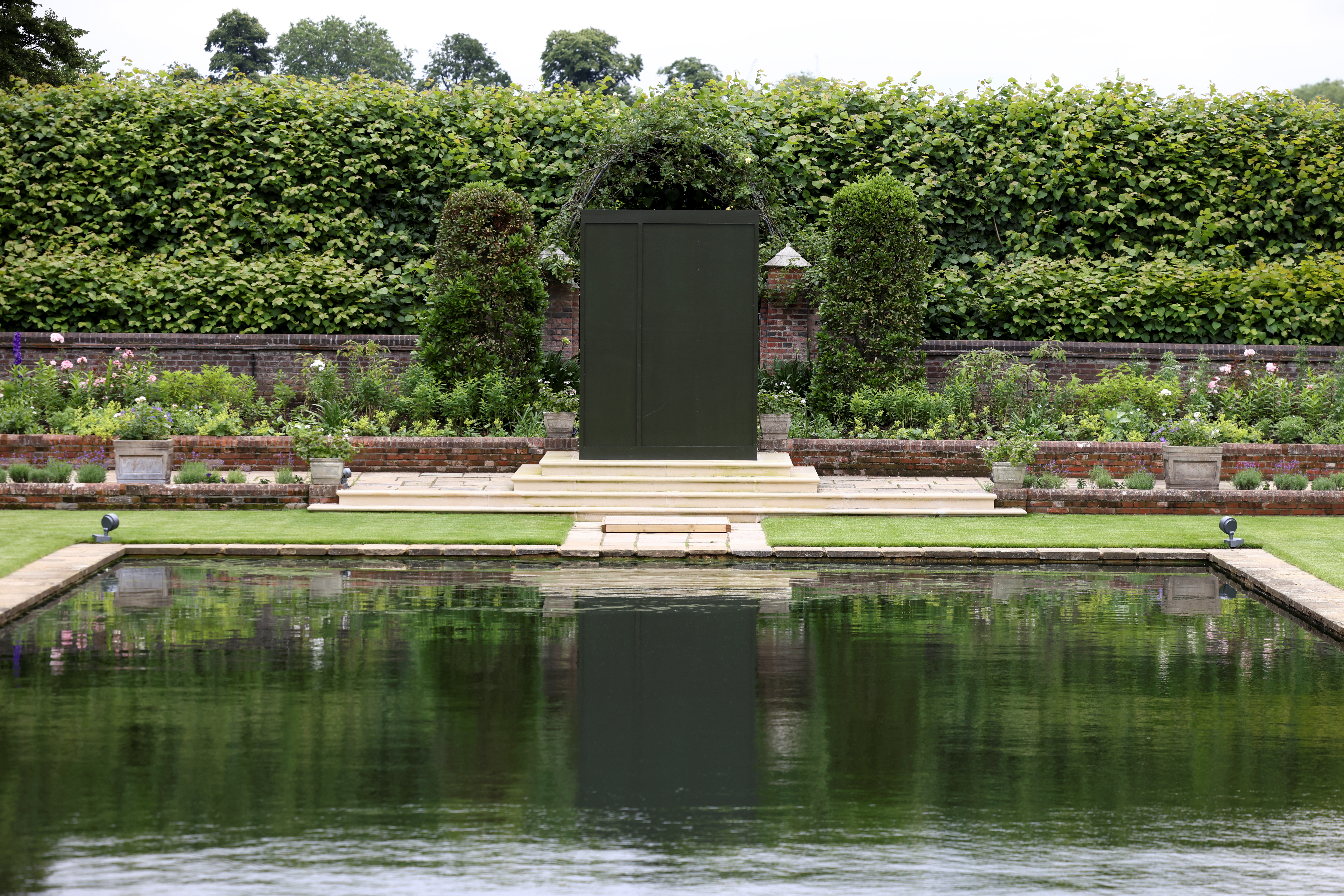 The statues is in the Sunken Garden of Kensington PalaceCredit: Reuters

WHO DESIGNED THE STATUE?

The statue is the work of Ian Rank-Broadley, an acclaimed artist who has a long track record of creating images of the royal family.

In 1997, he won a Royal Mint competition and his effigy of The Queen appeared on both British and Commonwealth coins.

He designed the joint portrait of The Queen and Prince Philip for the crown coin celebrating their sixtieth wedding anniversary in 2007.

He was also commissioned to design a coin for The Queen’s Diamond Jubilee in 2012.

His sculptures can be seen in prominent museums across the world, including the British Museum, the Ashmolean Museum, and the Rijksmuseum.

A palace insider confirmed that William and Harry had been involved in the statue’s design – including advising the sculptor even on how her nose should look. 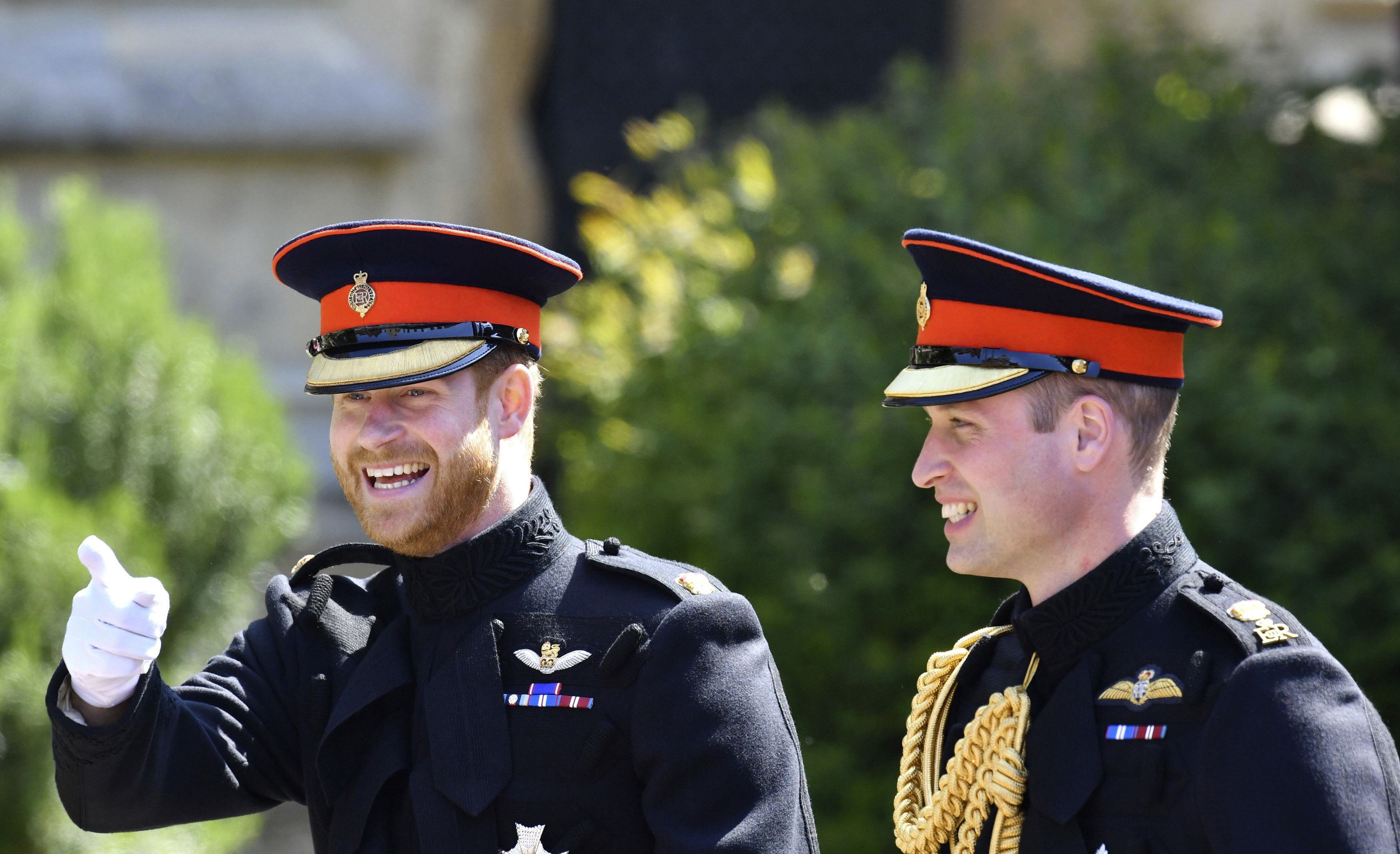 Harry and William will both be at the unveilingCredit: AP

WILL HARRY AND WILLIAM BE AT THE EVENT TOGETHER?

William and Harry are said to have called a truce for the unveiling of the statue as they will both be present.

The feuding brothers are communicating by “minimal” texts amid their bitter fallout.

But they are determined to show the utmost respect by pledging a truce on what would have been the late Princess’s 60th birthday.

The Princes will leave Kensington Palace together, walk to the statue then deliver their own speeches.

Meghan Markle won’t be at the event however, as she remains in the US with newborn daughter Lilibet and the couple’s son Archie.

WHO ELSE WILL BE AT THE OPENING?

Due to Covid restrictions, only there will only be a relatively small number of people attending.

William and Harry will be along with members of Diana’s family the Spencers as well as the sculptor.

Dozens of Diana’s pals, ex-staff and supporters are also to gather at Kensington Palace.

But it has been reported that Kate Middleton will not be on the slimmed down guest list.

WILL THE PRESS BE THERE?

Plans by Kensington Palace to invite a range of UK media organisations were reportedly scuppered by Harry.

The Duke’s team allegedly “kicked off” – and a source says he insisted he’d only take part if there was just one agency reporter, one photographer and one cameraman present.

This has reportedly been agreed to by the Palace.