DID you know Ricky Gervais was 40 when he made The Office?

Before that no one had ever heard of him. Now he’s one of the richest entertainers on the planet.

Toyota is finally giving us its first electric car – the bZ4X

The guy who invented the thesaurus did it when he was 73 years old.

The chairman of Sony came up with the Walkman only a few years away from official retirement age . . . and I was in my thirties when I tried Marmite for the first time.

All great achievements, and all proof that it’s never too late to try something – a notion Toyota agrees with.

Because more than a decade after cars like the Nissan Leaf and Tesla Model S were launched, Toyota is finally giving us its first electric car.

But this isn’t a case of being fashionably late to the party.

The reason Toyota hasn’t had to jump on the EV bandwagon as early as most is because it’s been making hybrid cars for donkeys.

With far lower average CO2 emissions from its fleet than most rivals, there’s been no pressure to go all-in on electric.

That’s the market that sells.

More confusing is the name – bZ4X.

While it sounds like a parts number for a Zanussi washing machine, bZ is the name of Toyota’s new electric range. It stands for beyond Zero.

It’s like a Toyota, only it doesn’t make a noise.

I say that in praise because Toyota excels at making solid, reliable, practical and easy to drive cars.

Toyota was keen to point out the bZ4X’s off-roading capabilities on the launch and, while it can handle some rough stuff, I struggle to see who will care.

It’s like making a tin opener that can also play God Save the Queen.

Perhaps I’m being harsh, because the all-wheel-drive bZ4X will offer customers living in the Yorkshire Dales peace of mind thanks to things like snow and mud driving modes.

But EVs are still best suited to urban or semi-urban owners, most of whom will probably prefer to save two or three grand by buying the front-wheel-drive version.

The numbers that matter: More than 280 miles of range in the FWD version, around 255 miles for AWD, 80 per cent top-up in half an hour on a 150kW charger.

The interior feels solid and there’s a 12in infotainment screen taking centre stage.

It’s not the sharpest or quickest compared to something from Volvo or BMW, but it’s more than up to the job.

There’s plenty of room for a family of four inside.

In fact, rear leg-room is at the top of the class, and the 425-litre boot is bigger than a Ford Mustang Mach-E’s.

My only real gripe with the cabin is the fact there’s no glovebox. In a family SUV. Made by Toyota. Really?

To make its customers’ switch to electric driving as easy as possible, Toyota is offering three years of free servicing, an installed wallbox charger from British Gas and six months free access to the Toyota Public Charging Network, all for £611 a month.

About what Ricky Gervais earns per hour these days. 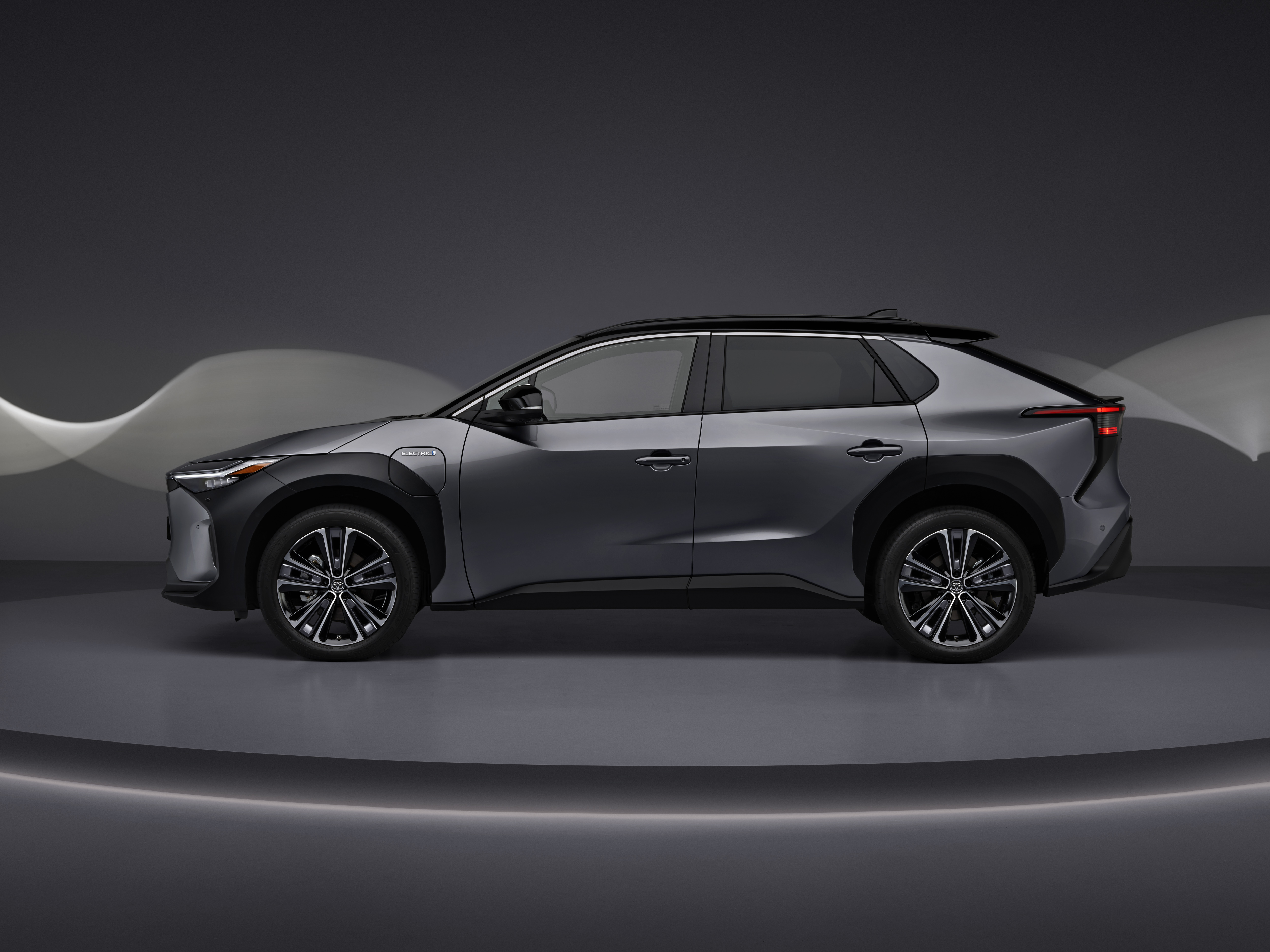 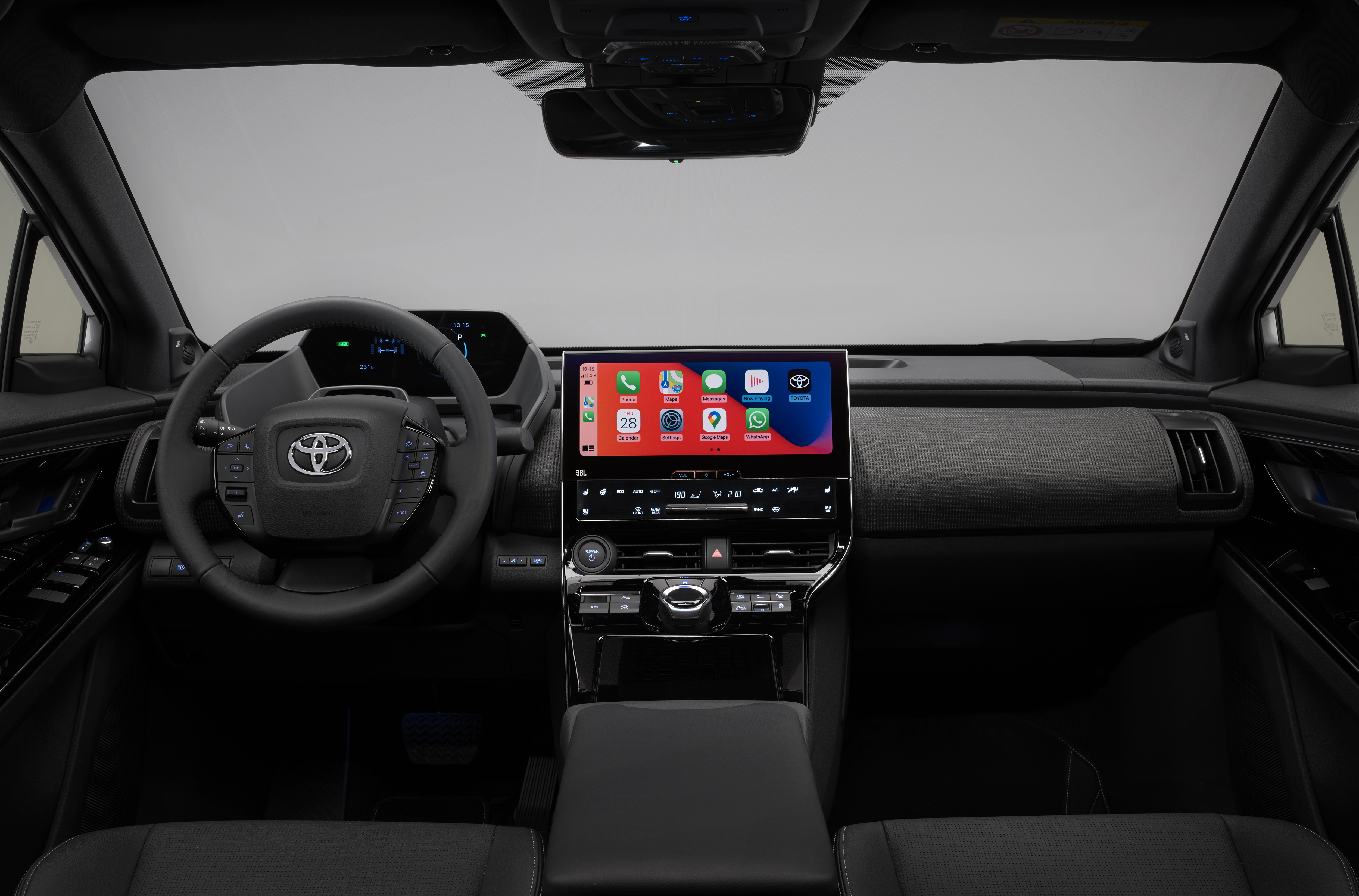 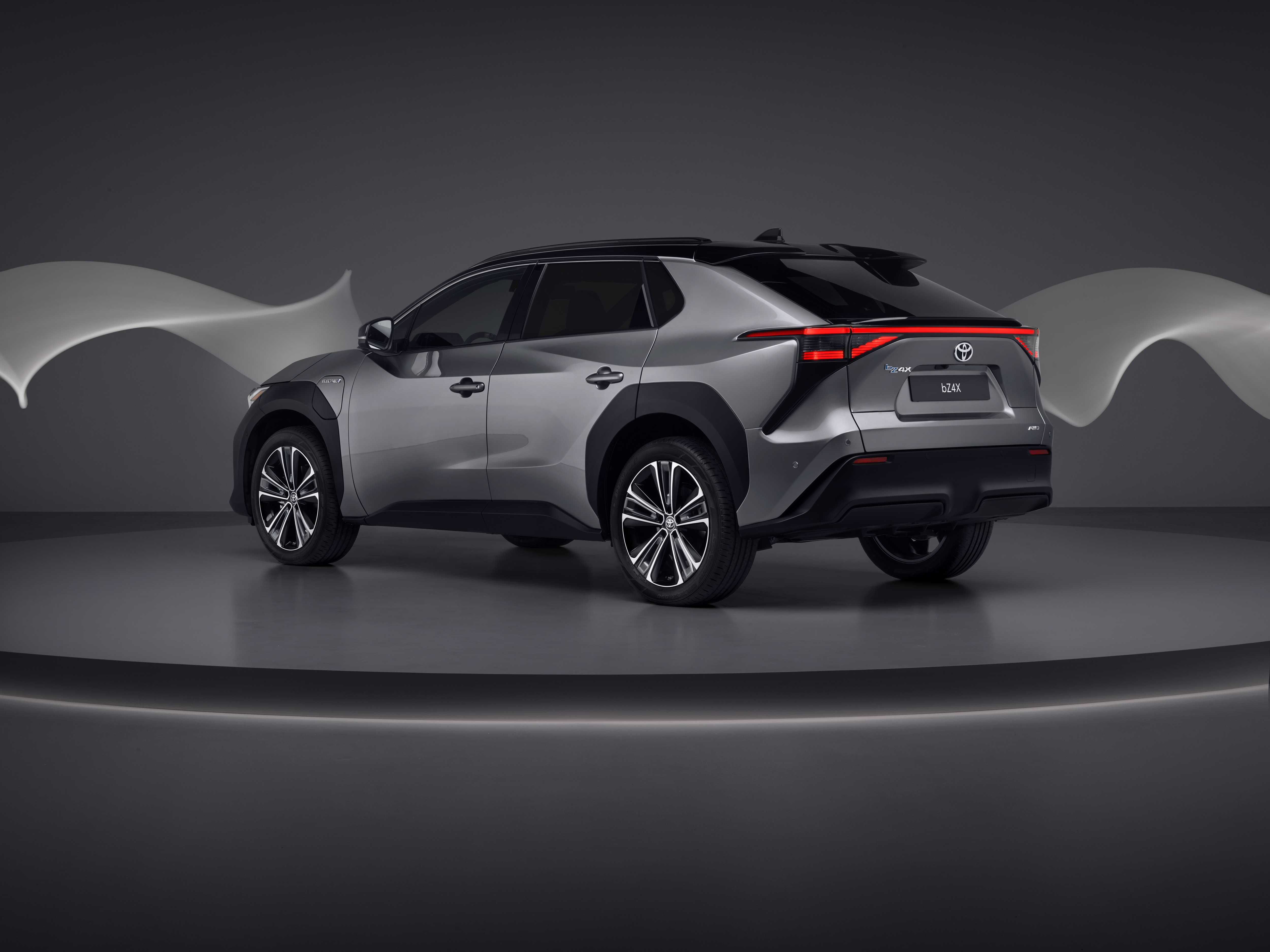