SEX, name, weight… it’s hard to think of another time you’d introduce someone like this (a Weight Watchers meeting? A body-fascist Tinder profile?), yet these remain the coordinates we use to announce a new baby to the world.

As I composed my own text messages to friends and family (a girl named Blake, 8lb 14oz, FYI), I thought of the numbers around birth we don’t tend to mention. 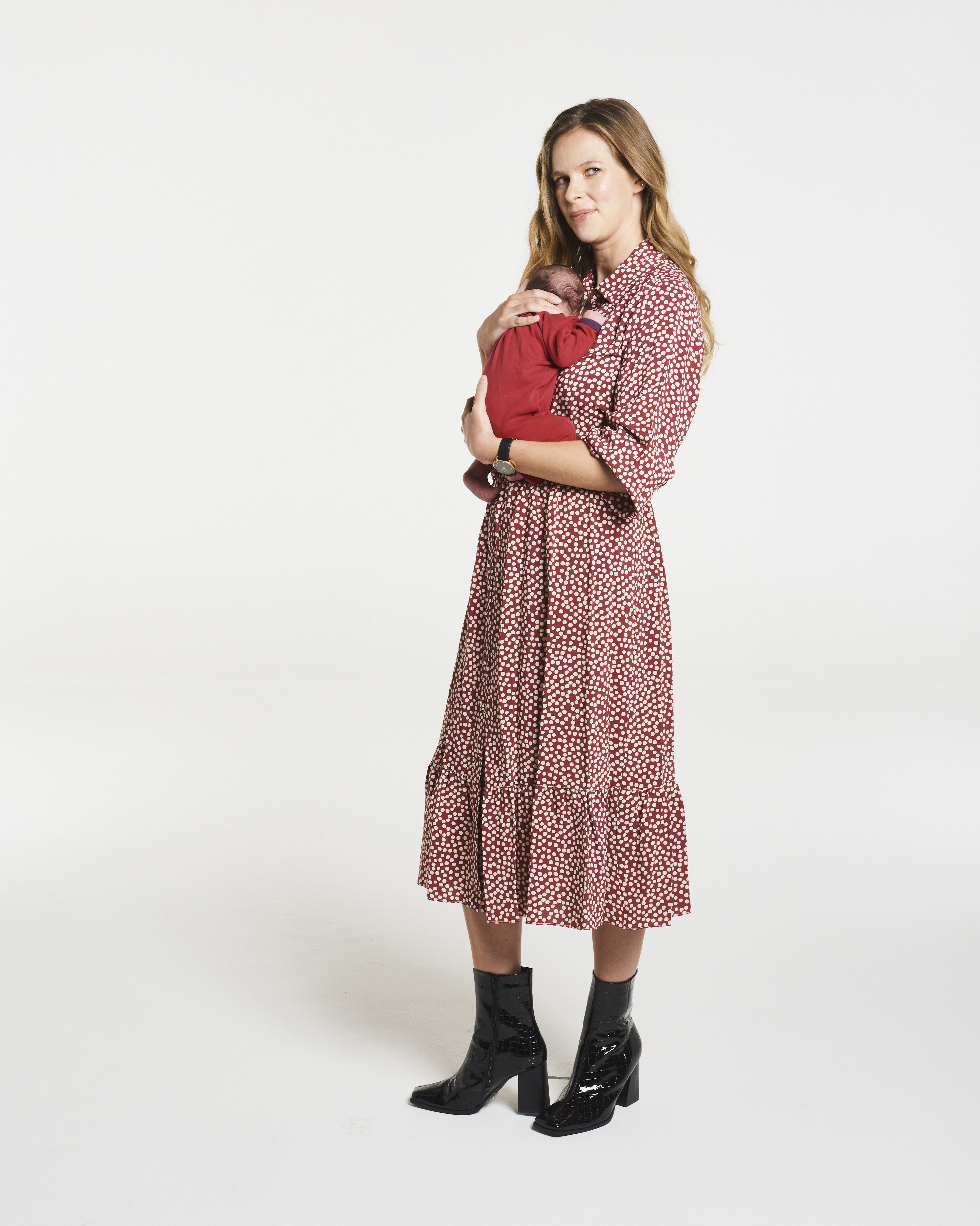 The number of bottles of Lucozade drunk during labour and then promptly thrown up (two). The number of stitches required (multiple). The amount of time I spent in helpless raw panic when the doctors in masks wouldn’t let me hold her, because they rushed her away to give her oxygen (an eternity).

Thankfully, she was fine and eventually my baby was placed in my arms. I had often wondered about this moment and whether I would feel that overwhelming rush of love and recognition everyone talks about? She did seem familiar, but maybe from a sci-fi movie. She looked like an alien, a creature with wide, far-apart eyes, still a little slick with gunk.

But when I felt her hot breath on my chest and her dark, penetrating eyes looked up at me, it was like every emotion I’d ever had, whipped up in a blender and gulped down in three seconds. Cue uncontrollable crying – and only some of that was about the stitches they were giving me (have I mentioned all the stitches?).

That first night in hospital alone (my partner Guy had to leave because of Covid restrictions), I could barely piece together what had just gone down or what was meant to happen next.

I remember staring down at a tiny babygro, a dirty nappy and this helpless mini human making a noise like a car alarm, and feeling like I was doing a particularly difficult challenge on The Crystal Maze.

If this were any other time in my life, I’d have been booking myself a two-week luxury spa holiday to recover from the ordeal that was labour. Instead, I had to embark on one of the most physically and emotionally demanding things I’ve ever done. Which seemed a bit harsh.

As it dawned on me that this baby’s survival was now down to me, I was too buzzing with adrenalin to sleep, so spent the whole night either staring at her, staring at pictures I’d taken of her on my phone, or checking that she was still breathing.

I had no clue how to pick her up, no idea how to change a nappy, and how was I supposed to fit my nipple in her mouth when my breast was bigger than her head? When were the real adults getting here to look after her?

These self-heating, jasmine-scented eye masks, £15 for five, are the next best thing to actual sleep.

Listening to… Who Am I This Time?

Praise be to the period pants brand, which has launched a stylish post-partum set.

We finally got Blake home the following evening, and I took one of my top five showers of all time. It was a transcendental shower, like the ones you have after a long-haul flight, except this time I felt like I’d been in a plane crash.

As I gingerly stepped out of the bathroom, my crotch stinging like I’d done 15 days straight of spinning classes, I felt flooded with relief to be home at last. Then I heard a weird strangled cry.

For a second I wondered if it was the foxes who play outside our window at night. And then, still dripping wet in my towel, I saw her. My baby. I’ve had A BABY. Um… Now what?