ADDISON Rae left fans worried for her well-being after she shared a photo of herself with a huge black eye and a bloody nose after her UFC gig.

The 20-year-old TikTok star was recently slammed for getting the reporter job over “qualified journalists” when she joked she went to school for journalism for “3 whole months.”

Addison Rae worried her fans with a new post of herself with a black eye and bloody noseCredit: Instagram/Addison Rae

Though many blasted Addison for her landing a hosting and commentating gig at the UFC 264 event over the weekend just because she’s “famous,” that didn’t stop fans from getting concerned when she posted bloodied-up photos.

The He’s All That actress shared a short video of herself in a pink patterned, low-cut dress, but her major cleavage on display wasn’t the focal point of the footage – her bruised face was.

She appeared to have one black eye, the other slightly bruised, and blood gushing down frm her nose and onto her lip.

Despite the apparent injuries, Addison’s blonde hair blew in the window, her outfit was perfectly in place, and she gave a sexy pout for the camera.

In the caption, the social media star wrote: “Vegas- 1 Addison- 0” 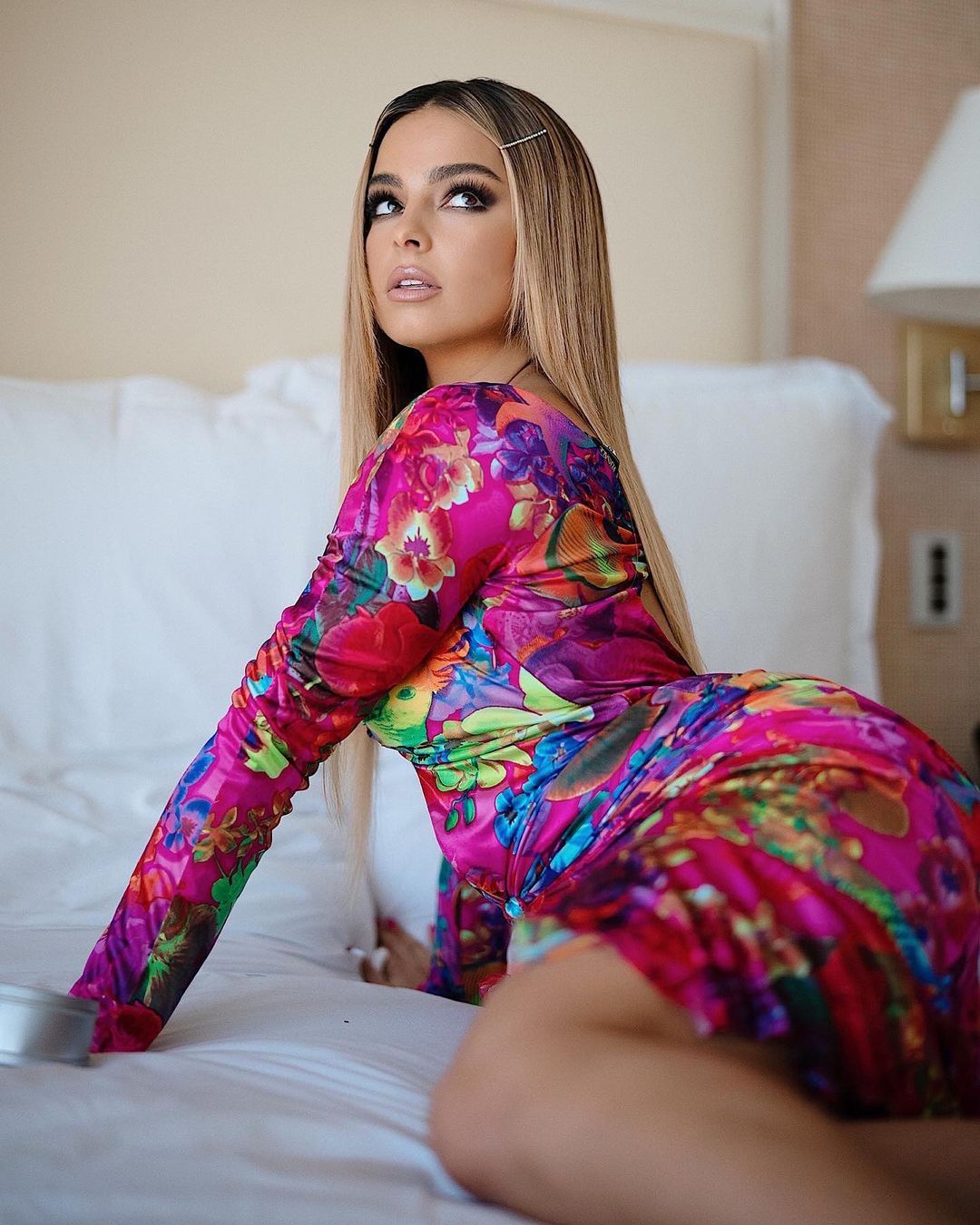 Fans asked if she was ‘OK,’ but others realized it was a filterCredit: Instagram/Addison Rae 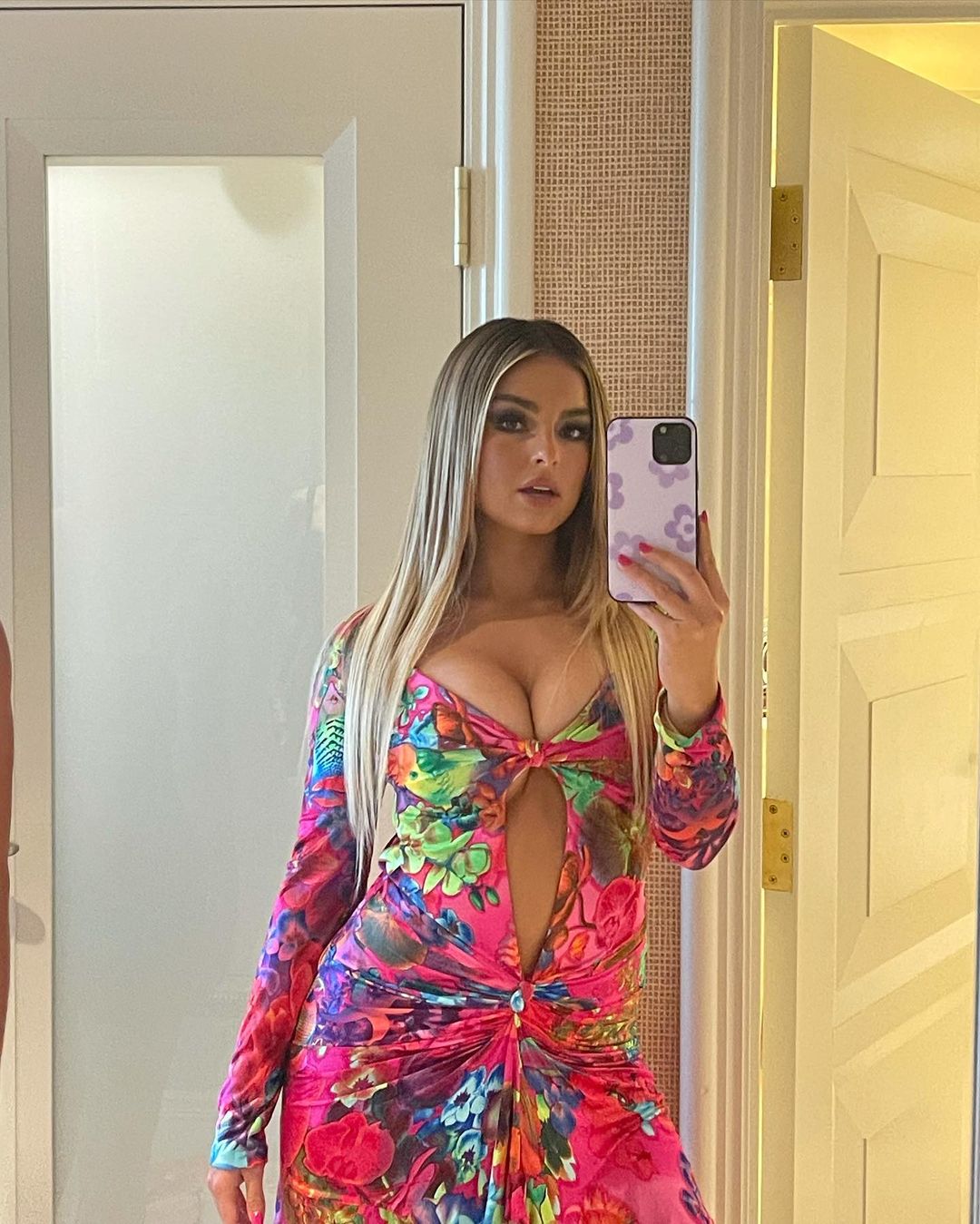 Fans immediately hopped into the comments to ask if she’s “OK” and to ask: “Broooo what happened?”

Others gave her “prayers” and wishes that she would “GET WELL SOON ??”

Some just told her that “nose bleeds are hot” 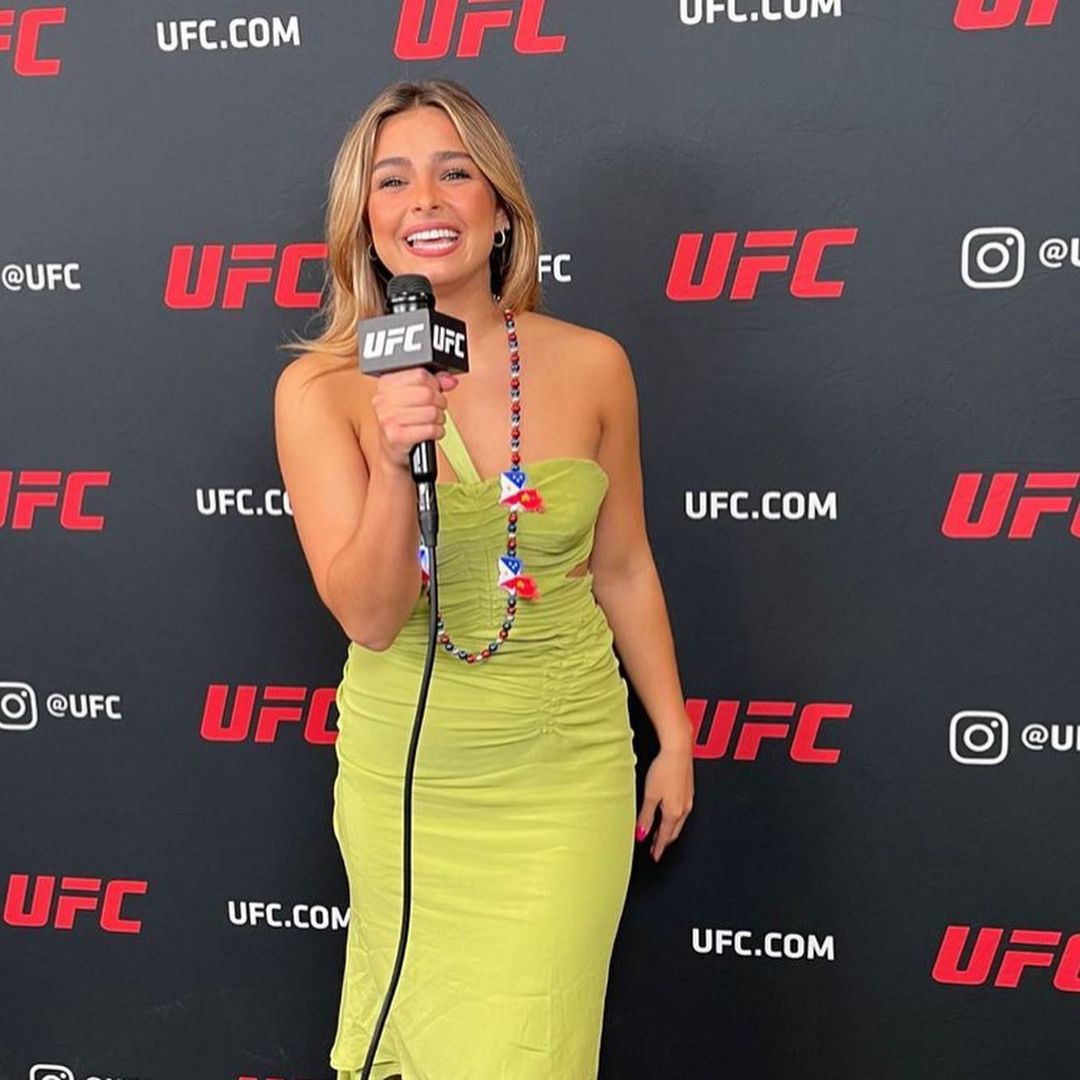 Addison was in Las Vegas for a UFC event, where she was both a spectator and did some reporter workCredit: Addison Rae/Instagram

After seeing so many fans thinking it was all real, others came in to let them knoow they could stop worrying because it was all just a joke and she was using an Instagram filter to make it look like she lost in a fight to Las Vegas.

In other photos shared in the post, Addison appeared without the filter, instead looking completely dolled up in glamorous make-up to go with her cleavage-baring, ruched dress, which had a cut-out in the middle.

On Friday the TikTok star posted a picture to Instagram showing her wearing some UFC workout gear. 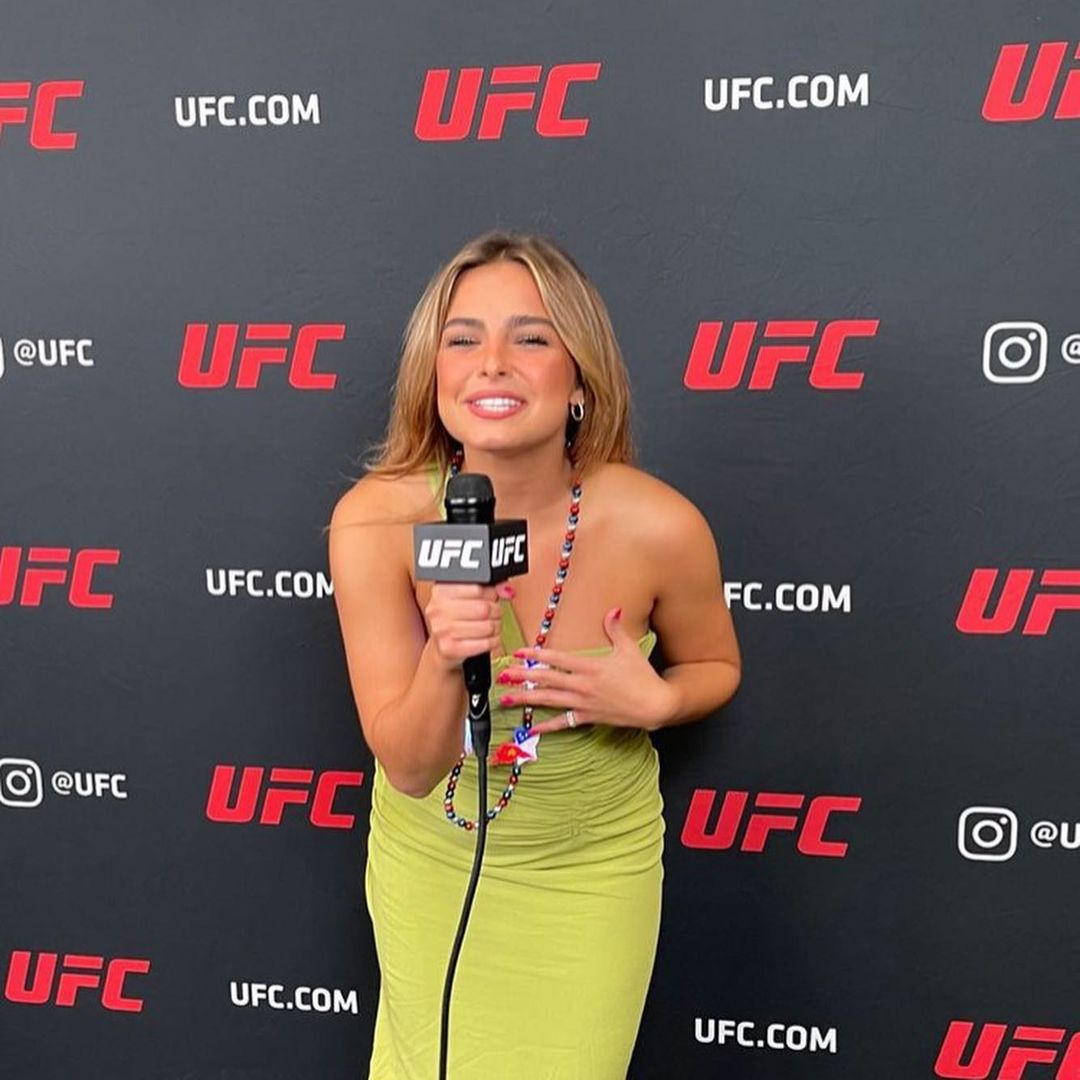 Not long after, she posted several images to Twitter, appearing to show her working as a reporter for the UFC.

“I studied broadcast journalism in college for 3 whole months to prepare for this moment,” she joked.

According to reports from Dexerto, Addison attended Louisiana State University for a brief period where she studied sports broadcasting.

The tweet did not sit well with some of Addison’s followers, who took issue with the fact Addison appeared to have been handed the role without the relevant qualifications.

The singer tweeted out another joke in response to all of the backlash, quote-tweeting her original post and saying: “Nvm y’all got me fired.”

A representative for ESPN told Insider in a statement: “Addison did some interviews with us for UFC 264. However, she is not a full-time employee with UFC.” 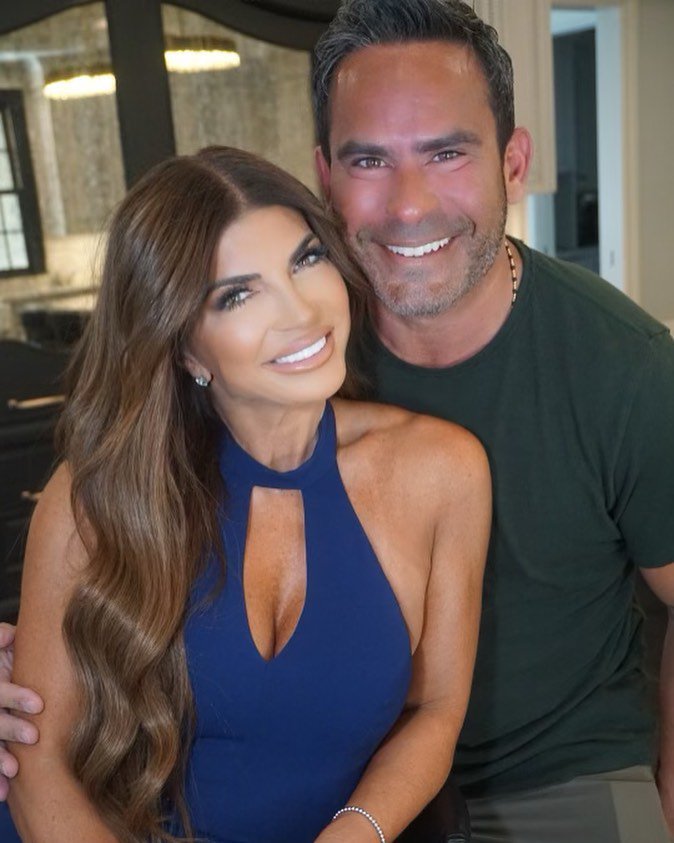 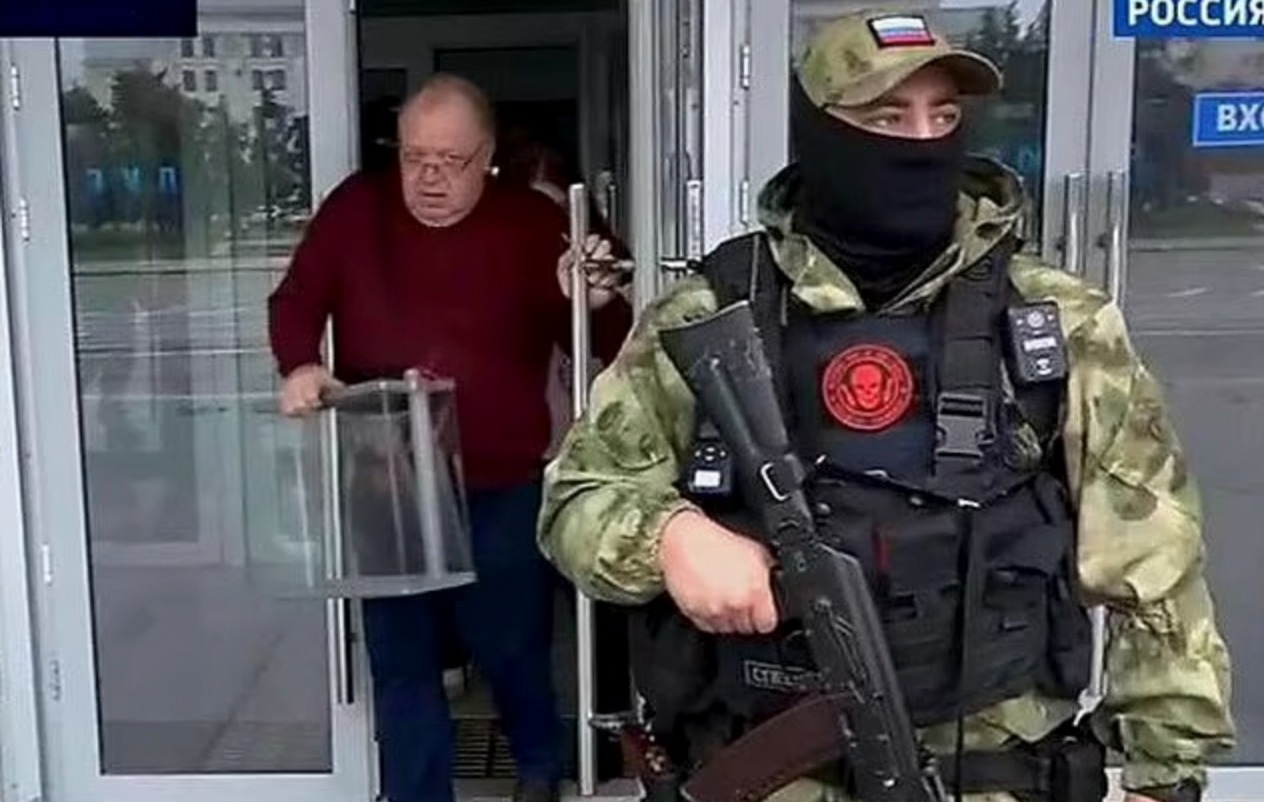