Tokyo is hosting the postponed 2020 Olympics this year.

Less than two weeks until the games’ opening ceremony, Tokyo is dealing with its fourth state of emergency amid rising COVID-19 cases in the city.

This year’s events will officially be spectator-free, and the state of emergency is set to last until after the Olympics end.

The city has seen a mix of anti-Olympics protests, changing COVID-19 restrictions, and plenty of advertisements for the event.

With that in mind, I ventured onto the streets of Tokyo to see how these preparations were coming along.

Despite the state of emergency, there were plenty of crowds out and about.

Crowds at the famous Shibuya Crossing outside the train station.


I started my wanderings in Shibuya, one of Tokyo’s retail, business, and entertainment hubs.

The Japanese government is advising against nonessential outings, though crowds were flooding through the station and main streets as usual. The people I passed were wearing the recommended face coverings, though.

Shibuya is home to Yoyogi National Stadium, which held events in 1964, the most recent time when Tokyo hosted the Olympics.


The venue, originally known as the Yoyogi National Gymnasium, was built to house swimming and diving events for the 1964 Olympics.

The structure has a famous sloping suspension roof resembling that of a Shinto shrine.

This summer, the venue is set to host handball, badminton, and wheelchair rugby. It has a capacity for more than 13,000 people but will most likely be pretty empty this year sans spectators.

Next I went to Yoyogi Park, which was originally meant to host a public-viewing event during the games.


Perhaps 100 feet from the handball venue is Yoyogi Park, which the Tokyo Metropolitan Government originally designated as a public-viewing area for the Olympics.

Amid the coronavirus pandemic and criticism, the venue instead became a mass-vaccination site. After that, it will be “a depot for vehicles associated with the Summer Games,” according to The Asahi Shimbun.

Parks like Inokashira Park, Aquamarine Park, and Kotodai Park were also designated as live-viewing sites before TMG canceled the gatherings.

A huge section of the usually bustling parkland has been sectioned off for vaccinations.


Japan’s somewhat slow vaccine rollout has been one of the major reasons some oppose having Japan host the games this summer.

As of May, only 2% of the Japanese public had been vaccinated. But as the Olympics got closer, Japan’s efforts seemed to have gotten a bit stronger. As of June 22, the Associated Press reported, about 8.2% of the country was fully vaccinated.

This is still lower than the global average of 10%, according to Our World in Data. For reference, as of July 12, the US had almost 50% of its population fully vaccinated, per the Centers for Disease Control and Prevention.

Yoyogi Park has plenty of signs reminding people to wear a mask and keep their distance from others.


The Tokyo Games were meant to showcase Japan as the “world’s greatest postindustrial superpower with the highest standard of living,” as one economist phrased it to me.

It was meant to be an event of carefree abandon and prosperity — a celebration of fun Japan.

But amid the pandemic, it is shaping up to be an Olympics of rules and prohibitions.

I also headed to the Nippon Budokan venue, which had a giant list of rules and guidelines out front.

COVID-19 countermeasures and guidelines outside Budokan.


Budokan, also originally built for the 1964 Olympics, is set to host a few karate and judo events this year.

Right outside it has a giant sign listing warnings, countermeasures, and guidelines related to COVID-19.

The arbiter of said rules, Tokyo 2020, is stamped at the bottom of the placard.

Before leaving Shibuya, I headed to Harajuku Station.


Feeding into Yoyogi Park is Harajuku Station, which has become nearly unrecognizable in the past few years.

Originally built in the 1920s, it was one of the few wooden buildings in Tokyo to survive the bombing raids of World War II.

In 2019, it was announced the station would be demolished after the 2020 Olympics, which later got postponed. The historic building was taken down in 2020 and replaced with a more modern station.

The glass-and-concrete structure is a far cry from the original wooden one, and the Tokyo 2020 mantra — “United by emotion” — is printed on one of its columns.

I swung by Takanawa Gateway, a new train station that was going to open for the original Tokyo Olympics date.


Takanawa Gateway is another fairly new construction that was meant to open around the original 2020 Olympics date.

It was billed as a station of the future and was expected to see much action during the long Olympic summer. It’s on the Yamanote Line, which loops around the central city.

It was designed by Kengo Kuma, the architect behind the main Olympics venue, the National Stadium.

The station, designed to look like folded origami paper, was looking rather vacant on this Wednesday afternoon.


True to its high-tech reputation, Takanawa Gateway also has an artificial-intelligence-controlled convenience store, which is cashless and staffless.

Since foreigners aren’t exactly able to travel to Japan right now and spectators are barred, I’m not surprised there aren’t a ton of visitors milling about.

I passed the Olympic countdown clock, which was reset in March 2020 after the games officially got postponed.


I strolled by the countdown clock with exactly 15 days and three hours left before the opening ceremony.

A handful of others stopped by to take photos before venturing back into Tokyo Station.

Anti-Olympics protesters were out and about, too.

People protesting against the Olympics.


The most notable anti-Olympics protest was on June 23, International Olympic Day, one month before the Tokyo Games.

About 100 people took to the streets facing the metropolitan government building.

This may seem small compared with protests elsewhere, but it’s a byproduct of the growing trend of online activism in Japan.

Many residents — both online and in person — oppose holding the Olympics in Tokyo this month because of the pandemic, Tokyo’s state of emergency, and Japan’s low vaccination rates.

Some protest groups have been against the Olympics long before the coronavirus pandemic.

Protests carried out by the activist group Hangorin no Kai.


The protest in these photos, carried out by the activist group Hangorin no Kai on July 9, was the continuation of over seven years of Olympic dismay.

The group has been against holding the games in Tokyo since 2013, when Tokyo won its bid to host the 2020 Games.

Their opposition was initially driven in part by the displacement of people experiencing homelessness to make way for Olympic venues.

Across from the station is Tokyo Metropolitan Gymnasium, another legacy venue from 1964.


This was one of the main arenas in 1964, and it is set to host table tennis this summer at the Olympics and the Paralympics.

As I meddled around outside, I noticed the front section of the 10,000-seat venue was still set up to welcome fans. Seating plans could remain in place for the August-September Paralympics if restrictions are relaxed.

Around the corner is the star of Tokyo 2020: the Japan National Stadium.

The Japan National Stadium, with entry strictly prohibited on all sides.


The Japan National Stadium, home of the Olympic track-and-field events, has a bit of a checkered past.

It was initially contracted to the architect Zaha Hadid (who died in 2016) until prospective costs ran up to $2 billion. About two years and a few contractual issues later, Hadid’s plans were scrapped.

The ever-reliable Kengo Kuma was brought in as her replacement. Kuma’s design, which used wood from almost all 47 of Japan’s prefectures, cost a cool $1.4 billion.

The structure was officially finished in November 2019.

This side of the stadium leads toward what’s known as “Stadium Street.”

As I stood on the partially closed-off road, it felt rather jarring that this heavily guarded complex would be bereft of fans come July 23.

The Budokan, one of the spiritual homes of Japanese martial arts, was also shut to nosy outsiders.


I stopped by at the Nippon Budokan (just Budokan for short), originally built for the 1964 Olympic judo competition.

In 1961, it bore witness to Antoine Geesink’s legendary victory over Akio Kaminaga to claim that year’s gold and end Japan’s long-held dominance of the sport.

A guard shuffled me away from the Budokan’s entrance, but I got some good views from a few hundred feet away.


It’s certainly one of the more arresting settings for an Olympic stadium.

The octagonal building, styled after the Hall of Dreams at Horyuji Temple in Nara, sits upon a hill protected by the cyclopean foundations of a former castle.

It’s surrounded by a moat, which was rampant with lotus flowers on this summer afternoon.

Empty streets at the Olympic Village.


A huge section of Tokyo Bay has been closed off for the Olympic Village, the massive accommodation center where competing athletes reside.

It has about 3,800 units, a dining hall, a gym, and more, according to Nikkei Asia. A lot of police officers were patrolling the area.

My final destination was the Odaiba Marine Park, the host of the triathlon and marathon swimming events.

A walking path underneath the Rainbow Bridge.


The venue in Odaiba was also closed off to the public.

I spotted a path in the distance looking as if it led to a viewpoint and ended up walking on the underside of Tokyo Bay’s most iconic structure, the Rainbow Bridge. 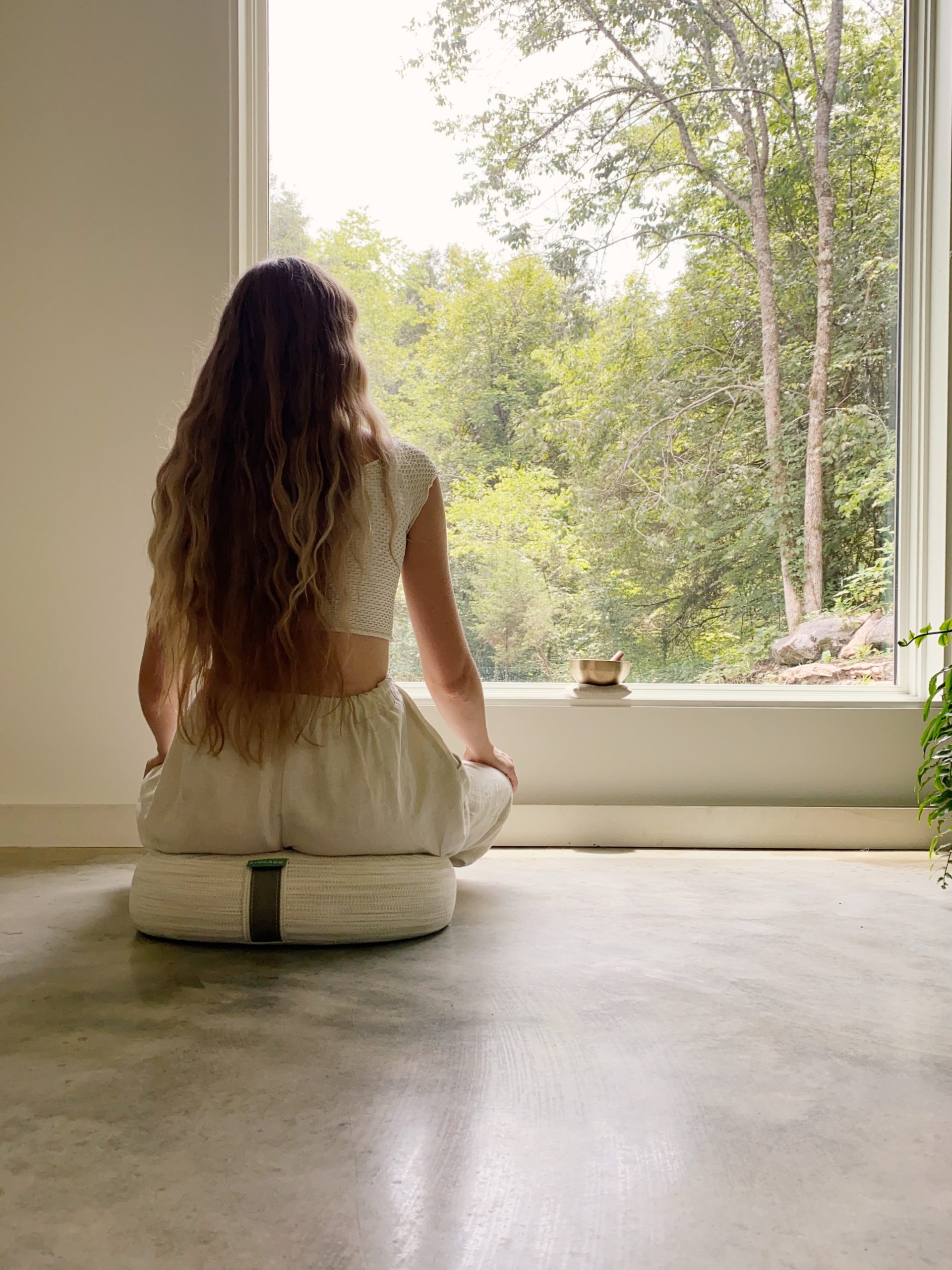 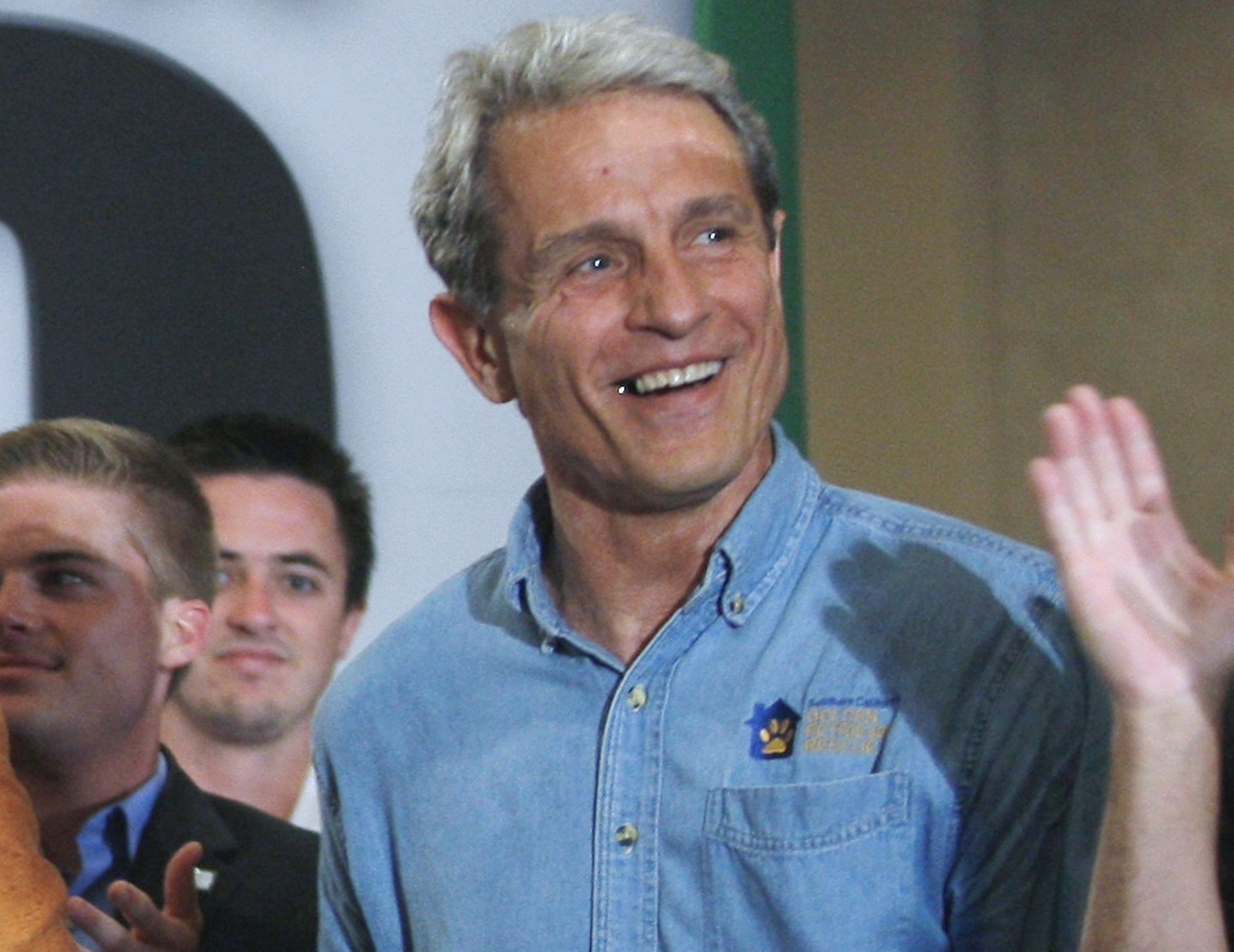 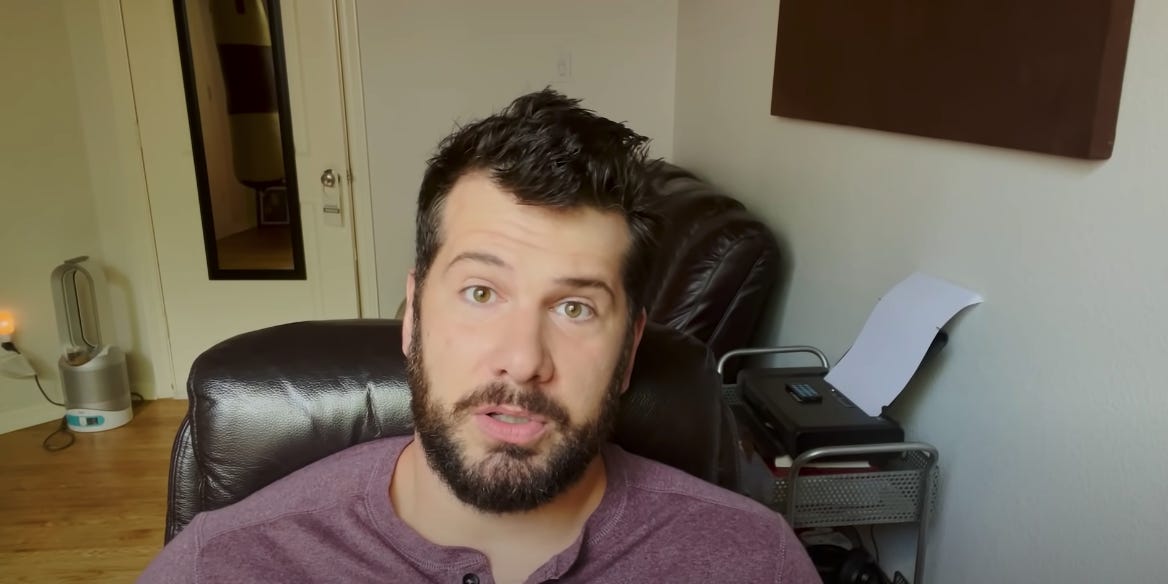