The series finale of the Channel 4 show was incredibly difficult to watch, with Paul rushed to intensive care after an attack at his and Sherry’s Bedfordshire home. 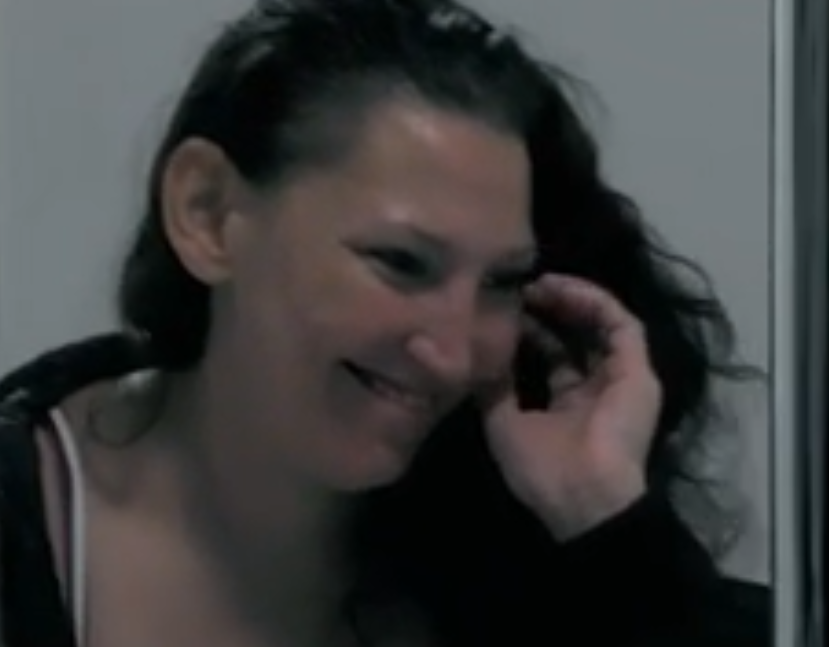 Sherry smirked as she was arrested

Sherry was seen smiling as she was arrested on suspicion of grievous bodily harm with intent after being accused of hospitalising her partner.

Paul needed urgent treatment for brain trauma after enduring two bleeds to the brain, with the incident occurring just five days after Sherry was released following a six month prison sentence for another assault on him that needed medical attention.

Bedfordshire Police officer Alicia Lawrence knew the couple from the previous case, and said on the show: “Paul has always been loyal to Sherry. When I look back at the history there have been so many assaults. But Paul wouldn’t name them.”

She’d previously unsuccessfully attempted to persuade Paul to speak out about the abuse, and admitted it was “massive” for him when he called 999 from hospital and made the allegations against Sherry.

Paul told the dispatcher in the call: “I’ve been violently attacked again by my partner. I’m in intensive care. She’s been in prison for six months and she’s come out and done it to me again. 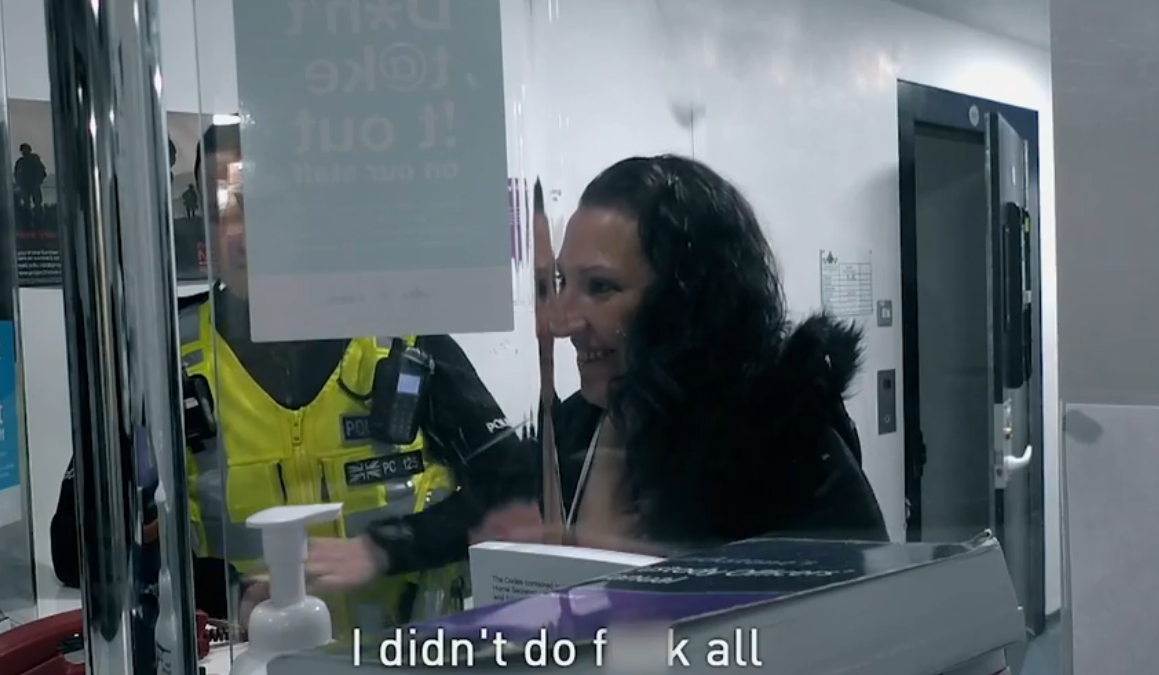 She was smiling after boyfriend Paul was rushed to intensive care

“I’ve just got to get out the relationship now haven’t I?”

The call handler poignantly replied: “Yes, I would say so. People who love you don’t hurt you like that.”

After hearing the call, Alicia told the cameras: “That is massive for him. He’s never given this before. He’s named her.”

As she arrived at the station, she continued to the awaiting officers: “He’s p**sed me off, why do it again to me?” 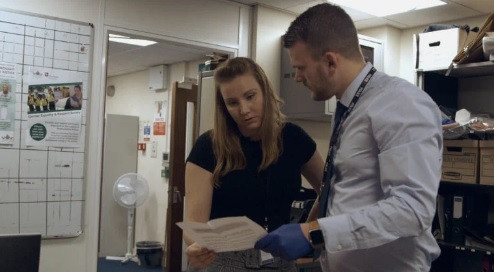 After Paul’s condition stabilised, police visited him in hospital to get a statement – but he insisted that he’d hit his head while drunk and was worried about his girlfriend being in police custody, adding that she hadn’t assaulted him “in any way, shape or form”.

Alicia was disheartened by this, saying: “This genuinely concerns me because he obviously wants to engage but he’s scared, but he’s given us just enough with the 999 call. We’ll go in without him.”

Sherry refused to answer any questions while she was interrogated, and when played Paul’s 999 call she claimed: “It’s bulls**t coming out of his mouth. I didn’t do nothing to him.”

She was officially arrested while in custody for GBH, and she smiled when she was told her rights.

Moments later, it was revealed that Paul had suffered a heart attack and fallen into a coma while in hospital as Alicia explained: “He’s only alive by ventilator essentially. No part of his brain is reacting to anything. 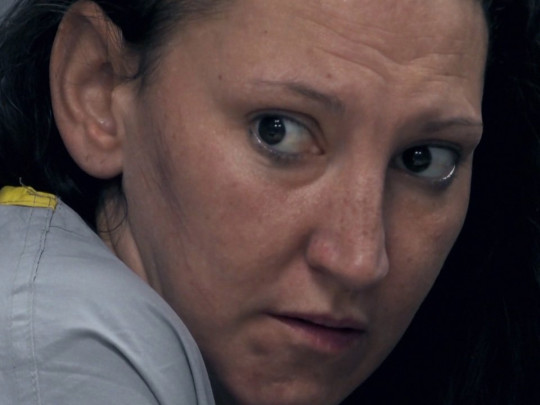 Sherry was sentenced to 18 months after Paul died

“He really loved her and he protected her until he died. He would have always defended her. He was completely used to that way of life and it’s all he knew anymore and that’s the tragedy.

“This is going to be a job that stays with me for life. I hope she goes down for a very long time. Knowing what we know now. I don’t think GBH with intent is enough and I think it should go up again to murder.”

Sherry ended up being charged with actual bodily harm, and was sentenced to 18 months in prison.

Viewers at home were devastated by the entire story and took to Twitter to share their reaction.

One wrote: “#24hoursinpolicecustody Why the F**k is this Vile Monster, Sherry, still smiling?”

WHERE CAN I GET HELP?

You don’t have to suffer in silence.

If you are experiencing domestic violence or someone you know is there are groups that can help.

Another added: “How f**king sad. Rest in peace Paul, I feel your pain from experience and wish you had got out sooner. God I’m crying!”

A third tweeted: “Oh my god, I can’t believe how this story is unfolding.”

One more agreed: “That Sherry looks terrifying. Her eyes are pure black, EVIL.”

A fifth shared: “I just cannot believe the sentence Sherry was given.”