It is said that we can’t choose our family and relatives, no matter how sometimes we don’t see eye to eye with them. Having arguments and disagreements is something that every family goes through. Having this in mind, Reddit user u/Korzaz decided to share his story of getting into an argument with his aunt and asking whether he was right in this situation. The post that received almost 25k upvotes got people discussing how young people sometimes have a hard time being considered mature adults by their older relatives who still like to see and treat them as little kids.

The user started his story by saying that his whole family decided to have a gathering in the park. The man also listed who was attending this picnic. Besides his parents and siblings with their own families, the user’s grandparents and aunt with her family were also attending. The man indicated that he is 22 years old and that he came to this gathering by himself, also bringing some of the stuff for the “event.”

But very often, the same people can get into a heated argument, as happened to this Reddit user who had a disagreement with his aunt 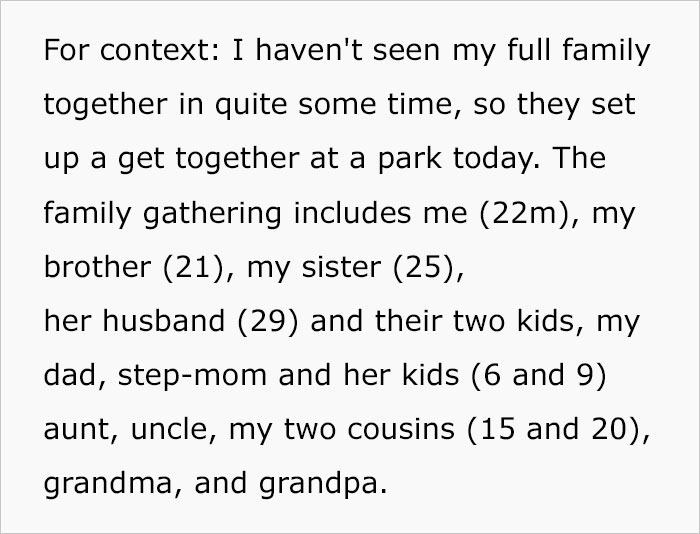 The young man said that he helped set up the tables and was having a great time talking and playing with his relatives until they all decided to sit down at the table and start eating. This is when the man’s aunt told him that he should be sitting at the kids’ table. This is when the dispute started as the 22-year-old didn’t think it was actually necessary because he is mature enough to sit at the adults’ table. 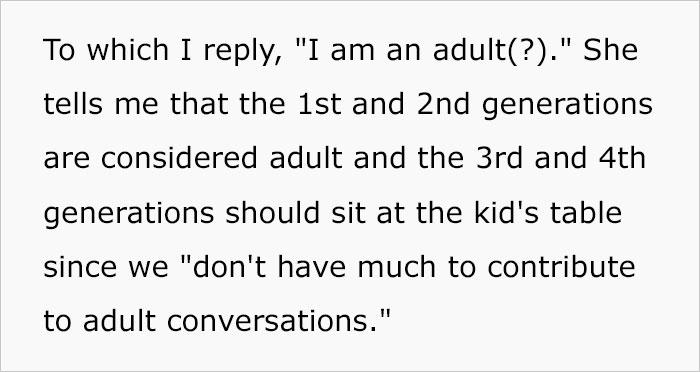 However, the aunt had another theory in mind. According to her, only those who are from the “1st and 2nd generation” can sit at the grown-up table and those who are “3rd and 4th” should be at the kids’ table. The woman also added that only those who have children of their own can sit at the adults’ table. The narrator didn’t want to put up with this as he is an actual adult who can drink and drive, so he decided to leave the gathering. 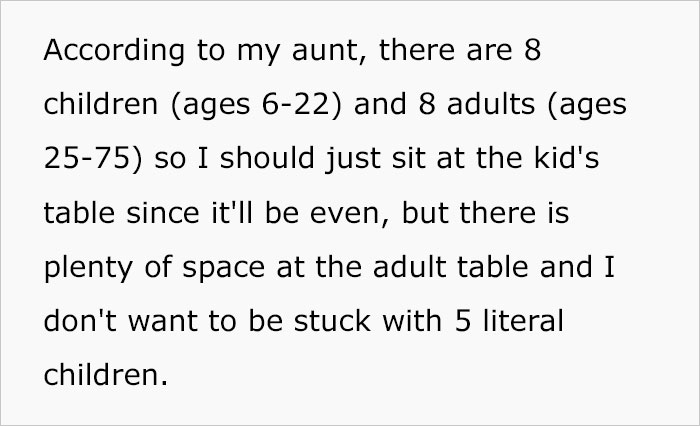 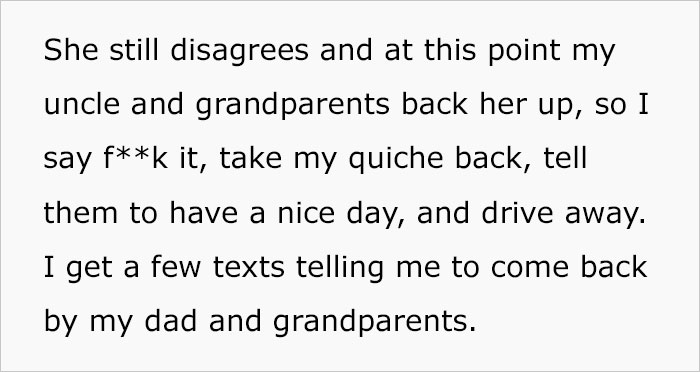 The narrator continued the story, saying that his dad and grandparents tried to reach him and asked him to come back, but he didn’t return because the aunt didn’t agree to apologize for her behavior. After the user got home, he started thinking about whether they made the right choice by storming off and leaving his family. 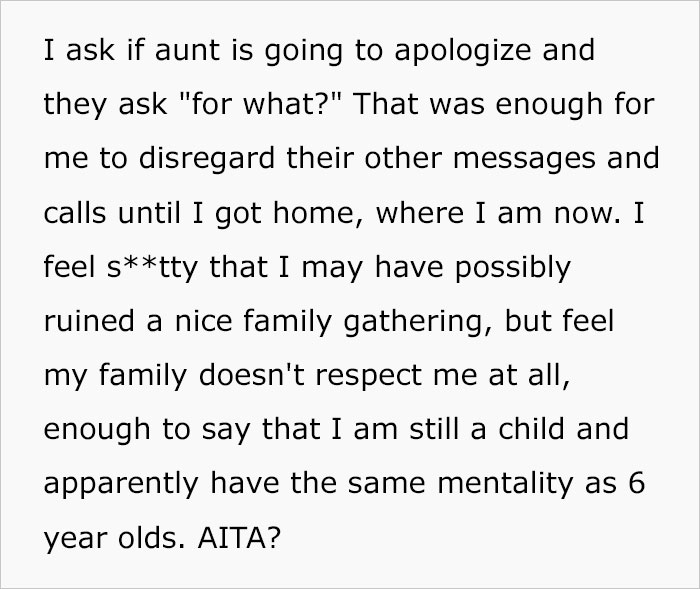 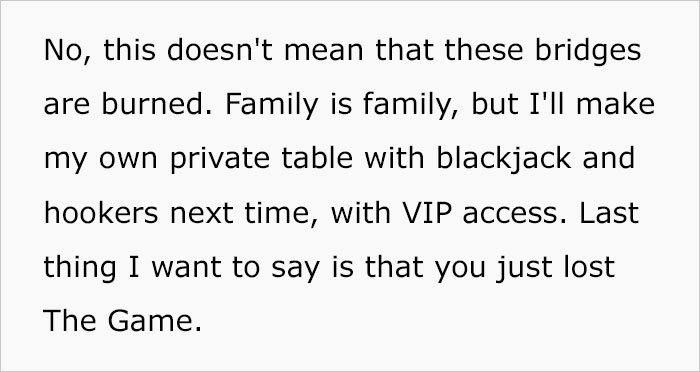 People online were supporting him and saying that this is not how the aunt should’ve reacted. The narrator was also participating in the discussion where he also mentioned his 21-year-old brother who didn’t say anything about the situation.

What do you think about this whole situation? Don’t forget to leave your thoughts in the comments down below! 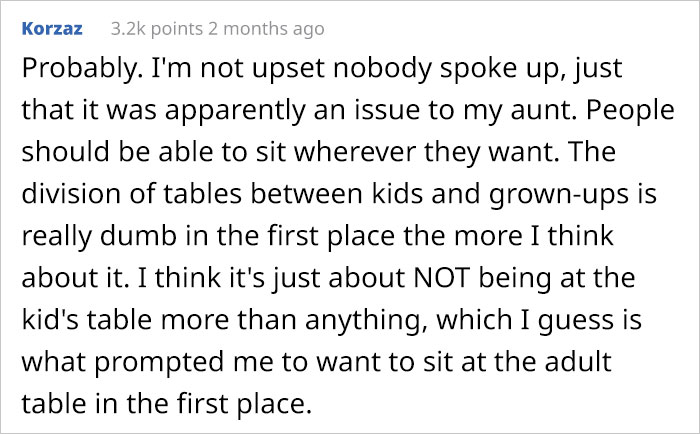 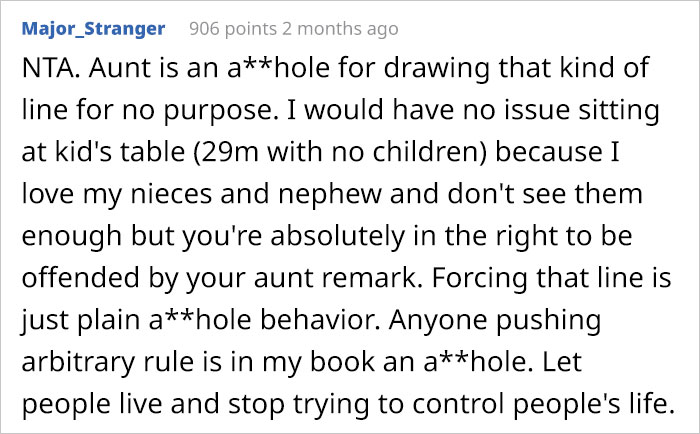 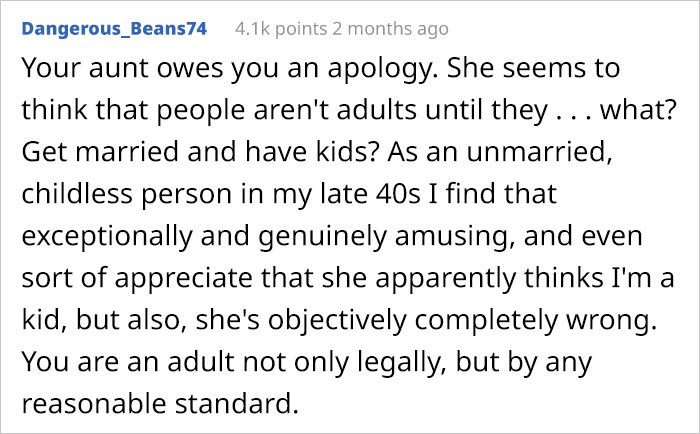