Sex work is haunted by myths.

These myths add to the stereotyping, discrimination and abuse that workers face.

One of the biggest misconceptions around sex work is that it’s an industry made up only by women, who are being exploited by men who they allow to treat them as objects.

News flash: sex work is real work, and the people who choose to do it are professionals doing a job.

In TV and film, sex workers are frequently reduced to victims or villains – often given tragic storylines or kept as background characters without much humanity.

Nancy reveals that she never had an orgasm with her late husband, and has hired Leo in the hope that he can help her get over the edge.

He’s also the host of LustCast, a sex and relationships podcast for men. We spoke to him to get the lowdown on his time in the adult industry. 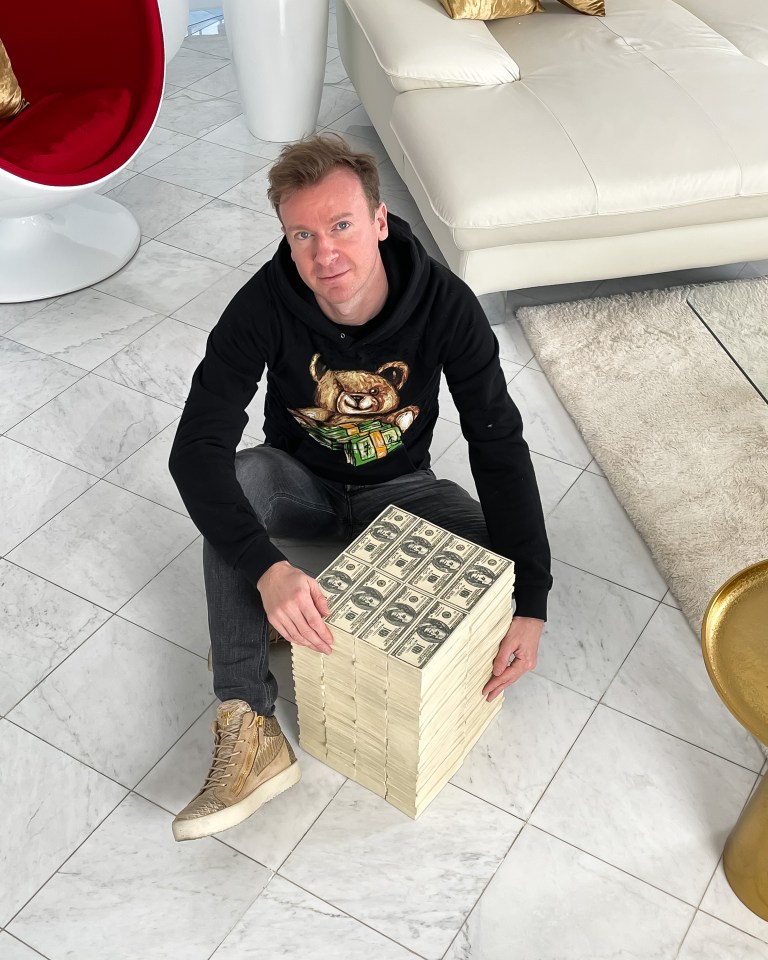 ‘I didn’t really care about the sex, I was mostly driven by money’ (Picture: Tommie Mcdonald)

What are two of the biggest myths facing male sex work?

‘At the time, the cost of making movies, filming equipment, editing, and launching websites was cheap and no one else was really doing it. I cobbled together a website quickly and my friend and I decided to start making our own homemade sex tapes.

‘It was just meant to be a side business. I was living in London and even if you have a good job you can’t buy an apartment or anything. It took off so much it became a real business with employees, an office and everything. 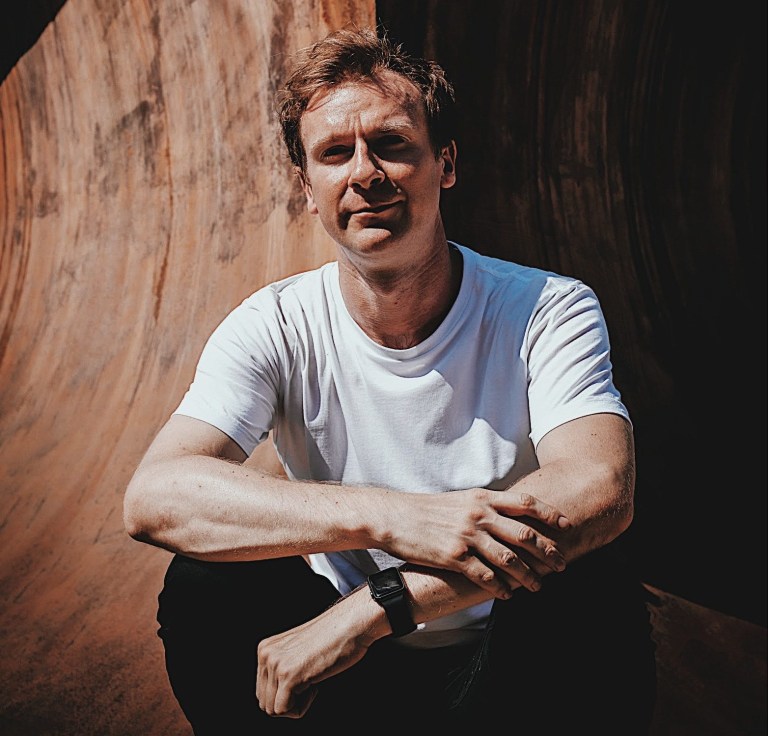 ‘I was so nervous that the camera was probably shaking while I filmed. It was me and my friend and we weren’t sexually attracted to each other. We just thought this was a good idea and both wanted to do it.

‘If you’re good friends with someone it can have that brother and sister vibe so we had to just fake it on camera, but that was quite funny. I have good memories of doing something that felt so outlandish; filming sex and putting it on the internet.

‘It was easier because it was just me, the girl and the camera. There weren’t loads of people watching like there is on a big shoot.

‘We were just making it up as we went along and doing what felt right. We didn’t know the shortcuts and techniques to make things easier and more professional.

‘I also didn’t really know how to use a camera, so I’m sure I was filming the floor because I was looking with my eyes rather than the camera screen.’

‘It is really complicated. You’re getting paid to have orgasms. It’s awesome. But also, it is a very small industry, and everyone knows each other.

‘If I’m really close with somebody, I found that I can’t have sex with them on camera. It’s too awkward when you know them intimately.

‘It’s really good when you just know them as a colleague – it’s professional but fun and you’re not going to fall in love with them.

‘It can feel like a chore, especially if you are doing the same type of video just with different people. But sometimes you stop to think “oh my god, I am being paid to have sex, most people would dream of this”.’ 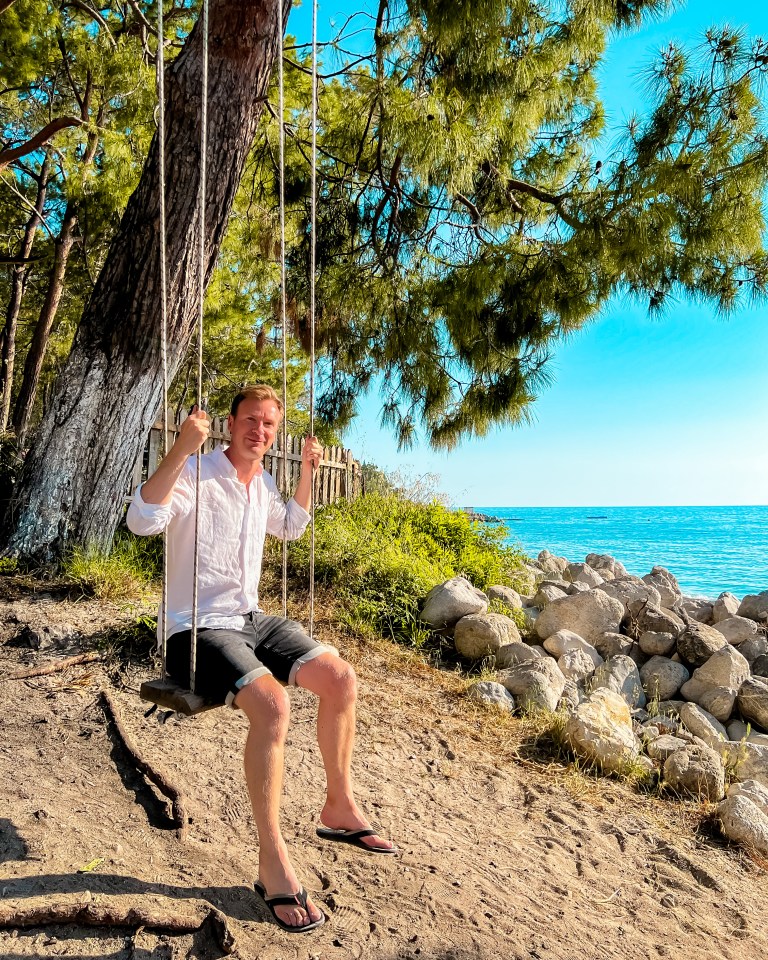 Have you ever felt awkward having sex on camera?

‘Like every job, not everyone is professional. Some people make it easy for you and some people make it very difficult. They won’t be shy about saying they don’t like you, which can be quite funny and bizarre.

‘I’ve had models turn up with bad body odour. Asking someone to take a second shower before filming… that’s an awkward thing to say.

‘Since you’ve paid for the location, a photographer, makeup artist and the model’s fee for the day, you just have to grin and bear it and try to make a good show.

‘I don’t do anything that pushes me outside of my comfort zone, though. I don’t believe in doing something just for the money.

Are you enjoying yourself?

‘It depends on the person. If you’re only acting it’s easier because you’re not holding a camera or thinking too much about what has to happen.

‘It depends on the director too. Some will let you be in the moment and try not to interrupt.

‘If the day is long or you’re having sex on awkward, uncomfortable furniture for instance, maybe it isn’t so fun. But there’s a sense of satisfaction, and achievement, like “hey we did a good job”.

‘It’s like being in a secret club where you all understand each other.

Do you find it difficult to maintain an erection on camera?

‘It would feel a bit like being on stage.

‘You’re not waking up at 6am, doing makeup with loads of people around, no romantic atmosphere, no conversation, no foreplay, you’re just expected to be hard and get started. That’s a really difficult thing to do.

‘There are some legends who are really good at the job and don’t have to inject at all, but the majority of guys cheat.

‘In the past, it was very hard to find men that could do the job. So the ones that could would get booked for the most scenes.

‘These days, they’re injecting their penis’ with drugs to fake an erection.

‘The drug is designed for people who, for instance, break their backs and can’t get an erection or even feel anything down there and it guarantees an erection for around two hours.

How do you get yourself and the partner you’re working with ready to go?

‘Some people are just dicks, but you just have to focus on doing a good job yourself. The video won’t win any awards but you just get through it.’ 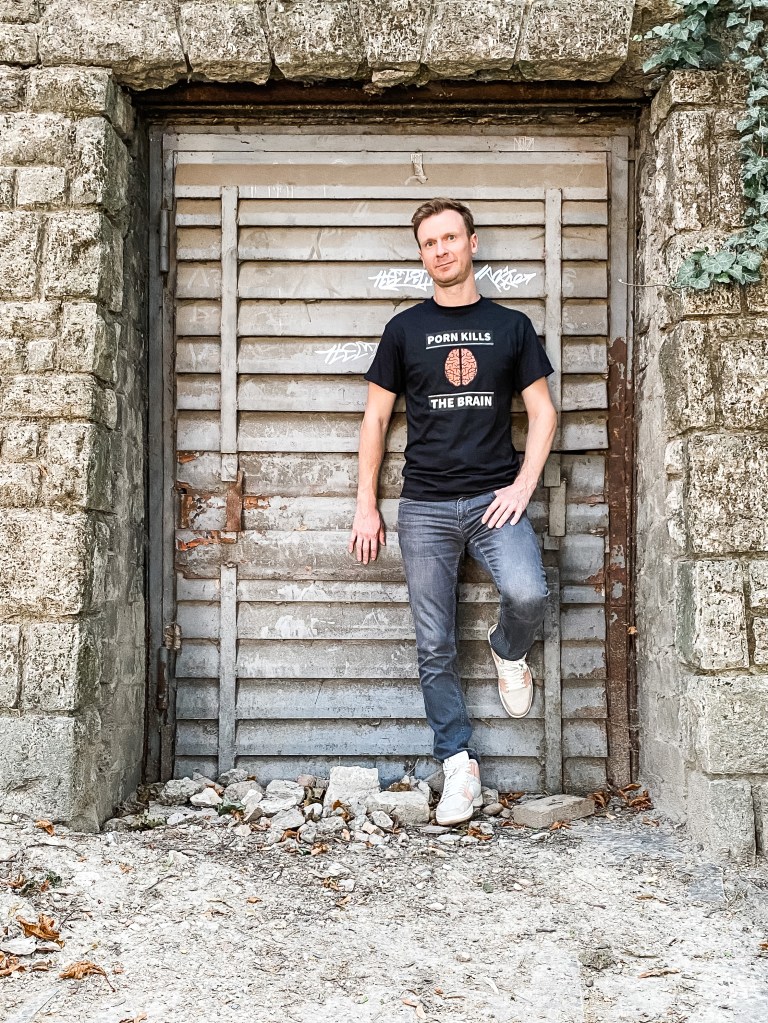 ‘The bigger the budget, the more revered you are as a producer. The maximum budget I would say is about €20,000 (£17,206), only about two companies in Europe have that kind of budget.

‘These days with OnlyFans, most money flows to models rather than producers.’ 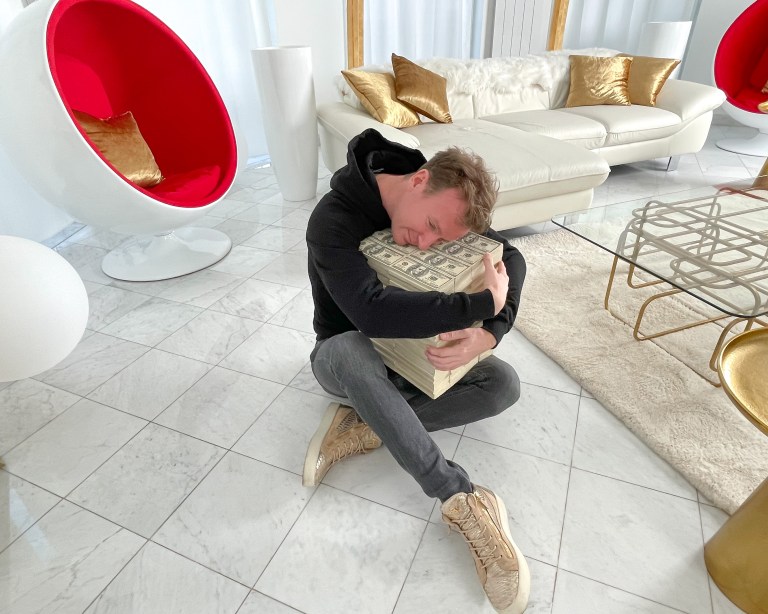 Is it hard to have a relationship as a sex worker?

‘Yes and no. I’ve definitely used it as an excuse (to not have a relationship) in the past, but it’s not an excuse really.

‘You can have open relationships, and if you communicate well and make people understand it is just a job, a lot of people will be understanding.

‘It might take some time but if they love you there shouldn’t be a problem.

‘It’s a shortcut to finding a relationship is anything, because it pushes the time wasters away quite quickly.’

‘Most people just find it interesting and are curious to learn about a different way of living. Men generally get very excited and ask me lots of sordid questions and want to live vicariously through me.

‘I also don’t want to have vulgar, sexual conversations all the time so I usually just mention it then talk about things im really interested in.

‘On social media, I do speak out now. For a long time I was more behind-the-scenes but these days, with my podcast, I am trying to be more public.’

‘I think so. It’s such a cool lifestyle and a really good bunch of people.

‘If you like attention, sex, and you like being provocative and creative, then why not. You need to be a people person because it’s hard to blow up doing it alone.

‘It’s a welcoming industry but also very brutal. A lot of people don’t make much money, the money tends to go to the people at the top.

‘If it works for you, the rewards are enormous. Most people are going to struggle for the first six months to a year, while they figure things out. It’s about getting through that and learning how to do it.

‘So long as you don’t regret it. I’ve never regretted it but I don’t care what people think of me, so that helps.’

And a bonus question: what’s next for you?

‘I am just trying to do my bit to provide better sex education to people for free.

‘I’m passionate about that, about helping young men so they don’t have to learn through experience like I did.

‘We could all have much more satisfying sex and relationships and healthier sex lives if sex education was better.’