Spidey senses?! Zendaya always makes a statement when she hits the red carpet, may just be her best yet. The 25-year-old actress arrived at the Ballon d’Or at the Théâtre du Châtelet in Paris on Monday, November 29, wearing what’s quite possibly the coolest Roberto Cavelli dress, well, ever.

While it was all sleek and sophisticated in the front, the gown was nothing short of a party in the back. It featured a massive cutout ranging from just above her butt to her shoulder blades. That’s not all though — the star of the show was a three dimensional gold-plated spine that looked straight out of a superhero movie.

It didn’t take long for fans to start drawing connections and pointing out potential inspirations for the gown, but one reference reigned supreme.

After a fan account called @dayacrue shared a side-by-side photo of the Malcolm & Marie star and Dr. Octopus, who first appeared in The Amazing Spider-Man 3, Zendaya gave her stamp of approval. 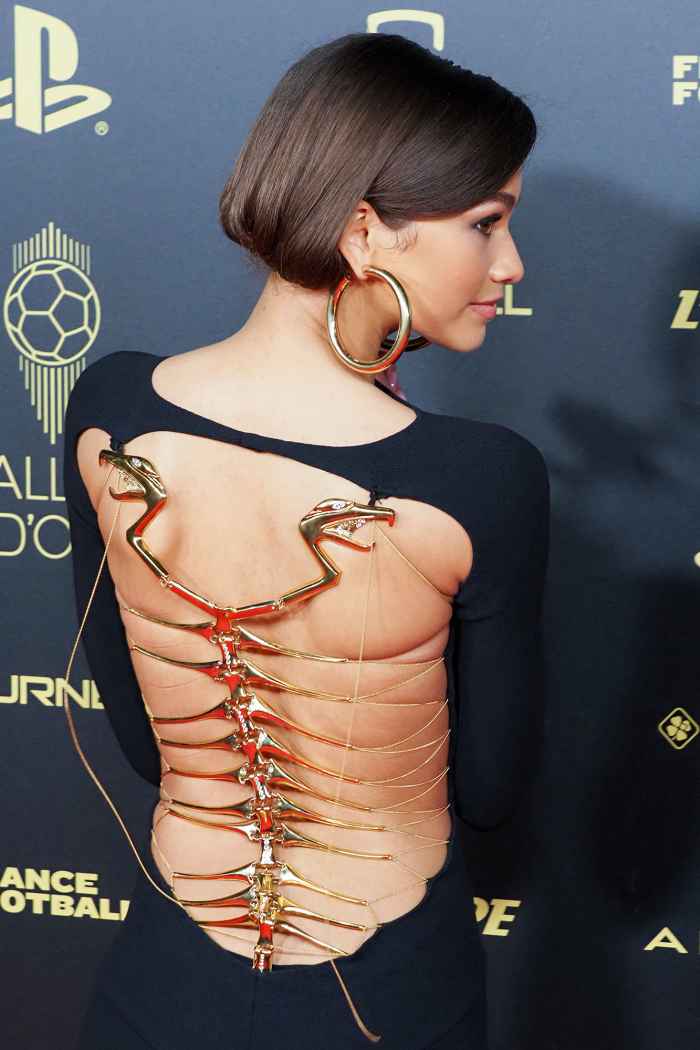 “We love a reference,” the actress, who was styled by Law Roach, captioned an Instagram Stories of the post. She also shared an up-close look at the insanely intricate spine detail.

Given that Dr. Octopus is making his return in Spider-Man: No Way Home, which comes out in a few weeks time, it’s no surprise that fans went wild, taking to Twitter to share their obsession.

Some even pointed out that the whole outfit choice could also be a connection to boyfriend Tom Holland, who plays Spider-Man in the film. The pair first met on the set of Spider-Man: Homecoming.

“It’s how @Zendaya’s dress reminds me of Dr. Octopus and all of a sudden I see @TomHolland1996. Wonderful pair,” a user quipped.

This is far from the first time Zendaya has made a film reference with her fashion. Earlier this year, the star channeled Lola Bunny at the premiere of Space Jame: A New Legacy.

For the event, she rocked a patchwork short set by Moschino that featured patches of blue, yellow, orange and red that most definitely took inspiration from Lola Bunny’s reimagined costume.