A WOMAN has sparked outrage after claiming a diamond engagement ring her husband found in their garden, which she reckons is worth about $8k (£5.7k).

Admitting that there’s only been two previous owners of the house she lives in, it’s bound to belong to one of them – but she has no plans to return it and will keep it instead. 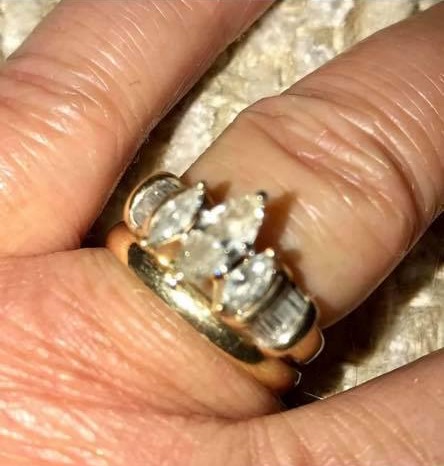 The woman’s husband found the ring in their garden which she claims costs $8k (£5.7k)Credit: Facebook

In fact, the woman revealed that she and her husband even had the band resized so that she could wear it since she lost the diamond in her original engagement ring which cost just $200 (£144).

Screenshots of the ring she found and the heated exchange which erupted online was shared in a private Facebook group – and people are shocked by the woman’s remarks.

In her original post she revealed: “We’ve lived in our house since 2006. About three or so years ago I decided to do a rose garden in our front yard.

“My husband noticed an ‘earring’ sticking up in the mud while he was mowing around the wood beams of the flower bed. 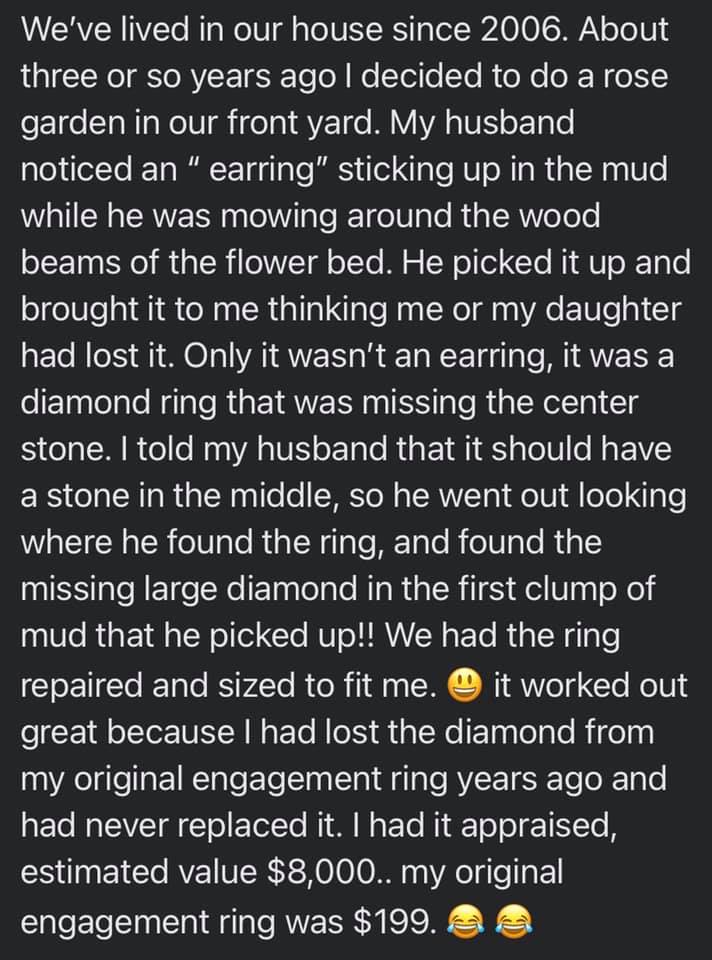 She revealed that she got it resized she that she could wear it and has no plans on returning itCredit: Facebook

“He picked it up and brought it to me thinking that me or my daughter had lost it. Only it wasn’t an earring, it was a diamond ring that was missing the centre stone.

“I told my husband that it should have a stone in the middle. So he went out looking where he found the ring and found the missing large diamond in the first clump of mud that he picked up.”

She added: “We had the ring repaired and sized to fit me. It worked out great because I had lost the diamond from my original engagement ring years ago and had never replaced it.

The ring features a yellow-gold band and has three marquise cut diamonds in the centre with many saying it could cost as much as $10k (£7.4k) 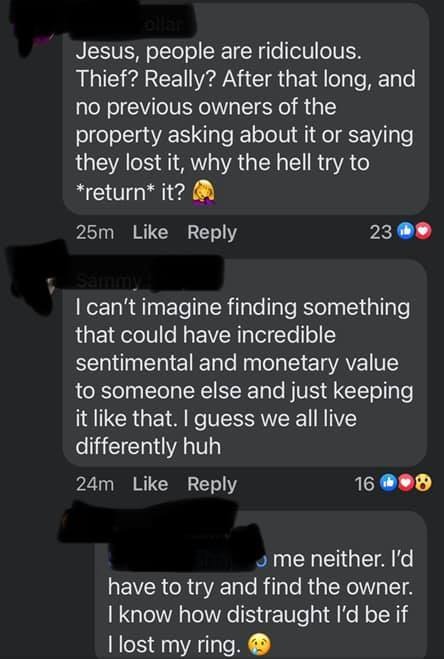 Some people were furious and insisted that she attempt to return the ring to the ownerCredit: Facebook 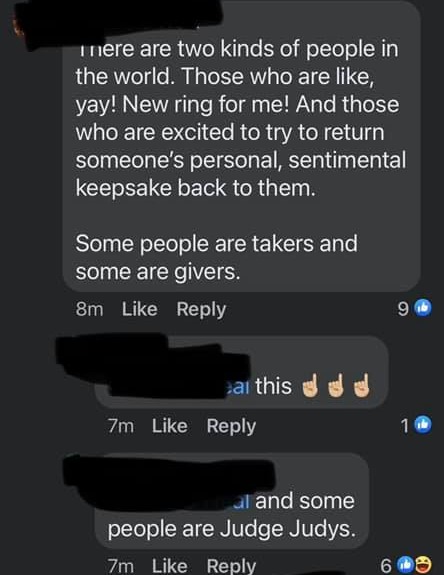 Many argued that she should attempt to contact the previous home owners to see if they had lost the ring when they lived there, as it is probably something very “meaningful” to them.

One person wrote: “You haven’t mentioned trying to trace the previous owner and return it to them in your story.

“I couldn’t keep something of that value unless I’d done everything possible to trace the original owner or their descendants.”

But in response, the original poster said:”We have lived here for over ten years when we found the ring.

“We live on 85 acres, there was only two previous owners… after ten years I wouldn’t just give the ring to someone that said it was theirs. I would sell it for it’s actual value though if they said they wanted it back.”

Her comments infuriated many with some even calling her a “thief”. 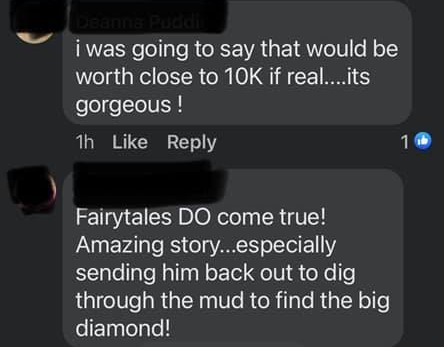 Few thought she was right for keeping the ring and actually praised her for the findCredit: Facebook

“I was rooting for you until you said you’d only sell it back for it’s value to the original owner if found. Pretty sh***y, now gonna lie.”

“Wtf is wring with you, ” another lashed out.

But many argued the woman has a right to keep the ring as it was found on her property.

While others said too much time has passed and reckon it’s a matter of “finders keepers”.

“People are ridiculous. A thief? Really? After that long, and no previous owners of the property asking about it or saying they lost it, why the hell try to return it?” one said.

Another said the original owner “probably claimed insurance” so it’s no biggie if they don’t get the ring back.

One person even said it was her “lucky day” having found the pricey diamond ring, with others saying “great find” and “that’s awesome.”

And woman shows off £8,000 double engagement ring her ex designed for her & people say it’s ‘the ugliest thing ever’.

Plus this ungrateful woman returned a ‘cheap’ £2,200 engagement ring because groom didn’t spend 10% of his wage on it.