Her love of vintage fashion started when she saw the movie Grease (Picture: Little.bri.boop/Caters News)

After swearing off fast fashion, vintage lover Bri Serjeant has been thrift shopping and making her own clothes to hone her retro style.

Although her passion for 50s style fashion began when she saw Grease as a child, it was only when she started university and needed to find ways to save money that she rediscovered just how much she loved it.

Bri, 27, recalled: ‘When I began college and moved out on my own, I started searching at thrift stores to be economical. This opened a whole new plethora of clothing choices.

‘I was immediately attracted to feminine blouses and high-waisted skirts. This sparked my realisation of how much I enjoyed being dressed in these girly outfits.

‘As time went on, I homed in my vision of how I wanted to present myself to the world and went back to my original love of 50s fashion and hair, just like the film Grease.

‘Now, I mostly find true vintage clothes at estate sales and thrift stores. The occasional reproduction creation or online purchase has also helped to fill out my wardrobe. 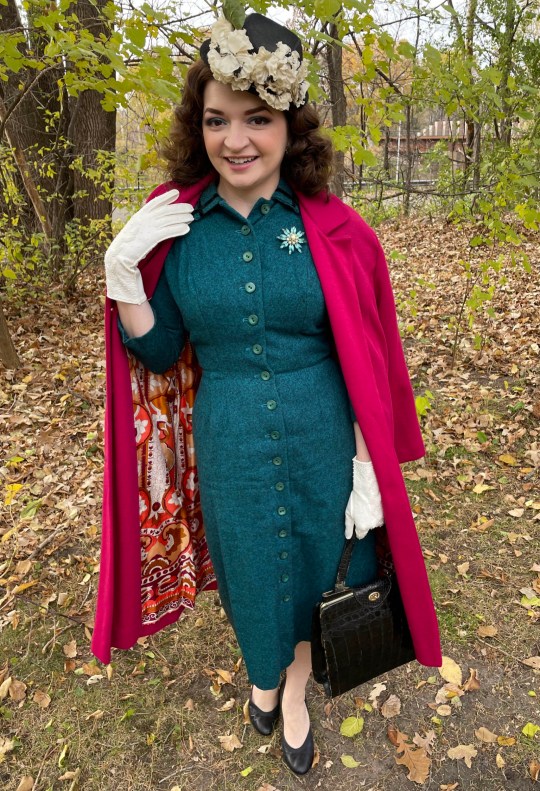 ‘I have been known to make myself skirts; though I admit to being a very slow and easily distracted sewer.’

Bri, from Minnesota, US, says she gets a lot of stares when she’s out and about, and is often asked if she’s in a play or going out dancing.

She’s even told by some that they like her ‘costume’, but Bri said: ‘My least favourite comments come primarily from older men who fondly wish women still wore things like nylons and dresses saying that they were much classier back then.

‘I have no shame in telling them that if they like the dresses and nylons so much, they should think about wearing them instead. 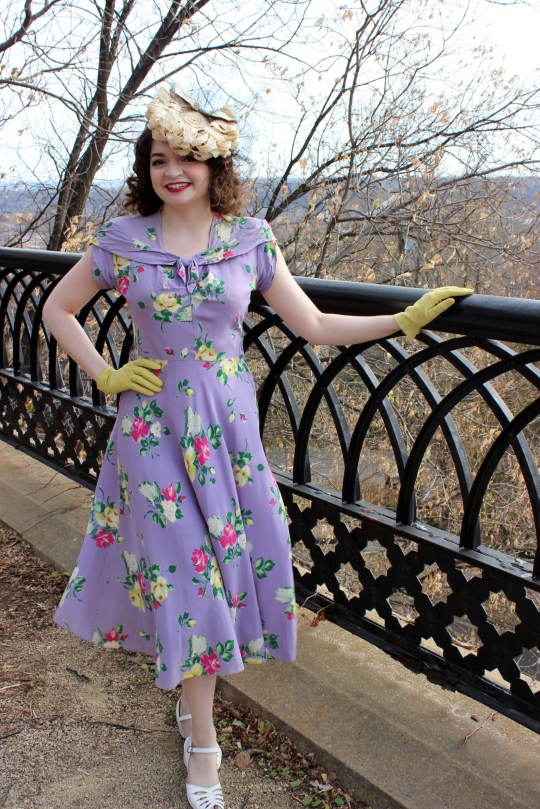 ‘I think the great thing about living in the now, and not in the past, is that we have the right to choose how we dress. As a woman, I have the right to decide if I want to wear trousers without a second glance or judgement.

‘I can choose to wear all black or pastels, head to toe. I don’t have to adhere to modern trends if I don’t want to. I know it is a big step to separate yourself from the masses and do your own thing, but I think we all have that bravery in us.’

‘At the time I was really getting into vintage I was working nights as a security guard,’ she explained. 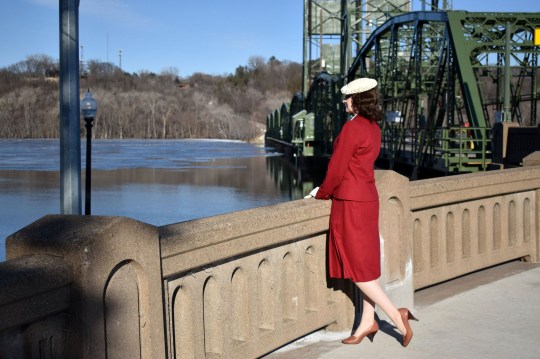 ‘During shifts where I knew I would not see very many people, I would practice setting my hair. That way if it turned out terribly, I wouldn’t have too many witnesses to my blunder.

‘After finding out which products and techniques work specifically with my hair, I began doing more complicated hairstyles, and now I can do pretty much any style I want with some level of success.’

She also said that wearing the right underwear shouldn’t be overlooked, and added: ‘It is something that often gets neglected when people begin wearing vintage clothing.

‘If you have the correct foundations, the clothes will sit on your body in a much more pleasing way.’

When it comes to how to make the change from a modern to retro wardrobe, Bri advised: ‘It doesn’t have to be a huge overhaul of your closet. It can start smaller with vintage-inspired modern things.

‘Little steps towards a new self-image are doable, you just have to decide one day to make those changes.’

Pete Davidson Got a Spray Tan Before NYE Special: Details

I started working in fashion as a Saturday job… now I’m 27 and own a £2.1 million clothing empire

Sydney Sweeney Wants Machine Gun Kelly to Give Her a Tattoo

Why do trends keep coming back around?