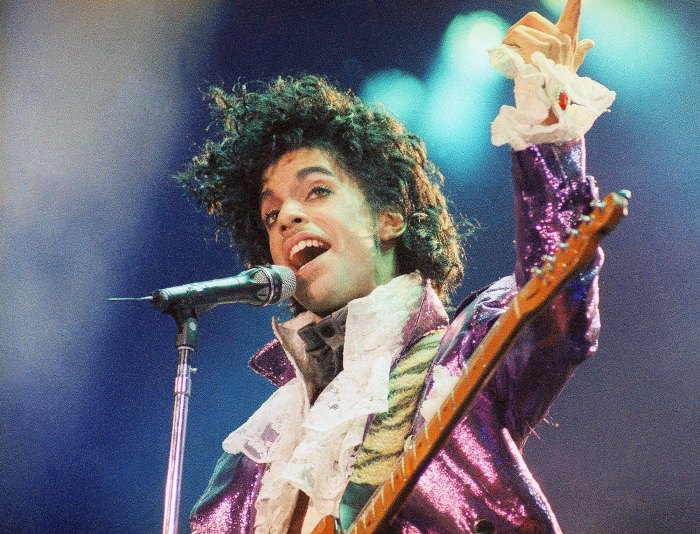 About time! Prince left just as large of a legacy in the beauty and style space as he did in the music industry, so it shouldn’t come as a surprise that the late singers’ estate is teaming up with Urban Decay to launch a makeup collection that “drips purple” in his honor.

While the deets surrounding the soon-to-be-released collection is still under wraps, it’s a safe bet that there’s going to be a heck of a lot of purple. Could their be a “Purple Rain” inspired palette? Maybe. Or a deep violet eyeliner? Anything is possible!

The limited-edition collection, which is launching on May 27, will feature “super rare” packaging inspired by the music legend’s one-of-a-kind style and over-the-top performances.

Urban Decay took to Instagram to tease the collection — and it’s safe to say that fans are freaking out. “Fearless. Expressive. Transcendent. COMING SOON from Urban Decay x @Prince.”

Fans quickly flooded the comments, expressing their insane excitement. “Wow the collaboration we never knew we NEEDED!!!” one person wrote. Another added: “What? WHAT?!?! Just take my money and I’ll take 2. You are killing me!”

Others were already manifesting their perfect Prince-inspired eyeshadow shades. “If y’all make a Purple Rain palette I will lose my mind,” a user chimed in.

When it came to designing this commemorative capsule collection, Urban Decay teamed up with a handful of Prince’s close friends and creative inspirations.

All the art for the campaign was captured by Randee St. Nicholas, who worked with the “When Doves Cry” singer for three decades. To nail the vision for the line, they tapped Trevor Guy, Prince’s muse and close friend. And for product imagery and modeling, the brand turned to Damaris Lewis, the late singer’s good friend.

“We couldn’t possibly imitate someone as legendary as Prince, and to compare him to a palette would diminish who he was. It’s easy to say why this collection makes sense on the surface — his makeup looks and our shared love purple — but we did our best to embody his energy on a deeper level, Wende Zomnir, an Urban Decay founding partner said in a press release.

She continued: “We found his ethos of not asking permission to be who he was and owning it so boldly aligned with our values of breaking the mold and championing all forms of beauty.”

To stay up-to-date on all things Prince collection, sign up for updates on Urbandecay.com.