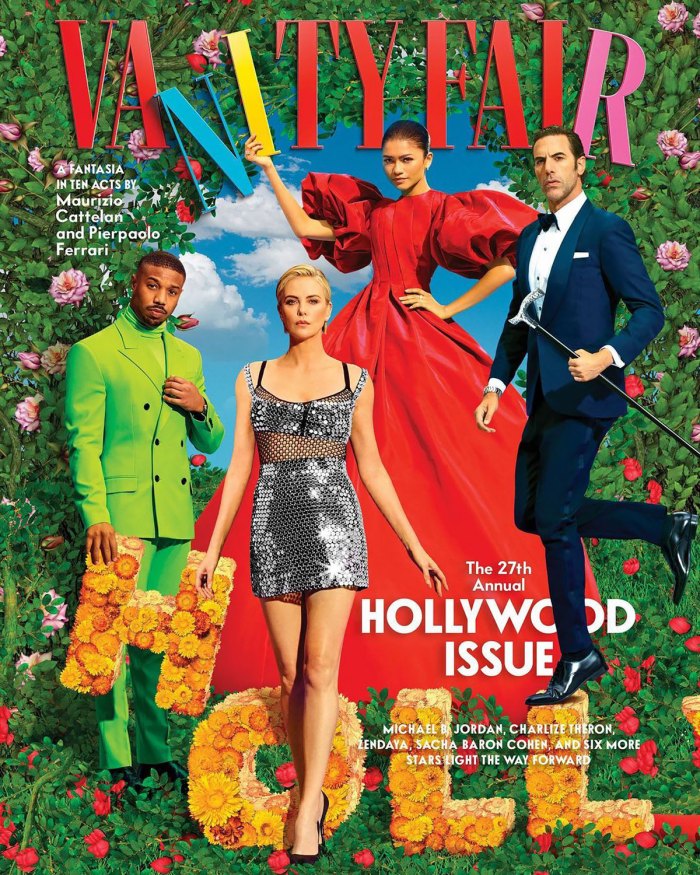 Bring on the color! Vanity Fair dropped its 27th annual Hollywood Issue on Tuesday, February 23 featuring a diverse selection of stars that have made waves in the entertainment industry, despite its changing landscape. The vibrant cover, aptly called a “Fantasia in Ten Acts” is certainly eye catching, embellished with whimsical flowers, bright outfits (more on that later!) and even a white horse smack in the center.

The issue, which was directed by artists Maurizio Cattelan and Pierpaolo Ferrari, shines a light on Michael B. Jordan, Charlize Theron, Zendaya, Sacha Baron Cohen, Maya Rudolph, Michaela Coel, Spike Lee, LaKeith Stanfield, Awkwafina and Daniel Levy, many of whom we can’t wait to see during the Golden Globes this Sunday, February 28.

The cover stars were selected for their ability to push the boundaries during a rollercoaster of a year. It was designed to “celebrate the actors, producers, and directors who pushed storytelling forward with hope and humanity during a surreal year,” Vanity Fair states in a press release. “The portfolio portrays a magical dreamscape representing not only that the show must go on, but that there’s joy in its continuance.”

As far as the fashion is concerned, there’s quite a lot to unpack. Jordan, 34, stands at the front of the lineup, wearing a neon green Berluti Paris suit with a matching turtleneck. Theron, 45, who starred in The Old Guard, looks unquestionably fierce in a silver sequin two piece set with a mesh overlay from Dior. Possibly the focal point of image, Zendaya, 24, makes a statement in a puff sleeve Maison Valentino gown that is nothing short of jaw-dropping—she’s the epitome of elegance. 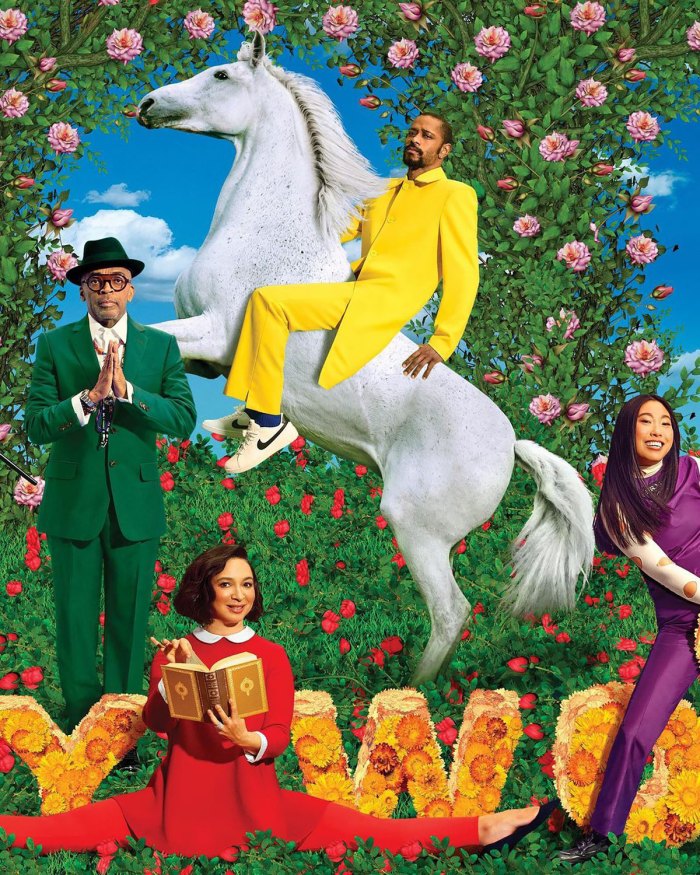 In the center, Maya Rudolph, 48, is showing off her flexibility. She’s doing a split while wearing We Love Colors red tights. To her right Spike Lee, 63, is sporting a hunter green Gucci suit. To her left, LaKeith Stanfield, 29, rocks a bright yellow Louis Vuitton outfit.

Awkwafina, 32, stuns in a tailored purple jumpsuit designed by Prada, while Michaela Coel, 33, looks angelic in a printed, off the shoulder gown designed by Duaba Serwa. Last but most certainly not least, Daniel Levy, 37, couldn’t be more stylish in a checkered pant and coat and yellow button up. 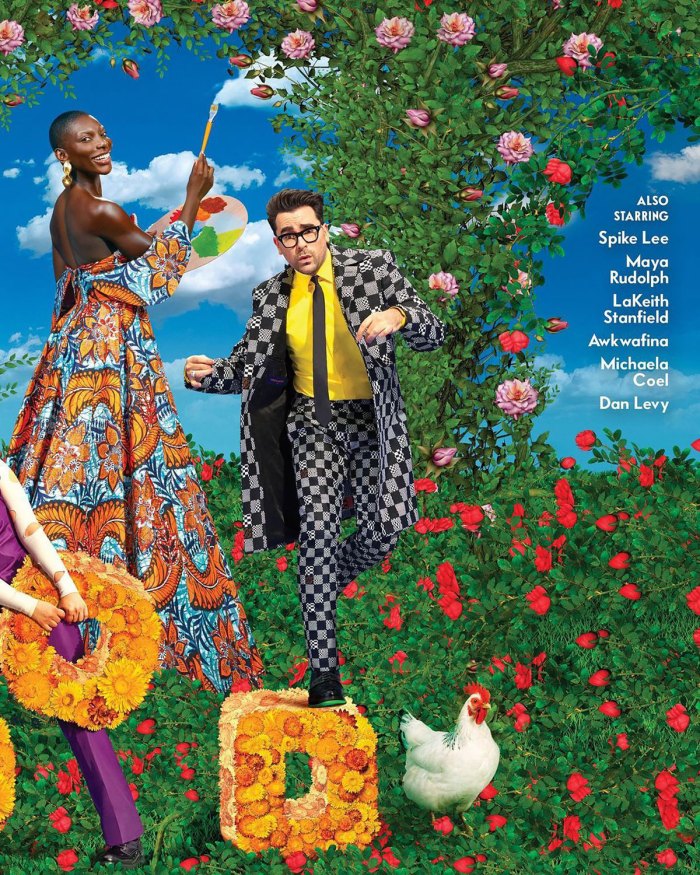 “We could not have asked for a more talented, transcendent cast of characters than our cover stars this year,” editor in chief Radhika Jones writes in an editor’s letter for the issue. “Their work has earned them new audiences on new platforms, rose to new creative heights, delved into new emotional depths, and brought catharsis, humor, and gratification.”

To check out more of the gorgeous photos and see what the stars have to say about their time in Hollywood, head to VanityFair.com or pick up the issue which is on stands March 2.