LOL! The new Saved By the Bell cast is not into some of the ‘90s looks worn by original cast members like Mark-Paul Gosselaar and Mario Lopez — and we don’t blame them.

On Wednesday, November 25, the Saved By the Bell revival premiered on Peacock with lots of nods to the original show. But one thing the 2020 version did not bring back is the funky, wild style that was so out-there by today’s standards. 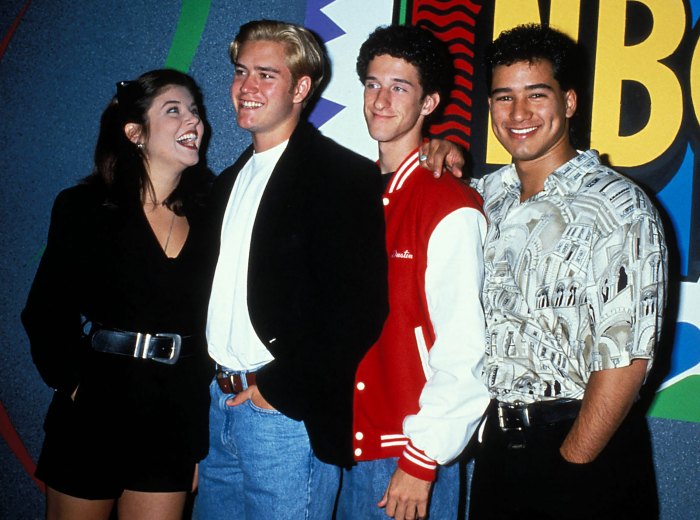 But by no means did the new stars hate all of the looks. In fact, Darden was a big fan of Gosselaar’s blazer and T-shirt combo. “That’s fire,” he says, also praising the Bayside varsity jacket

He also praised Lopez’s overall look, both on and off the show. “I mean if I looked like Mario, I would totally keep wearing tank tops.” He also loved his adorable headshot. “I mean, how do you not cast that?”

Meanwhile, Higgins reminisced over the dated fashion that he wore when it was popular. “I was wearing those things,” he says. “I was a little older than they were in the photograph. But I wore shoulder pads that you couldn’t get through a doorway with.”

But it wasn’t just wide shoulder pads that he rocked. He was also all about a pleated pant. “When I say pleated pants, I don’t mean pleats, I mean five across on each side! Each leg gets five pleats!”

Watch the video above to see everything that the new Saved By the Bell cast has to say about ‘90s fashion.

Ricky Martin Bleaches His Beard Out of Boredom This Is How to Wear a Lapel Pin the Right Way