Chanel’s Paris Fashion Week shows are known for their elaborate detail – with no expense spared.

However, this year’s show had an unlikely equine addition.

Show jumper Charlotte – the elder daughter of Princess Caroline – opened the show with her four-legged companion and proceeded to canter around the winding runway. 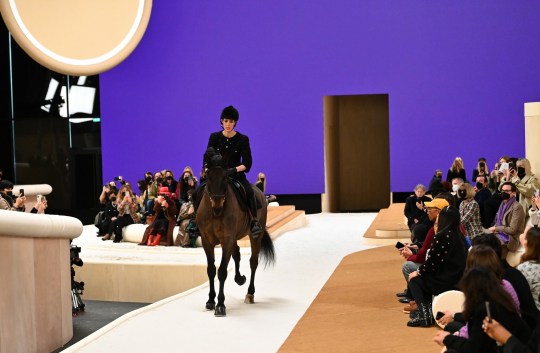 She proceeded to trot around the room (Picture: David Fisher/REX/Shutterstock)

The royal was dressed in a black tweed riding jacket with sequins, as she trotted around the room.

She also wore dramatic eye makeup with winged eyeliner and a helmet to complete the PFW look.

US Vogue editor Anna Wintour, rapper Pharrell Williams and actress Margot Robbie were just some of the celebrity guests who had front row seats for the equine action. 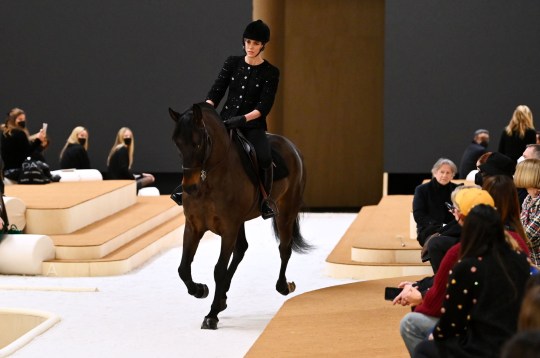 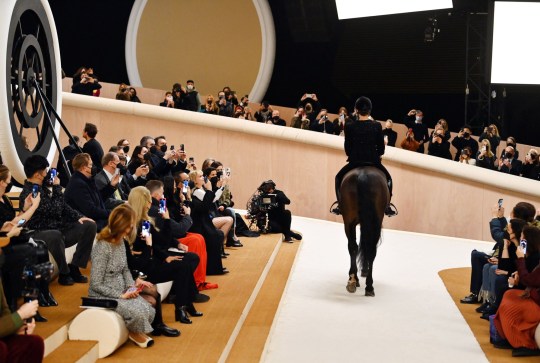 Charlotte, who is also a Chanel ambassador, has spoken of her love for riding in the past – previously telling Harper’s Bazaar that horses have played an ‘important role’ in her life, since she was a child.

She said: ‘They gave me the energy to move forward, the ability to fight, giving me a rare confidence and invaluable strength. They taught me great humility too.’

‘Competing in show jumping is a school of life…. And it’s one of the few Olympic sports where men and women are equal.

‘Being a great horseman does not rely on physical strength but more on the mind and sensibility.’ 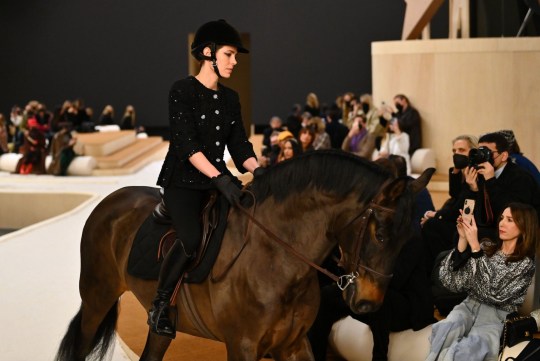 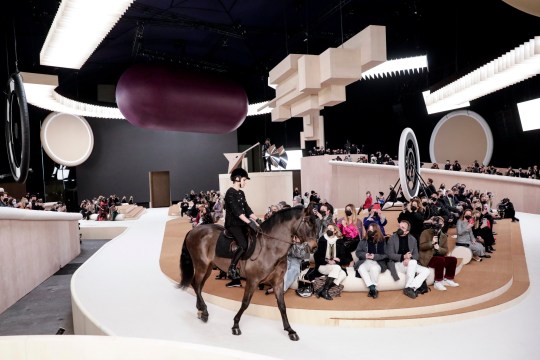 Many celebrities were at the Paris show (Picture: David Fisher/REX/Shutterstock)

Elsewhere in the world of fashion, Moncler has announced it will be going fur-free by the end of 2023.

Likewise, the furry bucket hat is having a moment – and with the current cold weather, we couldn’t be happier.