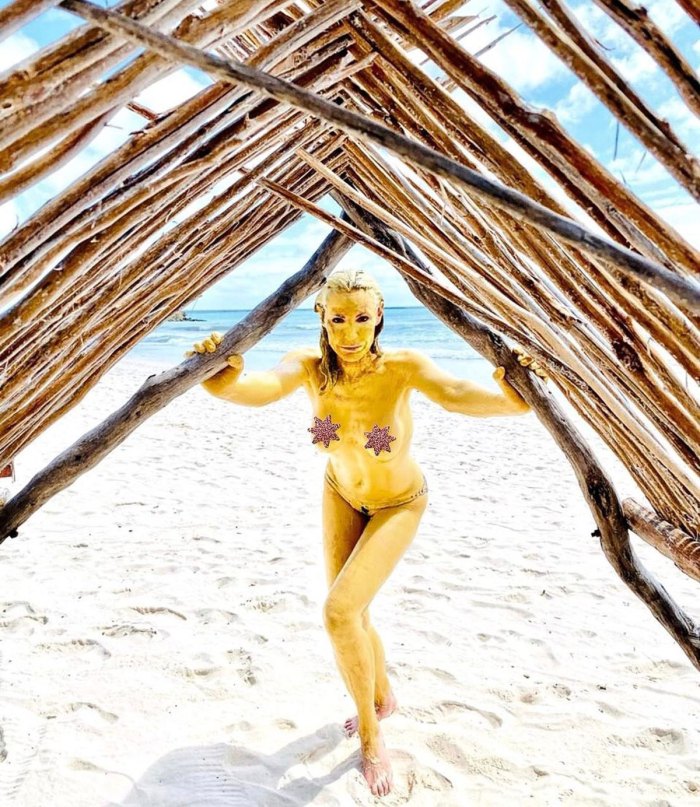 Viva la Diva! Real Housewives of New York star Luann de Lesseps took to Instagram on February 22 to share quite the scandalous photo, showing off her toned, well, everything. The cabaret singer bared-all, wearing nothing but skimpy bikini bottoms and artfully placed sea star stickers on her breasts.

The photo, which was appropriately captioned “Claycation ??” is understandably causing some confusion with the countess’s fans and co-stars. In what could possibly be an effort to detox after wrapping up filming on season 13 of ‘RHONY’, it appears de Lesseps, 55, decided to cover her body in a head to toe clay mask.

While de Lesseps has not tagged anyone in her recent photos, it’s possible that she’s vacationing with her new boyfriend Garth Wakeford. 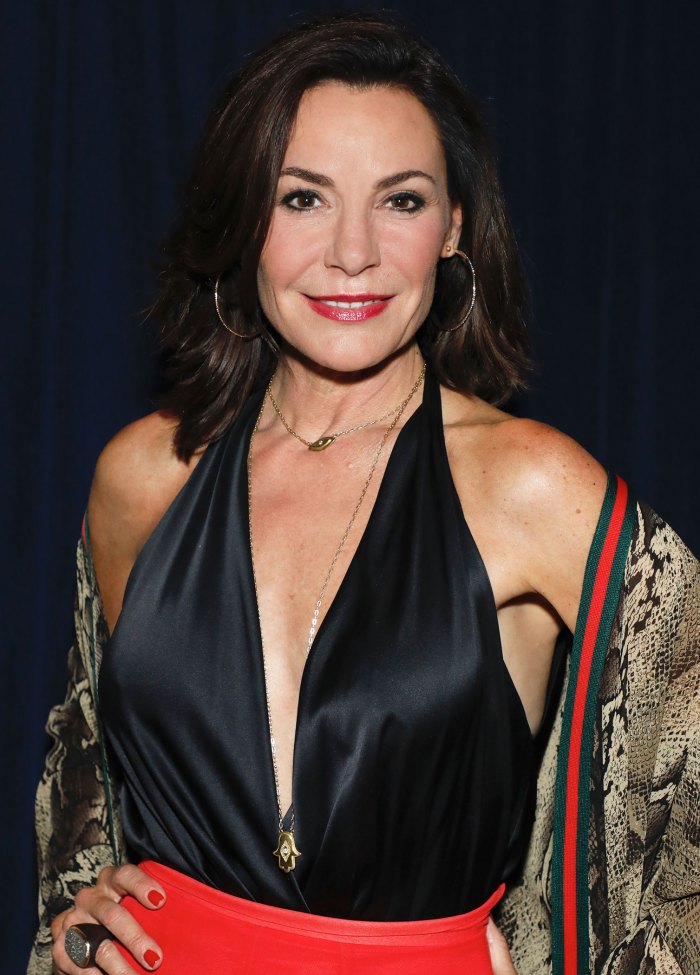 Castmate Ramona Singer, who’s currently enjoying the Miami weather, commented on de Lesseps racy and, quite frankly, interesting photo. “I think this photo was inspired by some thing I did for @rhonybravo @bravoandy @bravotv season 13 lol.” Bring on the drama!

Other fans are taking the opportunity to poke fun at the photo using some of the star’s iconic lines. One writes, “Money CAN buy you clay?.” Another chimes in with, “So be clay, don’t be all like unclay.”

Thankfully, it seems that the “Feeling Jovani” singer has been able to wash off her golden treatment. Earlier today, she posted another snap from her getaway, captioned “Yogitime?‍♀️ ?.” This time, enjoying some yoga. In the photo, de Lesseps appears to be zen, wearing Walker & Wade pants and white tank top.

Fellow ‘RHONY’ star Leah McSweeney hyped up de Lesseps in the comments. She writes, “You look HOT.”  McSweeney, 38, was also able to take a trip after wrapping up filming. The Married to the Mob designer is currently in South Beach with her daughter KiKi, 12.

The Bravo stars’ travels come after multiple claims that the casts’ actions were putting production in jeopardy amid COVID-19. In January, de Lesseps was spotting with a face mask at an indoor party. “I took the mask off for some photos,” the star told Page Six. “Knowing everyone had tested negative, I felt comfortable doing that.”

According to the outlet, production was also forced to shut down earlier that month after a cast member tested positive for the virus.

Season 13 of The Real Housewives of New York is likely being released sometime in April 2021. The season has been filmed without season 12 stars Dorinda Medley and Tinsley Mortimer.