AS the colder months loom ahead of us, people are already starting to think about their cosy winter wardrobes.

One product that has taken the internet by storm is a wearable blanket with a hood, which can now be purchased at Primark. 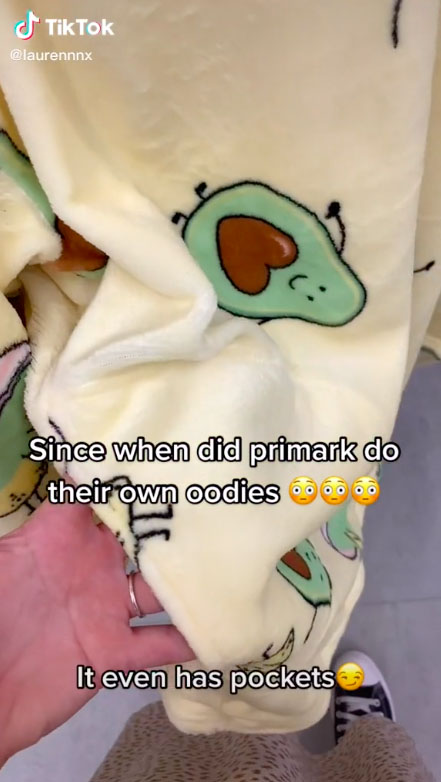 Shoppers are impressed by the fact that it even has pocketsCredit: TikTok/@laurennnx

While the clothing item originally rose to fame thanks to an Australian brand called The Oodie, Primark is selling its own version of the popular product for a fraction of the cost.

One eager shopper named Lauren shared a video of a yellow wearable fleece blanket – which has adorable cartoon avocados on it – to TikTok.

“Don’t walk, run to Primark,” they captioned the clip.

“For everyone asking in the comments, they are in Lakeside, Essex and are £18!”

On The Oodie website, they typically will set you back £84.

Lauren was impressed by the fact that it even has pockets.

The Primark version has already proven to be popular, as viewers expressed their love and need for it in the comments.

“Currently wearing this right now… I love,” one person wrote.

“I’m sat here in mine watching this. They’re sooo comfy I defo [sic] recommend!” said another.

“I want one now,” a third person wrote.

Another commenter revealed they’d been spotted at another location as well, saying: “I have that my friend gave it to me. They are in Basingstoke too.”

A woman also posted a photo to Facebook of another similar product from the fast-fashion retailer.

“Primark have Minnie Mouse snoodies – £15,” she wrote alongside a photo of coral coloured Mickey Mouse hoodie.

While this one looks to be made out of hoodie-like material, people are saying it is still nice and cosy.

“These are sooooo comfy I love mine,” one person wrote.

“My daughter got this and she loves it,” said another.

“Just got one they come really big and so comfy and soft,” a third person wrote.

A fourth person added: “I got one of these and I live in it it’s the comfiest thing I own especially seeing as I’m 21 weeks pregnant and notning else seems to fit me 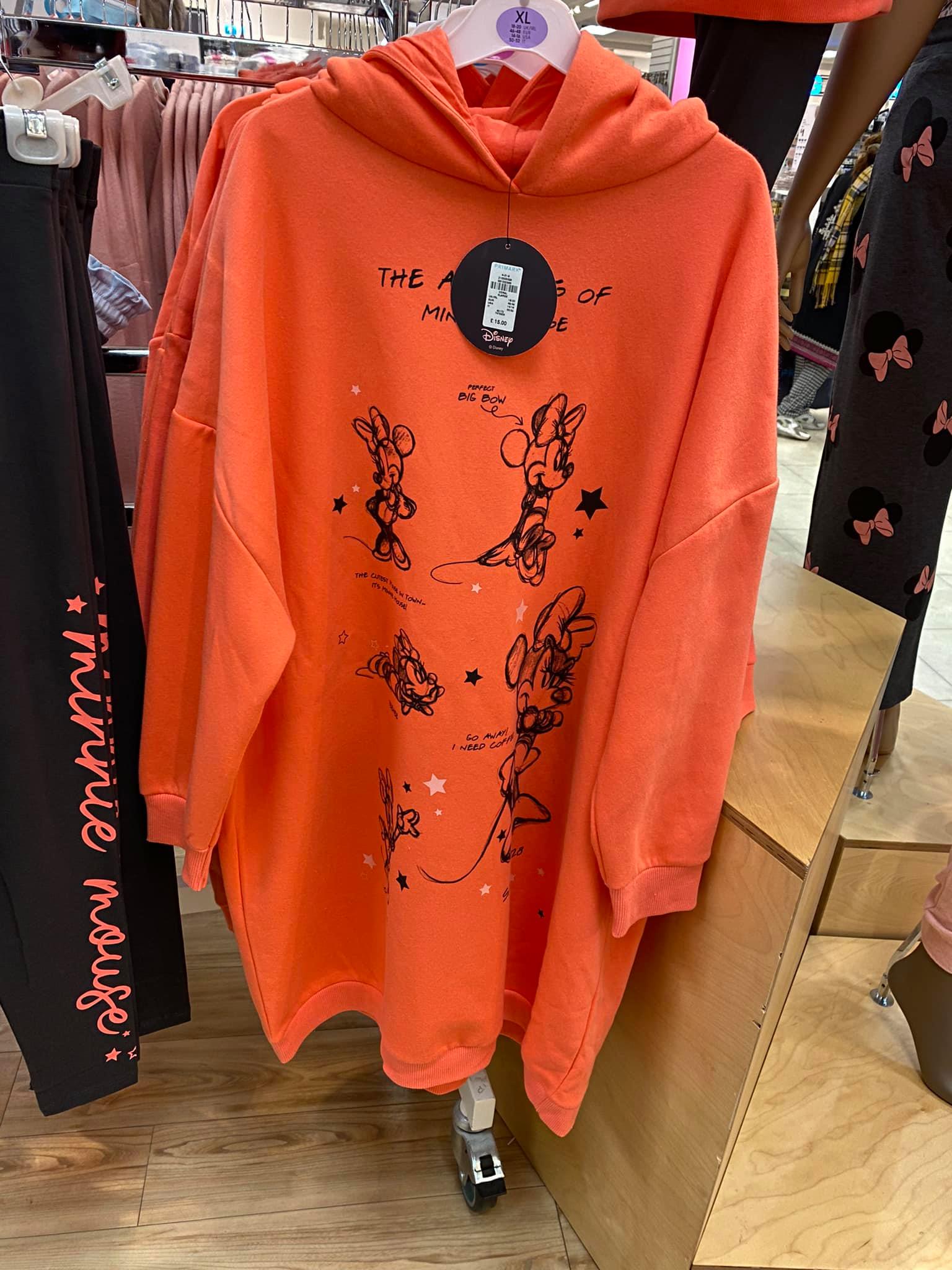 Plus mortified woman buys ‘classy’ PLT jumpsuit – then realises she’s had her bum out because it’s so transparent.

And woman tries on size 12 trousers from different shops and proves River Island and New Look are really NOT the same.