PRETTYLITTLETHING has denied claims it has a flea infestation at its warehouse after calling in pest control.

The brand called in exterminators after several customers complained that their packages arrived filled with bugs. 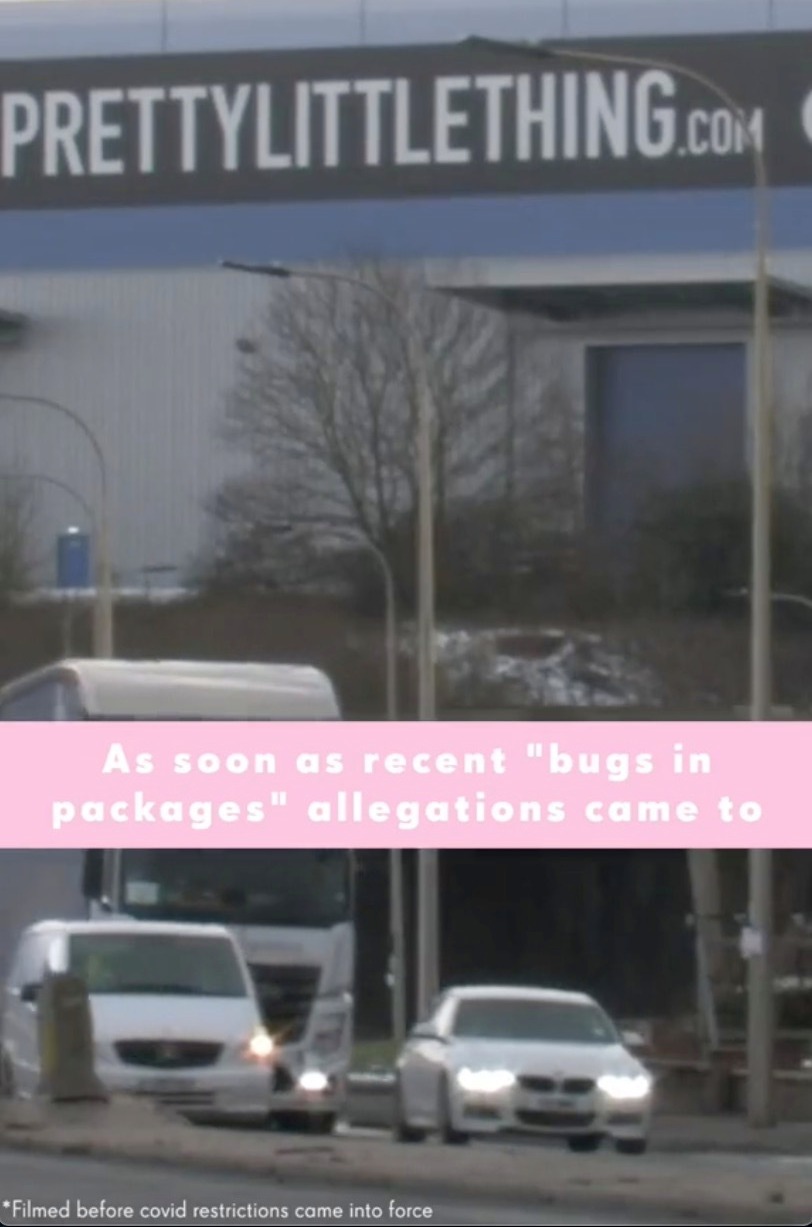 PrettyLittleThing has denied the existence of fleas in its warehouse

A spokesperson for PLT said: “As soon as recent ‘bugs in packages’ allegations came to light we immediately launched an investigation.

“This included an inspection by a 3rd party pest control review of our warehouse, we can confirm that we have found no evidence to support the claims being made.”

They added: “We are extremely proud of our warehouse and the teams who maintain them and we hope that the information provided has addressed the concerns that have been raised”

It comes as furious fashionistas took to social media to claim that there were bugs inside their orders. 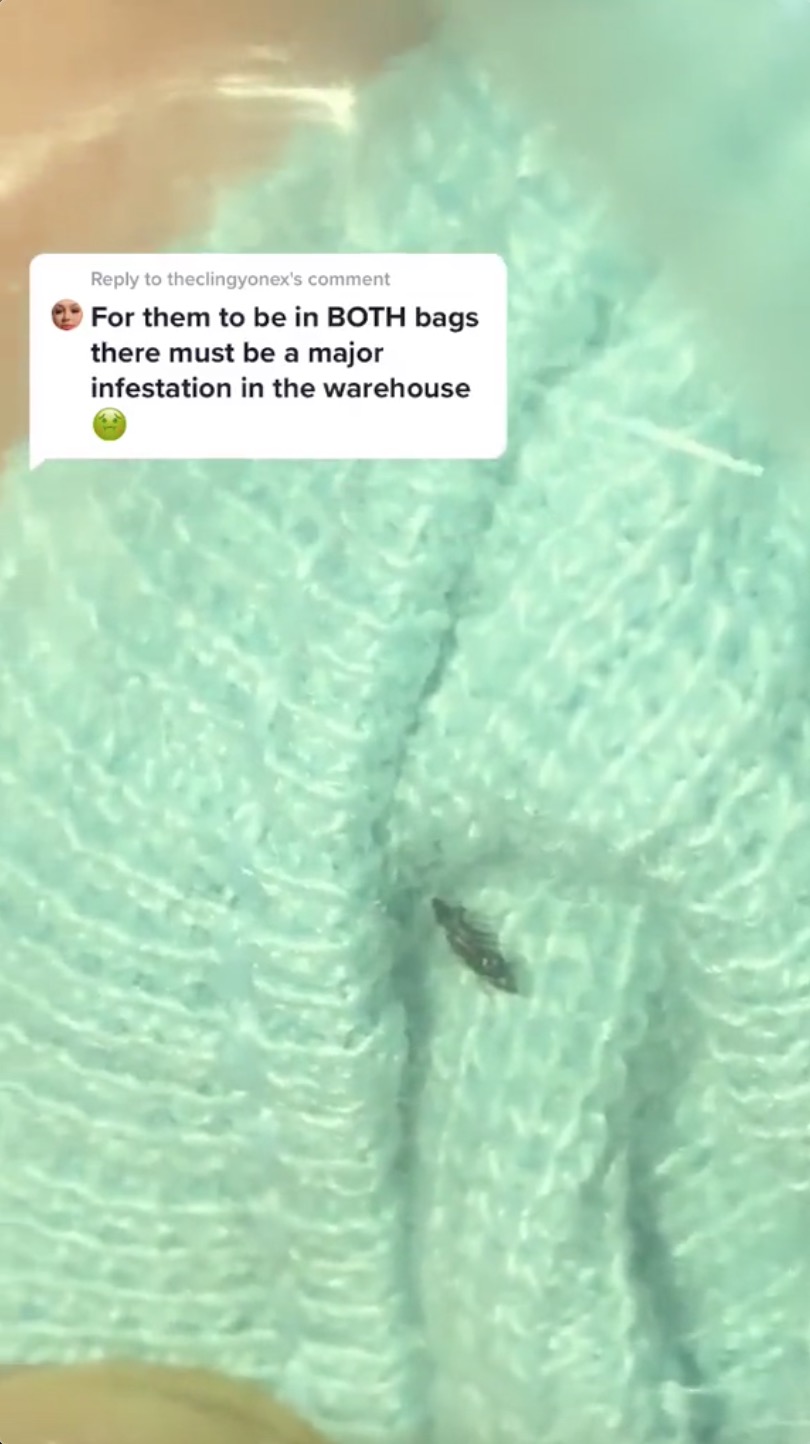 PrettyLittleThing has been forced to call pest control after customers complained bugs were in their packagesCredit: AsianPersuasianX1/TikTok

One customer Saf filmed her PrettyLittleThing package – which appeared to have fleas on it – while screaming.

And Arya Anderson uploaded a video claiming there were the tiny bugs in both of her parcels from the online retailer.

In the clip, an insect can be seen inside plastic packaging crawling on green clothes. 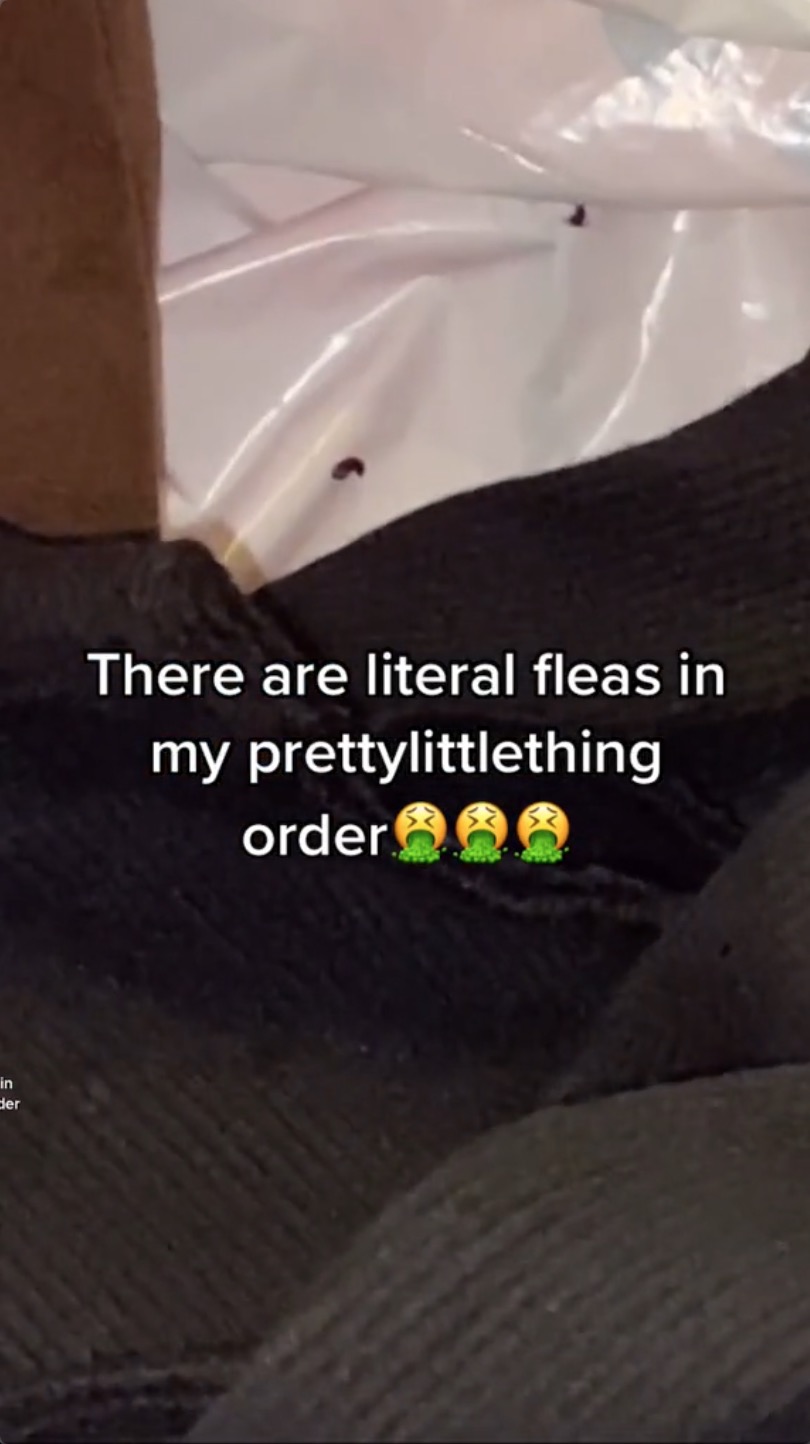 Customers are now “too scared” to order from PLT, despite the company claiming it found “no evidence” of pests at the warehouseCredit: Twitter

On social media, Brits said they were avoiding shopping at Pretty Little Thing out of fears over flea problems.

Camila Tavares said: “Too scared to order anything from PLT because I don’t want any pretty little fleas with my parcel.”

Amy Brett commented: “Love PLT but huns you can’t accuse all these people of putting fleas in their packages.”

Em Harwood posted: “Wanna order some flares from PLT but not tryna get fleas so i’m very scared.”

Ellie Sandall added: “Seen far too many fleas in PLT parcels on TikTok to make me never wanna buy from there again.”

The online retailer – which often gives out bumper deals to fans online – is a favourite among Instagram influencers and reality stars.

The company has attracted a massive following, with giveaways of £10,000 worth of clothes to one winner.

In other news, PrettyLittleThing shoppers were shocked when “fat b*****d” sizes appeared on its website.

And we shared how a woman ordered a PrettyLittleThing bikini but was horrified when it was so tiny it barely covered her privates.

We also shared how Fashion Nova shoppers were horrified by model’s titchy bikini bottoms & say they are so small they ‘should be censored’.

Woman shares PrettyLittleThing fail as dress gets stuck on her head