Inked for life! Halsey and boyfriend Alev Aydin secretly got matching tattoos months before they announced that they’re expecting a child together.

California-based tattoo artist Amanda Owley shared photos of the adorable matching tattoos back in June 2020. Both the “Without Me” singer, 26, and her beau, 37, got the word “Seeds” tattooed on their foot — Halsey’s is near her heel while Aydin got his across the top of his foot. 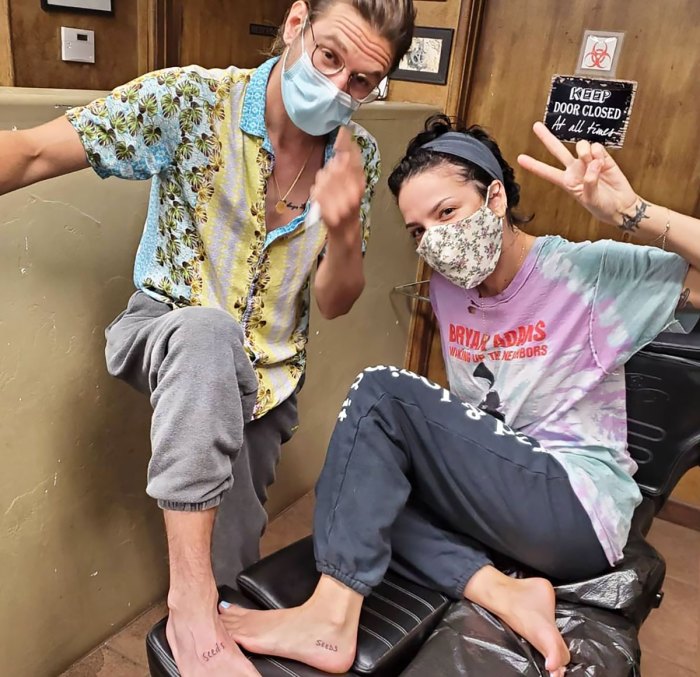 “Today I met the sweetest two people. Ashley and Alev. You may know her better as HALSEY @iamhalsey ‘Seeds’ is for planting seeds. She said this is cosmically the best week to plant seeds in your life. I agree,” Owley captioned the series of snaps.

Owley revealed that Halsey and Aydin got their ink in each other’s handwriting, making it all the more meaningful and adorable.

Fans flocked to the comments to share in the tattoo artist’s excitement. “I am so damn jealous right now!!” one fan wrote. Another, meanwhile, commented, “This is so cute!” A third follower wrote, “THE TATTOO IS SO BEAUTIFUL YES.” 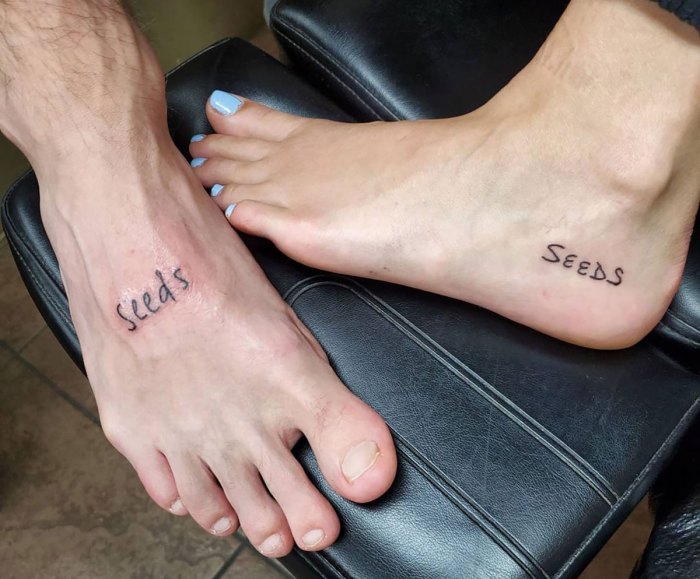 The New Jersey native announced her pregnancy on Wednesday, January 27, but teased the exciting news in the days leading up to it. During an appearance on The Kelly Clarkson Show one day before the announcement, The “Without Me” singer joked, “I can’t stop eating! I don’t know what’s gotten into me.” She also shared some cravings she’s been experiencing, revealing to viewers that she’s been “experimenting with different snacks” — including Oreos and peanut butter.

Halsey shared her pregnancy with fans via Instagram on Wednesday, posting a series of pics baring her growing belly in a bikini top and jeans.

“Surprise!” she captioned the sweet snaps. Aydin, for his part, commented, “Heart is so full. Love you, sweetness.” She replied, “I love you!!!!! And I love this mini human already!”

News of the Grammy nominee’s pregnancy comes five years after she suffered a miscarriage before playing a show. Halsey detailed the harrowing experience in 2016 while speaking with Rolling Stone. The musician said at the time, “It’s the angriest performance I’ve ever done in my life. That was the moment of my life where I thought to myself, ‘I don’t feel like a f–king human being anymore.’”

She paid homage to the baby she lost in her pregnancy announcement, adding an angel and rainbow emoji for her rainbow baby.

Listen to Get Tressed With Us to get the latest beauty and style news!

Tiger King’s Carole Baskin Launches ‘Are You Kitten Me’ Apparel

The rumours are true, low-rise jeans are back