The show was held at the Carreau du Temple, attended by “close friends” like Campbell, Tyler the Creator and Venus Williams, who gathered for the occasion to “celebrate his legacy,” per the fashion house.

But the 51-year-old supermodel didn’t only attend; she also got to work, surprising the crowd by closing out the Fall-Winter 2022 show — despite it being solely menswear-focused.

She managed to subtly ditch her front-row seat and rush backstage for a quick change before stepping out in a floor-length tailored men’s coat featuring what appears to be a diamond broach. She teamed the outerwear with a hat which she wore to the side and sneakers.

The Louis Vuitton ensemble she debuted to sit in the front row was equally as iconic. The Empire star stunned in a tan and white shirt shirt dress teamed with matching trousers. She accessorized the statement number with oversized sunglasses, layered gold necklaces and white boots.

Of course, this isn’t Campbell’s first time walking for Abloh, but it is her first time doing so since his passing. Abloh died on November 28, 2021, after a private two-year battle with cancer. He was 41. 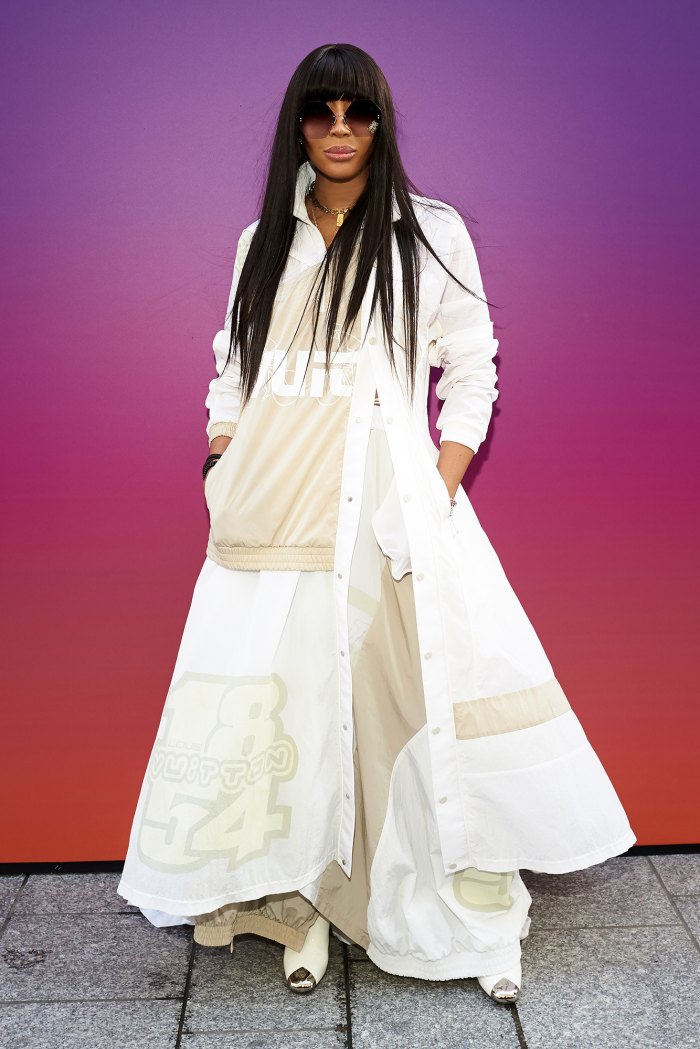 Campbell — who was a close friend of the designer for years — shared several tributes to the late designer in the wake of his death. One read: “Today is not the end, it’s the beginning of your beautiful and young legacy. “You always said you were an engineer and Architect can’t wait to see what you have in store for the world. This side and the other.”

This is the second Louis Vuitton show to take place following Abloh’s passing. The label also held a tribute show on November 30 “per his wishes” at Miami Art Basel that showcased his Spring-Summer 2022 collection.

The Off-White founder and CEO was named the French fashion house’s first Black artistic director in 2018. “I feel elated,” he told The New York Times in line with the announcement. “This opportunity to think through what the next chapter of design and luxury will mean at a brand that represents the pinnacle of luxury was always a goal in my wildest dreams.”

He continued: “And to show a younger generation that there is no one way anyone in this kind of position has to look is a fantastically modern spirit in which to start.”