Megan Fox is a fashion risk-taker. The actress nearly avoided a wardrobe malfunction in a pair of lace-up pants.

The Transformers star, 36, showed off the look via Instagram on Tuesday, September 27, and it was almost too hot to handle. She nearly bared all in the green crocodile-embossed bottoms that featured daring cutouts at her upper thigh, forcing the movie star to go without underwear. The piece — by Kim Shui — was finalized with a flared hem. Fox paired the bold pants with a gray tank top and a shaggy red and blue flannel. She accessorized with a cherry-colored fur bucket hat and wore yellow pumps from Paris Texas on her feet. 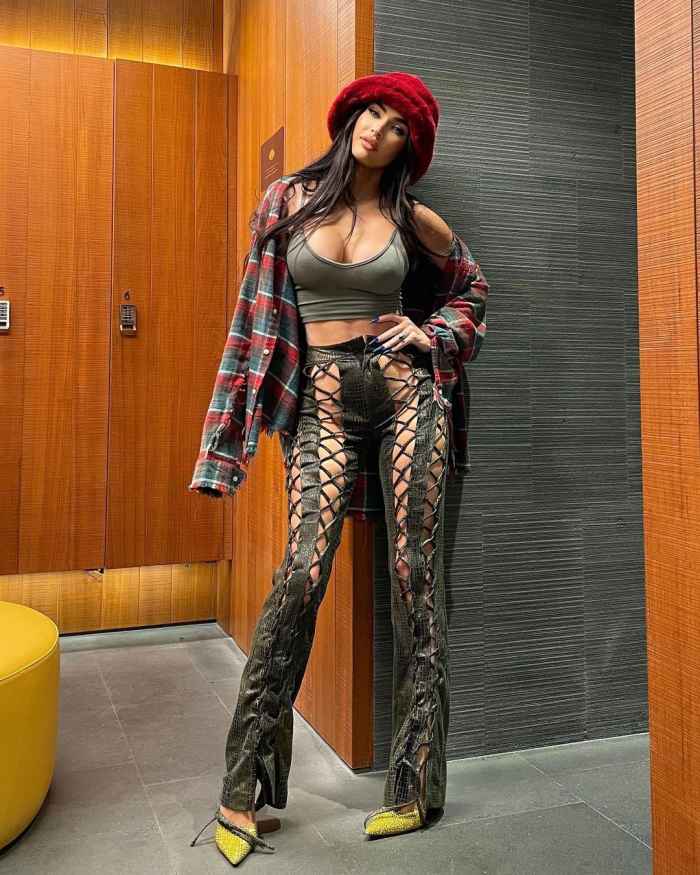 Fox sported the ensemble for a date night with fiancé Machine Gun Kelly in Italy during Milan Fashion Week.

“Guys, you don’t understand it’s just like … really hard when the only thing ever notices about you is how smart you are,” she captioned the social media post, prompting praise from fans. Her stylist, Maeve Reilly, commented: “I love you madly.”

The fashion guru, 35, has worked together with Fox on some of the Till Death star’s best and boldest looks. In July, the Tennessee native looked like a glamorous highlighter in Jacquemus. She was photographed out and about in Los Angeles, wearing a neon halter top and coordinating tailored trousers. She completed the look with tan platform pumps and a lime green clutch.

Reilly was also the genius behind the plunging black David Koma gown Fox wore to the Billboard Music Awards in May. The glamorous number featured a high slit and gloved sleeves that were adorned with crystals. The Confessions of a Teenage Drama Queen actress also debuted blunt bangs. That night, Kelly, 32, matched his fiancée, sporting a spiked Dolce & Gabbana suit and a metallic manicure. (The couple got engaged on January 11.)

“I’ve always been interested in fashion,” the style expert told Fashionista in 2021. “One of my first jobs was in retail when I was 16, and I didn’t really know where I would land. This was way before social media — we’re talking 20 years ago, before people were really talking about this profession, before Rachel Zoe. Really, the only memory I have is Pat Fields and Sex and the City and just being so inspired by how clothing was a character on that show.” 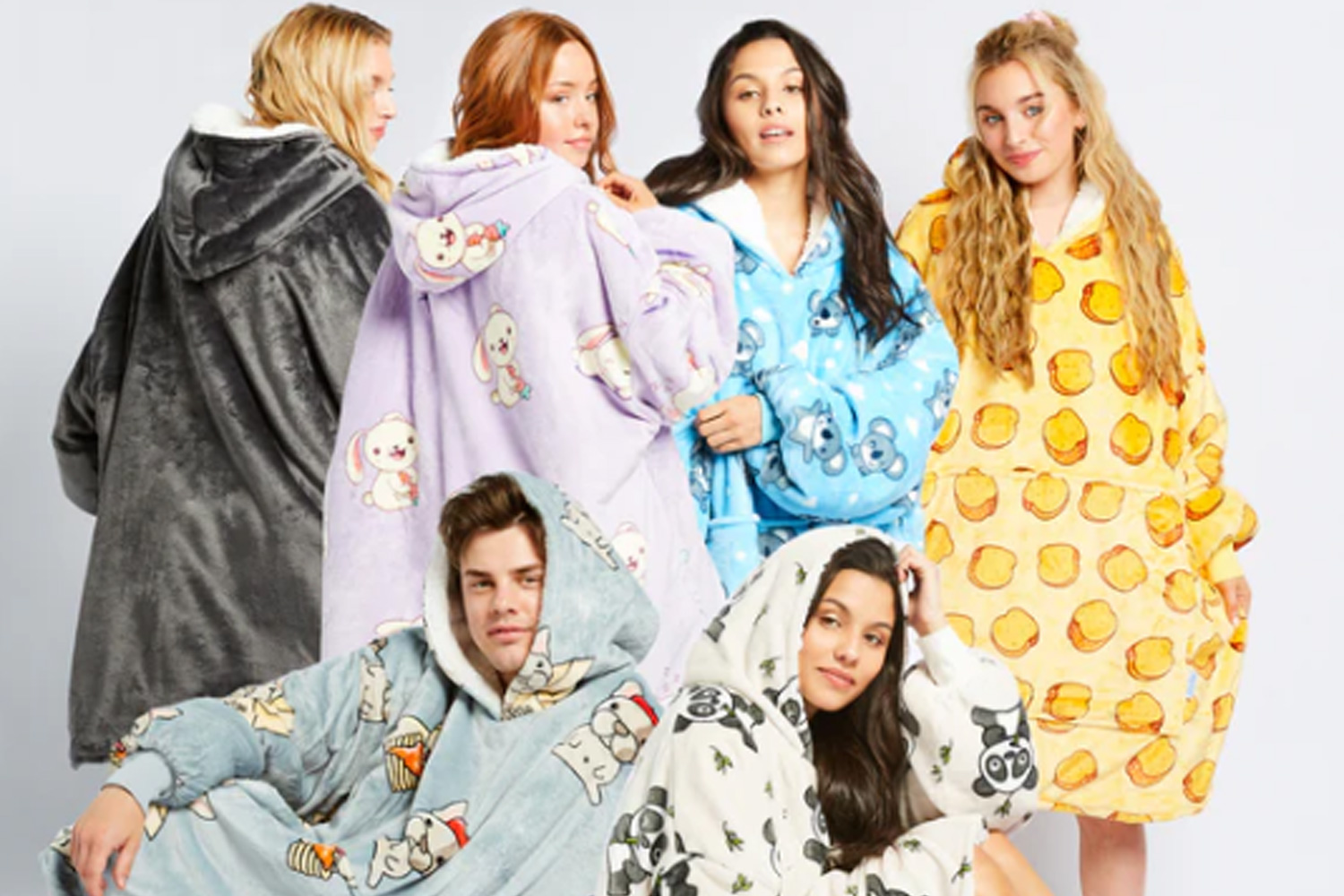 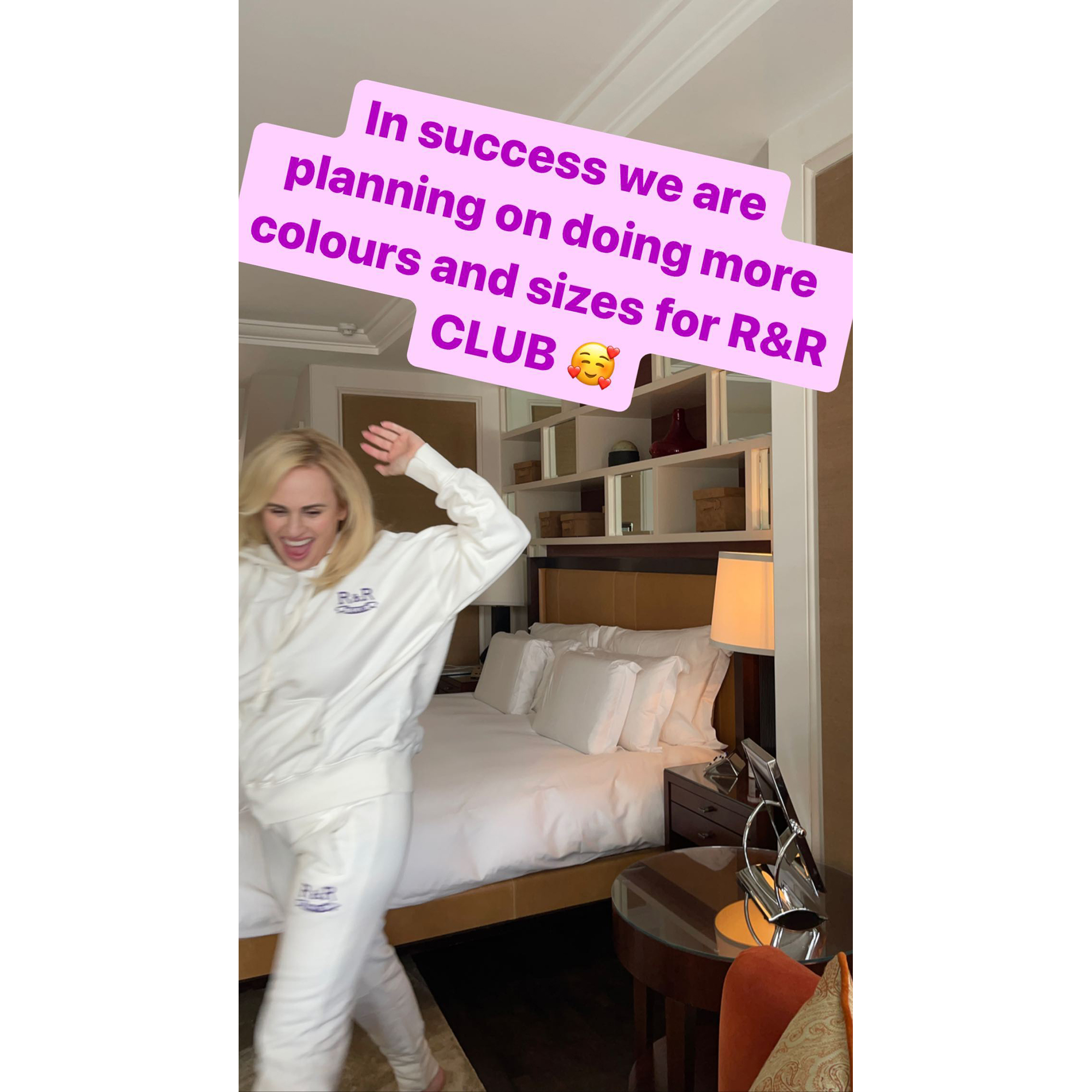 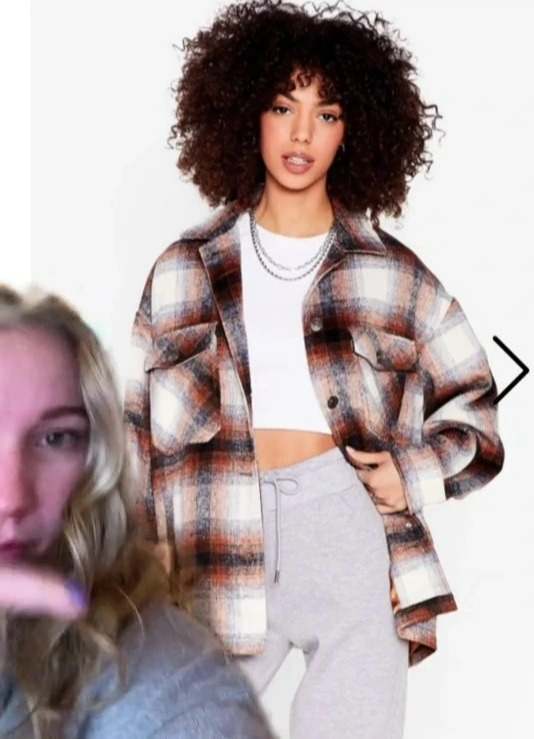 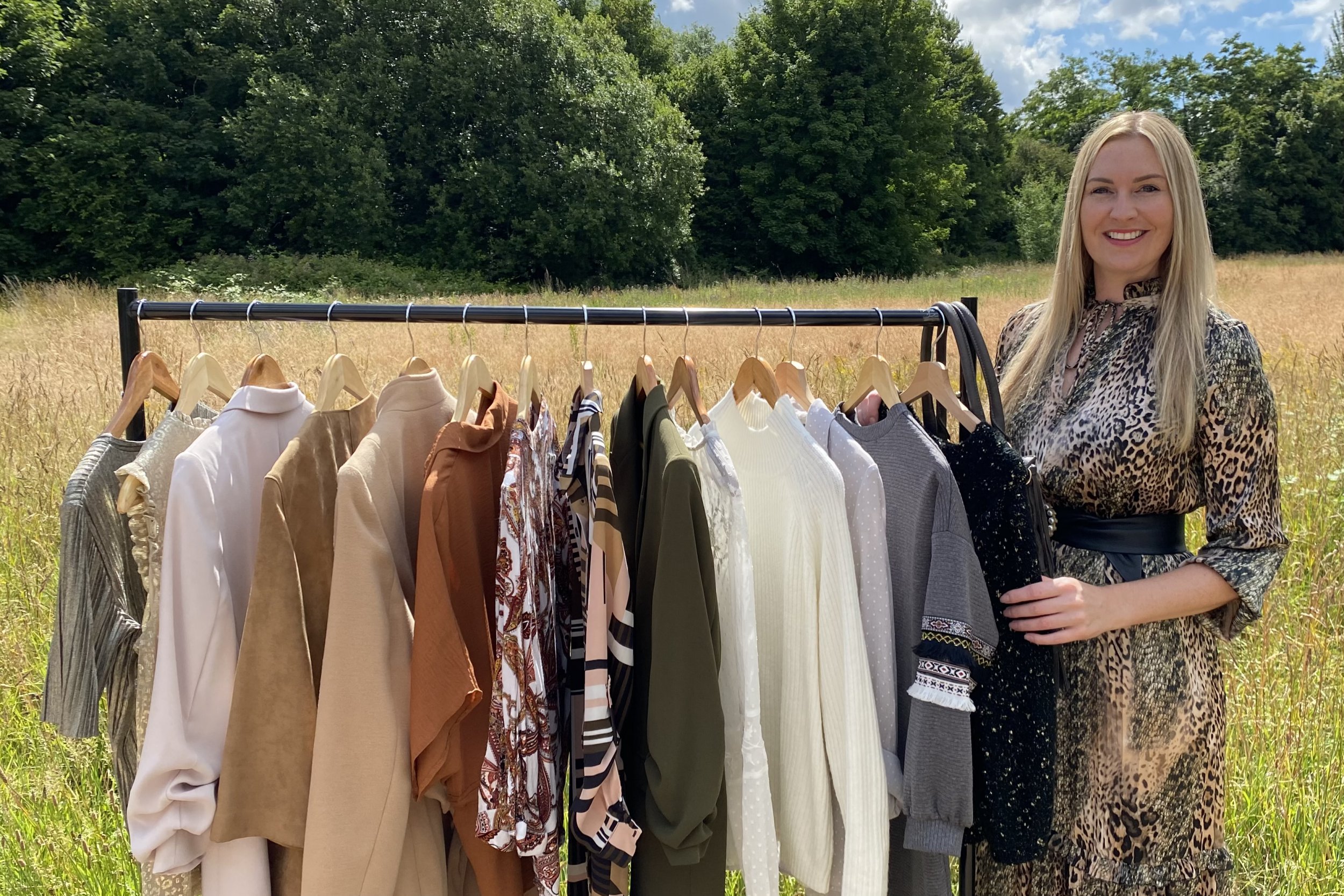 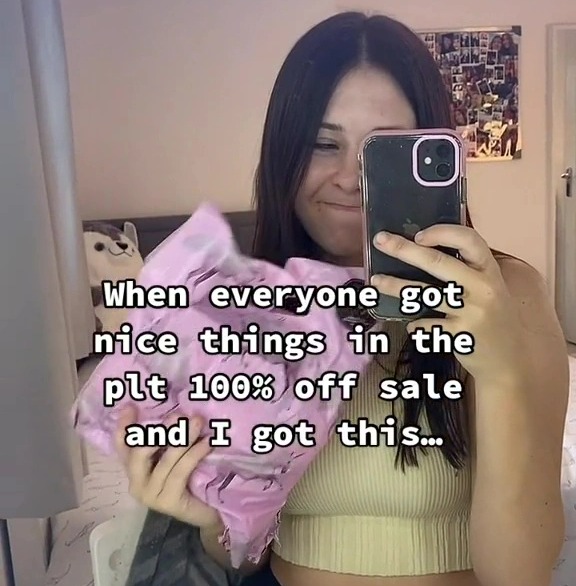 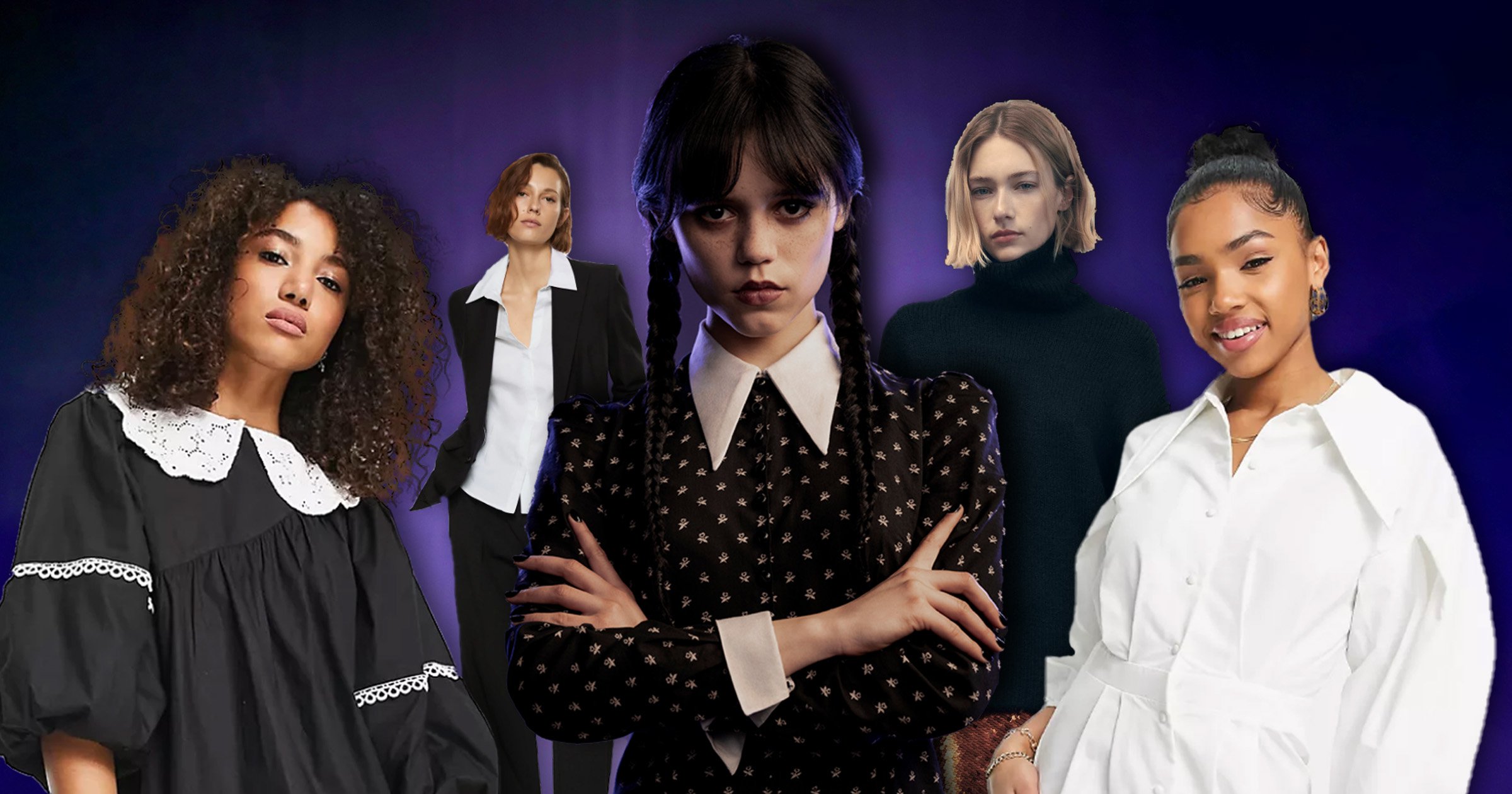