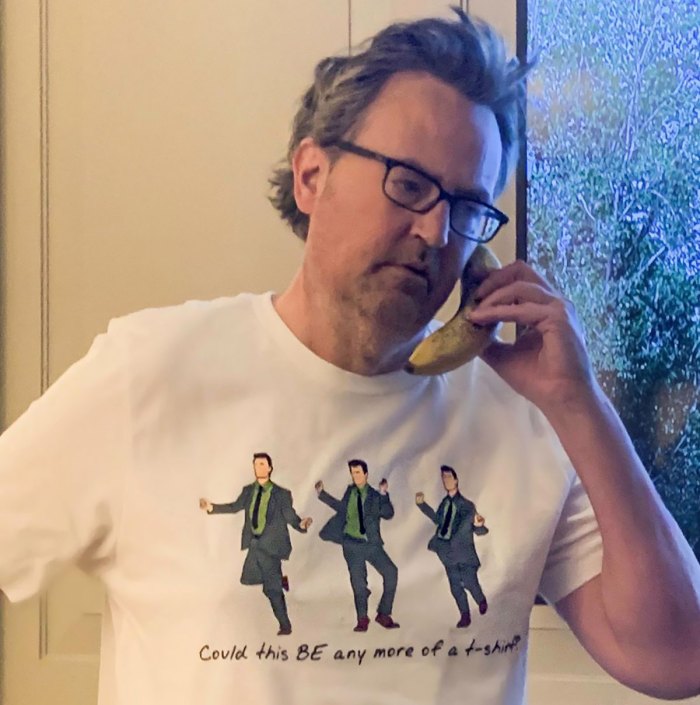 On Friday, December 4, the 51-year-old actor took to Instagram to promote his new apparel line. Holding a banana like a telephone, the Friends alum rocks a T-shirt featuring his iconic character Chandler Bing. Underneath a dancing Chandler in a ‘90s-era suit reads, “could this BE anymore of a t-shirt.”

He maintains his character’s dialect in the caption, writing, “What is this, a limited-edition t-shirt for charity?” He continued that this apparel collection will be available for two weeks only and all proceeds are supporting World Health Organization’s COVID 19 relief efforts. Then he noted, “Banana not included.”

Filled with all kinds of Matthew Perry merch, the collection includes $27 tees, $45 hoodies, $15 mugs and baseball hats for $22. Not only is it for a good cause, but these limited-edition buys make for a great holiday gift for any Friends fanatics in your life.

The actor continued to promote these goodies via Instagram on Saturday and Sunday, November 5 and 6, showcasing a snap of his fiancee Molly Hurwitz modeling the hat and another T-shirt. In fact, this is the first time the 17 Again star has ever shared a pic of Hurwitz. 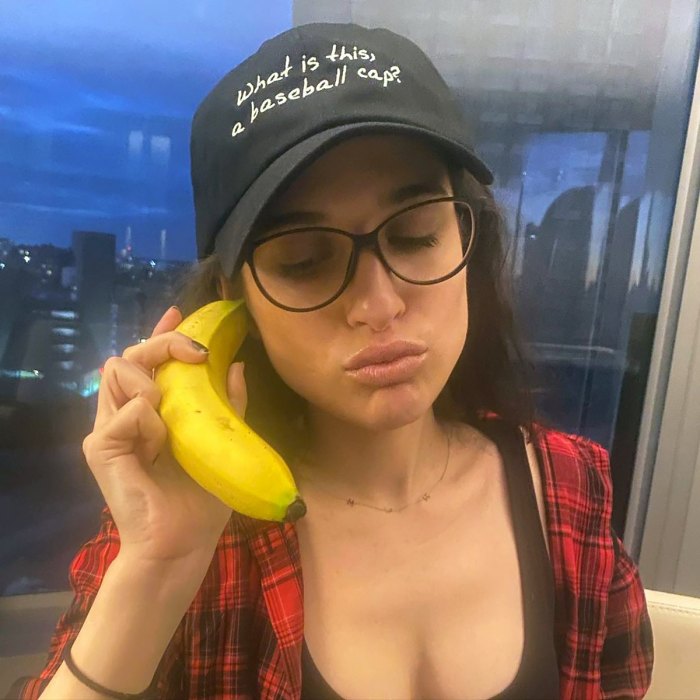 “You don’t have to pose this way while wearing the shirt, but please feel free,” he captioned Saturday’s snap featuring the 29-year-old holding her long dark locks up. In Sunday’s post, she took a note from Perry’s book, holding up a banana like a phone wearing a black baseball cap. “Hats?!? Banana still not included,” he wrote in the accompanying caption.

Perry revealed in November that he had proposed to Hurwitz after less than a year of dating. “I decided to get engaged,” he told People on November 26. “Luckily, I happened to be dating the greatest woman on the face of the planet at this time.”

After Us Weekly broke the news in January that the two were dating, a source later revealed that the talent manager had a positive impact on his life.

“His inner circle have wanted to see him settle down for a long time, especially [former Friends costar] Courteney Cox, and they hope him and Molly go the distance,” the insider said. “Molly prefers nights in his private cinema watching films and eating home-cooked meals than going out. She brought him to a place where he’s positive and confident. Nobody can remember seeing him this happy. He’s got a spring in his step that wasn’t there before.”

Sexy, romantic and plus size ideas for the woman in your life