Kim Kardashian is at the center of controversy once again over Marilyn Monroe‘s iconic “Happy Birthday, Mr. President” dress. A collector is claiming the gown has sustained significant damage after the reality star wore the number to the 2022 Met Gala last month.

On Monday, June 13, Scott Fortner posted what he says are before and after photos of the jeweled Bob Mackie design via Instagram. In the after shot, which Fortner claimed was captured on June 12, the dress appears to be missing crystals and seems to be tearing at the zipper. In the caption of the social media post, the art historian wrote: “Was it worth it?” tagging Ripley’s Believe It or Not! — the gallery the dress had been housed in since 2016. (Us Weekly has reached out to Ripley’s and Kardashian’s rep for comment.) 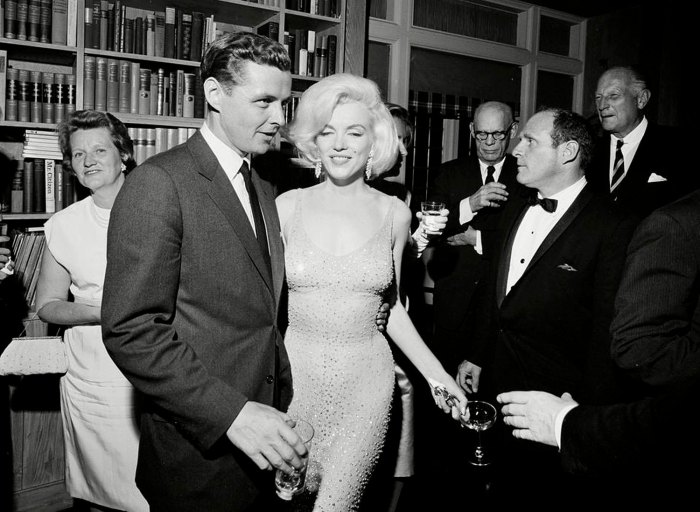 After the Met Gala, which took place on May 2, Ripley’s released a statement, revealing that no alterations had been made to the dress and that Kardashian, 41, had changed into a replica after wearing the number on the red carpet.

“Great care was taken to preserve this piece of pop culture history.” The center continued: “With input from garment conservationists, appraisers and archivists, the garment’s condition was top priority. Believe It or Not! No alterations were to be made to the dress and Kim even changed into a replica after the red carpet.”

Ripley’s further addressed the issue in a statement released on May 5, per the Daily Beast. “We basically had many conversations with Kim and her team and put a lot of requirements in place with security and with the handling of the dress,” Amanda Joiner, Vice President of licensing and publishing at Ripley’s, said. “The dress was never with Kim alone. It was always with a Ripley’s representative. We always ensured that at any time we felt that the dress was in danger or ripping or we felt uncomfortable about anything, we always had the ability to be able to say we were not going to continue with this.” 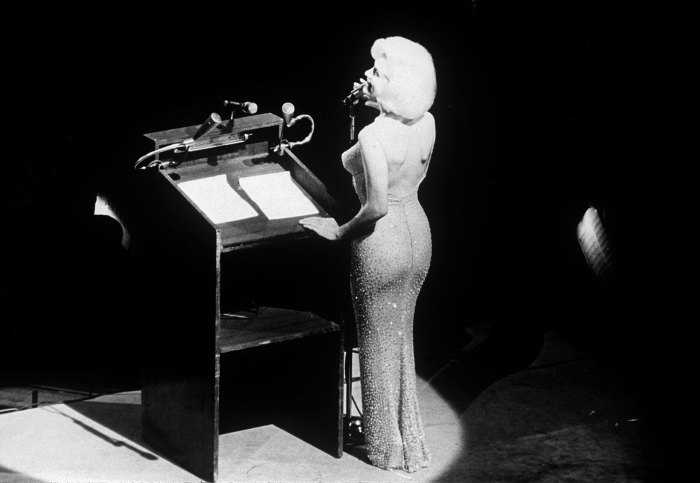 Kardashian also expressed an understanding of the dress’ importance. “I’m extremely respectful to the dress and what it means to American history. I would never want to sit in it or eat in it or have any risk of any damage to it and I won’t be wearing the kind of body makeup I usually do,” the Skims founder told Vogue in an interview published on May 2.

Because the dress could not be altered, the reality star went on an extreme diet. “I would wear a sauna suit twice a day, run on the treadmill, completely cut out all sugar and all carbs, and just eat the cleanest veggies and protein … I didn’t starve myself, but I was so strict,” she told Vogue.

In a different interview with the fashion magazine, the Selfish author revealed she had to “lose 16 pounds … to be able to fit” the design.

Like Fortner, Mackie expressed disappointment in Ripley’s decision to let Kardashian wear the look. “I thought it was a big mistake,” the designer told Entertainment Weekly last month. “[Marilyn] was a goddess. A crazy goddess, but a goddess. She was just fabulous. Nobody photographs like that. And it was done for her. It was designed for her. Nobody else should be seen in that dress.”

Prior to Kardashian’s Met moment, the dress, which Monroe wore in 1962 to serene then-President John F. Kennedy, was kept in a dark, temperature-controlled room. Ripley’s acquired the gown for $4.8 million.

How to wear the ‘constellation’ earring trend