Kim Kardashian has been open about struggling to find her own style following her split from Kanye West — but it’s hard to believe she ever struggles to find something to wear.

During the Thursday, May 26, episode of The Kardashians, fans get a peek inside the 41-year-old’s storage unit — and her “thousands of clothes” from years past.

“I’m on this really fun journey of just trying to figure out what my new kind of fashion era is going to be,” she told the cameras. “I’m just hoping, honestly, to find a little bit of inspo today because I have so much stuff and I’ve had so many different fashion eras. I love seeing all this stuff. So I just want to see kind of where I’ve been and where I want to go. … I think I have, like, 30,000 pieces.”

Earlier in the season, Kim, who is now dating Pete Davidson, got candid about how her divorce has affected her sense of self and style. The reality star filed for divorce from the rapper, with whom she shares four kids, in February 2021.

“When it comes to my style — I mean, I’ve always had Kanye there as, like, this crutch to teach me so much about fashion,” Kim explained on Thursday’s episode. “And having that not be there as my crutch to, like, guide me, has really forced me to figure it out on my own.”

Fans may recall the Grammy winner cleaning out Kim’s closet when they first started dating, but she confirmed on Thursday’s episode that she kept those clothes — and everything she’s ever worn.

“The status of my relationship with Kanye hasn’t really been clear to people because I was trying to figure it out too,” she said during a confessional interview. “And I’m ready to move on. But I think for so long, always depending on someone else, I forgot that I have an opinion too. And I forgot that I can make decisions too.”

Kim also revealed that she has a sharp memory when it comes to her former outfits.

“Every time I look at something, it’s just, like, a memory,” she said, going through her storage unit and identifying where she previously rocked the outfit.

Hulu drops new episodes of The Kardashians every Thursday. 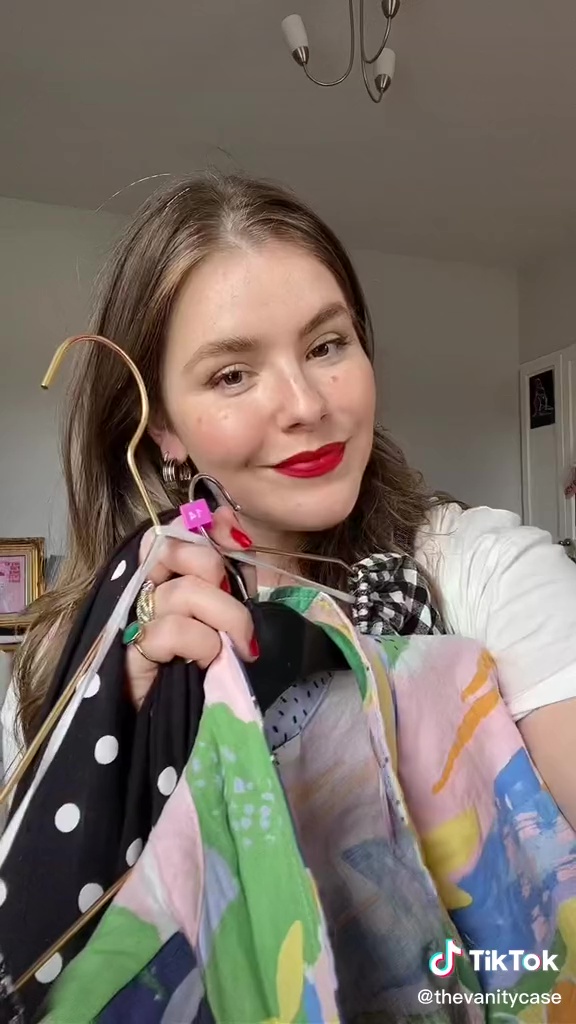 I’m a size 16 and picked up the perfect light trousers for summer from Tesco, they’re so flattering

I’m size XXL and my friend’s an XS – we tried on the same clothes from Zara, but I couldn’t even do some of them up