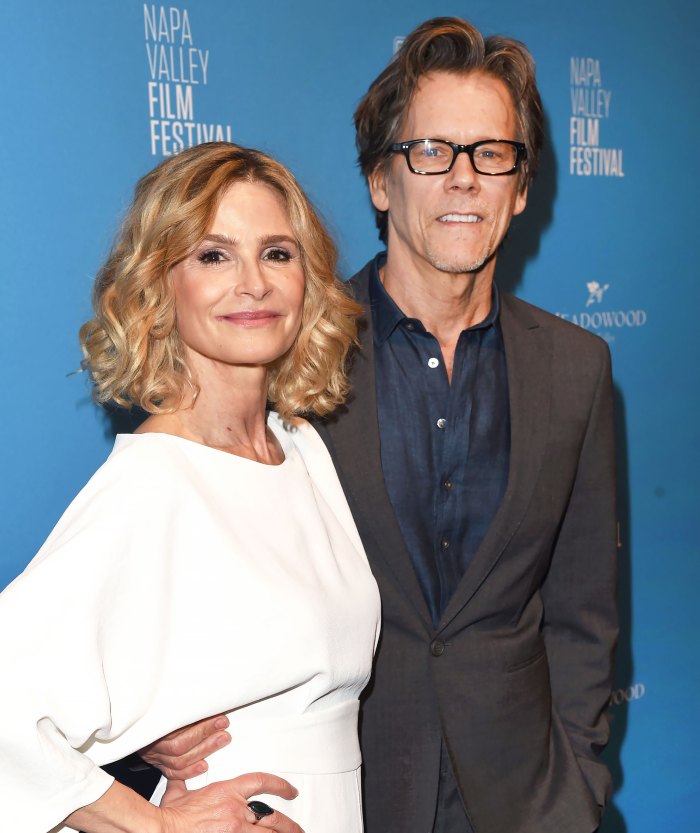 On Tuesday, January 12, Sedgwick, 55, virtually stopped by Jimmy Kimmel Live, where she spoke about her and her husband’s time together in lockdown amid the coronavirus pandemic. She revealed that the Footloose star, 62, helped her out with a little at-home grooming.

“It became clear at one point to me, to both of us, that I needed a bikini- line wax,” the actress said to the host. “Part of me was like, ‘How hard could it be?’ You know, I’ve watched these amazing ladies do it all these years, and like, I’ve always really appreciated them and appreciated their attention to detail, but I didn’t really think it would be that hard.”

She added, “Kevin, is like, incredibly handy. Like he’s really good with a lot of things… So we both figured, ‘How hard could it be?’” We believe that’s what one might call famous last words.

“I’m not saying it was a disaster,” she recalled. “But the fact that we did not have to go to the emergency room was just an absolute miracle.” Enough said!

Meanwhile, back in April Kate Hudson told Andy Cohen that she’s basically an at-home waxing pro. “I wax myself,” she said during an episode of Watch What Happens Live. “I can wax myself. I mastered it.”

When the Bravo host asked if she “enjoys the process,” she replied, “It’s not about enjoying it. I just … I enjoy the aftermath of it.” Fair enough!

Her “Sibling Rivalry” podcast co-host and brother Oliver has also talked about his love of Brazilian waxes. In 2018, the actor shared his positive experience on WWHL. “The benefits of the wax were so great,” he said. “It was nice. Things were happening that were really exciting and fun. You take a pee and it was like, oh yeah, everything looks nice and clean.” However, in April 2020, after a fan asked if he “still waxes his junk,” he confirmed that he does not.

“No, I haven’t done that in a long time, but I do shave and I put a razor on it,” he explained. “By the way, it’s not as bad as people may think. You know what I mean?”

We think Bachelor Nation stars Tyler Cameron and Matt James might disagree with Oliver there! After all, the duo appeared in a hilarious 10-minute video where they got bikini waxes and they seemed to be in a lot of pain.

This Is Officially the New “Everyday” Jewelry Look of 2021

Crocs are no longer a house shoe, they are now a fashion statement