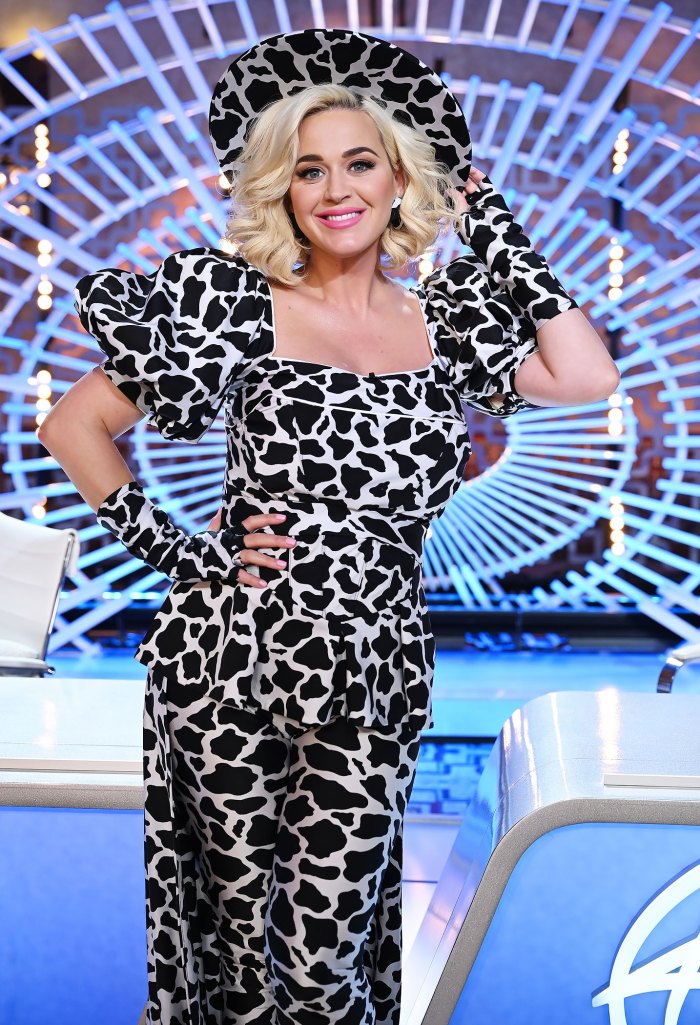 Katy Perry is serving mommy realness! The singer has traded in her cupcake bra circa the “California Gurls” era for some more practical undergarments that are helping her through the day-to-day as a new mom. And during the Sunday, March 14 episode of American Idol, the 36-year-old decided to flash those very undergarments, namely her nude nursing bra, to the world.

In typical pop star fashion, the 36-year-old judge disguised her breastfeeding bra under an uber-chic two-piece Christian Siriano cow print set which featured puff sleeves and was paired with a wide-brimmed hat.

Knowing that Perry would need to take breaks to breastfeed her 6-month-old daughter Daisy Dove Bloom, whom she shares with husband Orlando Bloom, the customized designed featured an easy-access zipper panel to help facilitate her breastfeeding needs.

In a clip from the episode, we see a glimpse at how the whole flashing-a-nursing-bra-on-nation-television went down.

“Mommy dearest is in the room right now. You need to show and tell,” Lionel Richie says to Perry.

The “Daisies” singer responds, “That right! And if I need to feed, I’m ready to go!” Without further ado, she unabashedly flashes her nude nursing bra and in same breath shouts, “Cue the mom-tage.”

In the voice over video, which was produced with a Hangover theme, Perry gives kudos to her American Idol costars for being “so great and so supportive.”

Pan to Lionel, 71, Ryan Seacrest, 46, and Luke Bryan, 44, carrying baby dolls and diaper bags strapped to their chests, and it’s clear the new mom has a pretty stellar support system of famous singers.

It appears that Perry hinted that her dress has a built-in nursing bra back in October 2020, but it’s safe to say no one knew the full extent the design — or that it would be on full display in an American Idol episode. She captioned the post, “MUTHA MILKS is back to werk @americanidol and it’s ?udderly? ridiculously MOO-ving already! ? Not pictured: my pumping breaks ? (shout out to @csiriano for the incredible custom costume ??✨.”

This isn’t the first time the pop star has been open about her postpartum journey. She shared a snap on Instagram Stories just 4 days after giving birth to display the realities of motherhood. “Hair n makeup by @exhaustion,” she captioned the picture of herself wearing a nursing bra and postpartum underwear.

Perry and Bloom welcome their daughter to the world on Thursday, August 27, 2021.

These Are the 10 Biggest Fall/Winter Fashion Trends for 2021