According to Julia Fox, Kanye West is a makeup mastermind. Because apparently the 44-year-old rapper is the brains behind her wild black eye makeup at Paris Fashion Week.

Since making her red carpet debut with West at the Kenzo fashion show on Sunday, January 23, the 31-year-old actress has been sporting some fairly controversial shadow that resembles that of Natalie Portman in The Black Swan.

And while social media has been filled with memes stating that the glam is a “nightmare” and looks straight out of a scene from Dark Night Rises, she’s made it clear that she’s all about the vibe West created. 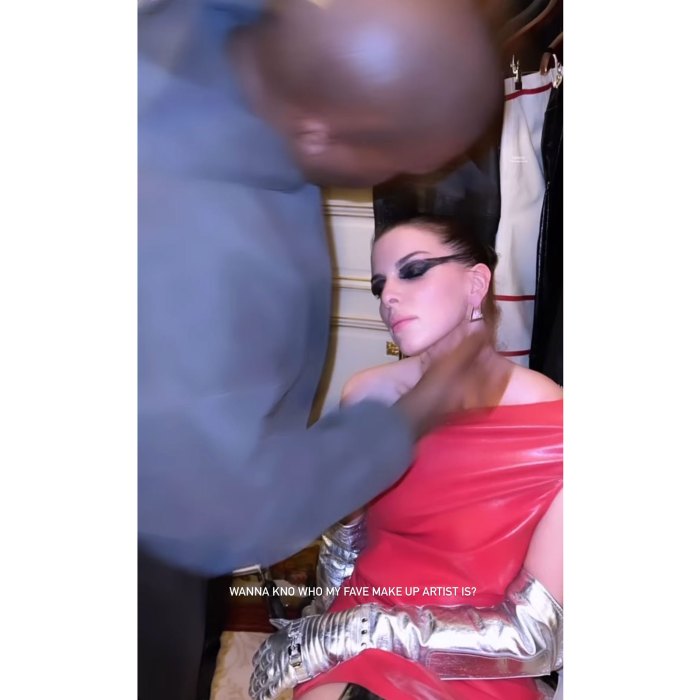 “Wanna know who my fave makeup artist is?” the Uncut Gems star captioned a Monday, January 24, Instagram Story that showed West taking his finger to smudge out her eye makeup. Because yes, the Donda rapper is apparently adding makeup guru to his lengthy resume.

Unsurprisingly, Twitter went into a tizzy thanks to this tidbit of information. “You think Kanye just watched Black Swan for the first time or what’s going on with Julia Fox’s eye makeup,” a user questioned, while another joked, “I bet Kanye wanted Kim [Kardashian] to do those blacked out eye makeup looks that Julia Fox is wearing but Mario [Dedivanovic] refused.” 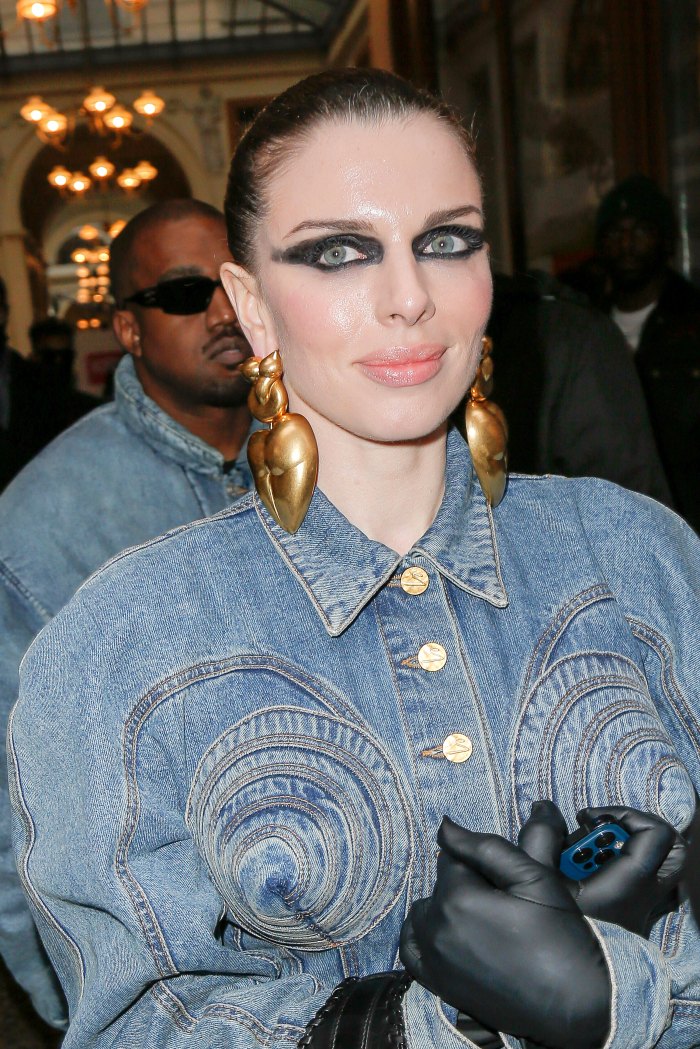 While the father of four may be responsible Fox’s night out glam, makeup artist Daniel Kolarick stepped in to give the look a cleaner cut in advance of the Schiaparelli fashion show.

To get the look, he employed a full lineup of Pat McGrath products, including the Mothership I: Subliminal Palette in shade Xtreme Black, the Perma Precision Liquid Eyeliner and Fetisheyes Mascara.

The eye makeup may be the talk of the beauty world, but West and Fox have been shaking up the style space during their getaway just the same.

Upon arriving in the City of Love, the pair stepped out in matching Canadian Tuxedos. Fox rocked a Schiaparelli look, while West reached for his go-to: Balenciaga. They continued their color-coordination with matching leather looks at the Schiaparelli fashion show.

It shouldn’t come as a surprise that West is creative directing their outfits for Paris outings, as the fashion designer has been wooing the actress with clothes since their second date. 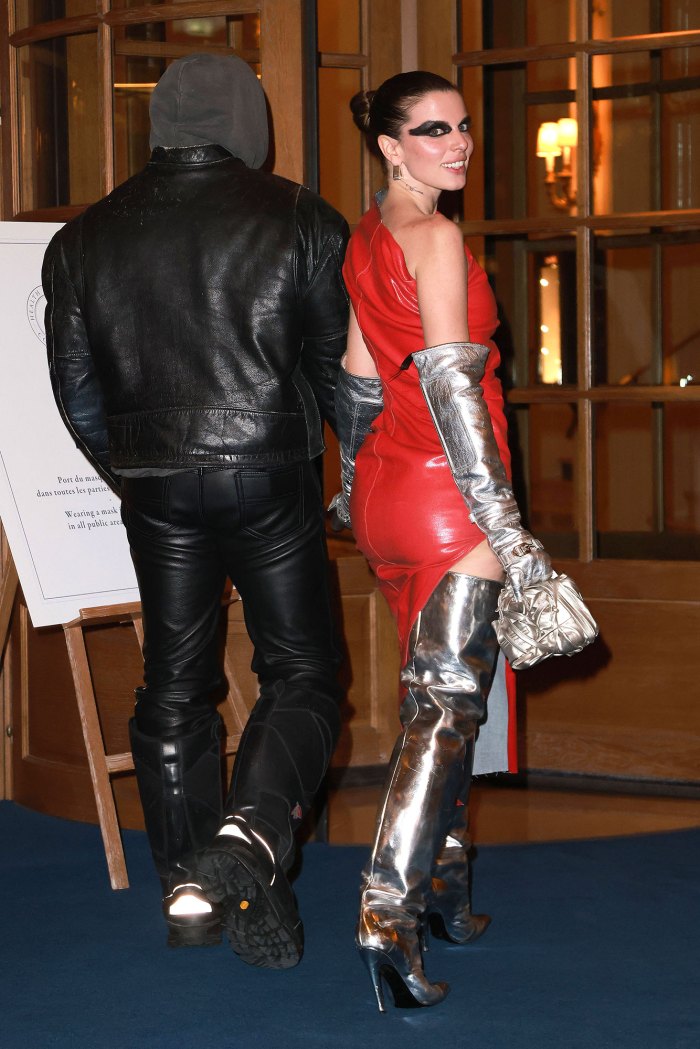 Before heading out in NYC, the Yeezy founder had a “suite full of clothes” waiting for Fox. “It was every girl’s dream come true,” the star said in a letter penned for Interview Magazine.

I’m a mid-size girl with big boobs, I’ve found the perfect dress which flatters my body AND still looks hot

I’ve got a big bum and I always have the same problem with trousers, it drives me mad