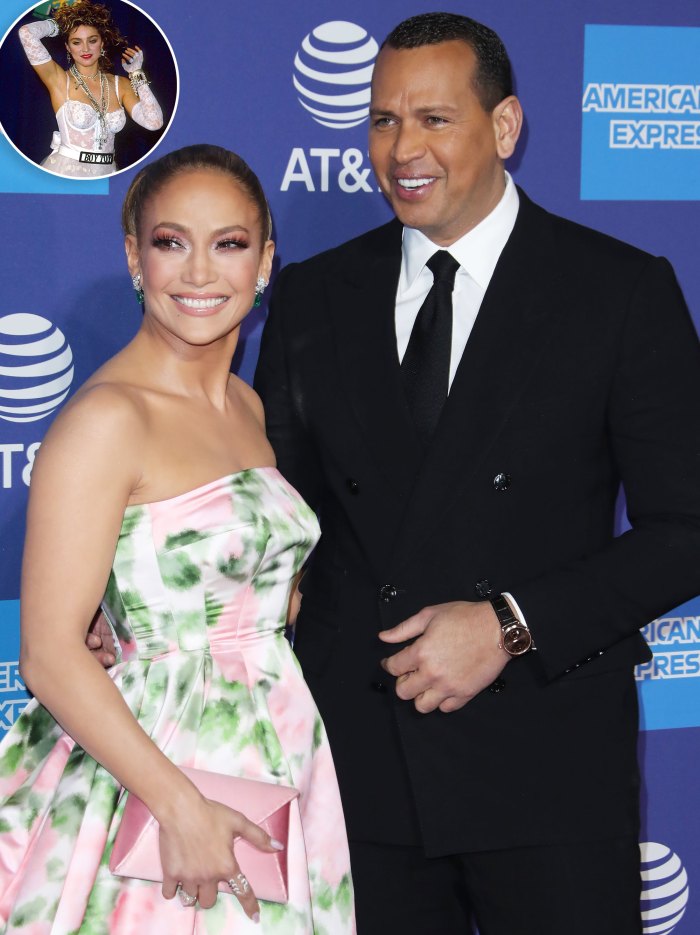 Both Jennifer Lopez and Alex Rodriguez have a long, very well-known history of A-list relationships. But according to J. Lo, it’s all in the past now!

During an appearance on SiriusXM’s Radio Andy on Monday, December 21, the 51-year-old star spoke with host Andy Cohen about her Madonna Halloween costume. When Cohen, 52, asked Lopez if it felt strange since her now-fiance “dated Madonna for two seconds,” the pop star responded with a laugh.

Back in 2008, rumors about the baseball legend and the Queen of Pop circled following his divorce from Cynthia Scurtis. Though neither Madonna nor Rodriguez has ever confirmed the fling.

During Monday’s interview, the Hustlers star also spoke about her impending wedding to Rodriguez. Back in April, they announced that they were putting their nuptials on “pause” due to the COVID-19 pandemic. “[We’ll] see where the world takes us,” the former New York Yankees player said during an appearance on The Tonight Show Starring Jimmy Fallon. “Obviously, this is an unprecedented time. And for us, we just want to make sure that we think safety first and make sure that all the little ones are in a good place.”

Now they aren’t sure if they even want to get married. “At our age, you know, we’ve both been married before,” Lopez told Cohen Monday. “It’s like, ‘Do we get married? Do we not? What does it for us?’ And it just comes down to personal … like, ‘What do you want to do?’”

She continued, “It was really sad because we were supposed to get married in June and we had planned at all.” Originally they had planned to get married in Italy, but then it became the epicenter for the pandemic outbreak. “So we canceled it. And then we tried to regroup for later in the year, a few months ago. And I was like, ‘Nope, still not the right time.’ So it was just a little disappointing.” Black Women Have Been Erased From Streetwear Culture