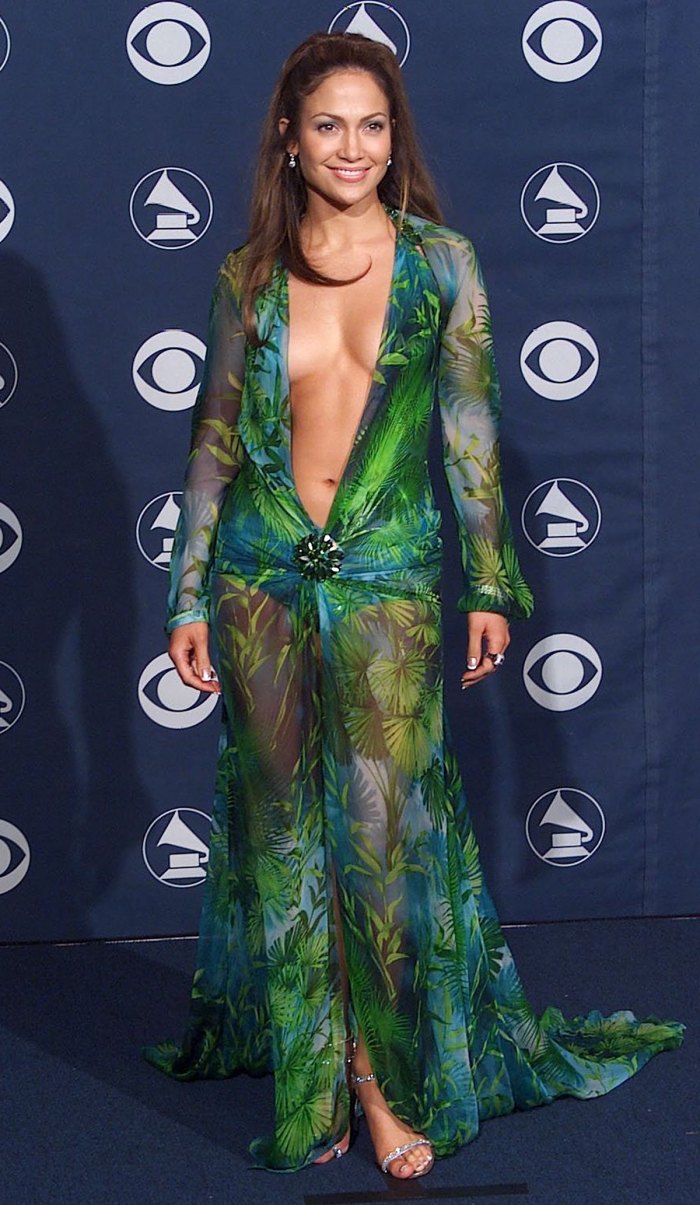 No surprise here! Google revealed that Jennifer Lopez’s Versace dress is the most searched Grammys celebrity fashion look since 2004. But that’s not all! There are actually nine other stars included on the list that people seem to be curious about and some may shock you.

With the 2021 Grammy Awards happening this Sunday, March 14, we’re taking a moment to reminisce on past style stars from the unforgettable to the unexplainable.

At number two is Joy Villa, who, for the past few years, has consistently worn controversial ensembles that express her conservative and Republican beliefs. 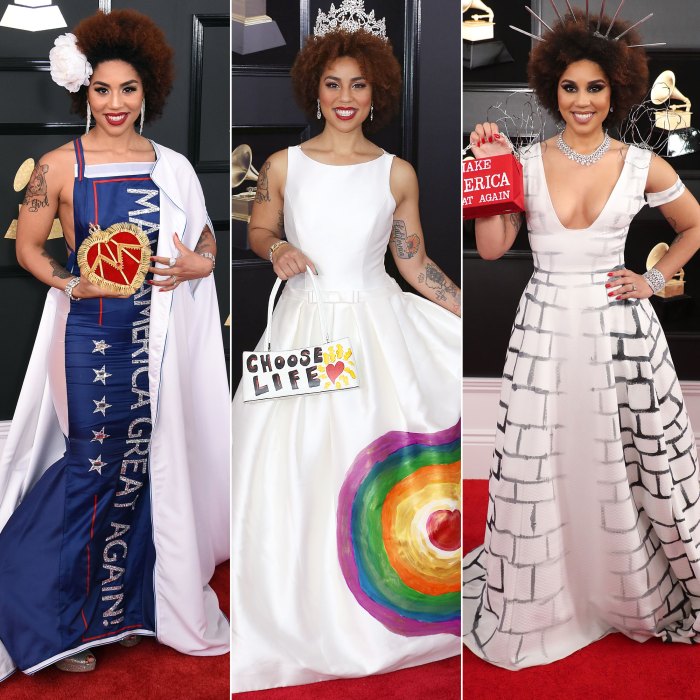 In 2017, she walked the red carpet in a blue dress that had Donald Trump’s slogan “Make America Great Again” printed down the side. In 2018, she wore a pro-life gown with a hand-painted image of a fetus on the skirt. She continued this trend in 2019 in a white dress that featured a brick wall print that read “build the wall” on the back, and again in 2020 with a “Trump 2020” red latex gown.

She told the Hollywood Reporter in February 2019 that she uses the red carpet platform as a way to “wow” people. “My heroes on the red carpet have always been Cher, Madonna, the wild ones; the worst dressed. Or Lady Gaga with the meat dress. Who even talks about the best dressed? No one even remembers who was best-dressed last year!”

And surprisingly, none of those artists were most searched!

Some of the people we didn’t expect to see on the list include number three’s Whoopi Goldberg, Teri Hatcher at number four, Gwyneth Paltrow at five and Kate Winslet in the ninth spot. Who even knew Rose from Titanic had a Grammy Award!

Then there were those who ranked lower than expected considering they’re iconic music careers like Fergie, Beyoncé and Queen Latifah.

Giuliana Rancic closed out the list at number ten. She’s essentially become a staple on every red carpet thanks to her stylish reporting, so it makes sense people always want to see what she’s wearing.

Seashell inspired fashion is back, but this time it’s grown-up