SHE never lets her curves stop her from wearing exactly what she wants.

But Steph Oshiri has also come to realise that her love of revealing ensembles also makes her a target for trolls.

Steph Oshiri took to TikTok to insist that despite the comments from trolls she received about this dress, she loves itCredit: TikTok/@stephbaby333 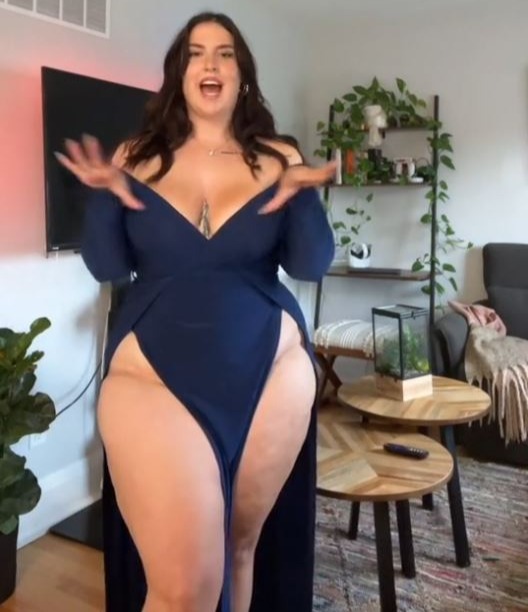 The dress featured a bodysuit clasp to protect the wearer’s modestyCredit: TikTok/@stephbaby333

She recently took to TikTok to share a video of herself wearing a navy dress from Forever 21, which featured a very low cut neckline and two very high slits up to the hip.

While there were many complimentary comments about the ensemble, the comments section was peppered with insults too.

But Steph isn’t letting them bother her.

She returned to her TikTok page to share another video, over which she wrote: “I may have been roasted for this dress but I love it.” 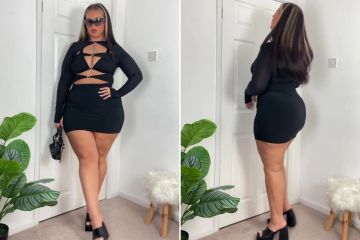 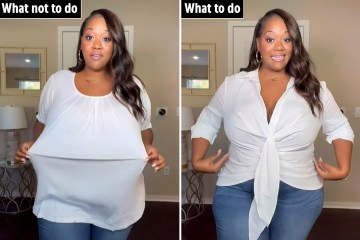 In the clip, she explained that the dress had a bodysuit clasp to maintain the wearer’s modesty – but it was a bit tricky getting it to stay done up.

“It took me an ungodly amount of time to get into this dress because it has one of those clasps that clasp right there, and it just kept snapping open,” she said.

She added in the caption: “I personally think its giving greek goddess.”

And the majority of people in the comments agreed, with one writing: “Aphrodite vibes.”

“You look amazing,” another added.

“This dress is PERFECT on youuuu!!!!!!” a third commented.

While someone else wrote: “Personally I’m too self conscious to wear this kind of thing, but your confidence adds to the look and you look incredible!”

“Wear what you want love! Only have this one life. Don’t hold back!” Steph replied.

And others admitted they were more than a little impressed with the bodysuit hack on the discontinued dress.

“Like a bodysuit clasp? cuz that’s actually a really good idea for these kinds of dresses!” one wrote.

“1. a bodysuit clasp is GENUIS for this dress. 2. YOU LOOK AMAZING.” another added.

As a third commented: “Omg I didn’t know it had a clasp! I always thought it was basically unwearable.”