FINDING clothes that fit can be difficult at the best of times, but one woman says that her AAA cup breasts make this even harder.

TikToker @_mystylediary has posted a number of videos showing her experiences of shopping with smaller boobs, and how nothing seems to fit.

TikToker @_mystylediary says she struggles buying tops due to her cupsizeCredit: Not known, clear with picture desk 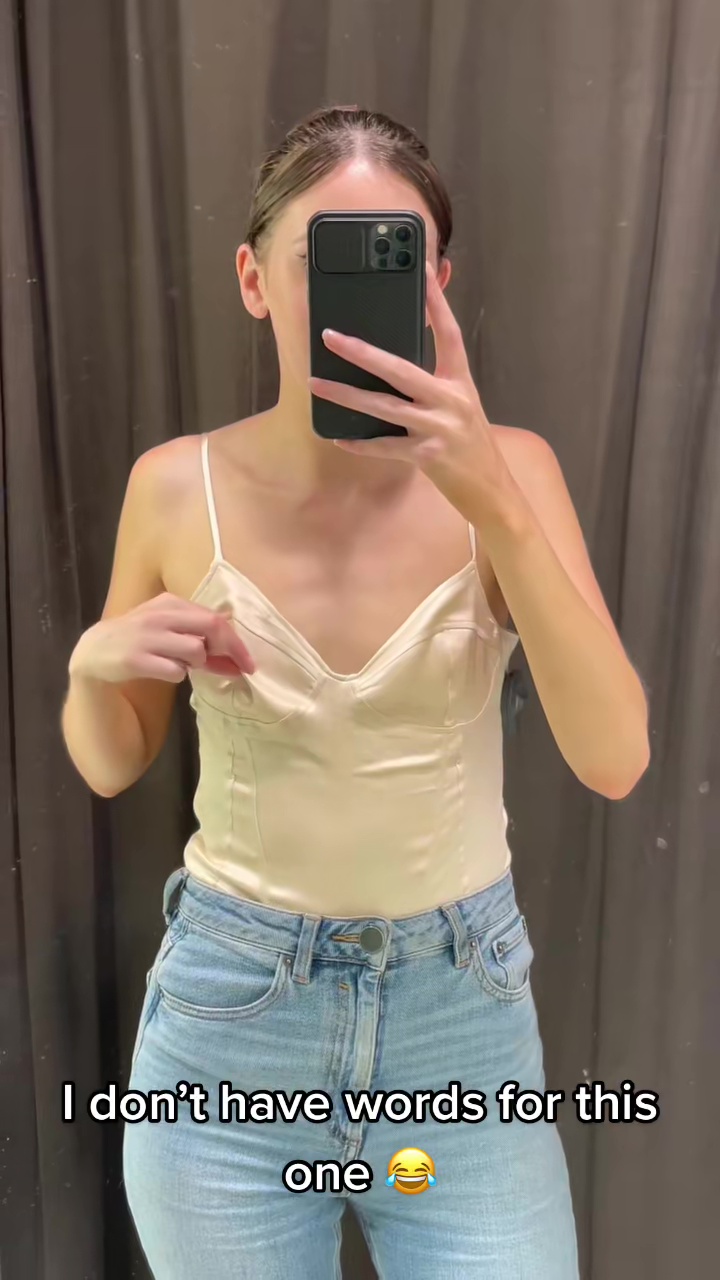 In one video recounting a recent shopping trip, she attempts to try on some items she’s picked out, however she quickly finds some major problems with these clothes.

The first item she tries on is a dress, which looks great from the front, but when she turns to the side she finds herself the unfortunate victim of the dreaded nip slip, meaning that while the dress is pretty there’s a definite no to buying it.

Another dress she tries, is also a no, when the fabric bulges and hangs in the chest area.

Then she tries a top that has built-in cups – which anyone with big or small boobs will know is something of a no-go.

She also tries on a gingham style top, which she says looks nice from the front but not from the side, thanks to extra fabric and gaping.

And this is the case for this fashionista, who says: “I don’t have words for this one.”

In the comments section, other small-breasted women shared their similar experiences of shopping, with one writing: “I understand this omg I’m an A but looks like double A”

“Today I went shopping, and I found a beautiful dress!!! But I had the same problem… I was so frustrated!” shared another.

A third added: “Bless you! I have struggled being an A! Cannot imagine how difficult it must be for you! You’re so beautiful.”

Others have shared a similar, yet different, experience, with one viewer commenting: “I wish I could give you some of mine! They don’t fit in anything either, but too big!”

And another added: “Same, but I’m a F/G cup. Nothing fits properly on me.” 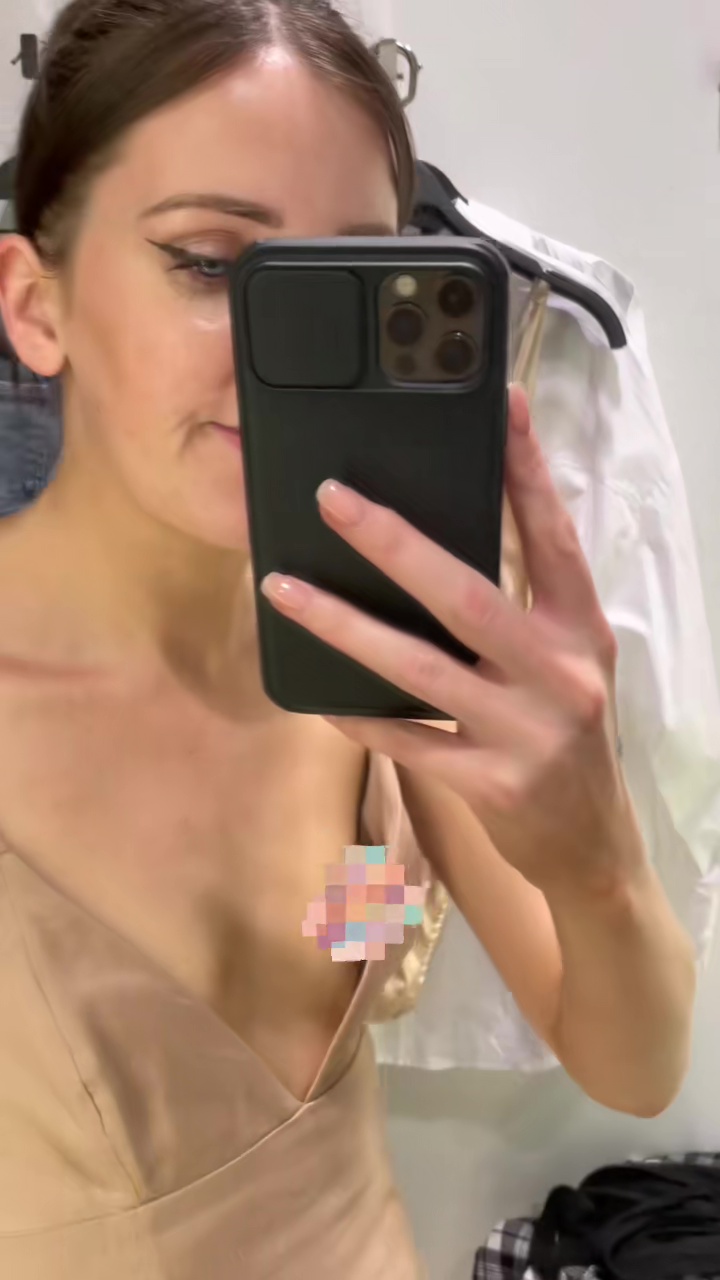 One top gaped so much she couldn’t even attempt to wear it outCredit: TikTok/@_mystylediary 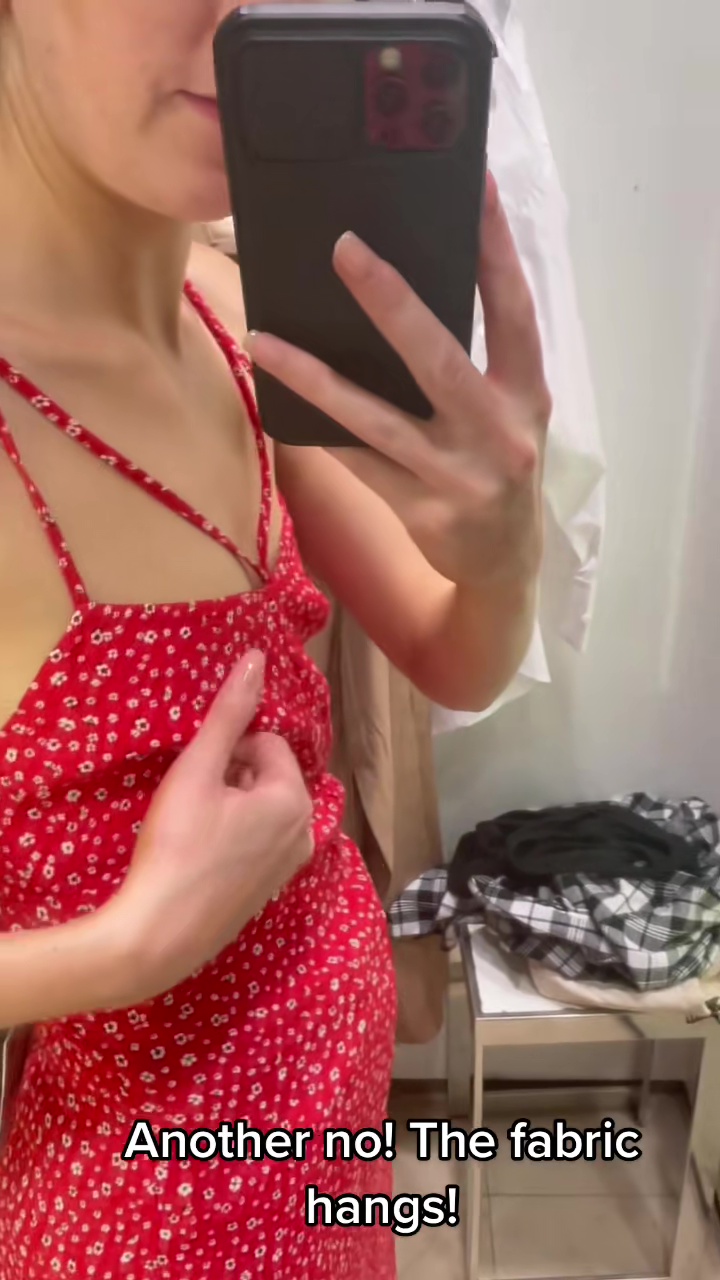 Some of the outfits just hung slightly too far off her bodyCredit: TikTok/@_mystylediary

How to wear the ‘constellation’ earring trend