If you’re a fan of heavily-branded shoes, you might want to take a long, hard look at your wardrobe.

If you’re a fan of heavily-branded shoes, you’re committing one of the ultimate tacky fashion mistakesCredit: TikTok / @alexandra.croney 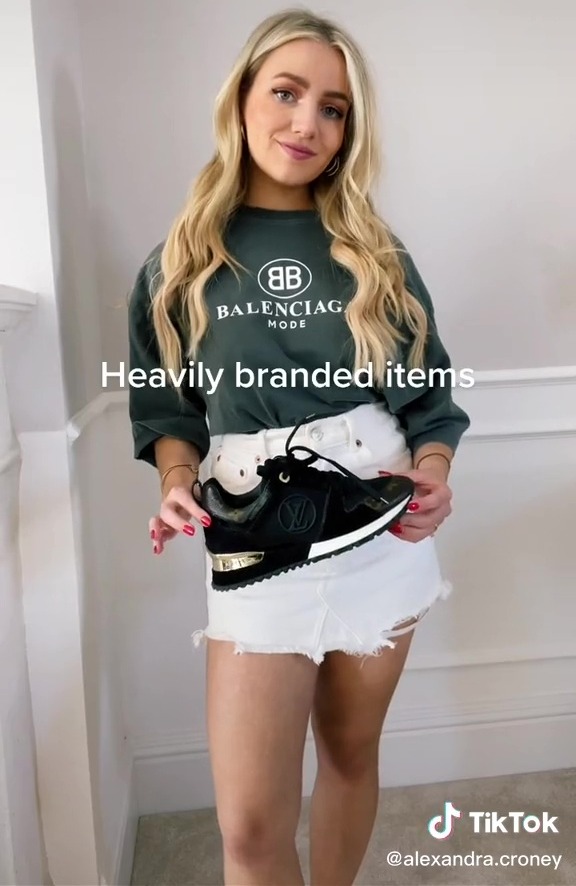 Despite her admission, Alexandra admitted that she herself often makes the fashion errorsCredit: TikTok / @alexandra.croney 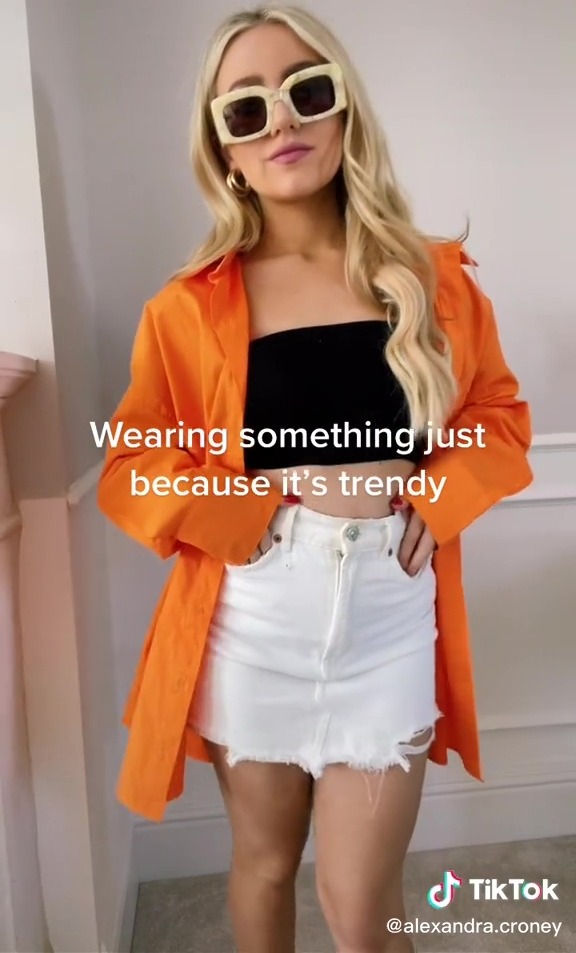 Another fashion error is wearing something just because it’s trendy and not because you actually like itCredit: TikTok / @alexandra.croney

Style guru Alexandra Croney took to TikTok to share a video in which she explained the “style mistakes that can make you look tacky”.

Refreshingly, though, she added: “I’m the tackiest of them all.”

First up, Alexandra wore a teeny black bra top and white miniskirt as she deemed “showing too much skin all at once” a tacky mistake.

Pairing the ensemble with an orange oversized shirt, she added that people who “wearing something just because it’s trendy” are committing one of the ultimate tacky sins. 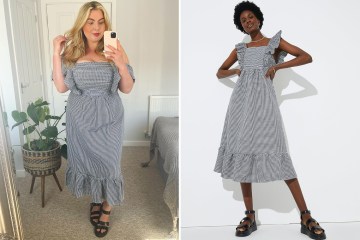 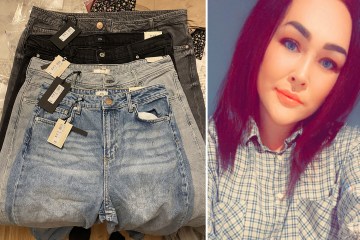 And lastly, Alexandra held up a pair of Louis Vuitton trainers as she slammed “heavily branded items” and admitted they make your look instantly tacky.

In the caption for the video, she wrote: “Style mistakes that can make you look tacky.

“But I’m sorry who doesn’t love doing these sometimes!”

And she was praised for her honesty by people in the comments section of the video.

“Absolutely love how you show what’s considered more ‘tacky’ but not putting people down for choosing to wear it,” one person wrote.

“Oh exactly!!” Alex replied. “Thank you! All of this is my clothes.

“I love this stuff too, I think it’s all about time and place!”

“I don’t care what anyone thinks and I’ll wear what makes me happy,” another added.

“I agree but business casual/blazers have always been trendy just not on tiktok, easiest way to spice up an outfit without looking juvenile,” a third commented.

“Yes!! I love this, I’ll gladly wear my cute fits that make me happy who cares if some people think it’s tacky,” another comment read.

“Definitely agree with the last one,” someone else said, referring to the heavily branded criticism. 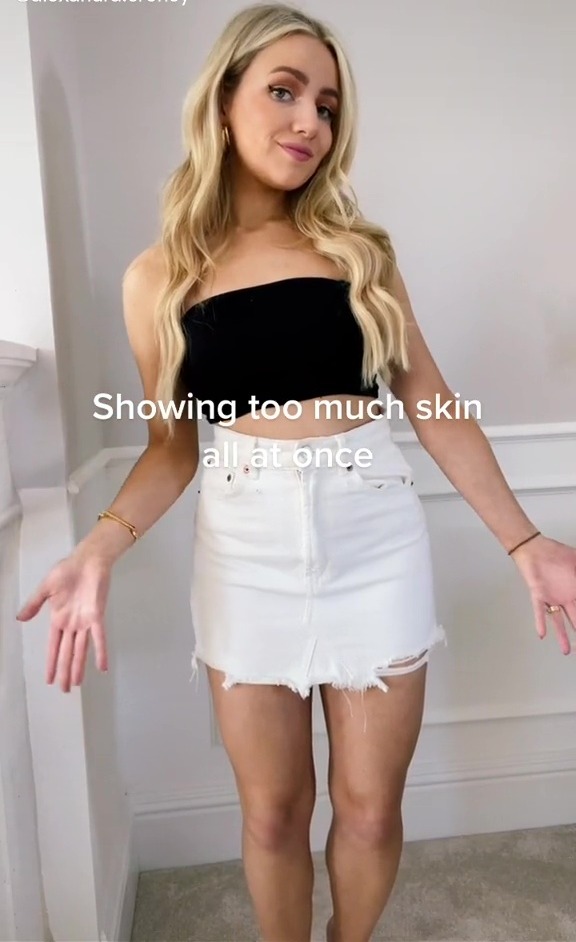 Alexandra included “showing too much skin all at once” in her list of tacky mistakesCredit: TikTok / @alexandra.croney 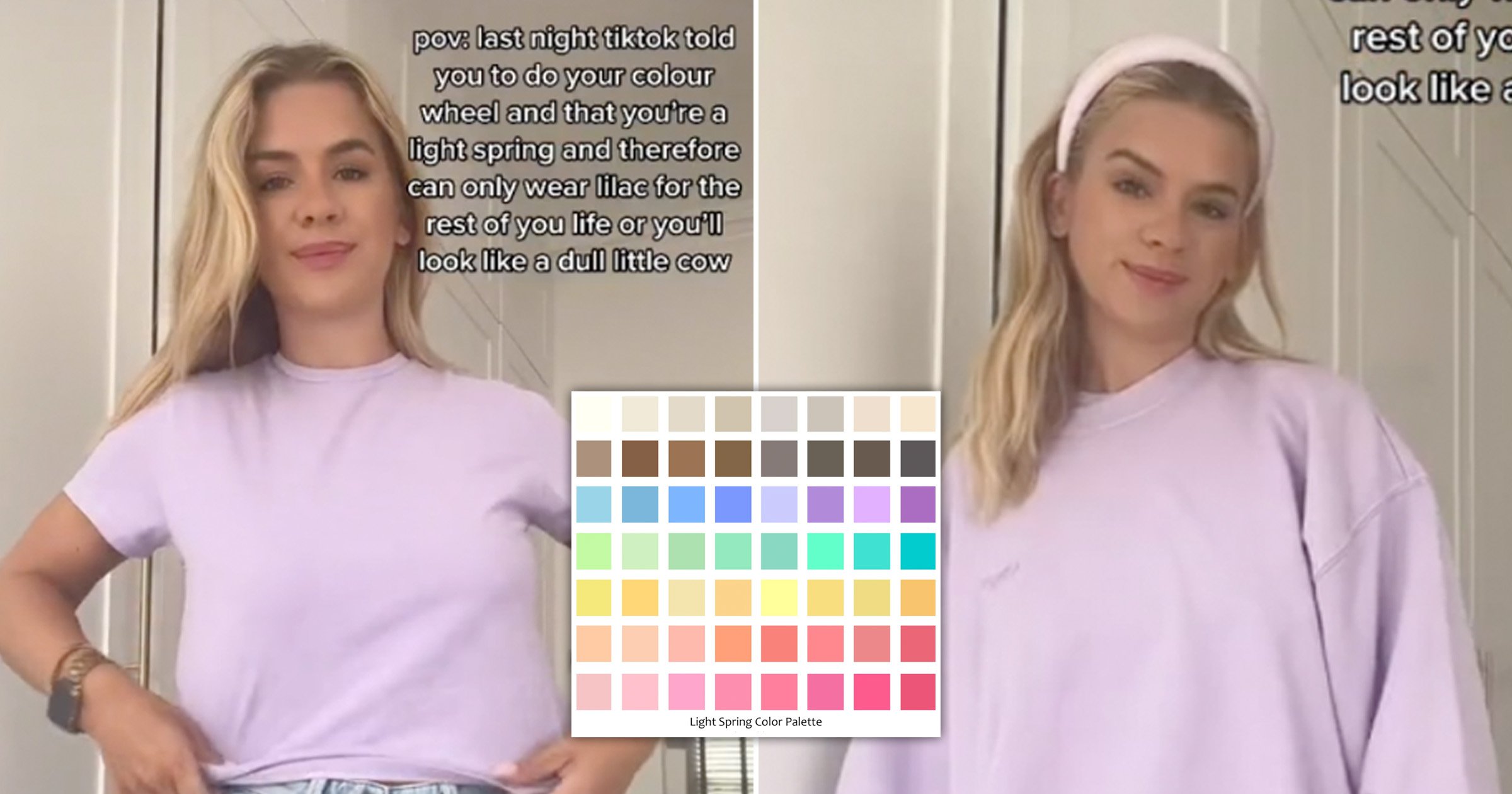