A TIKTOKER has showed off her latest fall fashion haul from Amazon – and revealed how impressed she was with her purchases.

Indy Belle Mitchell of Utah is an “Amazon Lover” who dedicates her TikTok account to fashion, fitness and lifestyle contentCredit: TikTok 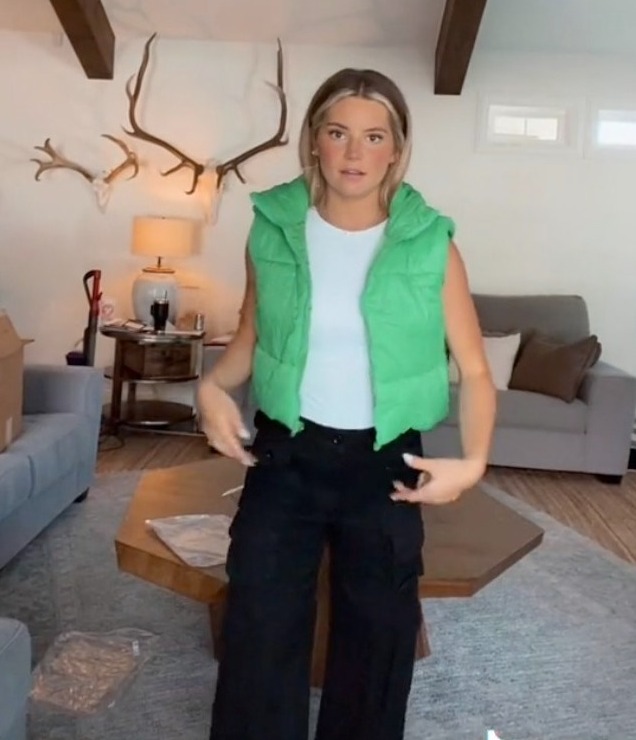 The crop of the puffer jacket is something she admired about the style of it complementing the cargo pants she also purchased from AmazonCredit: TikTok 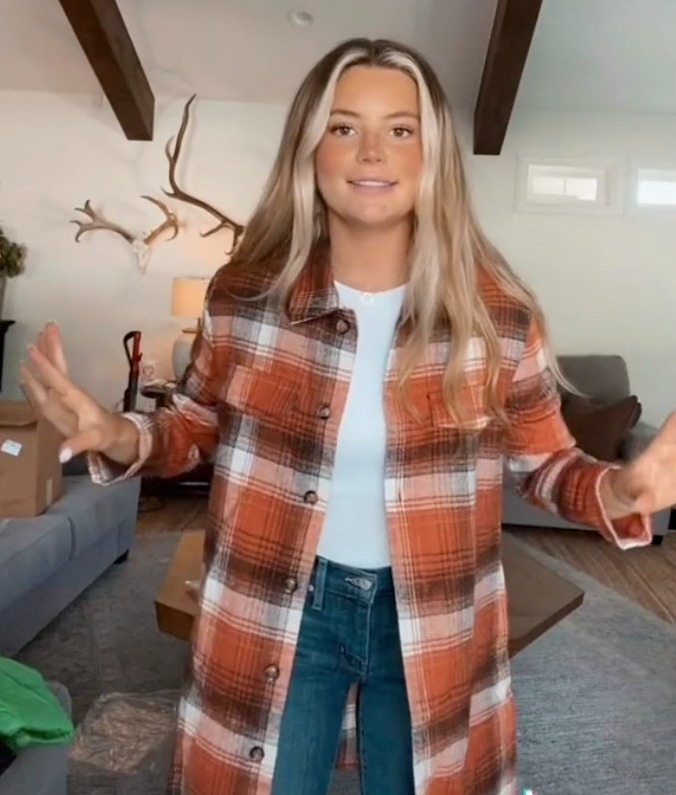 The TikToker, who has 237,000 followers, said she had just opened her Amazon package and felt that some of the clothing items she purchased were “really good pieces”Credit: TikTok

The TikToker, who has 237,000 followers, said she had just opened her Amazon package and felt that some of the clothing items she purchased were “really good pieces.”

She noted that the clothes she ordered were “fall vibes” because of their color.

“Obviously when you think of fall, you think of flannel,” she said describing a long-sleeved button-up shirt that she was holding.

“You also think of orange so, what better than an orange flannel?” 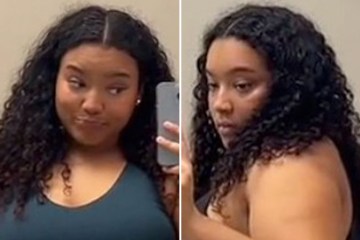 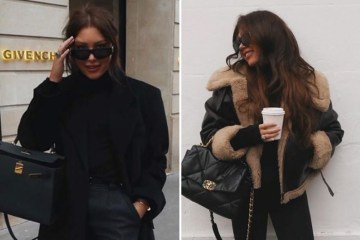 While wearing the orange flannel in the video, she goes on to say that longer flannels “take on a more sophisticated, put-together outfit look.”

“I love it and this was awesome because there [were] a million different color options too.”

Indy touched the shirt while saying that it felt “soft and warm.”

“This is just so fall, I’m so excited,” She added.

Indy says that she’s about to show one of her “favorite pieces ever, and I firmly believe that you cannot have enough of them.”

Stepping into the frame in leather, she said “come on guys, a leather blazer?”

Indy went on to say that she’s “obsessed” with blazers and that they’re “such a huge trend because I feel like you can dress them down with a rocker tee, a pair of shorts or jeans.”

“Or this could totally be a fancy business outfit.”

She described the fit of the blazer to be “girly and good” and noted that it has shoulder pads and “cinches in at the waist.”

The faux leather blazer is listed on Amazon for $30.99.

After a break in trying on her Amazon wardrobe additions, to say “guys, shut up these are so awesome,” Indy popped back into the video in black cargo pants saying they were “the cutest thing.”

“Cargo pants are a huge trend right now,” Indy said. “The pockets, the fit of them… I feel like these are perfect.”

She said the pants are black denim and they come with a belt that ties in the front. “I wish you guys could see all the details. They have a ton of pockets.”

The pants are about a medium-waist fit, she said, “which I think is perfect.” She went on to say that she didn’t think she’d like the cargo pants as much as she does.

She added a green puffer vest to her outfit with the cargo pants and stepped back as she began to say the vest was the cutest before getting distracted by the bright green color.

Indy said that puffer vests are cute to layer “all the time, even over sweaters or sweatshirts. It just adds so much.”

The crop of the puffer jacket is something she admired about the style of it complementing the cargo pants she also purchased from Amazon.

The puffer jacket comes in different colors on Amazon for $36.97.

Indy went on to show herself in cream-colored sweatpants with graphic designs on the front that she described as “super fun.”

She said the sweatpants are made of “really thick material” that she said was “very soft and comfy.”

The “cool and fun” sweatpants with skull graphics are on Amazon and available with various graphics for between $12.99 and $20.99 depending on the chosen sweatpant design and style.